If you're new to Rainbow Six Siege, you may find yourself a little overwhelmed with the number of operators in the game. 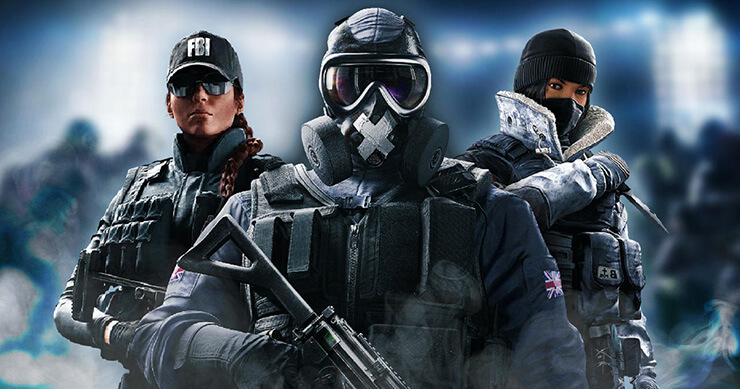 In this article, we have picked out the 8 best operators for new players so that you don't have to figure it out for yourself. We have 4 for the attacking side and 4 for the defending side.

Ash is an all-round attacker that'll serve you well regardless of your skill level. Firstly, Ash is faster than most other operators, which means it's easy to dip in and out of combat should the need arise.

On top of this, Ash has a very powerful grenade launcher that can break down reinforced doors and windows from a distance. Not only that, but her grenade launcher can back up as a powerful way to take down enemies in an enclosed area.

Ash's primary weapon is also very powerful and it doesn't take much practice to get good with it.

Blackbeard is a great attacker for people that feel they just don't get enough of a chance to react. With Blackbeard, you are given a small shield that can be placed on front of your gun. 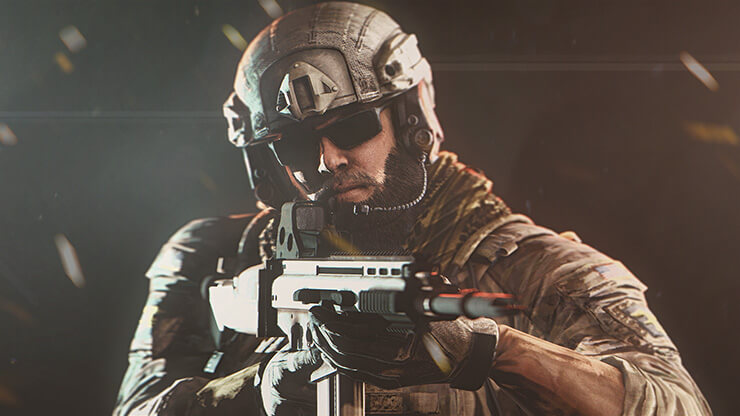 This shield can be used to block incoming bullets, which essentially allows you to peek your head around corners and through windows for free. You can still shoot when the shield is up 0 to balance this, there is a certain amount of damage it can take before it breaks.

So long as you peek head first and keep the rest of your body behind cover, you're able to enter into buildings and rooms with incredible ease with Blackbeard.

If you struggle to make an impact in a round as an attacker, you could opt for Thermite. Not only does Thermite have a nice selection of weapons, but he's also one of the few operators that can blast through reinforced walls. 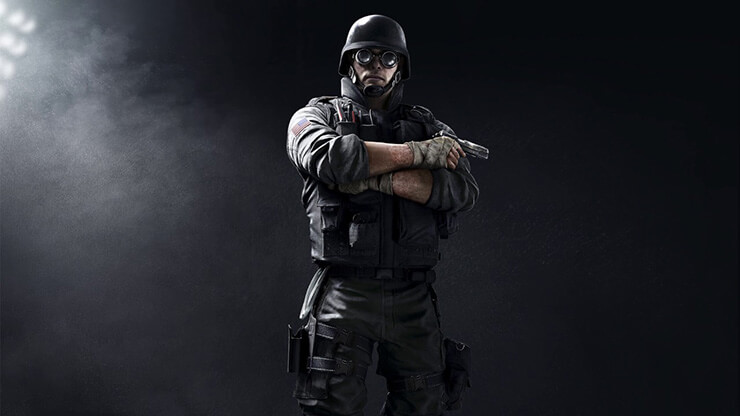 Many players will ask for somebody to pick Thermite, so if you want to play an important role without necessarily needing to get many kills, Thermite is a great option.

Finally, Thermite is a little tougher than other attackers. This also comes with a speed penalty, so whilst you won't be charging head first through windows or walls, you'll have a bit more armor to protect you from initial damage.

Zofia is one of the most powerful operators in Rainbow Six Siege right now. With Zofia, you can revive yourself if you get knocked down, and you also get access to claymore mines that explode when players enter their proximity. 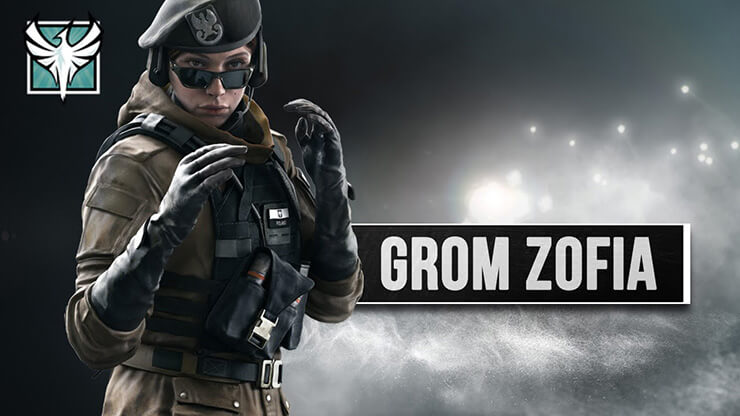 Zofia also has a grenade launcher that can cause massive damage to walls, windows, and other players. Many people consider Zofia as a fast operator that combines all of the positives from both Doc and Ash. It's almost like you get two operators in one.

We're now onto the defenders. For the first pick, we have Frost. With Frost, you are able to place down traps. If an operator steps into one of these traps it's almost a guaranteed knock out.

The great thing about these traps is that you can put them in locations players are most likely to step on, for example, underneath windows, and then sit back and let the traps do the work. 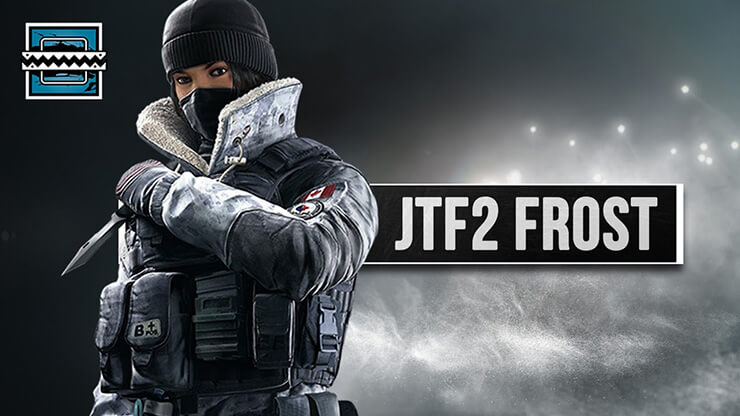 Frost's primary weapon is also a powerhouse - the C1 SMG is extremely accurate and can be used to get multiple kills in quick succession.

You won't always get kills with the traps, but it does happen every now and again. If you pair that with the rest of Frost's kit, you have a very strong defender that can be excellent at roaming through the map.

Mute is another operator that is very useful for providing value to the team without necessarily getting any kills. With Mute, you can place down jammers that can stop electrical equipment. 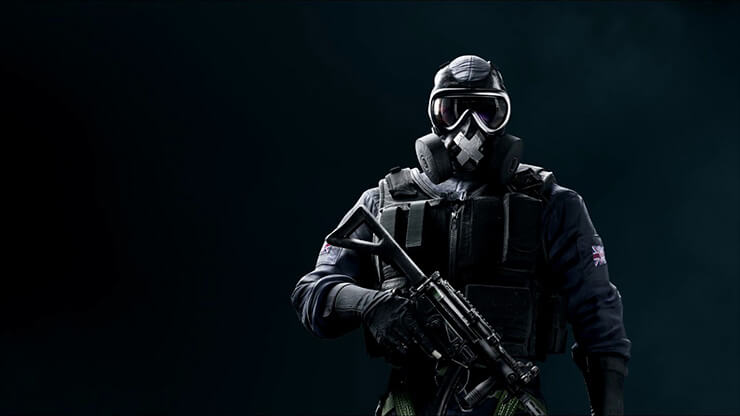 Mute can stop electrical charges and explosions from operators like Thermite and Hibana. You can use Mute's jammers to completely shut down a wall breach, which is very useful for stopping attackers from entering your room.

Mute also has a nice selection of weapons at his hands and you'll be surprised at how well he can do at bringing down other operators quickly.

Lesion can place down mines that are very hard to spot. If a player steps on a mine, they'll take damage over time - it won't kill players that often, but it'll bring their health down, making it easier to follow up with a quick kill. 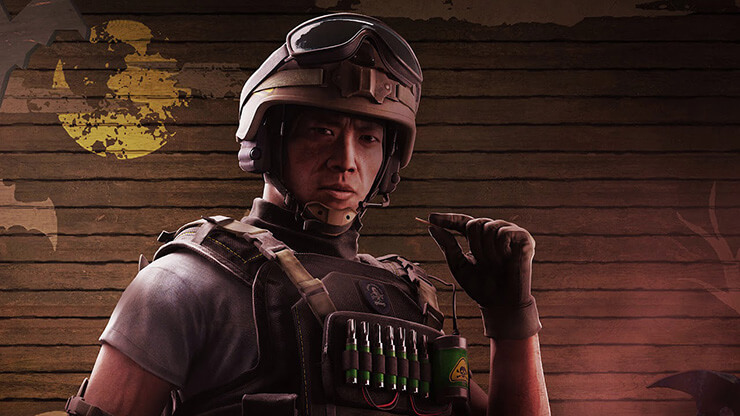 Lesion's mines also slow down players, which means they are great at stopping quick rushes from attacking operators. If you ever get frustrated with attackers taking you by surprise, Lesion is the perfect response.

For the final operator, we have Bandit. Bandit shares a similar functionality to Mute. With Bandit, you can place down shock wires that will add electrical charge to whatever they are connected to.

You can use shock wires on reinforced walls to damage attackers and slow down their breaches. 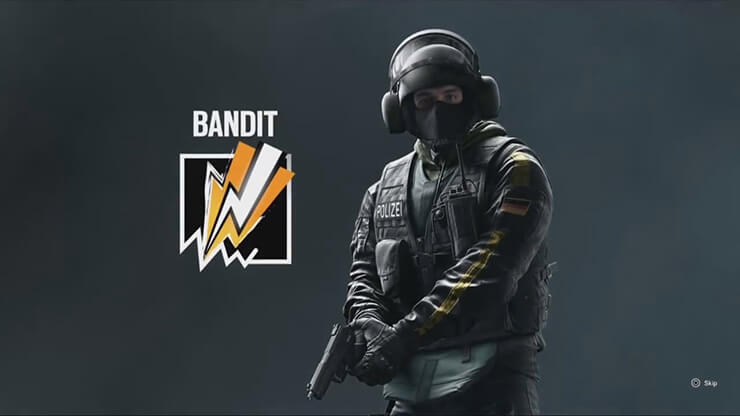 Or, you can attach shock wires to barbed wire to punish any flanking attackers. Bandit also has a very powerful MP7 SMG that many players have complained about in the past.

Being on the other end of the MP7 isn't a nice feeling - it has a very fire fire rate, a low time to kill, and a surprising level of accuracy for what should be a short ranged weapon.

We have the playmakers like Frost, Ash, Blackbeard, and Zofia for those that feel confident in their ability to aim.

Then we have the utility operators that bring much-needed value to the game without necessarily needing to kill others - this includes the likes of Bandit, Lesion, Mute, and Thermite.