The new Sanhok map has finally dropped onto Xbox. It has been a fan favorite on PC for some time now, so it's exciting to see console players finally getting their hands on it.

In this guide, we take a look at the best landing spots on Sanhok for Xbox players. Keep in mind that the information in this guide can be useful for those that play on PC as well. 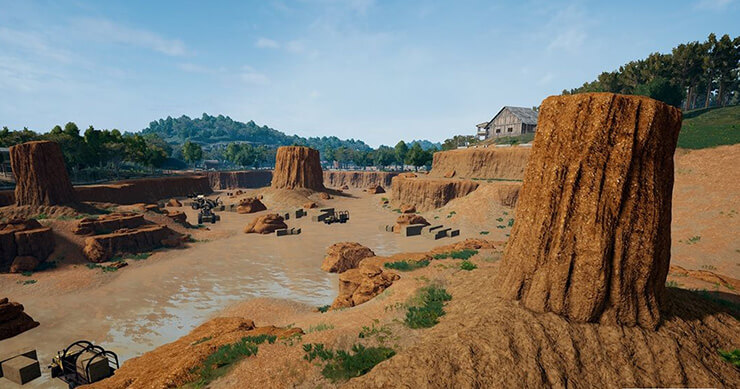 If you're new to Sanhok, you should stick to these areas for the best chance to get geared up and still be alive after the early stage of the game.

We'll explain why each place is good and what to keep in mind when landing at each spot.

If you want some fast paced action straight from the get go, but you don't like your action too hectic, Pai Nan is a good middle ground. You'll often find multiple groups landing at Pai Nan, but with a river splitting the area in two, the initial fights are segregated between these two areas.

There are also many buildings in a small area which means even if a player lands right next to you, you can often find a short moment of peace in the building next door to them. 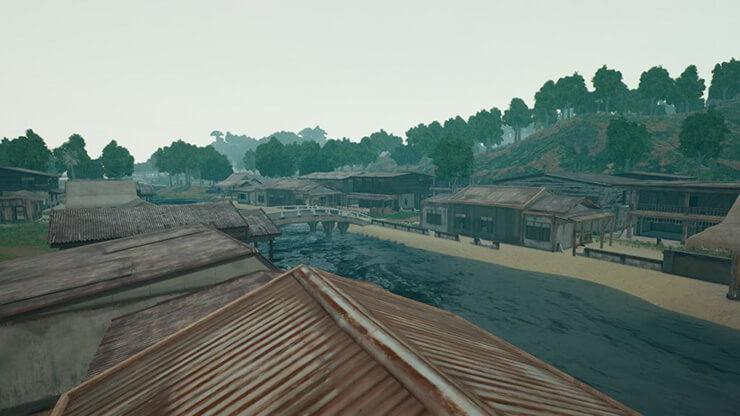 Once you are looted up, you can move from building to building, or climb on the roof tops and take out players on your side of the river.

After clearing your side, you can start to make your way over the river or across the bridge to finish up the remaining players on the other side.

Pai Nan is fun and always filled with excitement but you're not going to get as overwhelmed as you get when landing in a place like Camp Alpha or Paradise Resort.

The quarry is an excellent spot to land at. For some reason, very few players land at the quarry. Many players believe that because there are no buildings in the quarry, the loot is bad.

This couldn't be further from the truth. Land straight down into the center of the quarry and you'll find guns, meds, and equipment spread across all of the stone blocks. The mounds of dirt in the center are also covered in loot.

If you want to get looted up as quickly as possible, I've found the quarry to be one of the best places on Sanhok. It's rare that you find players here, and what's even better is that if you do find players, it's very easy to leave them to their own devices, loot up, then leave, or engage on them, depending on your play style.

One thing to keep in mind is that you shouldn't stay in the quarry for too long. Once players start to move in as the play area shrinks, the quarry turns into a death pit as all players surrounding the area peek in to check for enemies.

Docks is another place that has a similar flow to Pai Nan. You land, loot up, and can take part in fights immediately. There are two large ships that can be looted, as well as multiple warehouses on land. 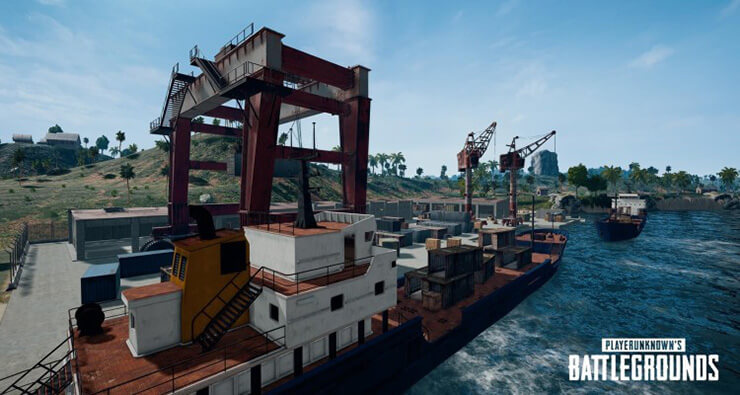 It's up to you where you land, but the story is mostly the same. Pick an area that is unoccupied, find a gun, then hunt down the other players.

Docks is out of the way enough for players not to completely swarm the area, but it's very rare that you'll land at Docks with absolutely nobody there.

Ban Tai is another area that's on the outskirts, but it has a surprisingly high level of activity. Usually, you'll find 2-3 groups at Ban Tai, but the open nature of it forces those fights to be over very quickly.

Ban Tai can be a great spot to have some insanely fast action and some quick loot. If you survive Ban Tai, you get to gear up freely without threat from any players. 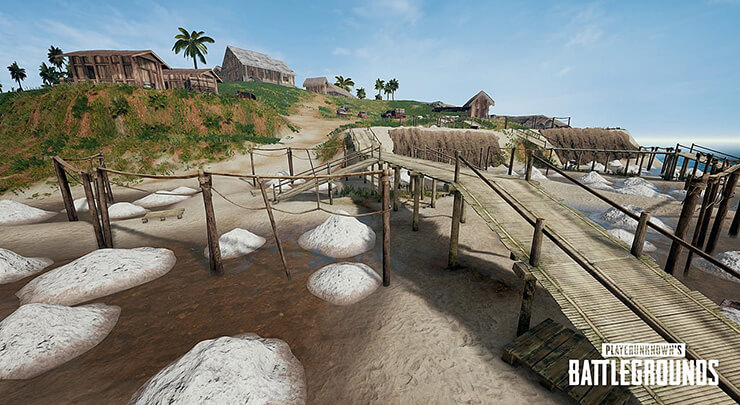 Once you are ready to leave, you can climb up on the hill to the south of Camp Charlie and pick off any remaining players that are still in that area.

Ban Tai is a little more frustrating than the other spots on this list due to the fact that most of the loot is right out in the open. Your best bet is to occupy one of the two main buildings and gear up there.

If you are the kind of person that likes to loot up in relative peace right outside of a popular location, you will love Tambang.

Despite being right next to the Ruins, arguably one of the most popular areas in Sanhok, Tambang itself gets very little attention. 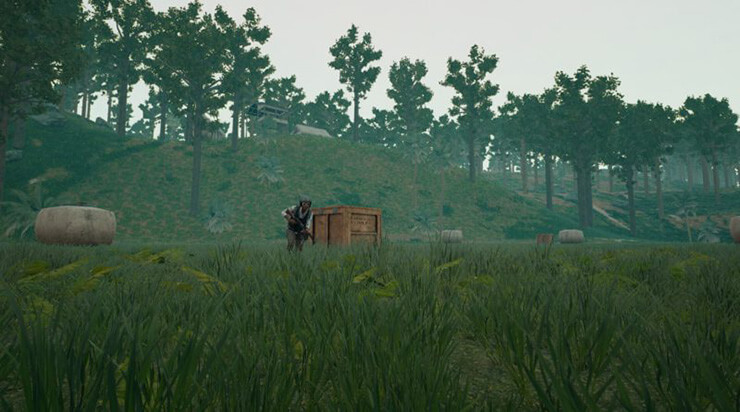 Tambang is also split into four major areas - three sets of building areas, and then a small seaside area.

It's quite easy to choose one of these spots, get the loot all to yourself, and then when you're ready, make your way to the Ruins to get in on the action.

Finally, we have Tat-Mok. Out of all of the spots on the map, Tat-Mok is perhaps the furthest from any of the major spots like Camp Alpha, Camp Bravo, or Paradise Resort.

Because of this, you're able to loot up in relative peace, wait for the play area to show itself, and then move in closer. Because Sanhok is so small, it's still likely that other people will land at Tat-Mok, but from my experience, that chance is slimmer than most other spots.

You are also given lots of cover so it's fairly easy to keep out of danger until you're ready to pounce.

To summarise this area, I'd consider Tat-Mok an excellent option for those that like to play more passively, biding their time and waiting for the shrinking play area to whittle down the player count.

That sums up our look at the best landing spots on Sanhok. Hopefully, the information in this guide has proven to be useful. Good luck out there!