Why We're Excited About The 2019 Spawn Remake

Published in Entertainment on 12th October, 2018

With the multitude of great movies set to come out in 2019, there are rumors of one that has us very interested. Many of us remember the 1997 Spawn film, on top of the animated series and comics that exist for the character. Among those who are fans, it's well known that Spawn has one of the darkest storylines. 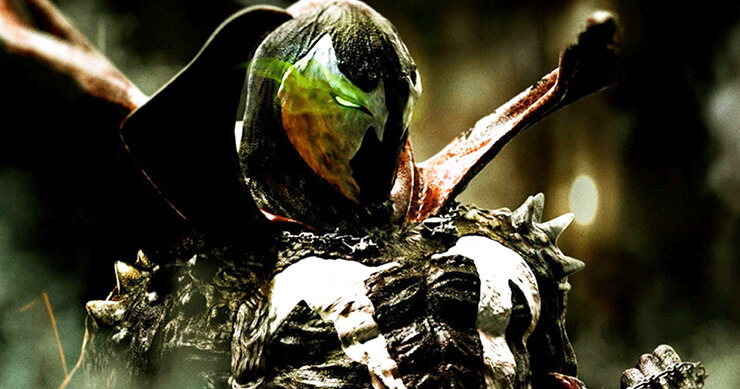 While the orginal film did a great job, there are leaps and bounds that a new Spawn film could make, which stand the chance of adding greatly to the overall plot. In our excitement, we've decided to take a look into the information currently out there for this film, and share it with you!

One Of The Darkest Heroes Out There

For those who aren't familiar, or have forgotten, Spawn tells the story of Al Simmons. As a top-notch marine, well-known for his feat in protecting the president from assassination. As a result, he enters into some of the highest levels of the CIA.

However, it doesn't take long for Simmons to become suspicious of the actions of his agency. In getting too close to the truth, he triggers the events that lead to his own death at the hands of his partner. Because of the actions he took within the agency, Simmons is sent directly to hell.

Rather than going quietly, Simmons comes to an agreement with the devil Malebolgia. Exchanging his soul for one last chance to see his wife, he soon finds that he gets the short end of the deal. Then, he's forced to face the nasty creature known as the Violator.

And We Love It!

It's the darkness of the story, and the requirement of Simmons to work for a devil that makes this story so interesting. The deaths involved also take the story of Spawn to a level that most superheroes try to steer clear of. 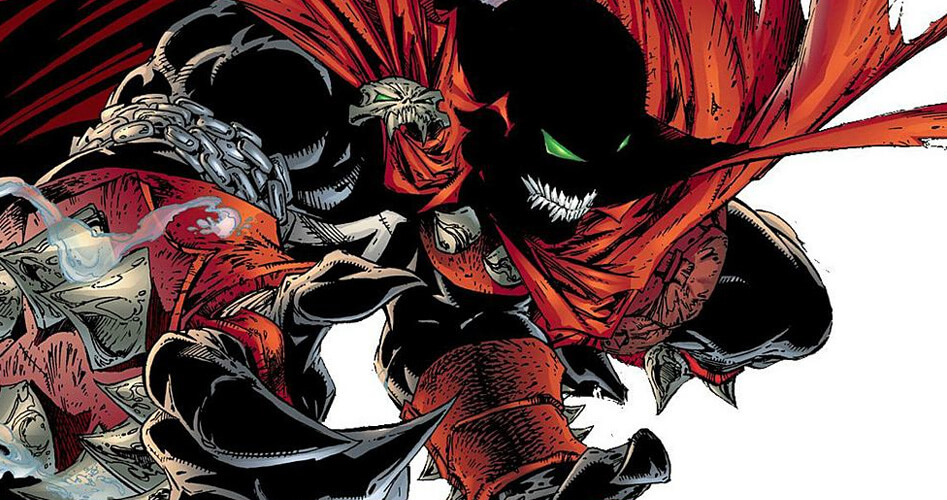 On top of that, Spawn is a character that begins as an anti-hero and moves towards becoming a full on hero through his defiance of Malebolgia. The story also offers the opportunity to go so much deeper, into Simmons taking on creatures from Hell itself, similar to what we see with the Violator.

While the orginal Spawn film is a cult classic, it's also one that many people find could have been made better. There are aspects that come off cheesy, or too obvious. This potential remake stands a chance of telling the story in a more well-crafted way.

Because it's still in the very early stages of planning, there isn't a lot known yet about the potential cast and crew for the Spawn remake. It's set to be written, directed and produced by Todd McFarlane, and also produced by Jason Blum. 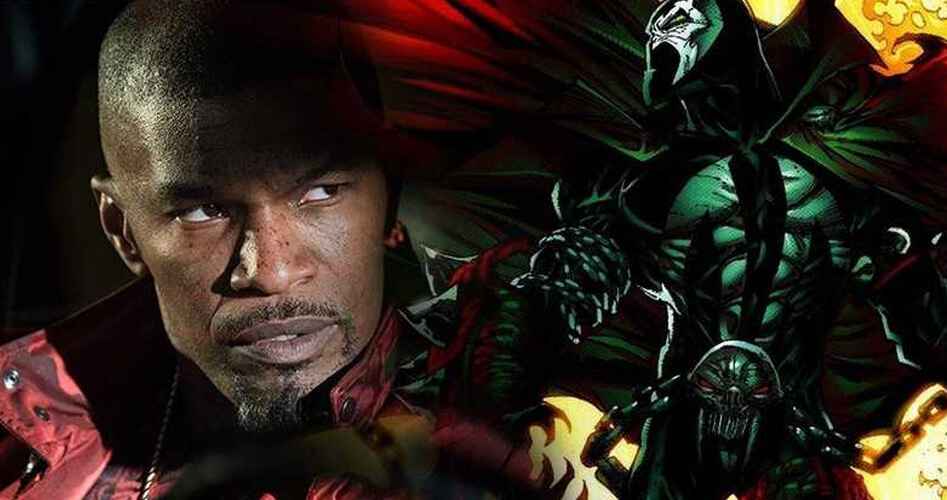 There are also a few ideas for the cast in this feature, though there aren't many. Jamie Foxx is expected to take on the roll of Al Simmons, AKA Spawn. Meanwhile, Twitch Williams is expected to be playedc by Jeremy Renner, who is more commonly known for his roles in Avengers films, Louie and American Hustle.

Furthermore, those who are familiar with earlier Spawn concepts are aware of the interesting characters who may make an appearance in the upcoming film. Spawn, of course, is the primary concern for many fans. However, Twitch Williams is also a character who may be an interesting addition.

In addition, some of us may also be wondering if and how the villains will make themselves known in this film. Malebolgia and the Violator are a very interesting pair in the earlier film, and it would be exciting to see how the characters can be updated with current filming techniques, CGI and modern makeup and costumes.

Compared to most superheroes out there, the story of Spawn involves much darker issues, especially with regard to including imagery of hell, demons and murderous clowns. This is great for drawing in those of us who may get tired of the standard "beat them up and leave them for the cops" routine. 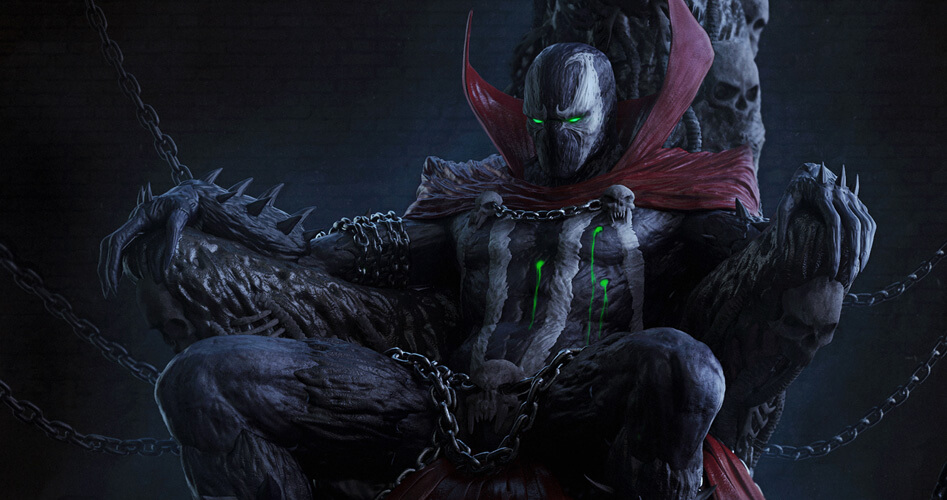 In fact, the story of Spawn even begins with death, the death of Al Simmons. Consequently, the tone is set for a dark world involving a hero who no longer belongs in the living world. Instead, he finds his place taking down ruffians, demons and the like.

The Potential For A Different ViewPoint?

Though it's still very early in the process, there are rumors that the new Spawn film may not actually focus primarily on Simmons himself. This could make for an interesting change-up, or it could leave some viewers disappointed at the lack of the character meant to be primary to the plot.

Instead, there are thoughts that the film is more likely to focus on Twitch, as he works through the mysteries involving Spawn. Depending on how the story is told, it could still make for a very interesting story. It's also worth keeping in mind that this new film could just be the beginning, if people enjoy it enough.

Obstacles In The Path

Many of us may be wondering whether the new Spawn is likely to be a remake or the orgininal, or potentially a re-imagining of the storyline. This can also lead us to wonder if we'll see the same kinds of obstacles and villains that made an appearance in the original film. 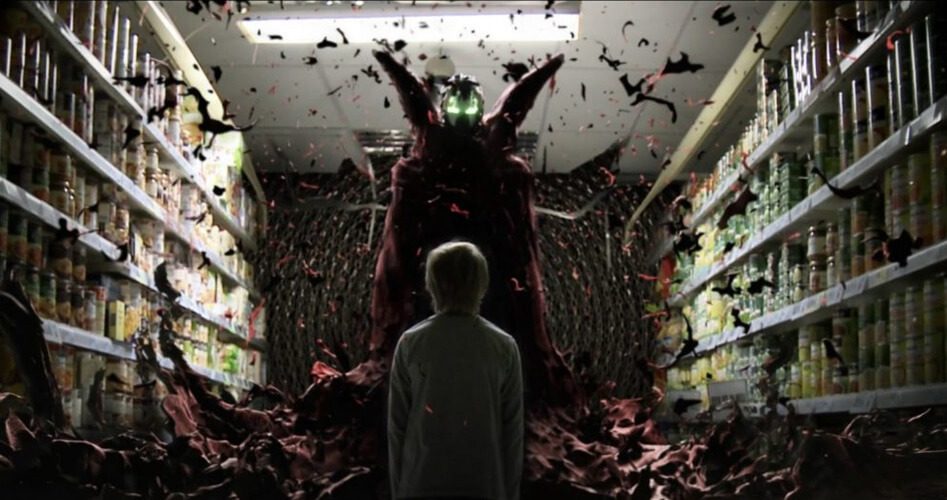 While some of the obstacles we see in the original film might not be a big deal, there are some we'd miss if they were left out. For example, the appearance of the Violator, and his incessant badgering of Spawn throughout the film. They make for an interesting duo up until the end.

Furthermore, the pain that comes from Simmons learning of his wife's re-marriage to his best friends adds layers to the character that make the entire situation difficult on a deeper level. Without this piece, Spawn could be left a shallow hero.

What We're Hoping For

While there may be good reason for a potential focus to land more on Twitch than the actual hero, we do hope to see a decent amount of Spawn in a new film. He's a character with a deeply interesting story and a lot of inner pain that can really bring that story to life.

That said, our minds are open to what kinds of reimagining might be out there. There's a lot of hope that a new film might bring Spawn to the heights of hero-dom that the character deserves. Regardless of what directions it may take, we'll definitely be checking it out!

What Makes Spawn A Hero Worth Watching?

These days, anti-heroes are all the rage. We love watching characters like Deadpool do what other heroes won't, and certainly say what others won't. Spawn brings in the darkness without as much as the comical nature. He's a more serious hero, but one with a story that draws in similar kinds of fans.

Consequently, if you haven't checked out the comics, animated series or original Spawn film, it's well worth doing so! There is a lot about Spawn that makes him stand out from most of the standard heroes out there. Even if you love those heroes, he can add a little something extra.

If you're a big movie buff, this is one potential upcoming film to keep your eye on. It's currently only in the very early stages of creation, but most of the information out there leads towards it being released in 2019.

Keep your eye on updates, and you'll get to learn more about the directions this great film will take. It's definitely one to look out for if you're a fan of Spawn or superheroes in general! Assuming it continues smoothly through the creation process, it's sure to be a fantastic one.