Spider-Man PS4 is easily the richest, largest Marvel game we have seen yet. As well as boasting a huge open world, Spider-Man is filled to the brim with all sorts of Easter eggs and nods to the Marvel universe.

In this article, we have pointed out some of the top Spider-Man PS4 secrets and Easter eggs. Take a look through the list to see which ones you've spotted and which ones you may have missed.

If you keep up with any of the comics, you will know that A.I.M stands for Advanced Idea Mechanics.

A.I.M is a funded organization of terrorists that uses science and technology in an attempt to overthrow governments across the globe. In Marvel, many villains use A.I.M to get their hands on all sorts of interesting tech. 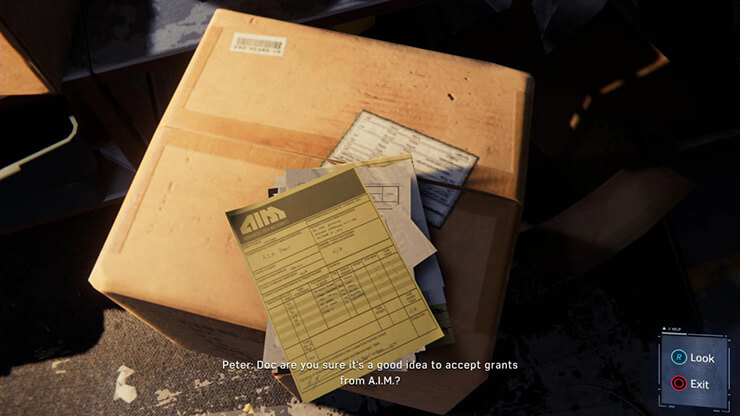 When Peter meets with Otto, Peter mentions that he's wary of Otto taking grants from A.I.M. It's a small nod of the greater Marvel universe that has been created after many decades of storytelling.

A Run-In With Screwball

Screwball is a very interesting character in the comics and she makes an appearance in the game. 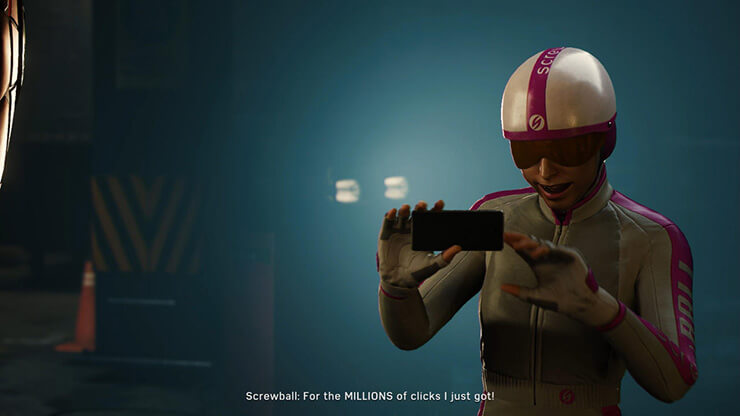 In a side-mission called Internet Famous, Spidey gets sucked into these strange trials after scanning a QR code. It turns out Screwball is behind the whole thing and is even recording it to upload the whole ordeal to YouTube.

If you remember the original three Spider-Man movies, you may recall a scene where Spider-Man has to use his strength and web to stop a speeding subway train. 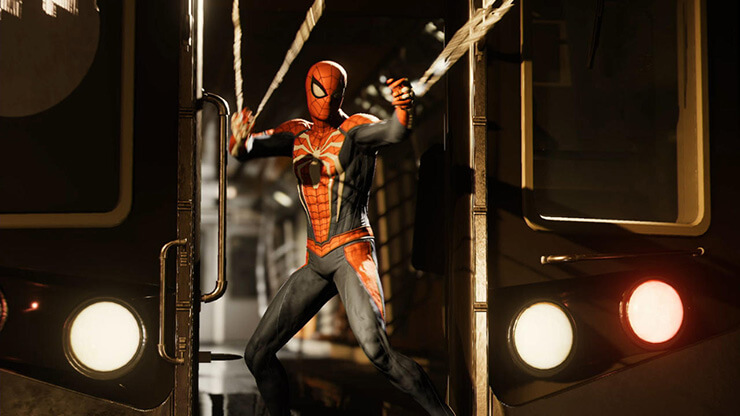 He performs the same act in the new PS4 game after fighting with Mr. Negative, then says "That totally worked the first time", basically giving a hint to the time it happened in the movie.

All Of The Backpacks

If you want a thorough trip through Spider-Man history, you have to go look for all of the backpack collectibles.

There are 55 of them in the game and collecting them can give you upgrades to your abilities. However, each backpack also provides a small piece of detail about Spider-Man and the Spider-Man lore. 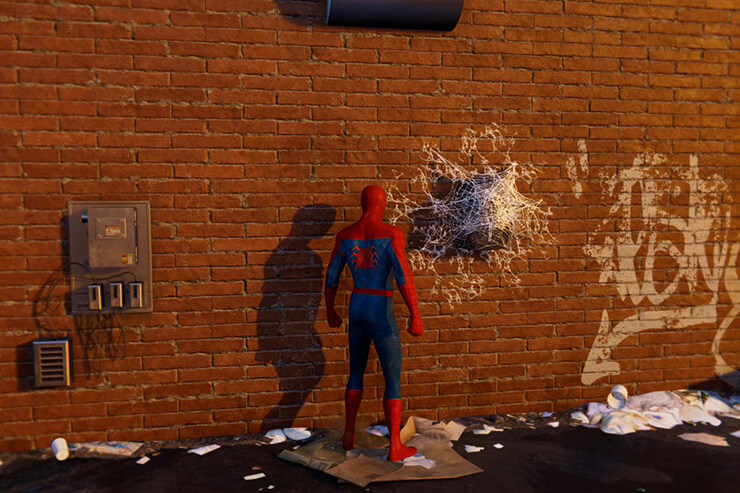 Insomniac put in so much effort to throw in details even the most hardcore Spider-Man fans will be happy to see. Anything from early concepts for Spidey's web shooters to nods to other Marvel characters like Daredevil are included.

We've thrown in a few of our favorite backpack Easter eggs throughout this article.

Perhaps the biggest Easter egg both in terms of physical size and popularity, the Avengers Tower is a big nod to the Marvel universe, and more specifically the MCU.

The Avengers get lots of mentions in the game's dialogue too, and it's clear that they will now make a bigger presence than ever in popular Marvel comics, movies and games.

Stan Lee is the man, and he just has to show up in Marvel movies at least somewhere. Well, now he has made an appearance in the Spider-Man PS4 game as well. 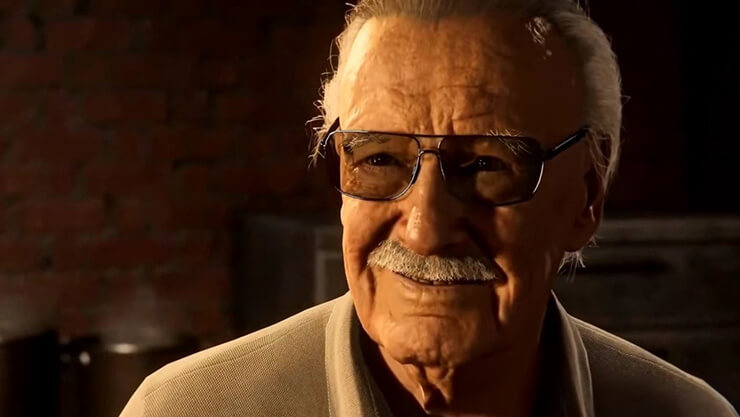 At the start of Spider-Man on the PS4, you'll notice Stan Lee starring as a man called Mick. He owns the restaurant that Peter and MJ visit together at the beginning of the game.

Now, we know Batman isn't a Marvel superhero, but can't we give him a bit of love anyway? Insomniac thought he deserved it, and they gave Spidey a small line in the game that shows him mentioning how great it would be to have some kind of Spidey-signal. 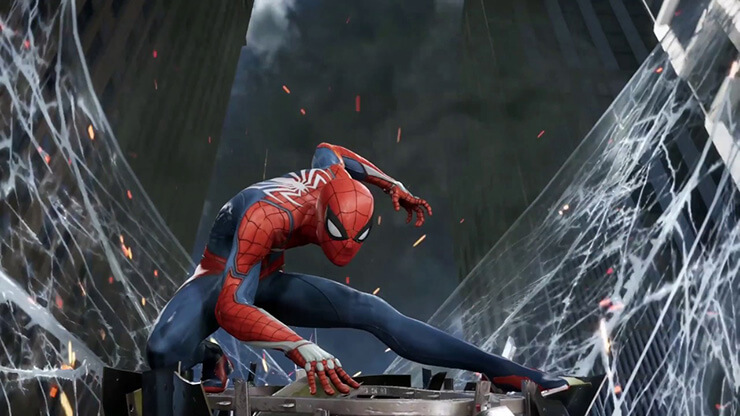 Spidey ends that thought with a quick "nah, we don't want to get sued". It's a nice way for Insomniac to give a bit of respect to the other big superhero universe without breaking any trademark rules, but it certainly seemed to break the fourth wall a little.

If you played the original Spider-Man 2 game, chances are it holds a sweet spot in your memory. Insomniac clearly took a lot of inspiration from the game, and they even included a small nod to it.

One of the backpack collectibles shows a colorful child's drawing that depicts Spidey catching a balloon for a small child.

If you played the game, you'll know that balloon catching was pretty much the extent of side-missions in that game. Oh, and stopping builders from falling off of skyscrapers continously, of course.

The side missions and activity in the city in the new Spider-Man game is far better, but we're glad Insomniac made a small mention of the past for us to find.

In the Spider-Man game, you meet with Dr. Morgan Michaels in an attempt to stop the Devil's Breath attack. Whilst Michaels is just an Oscorp biochemist in the game, he becomes more than that in the comics. 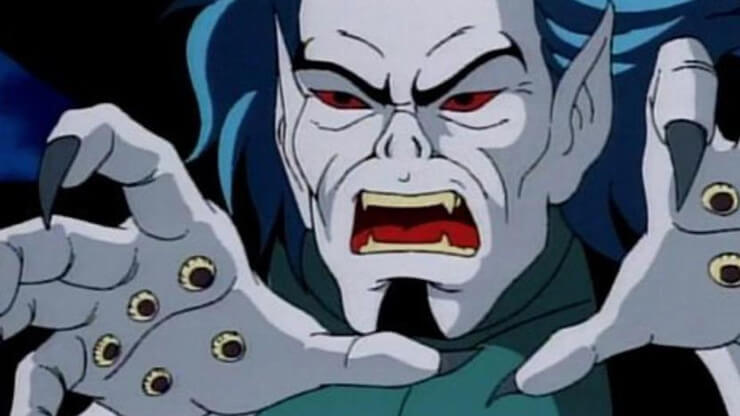 In fact, Michaels becomes a villain called Morbius after contracting a strange blood disease. In the comics, he tries to cure his disease with a number of experiments, but his experiments went wrong, giving him a thirst for blood and a hatred for sunlight.

Morbius is the first true vampire in the Marvel universe and he gets very little attention past the comics. Maybe that'll be different now.

As you may already know, Eddie Brock ends up becoming Venom. In the Spider-Man PS4 game, Venom is nowhere to be seen, but a reference to Eddie Brock is made. 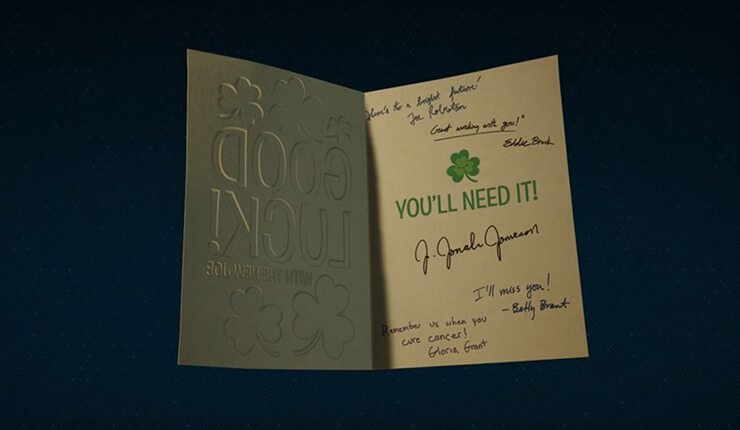 One of the backpacks shows a leaving card from the Daily Bugle staff, and Eddie Brock's signature is amongst the other notes in there.

Could we see Venom appear in future content for Spider-Man PS4? It's totally possible. With hype for the Venom film, it'd be a perfect new villain to introduce to the game, and this Insomniac-created Spider-Man universe has already made a nod to Eddie Brock, so it'd be perfect.

Thanks for taking a look at our article on the top Spider-Man PS4 secrets and Easter Eggs. There are certainly dozens more to be found throughout the game.

What's your favorite thing about the new Spider-Man game? Have any experience that stood out to you?