As you all probably know, the latest (and greatest) Forza game, Forza Horizon 4, introduced seasons as one of the main and most talked gameplay improvements over previous open-world racing games in the famous series. The change of seasons, which is a weekly server-wide event, brings new seasonal championships that should keep players active in the game over long periods of time along with fresh Forzathon events and challenges and a weekly rotation of special cars that can be bought in the game's Forzathon shop. 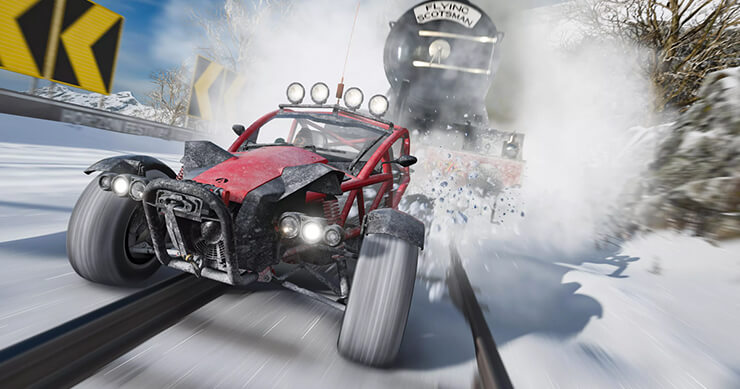 But more than being a massive gameplay system that will keep you returning to the game each week, seasonal change also brings massive changes to the game's map of Britain. Each season features unique features such as higher water levels during Spring and Fall, dry roads, fields filled with beautiful summer flowers and golden wheat during Summer, or roads covered in puddles and falling leaves during Fall season. But the best season of them all is Winter, and here's why.

The whole map changes with each passing seasons but the most extreme transformation happens during Winter. The whole map gets covered with thick snow, roads end up being covered with ice patches that emit dreamy translucent reflections, or are wholly covered with snow that gets launched by you and your opponents' cars' tires all over the place during races making for an unforgettable scenery. And the best races are those happening during snow storms when everything gets embroiled in thick white fog, with cars getting covered in white and amiable snowflakes fall around everything creating pensive landscape capable of taking your mind away for racing in a second.

Rivers and lakes get frozen, opening new areas to explore and drive your car around, with extreme car ice skating being extremely fun but also beautiful while you watch tires launching ice and half frozen water everywhere behind your car as you hit that gas pedal. And the way how sunshine reflects off the frozen surface and creates blindingly bright lightning, which blinds as effectively as it hypnotizes and makes you wish for real winter to come even if you don't like snow at all.

Rolling in snow is better than rolling in the dirt

Aside from turning the game into some fairytale-like ice kingdom, Winter makes free-roam skill point grind turn into the best activity in the game. Everything around you is white except trees making them extremely easy to spot and giving you an extra edge to your reflexes which now become superbly efficient in avoiding crashes. You can drive and amass literally millions of skill points because trees and those nasty rocks that can abruptly end your run during other seasons because they are so hard to spot are extremely easy to spot black objects on a white background during the Winter season. 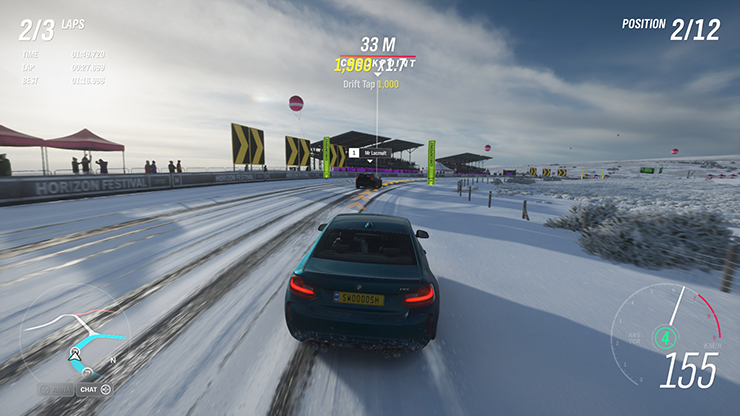 Just pick some offroad vehicle - we decided to get the best of them all, the Mercedes G 65 AMG and upgrade it to the max - and start collecting those 7 million skill points, the final challenge in Winter Forzathon offroad event because it isn't just extremely easy to do so, it is also fun as hell. Just make sure to unlock that skill that allows you to continue your streak even after crashing and you will farm millions of skill points in a matter of minutes. And as we already said, lakes and rivers get frozen during winter, so go to that huge lake placed on the west end of the map and start drifting, speeding, and jumping because there are zero trees and rocks on the frozen surface of the lake, making it the ultimate area for skill point farming. Free roam skill farming is the ultimate thing you can do during winter so you might as well complete the seasonal challenge while having the time of your life by jumping, drifting, speeding, and knocking everything down.

And finally, the seasonal championships during Winter are also extremely fun to drive because each race is unique during winter. Rally and cross country events happen across frozen ground, muddy water mixed with filthy white snow, frozen roads, icy river banks, and snow-covered fields, creating the best ever mix of racing surfaces that will make you revisit each race in the game because every race is better when driven during Winter. And road and street races are also cool to drive because some roads are covered with translucent ice patches covering the whole road, some are dotted with frozen puddles, others became invisible thanks to a thick ice patch created over them during winter, and some feature mix of ice and snow, and those are the best to drive on. 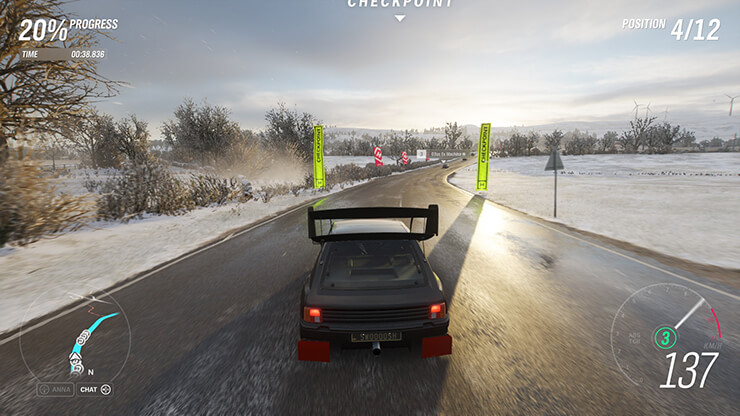 Really, racing during Winter season is a unique experience and it is totally worth revisiting already beaten races, especially rally and cross country events because they will be completely different when covered with snow and ice.

In the end, it is a shame each season lasts only for a week because Winter in Forza Horizon 4 is so beautiful and so well done it alone should last at least for a whole month. Oh well, at least we can freely choose the season when creating our own custom adventure.