How To Know When A Relationship Might Be Toxic

Published in Relationships on 26th October, 2018

Not everyone can really tell that their relationship is toxic. Some may feel it, but are unwilling to recognize it on a mental level. After all, it can be hard to accept that someone you love might not be a good fit for you, or even damaging to you. To clarify what a toxic relationship looks like, we're going to take a look into the signs of a toxic relationship as well as what you should do if you think you're in one. 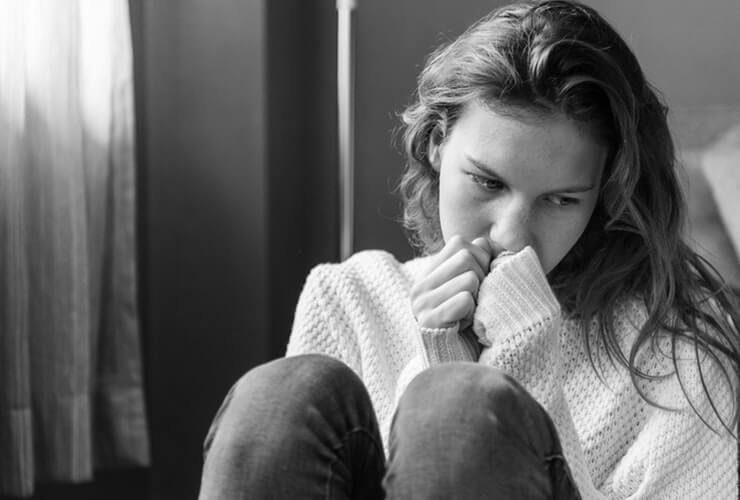 What Does It Mean To Be In A Toxic Relationship?

A toxic relationship is one what is more hurtful than helpful. It can often include one or both partners being cruel, rude or undermining one another. In some cases, it can also be more of a competition than a relationship. Toxic relationships are also frequently abusive in some way, whether it be emotionally, verbally or physically.

Signs Of A Toxic Relationship

There are many signs to look for that can point to a toxic relationship. However, not everyone is going to be open to accepting that their relationship might be an unhealthy one. Really take the time to think about these signs and consider whether or not they show up in your relationship, and to what extent.

You're expected to focus on only their happiness

A toxic partner doesn't really care about what the effects are on you, as long as you're making them happy. This can mean you end up realizing that you put forth a lot of effort into keeping them happy, but they aren't doing the same for you. The entire relationship seems to revolve around them, rather than the effort going both ways as they're supposed to.

A lack of trust can become very clear when one partner is constantly accusing the other of cheating, even if there is no solid proof. It can be a variety of accusations thrown around with little backing it up. As a result, you may feel like you often have to defend yourself when you haven't done anything wrong. This can also include guilt trips that never seem to end.

A huge red flag for a toxic relationship is when any personal growth on your part is seen as a threat to them. For example, they may not like when you become stronger and more assertive or when you seek the help of a therapist. In some cases, they might tell you that they "don't like how you've changed", which can actually mean "I don't like that I'm losing my control over you". 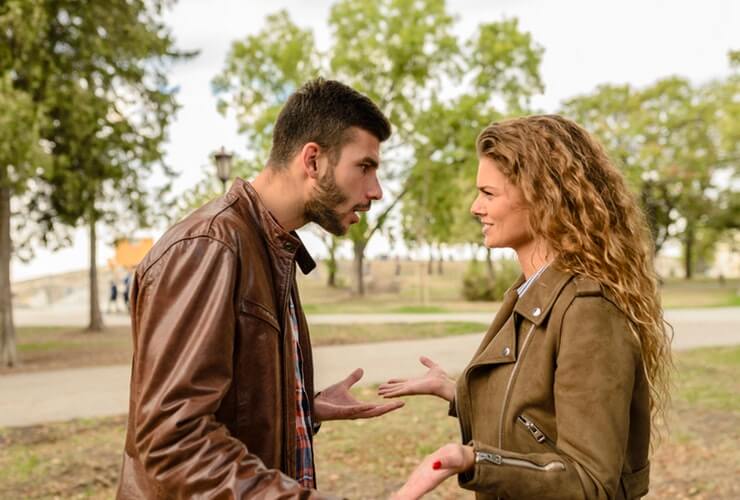 You don't want them to meet your friends and family

When you have a toxic partner, you almost always know that something is off deep down. The issue is that you may not always be willing to accept it logically. This can become clear when your partner talks about wanting to meet friends or family and you just get a feeling of dread or shame. If you know the people important in your life wouldn't like your partner, it's a clear sign to re-think the relationship.

Your partner takes, but doesn't give

Everything in the relationship is about their needs, their wants, and the vision they want for the relationship. This can include ignoring or trying to change aspects about you they don't like. They take and take and take, but aren't willing to make any changes for you. In fact, any request for a change is taken as a personal attack.

There's a lot of passive aggression

Your partner may become passive aggressive when they aren't getting what they want, or are being held accountable for their actions. It's not uncommon for a toxic person to turn a simple conversation about something they may have done wrong into a full on attack on them, in an attempt to make you feel bad. In turn, both sides can turn to passive aggression because they don't feel they can communicate normally.

This is a huge sign to pay attention to. If you aren't happy in your relationship for any reason, it's time to reconsider it. This is something to keep in mind in any relationship, whether it's a romantic one, a relationship with a friend or family member. In addition, it's worth keeping in mind even if the relationship may not be toxic, but just unsatisfying. 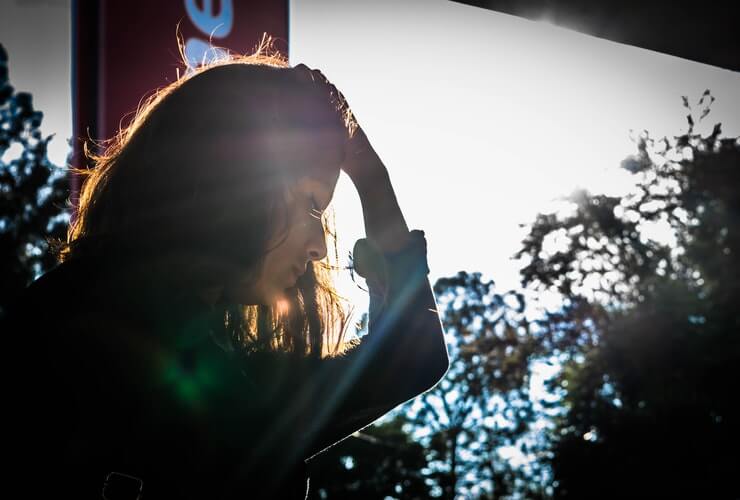 Your partner is critical of you

If it feels like you just can't do the right things for your partner, it's often a reflection on them rather than you. A good partner will seek to support you and lift you up, while a toxic one will tear you down and attempt to keep you in a state they can easily control. This can often include attacks on your self esteem, physical appearance, or anything else they may feel will get them what they want.

They are always the victim

No matter what they've done wrong, a toxic partner is always the victim. Even if you're trying to have a gentle conversation with them about something they did that upset you, they can view it as if you're attacking everything they are. This can make it incredibly difficult to have a constructive conversation, which can end up being very disheartening.

The relationship drains you

You should feel energized when you're with your partner, and excited to spend time with them. However, a toxic relationship will often be more work than fun, resulting in you becoming very exhausted. It's as if your job is to be constantly checking in on them, making sure they're happy with every action, response or event that takes place.

They demand respect, but don't give it

In many cases, toxic individuals can be fixated on the importance of respect. However, they also don't view that respect as going both ways. This can result in them getting upset when they feel they are being disrespected, but not considering the ways they may talk to or treat you as being disrespectful. They may feel that they can talk to you however they want, but you have to be very careful about how you speak to them. 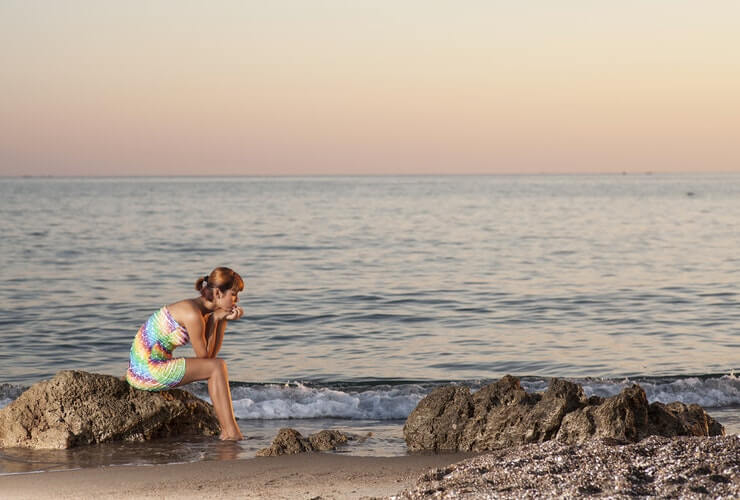 Your partner is openly unwilling to put the effort in

Most of us are aware that if you want a strong relationship, it takes more than just words. You also have to put the time and effort into building a strong foundation for the relationship together. However, a toxic partner won't want to put any of the actual effort in. In some cases, they may openly act as though putting forth effort to spend time with you is a difficult thing, which can result in you feeling like a nuisance to them.

In a toxic relationship, you can often begin to feel like there's little you can do that won't upset your partner in some way. Either you're being needy, or you don't call them enough. You're annoying them, or you aren't giving them enough appreciation or affection. Finding the line can seem to be impossible, because it's constantly in motion.

They make you feel worse about yourself

A significant other should never make you feel badly about yourself. In a healthy relationship, they are seeking to help you when you need it, and celebrate you when you deserve it. However, a toxic partner will leave you feeling like you're just not worthy of celebration. Oftentimes, your self esteem can take a serious hit from a toxic relationship.

The relationship is missing open communication

Because egg shells seem to be everywhere, it can also become really difficult for you to talk to your significant other openly. A lot of things are off limits, resulting in a relationship that is very shallow. When you find that you can't really talk to your partner about your deeper thoughts and feelings, you may also start to feel that the relationship isn't worth being in. 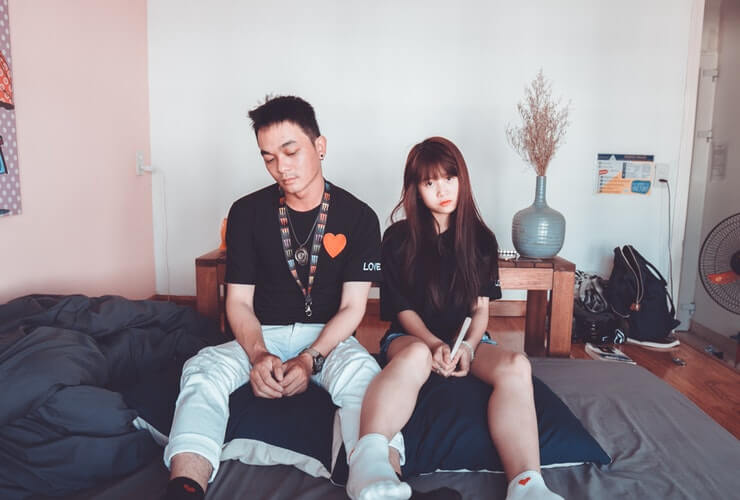 There's a lack of autonomy

There can also be a sense of being controlled in a toxic relationship. When your partner begins to place limits on who you can talk to, where you can go and when, it's time to reconsider that partner. This can also show up in your partner having an idealized idea of you, and ignoring or rationalizing anything that doesn't fit into that image.

You'd prefer to avoid them

They give you the cold shoulder

Most people are aware that if they have a bad day at work, taking it out on you isn't fair. However, a toxic partner simply won't care. If your partner is rude or cruel to you simply because they've had a bad day, it's time to give yourself some space from them. While it might be normal to be grouchy when you've had a rough day, your partner is typically someone to turn to for comfort, not to take your mood out on when they didn't cause it. 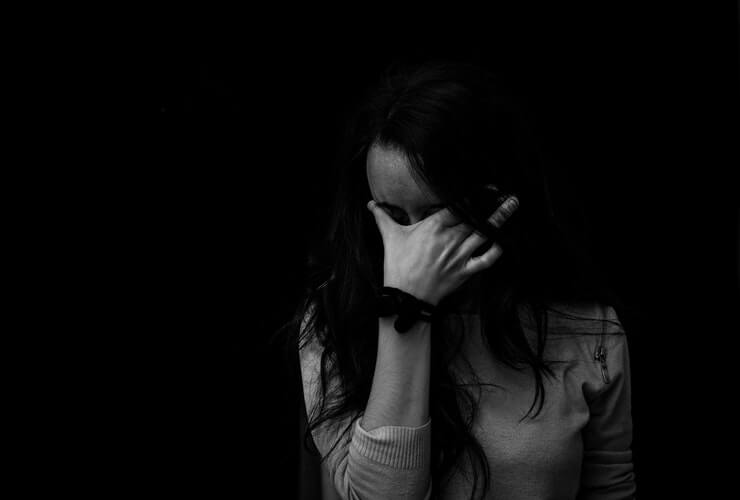 No matter what you say or do, what gifts you give, or how hard you try, you simply aren't good enough. There's always something wrong with the gift, or with a way you responded to something. A toxic partner will always find a problem and make sure you know it. Instead of putting you on a pedestal, they're making you feel like trash.

What Should You Do If Your Relationship Is Toxic?

You have many options when it comes to handling a toxic relationship, which can vary depending on the situation. When you're considering these routes, make sure to take into account your relationship as well as how dangerous it might be. It's better to be safe than sorry!

Allies are key when it comes to making sure you're able to get out of a relationship safely. Reach out to friends, family and whoever you need to in order to secure help in getting out. Depending on your situation, you may want to be very careful to avoid letting your partner know you're moving. It can also be easier to leave while your partner is away if you expect trouble.

If you're worried that your partner may become dangerous, reach out to those who can help to protect you. Contact the police, as they can allow you to gather your things and leave while protecting you from any repercussions from your partner. It can also help to seek out therapy during or after you've left the relationship, in order to aid with healing and making better choices going forward.

In the cases of domestic violence, you can also contact the Domestic Violence Hotline over the phone at 1-800-799-7233. They can help you to strategize and get out of the relationship.

Many of us worry about hurting others. This can especially be true for someone you love. However, it's important to remember your own happiness in this situation. Keeping yourself miserable for the sake of someone else's comfort isn't really good for either partner in the relationship. You aren't saving them by remaining with them, but are instead enabling their behavior.