Fortnite Season 6 has landed and with it a huge list of new features and changes have come to the game.

In this article, we will be sharing the Fortnite Season 6 full feature list so that you can get up to date with everything that has changed. 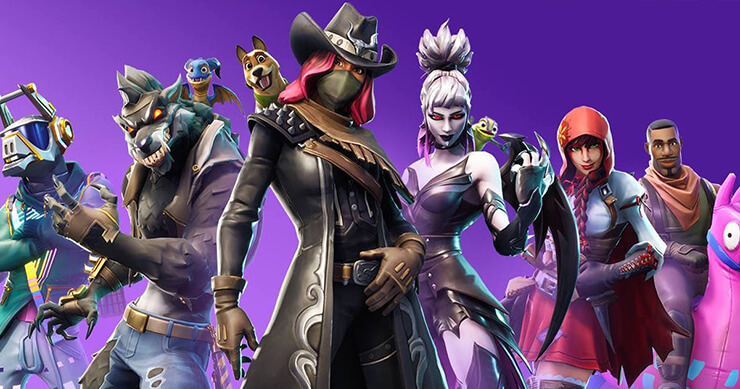 Take a look at all of the best changes and new features that have been included in the new season below.

With the start of season 6 sharing the same month as Halloween, it only makes sense for Epic Games to push out a lot of spooky themed content.

The first of which are the new shadow stones found throughout certain areas of the map. When you use a Shadow Stone, you'll go into 'Shadow Mode'. In this mode, you cannot use weapons, but you will remain invisible so long as you stay still. If you move, you will still be harder to see than normal, but you will leave behind a shadow trail that other players can spot. 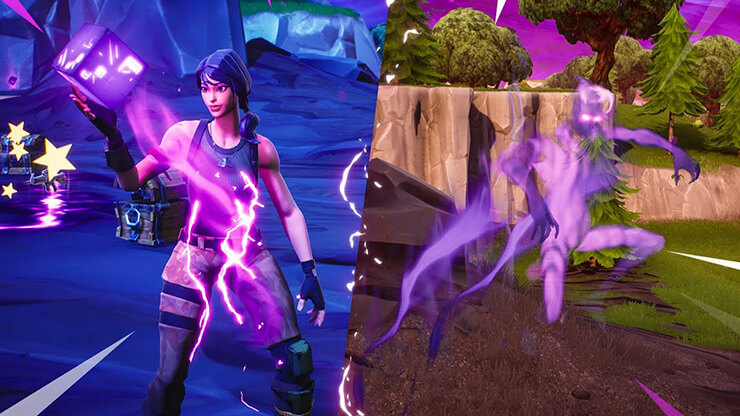 On top of the invisibility, you will get increased movement speed, jump height, and you won't take fall damage.

It doesn't stop there - you also get a new ability called phase that pushes you through the air - you can even use it to go through objects and walls.

The ability lasts for 45 seconds but you can cancel it early by aiming down the sights.

Just like other seasons before it, new areas have been added to the map. 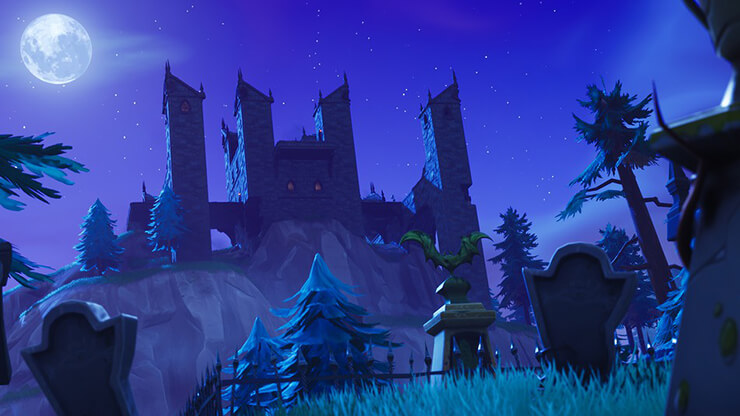 First we have the floating island - this island literally moves around the map and many players are still trying to work out the meaning behind it. The island currently sits over loot lake.

Besides that, we have new corrupted areas, corn fields, a haunted castle, and a bunch of other small changes throughout the entire map.

There are, of course, plenty of new skins to unlock from the Battle Pass. The two main new skins are the Dire skin and Calamity. With Dire, you will change appearance as you level up. You'll start as a man but as you upgrade the skin you'll slowly turn into a werewolf.

Calamity starts as a non-threatening cowgirl, but as you level it up, you'll start turning into a Van Helsing style werewolf hunter.

Other skins include DJ Yonder, a man wearing a futuristic llama helmet and covered in LED lights.

After that, we have Giddy-Up, which looks like a default skin riding a pink llama. Fable is a red riding hood inspired skin. 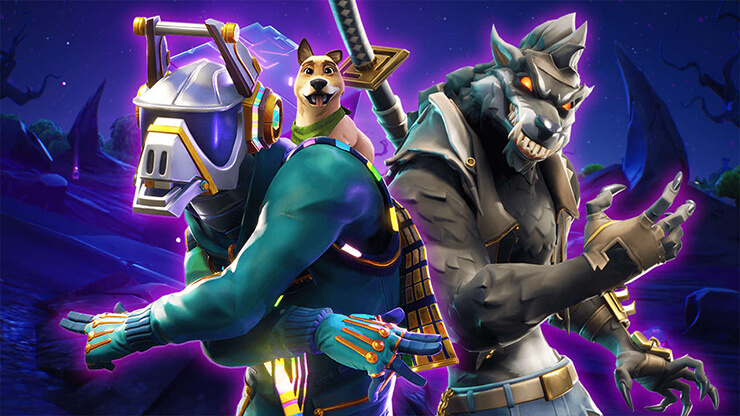 At tier 71 of the Battle Pass, you'll unlock Dusk, a very spooky looking female vampire skin. One of the most popular skins is Nightshade, which is an assassin with a pumpkin head. This is unlocked at Tier 86.

There are currently 6 new emotes that can be unlocked from the Season 6 Battle Pass, as well as 5 new gliders, 3 new pickaxes, and 5 new Back Bling items. (8 if you include the pets.) 5 new contrails are also available for unlock.

There are dozens of new emojis, loading screens, and graffitis to unlock in the Battle Pass as well.

When it comes to toys, only a couple have been added - A tomato at tier 28 and a 'fancy tomato' at tier 76, which just looks like Tomato Guy.

With Fortnite Season 6, pets have been added to the game. These pets are essentially animated Back Bling pieces you can wear. 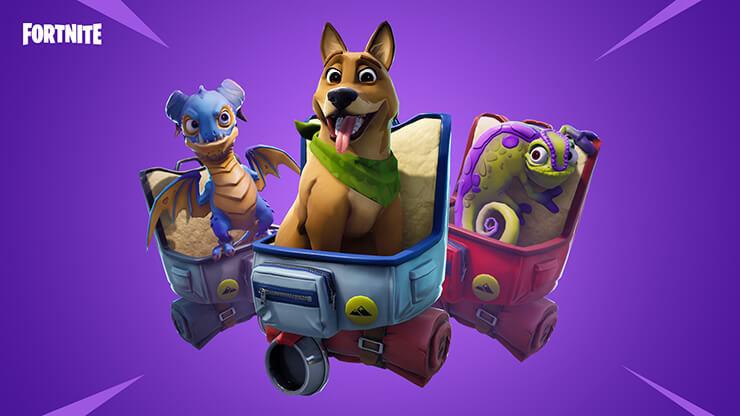 There are currently three options - the chameleon, the dog, and the dragon. With one of these pets equipped, you will be able to run around and see the animated pet as it sits in a backpack on your back.

Hopefully, in the future pets may have more functionality added to them. For now, they're essentially just glorified Back Bling cosmetics.

The Cube was a huge spectacle during Season 5, and it's still in Season 6. It has crashed into the lake under the floating island and turned all of the water there into this bouncy purple goo. You can bounce on the goo when you jump on it and grenades bounce on it, too. 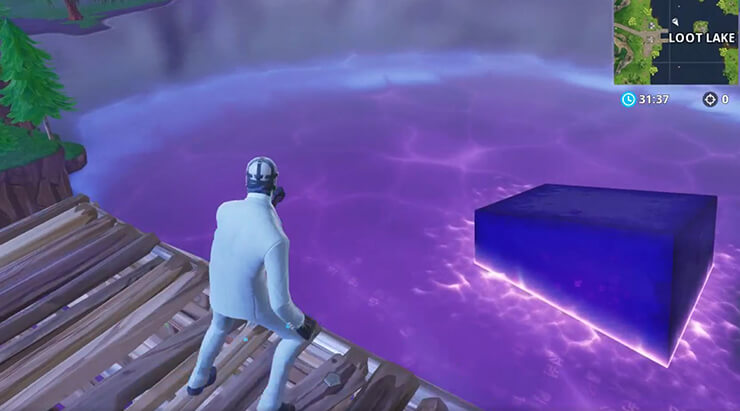 It's certainly an interesting place to fight, but we wouldn't be surprised if more things happen to this place on the map later during the season.

Epic Games has also been working on various bug fixes, changes and quality of life improvements for Season 6.

In the latest update, there is now more contrast between the sounds of footsteps above you and below you. This makes it easier to determine where exactly nearby players are. More audio cues have been added for when players are gliding near you - this is super important now that players can quite easily jump around the map and use their gliders. 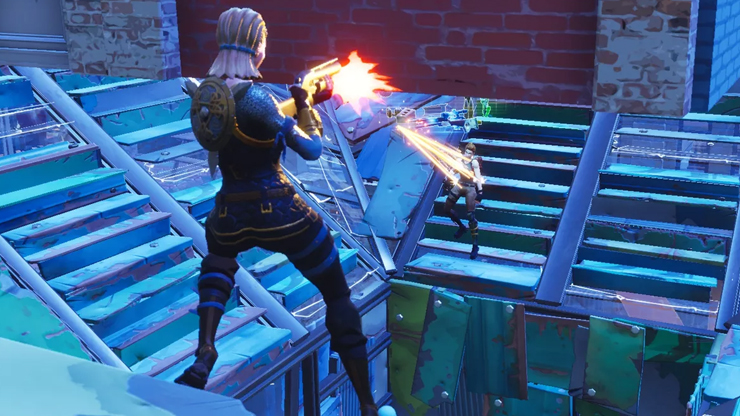 A number of weapons have been put in the vault:

The grappler has had its charges reduced from 15 to 10.

The double barrel has had its damaged reduced slightly, and the dual pistols are rarer to find on the floor.

Epic Game also pushed out a bunch of storm circle changes. The wait time for the circles has been reduced, but to make up for that, the shrink time has been increased.

This essentially means that the storm will start shrinking sooner, but you'll have more time to move into a safe area. The flow of the gameplay will stay the same but players will have more of a warning about the incoming storm.

As usual, plenty of bug fixes and optimizations have been pushed out for the latest Season 6 update. Most changes will go unnoticed, but if you play Fortnite on the Galaxy S9+ or the Note 9, you may notice that the game will perform better with the season 6 update.

That wraps up our look at the latest Fortnite season. Are you excited to get your hands on all of the new changes and new Battle Pass items? Let us know what your thoughts are on the new update.