The Science Behind Intermittent Fasting

What Is Intermittent Fasting?

Simply put, intermittent fasting is a diet of abstaining from food for extended periods of time, and then eating, and then fasting again. There are lots of different ways to fast, but it's important to note that intermittent fasting is not considered a diet in the sense that it does not require to change what you eat, just when and how you eat it. Fans of intermittent fasting say that it benefits digestion, and that it is a more natural way to live, and there's definitely some science to back them up. It's been proposed that the human body is naturally better adapted to eating sporadically, with large fasts in-between meals because of how we would have lived as hunter-gatherers. Our accessibility to food would have been limited, and we may have gone long periods of time without eating, only to find a food source and gorge ourselves. 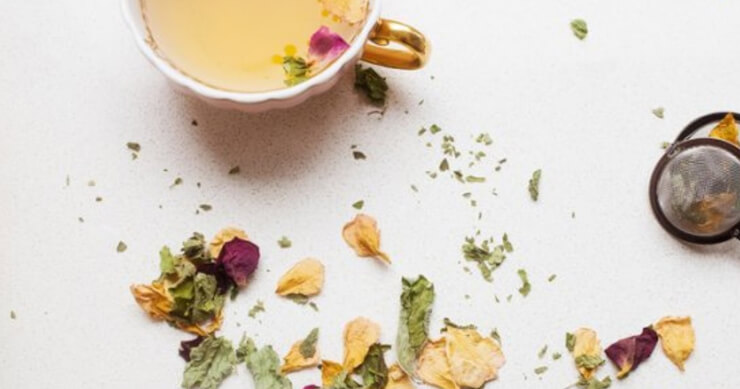 Although a fast does mean that you don't eat anything for a set amount of time, intermittent fasting doesn't have any strict rules on how many calories to consume, and doesn't suggest calorie restricting. You certainly aren't starving yourself, you're just putting off eating until later. There are several different methods of intermittent fasting, and different people prefer different ones depending on their lifestyle, body type and goals. Here are some of the main types:

Do you find yourself regularly skipping breakfast? Then congratulations, you're probably already intermittent fasting. This method involves a 16 hour fast, followed by an 8 hour time period where you can eat as many meals as you want. This method is one of the most popular methods of intermittent fasting, sometimes known as the leangains method. The reason it has become so popular, is that it's actually pretty easy - say you have your last meal at 8pm, and then go to sleep, if you were to skip breakfast and eat lunch the next day at 12, then you've effectively fasted for 16 hours. You then get from 12pm until 8pm that same day to eat as much as you want. During fasting periods you can drink water or black coffee which many people find effective in keeping themselves going, although since a lot of your time is spent sleeping, the majority of the fasting isn't actually that difficult.

Alternate day fasting is exactly what it sounds like: fasting every other day. In this method however, the qualifiers for what counts as "fasting" change slightly. Some people who do alternate day fasting won't allow any food whatsoever during their fasting days, and some will allow 500 or so calories. This method is particularly difficult, especially for beginners as generally, we're not at all accustomed to going a whole day and night without food, and the hunger can get quite severe. However, studies have shown numerous benefits associated with this kind of intermittent fasting such as improved digestion and energy, so you may want to look into it.

The 5:2 diet is a slightly odd form of intermittent fasting in which you eat normally for five days of the week, and then restrict your calories to around 500 per day for two days a week. These two days do not have to be next to each other, so for example. you could fast on a Tuesday and a Saturday. Oftentimes this is chosen by those who want to get their fasting out of the way, but don't want to commit to fasting every other day. As such, it doesn't have a lot of research to support it. 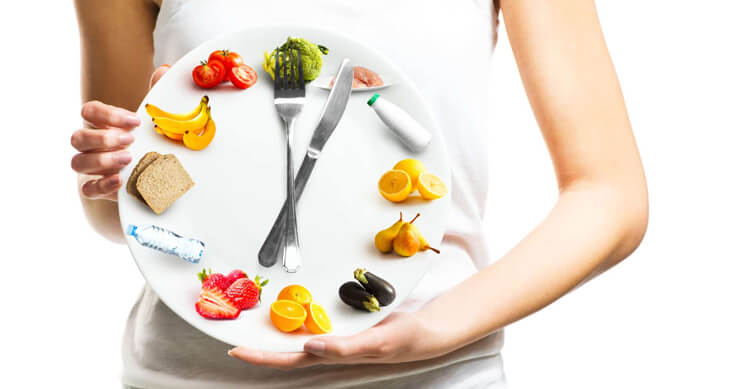 The "warrior diet" consists of consuming small amounts of fruits and vegetables during the day, and then eating one large meal at night. This diet was one of the first to feature intermittent fasting as a key component, and is often chosen because of its emphasis on healthy eating and its endorsement by fitness expert Ori Hofmekler.

One Meal A Day

The One Meal A Day diet is exactly what it sounds like: you eat one meal a day, typically in the evening, although it can be whenever you want. This is very similar to the 16:8 diet, but it doesn't have any strict time slots, and you don't eat more than one large, nutritionally dense meal.

The Science Behind Intermittent Fasting

Intermittent fasting has a lot of scientific studies to support and explain it, and holds many benefits, the main one's being weight loss and better digestion.

The reason intermittent fasting works so well for so many people is because of how the body operates when fasting vs when eating. Essentially, when we eat a meal, the body spends a few hours processing the food and using what it can to convert into energy. Rather than burning up fat stores in order to gain energy, it will turn directly to the food you just consumed, and burn up as much energy as it can from that. Generally, if you include a lot of carbohydrates or sugar in your diet, this will provide your body with more than enough energy, as the body loves to use sugar as its primary energy source. 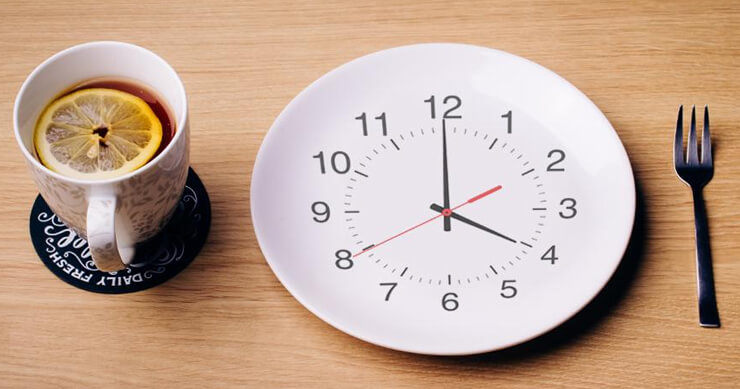 When we counteract this period of feasting on food with a period of fasting, our body uses up all of that energy from the food and then turns to our fat supplies to gain energy. Where are those fat supplies kept? They're stored around your hips, thighs, stomach, arms, internal organs and wherever else the body can possibly store fat. When we workout during a fasting period, the body uses up all of its supplies of sugar for energy and is instead forced to turn to fat as an energy source and as a result we have a far more beneficial workout (if you're looking to lose weight that is) When we eat after a fasted workout, our meals are primarily used to replenish glycogen stocks in the body from the intense workout we just did, and therefore are far less likely to be converted back into fat.

Following a period of fasting, our bodies also become much more sensitive to insulin and as a result, use the energy provided by food much more efficiently. This means that when we break our fast, the food we consume is going to be used by the body more economically, and we can absorb the nutrients better.

The overall result is that we use the calories we do consume far more efficiently, and burn fat a lot faster, resulting in a healthier body and natural weight loss.

The Benefits of Intermittent Fasting

A big motivator for many fans of intermittent fasting is the potential for weight loss in a natural and easy way. It's easy to see how this works, but there is more going on underneath the surface. Of course, when we fast and restrict out eating to fewer meals, we generally don't eat as many calories and simply consume less unless you intentionally compensate by eating a lot. This calorie deficit can help to us to lose weight, but there are more subtle changes too. When we fast, our body switches to burning fat instead of sugar, and this fat comes from fat deposits all over your body. The longer you keep up an intermittent fasting diet, the more fat you will burn over time. This also has the added benefit of giving you more sustained energy levels for longer periods of time, which is why so many people report having more energy when intermittent fasting. Not only that, but intermittent fasting has actually been shown to increase your metabolic rate, or in other words, how much energy your body is using. This is great, since it means that your body will be burning even more fat than it usually would. 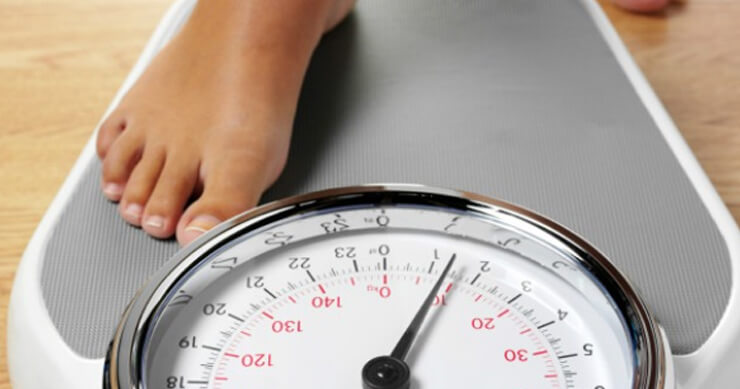 What has fasting got to do with your hormones? A lot, actually! It's been found that when we fast our insulin levels drop significantly, which is excellent for anybody worried about developing diabetes, as this promotes more stable insulin levels, and your body is less likely to become resistant to insulin. It also facilitates fat-burning, which helps you to lose weight. 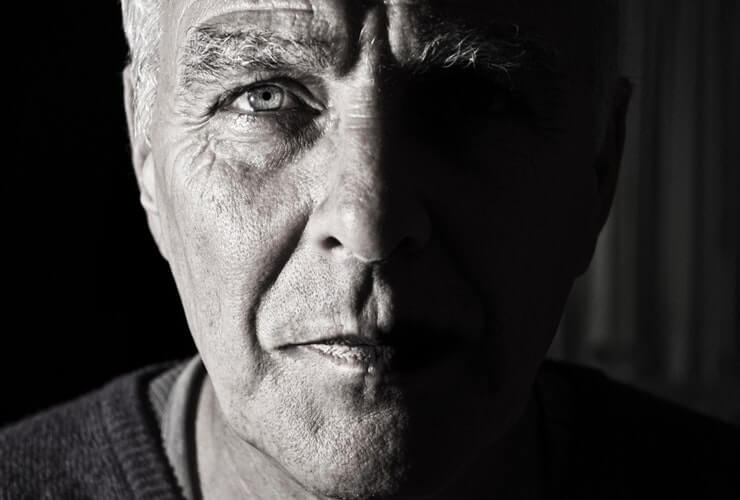 Intermittent fasting may be a new way to manage, prevent or reverse damage to the heart and heart disease - one of the worlds biggest killers. Risk factors commonly associated with heart disease such as high blood pressure, high levels of cholesterol and high blood sugar levels can all be lessened or returned to normal levels by an intermittent fasting diet, studies suggest.

Intermittent fasting isn't for everyone, and while the benefits of increased longevity and weight loss can certainly be appealing to many people, you should think carefully before you make any decisions to change your diet and consult your doctor if in doubt.

It is not recommended that anyone struggling with an eating disorder such as anorexia or bulimia take up intermittent fasting. The cycle of fasting and then having strict feeding times and schedules can often exacerbate symptoms of eating disorders and contribute to an unhealthy relationship with food. In some extreme cases, they may push someone to develop a severe eating disorder or seriously endanger their life, so caution should be taken. If you feel you do not have a healthy relationship with food, wait until you do before undertaking any kind of intermittent fasting.

Skipping meals can actually increase levels of the cortisol stress hormone in the body. This hormone is known to slow down the metabolism, and cause you to put on weight, especially in women. In general, our cortisol levels tend to be elevated because of the high-stress modern lives we live, and raising it any further probably isn't a good idea, although this has been found to affect women more than men.

Most intermittent fasting diets allow for the consumption of coffee, and as a result a lot of new intermittent fasters tend to rely on coffee to get them through the day. It provides the energy you may be feeling lacking in, but in reality, it can be very harmful if consumed in large quantities, or relied upon for energy. Caffeine has been shown to increase anxiety and disturb sleep, which can have various different ramifications on your health. If you're considering intermittent fasting, make sure you watch your coffee consumption.

How To Start Intermittent Fasting

If all of this sounds good to you, and you've committed to trying it out, you might be wondering how you get started? Experts say the key to starting intermittent fasting and sticking to it is to have the right mindset. Rather than treating it as another diet in which you have to starve yourself, try and see it as an experiment to learn more about your body and what it can achieve. You're much more likely to stick to a diet, if you don't treat it as a struggle. There's no contract signed to say that you can't have an off-day or that you have to continue intermittent fasting indefinitely.