With the Forsaken expansion being the best content drop for Destiny 2 yet, it only makes sense to take a look at the best Destiny 2 Forsaken weapons and rank them amongst each other. 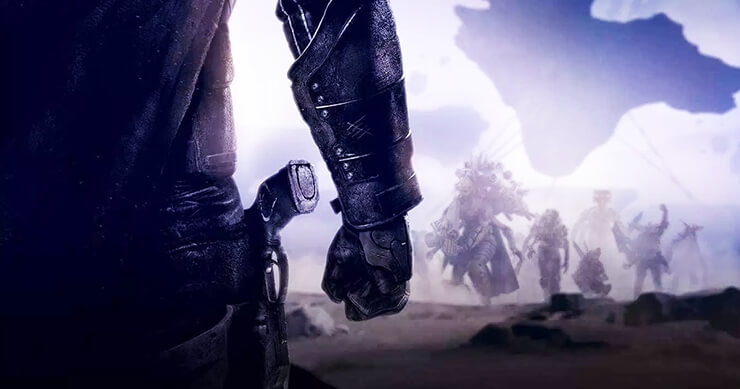 In this article, we have picked out the 9 best weapons and explained their pros and cons.

Whilst all of these weapons are objectionably good, you may find yourself liking some more than others depending on your playstyle.

The Forsaken Trust Hand Cannon is easily one of the most liked Destiny 2 weapons right now. You can only get the Trust as a drop from the new PVP mode, Gambit. 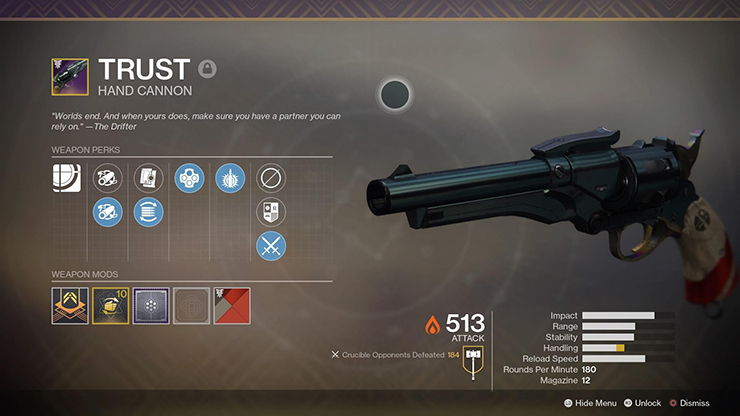 The main benefit of this weapon is its intrinsic perk. Called Precision Frame, the perk allows the Trust to be more accurate when firing with a high fire rate. The recoil pattern is also more predictable. You then have plenty of other options to change stats like your range or overall stability.

The Bygones pulse rifle is another hot drop that comes from the Gambit game mode. This is a kinetic pulse rifle with a lot going for it. 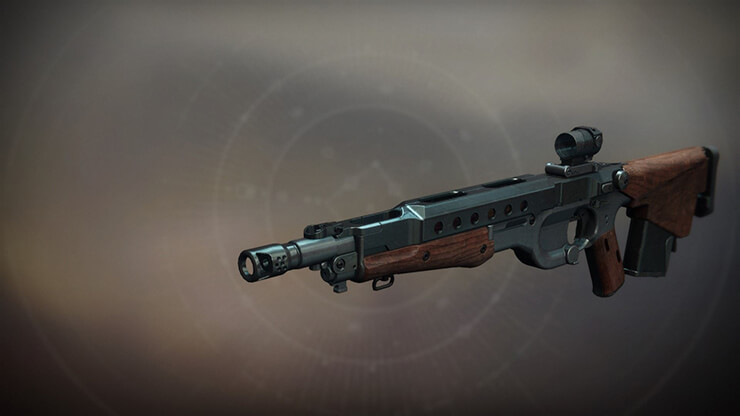 Bygones is one of the most used rifles in Destiny 2 right now because it's just deadly accurate. Get it with perks like Outlaw and Rampage and you've got a weapon that everybody will be afraid of.

It's more reliable as a weapon in comparison to the Trust, even if it isn't quite as showy.

SMGs aren't usually a top pick in Destiny 2, but they actually make sense in Forsaken. The Bad Reputation SMG shreds through enemies at insane speeds, which makes it a great option for playing Gambit. 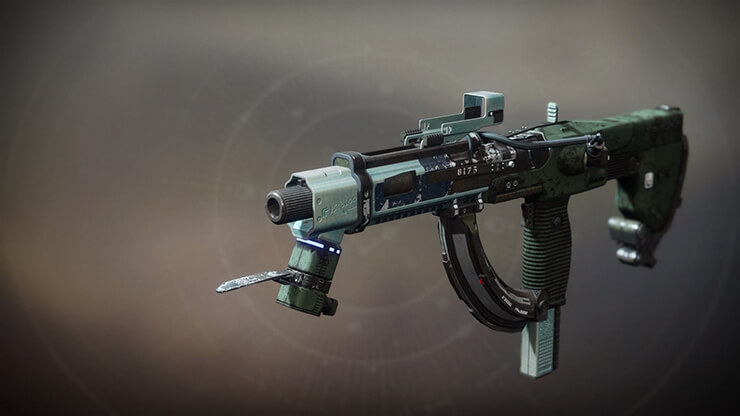 In Gambit, you'll be essentially be on the winning side so long as you can dish out as much damage per second against the AI enemies as possible. You can get the Bad Reputation as a random drop at absolutely any point, so make sure you keep an eye out for it.

Ooh baby, this is a shotgun you don't want to be on the other end of. It's a kinetic shotgun with a huge potential. You need to get the right rolls on it though. Get Rampage and Opening Shot and you'll have a highly accurate shotgun that can one shot players at surprisingly long distances. 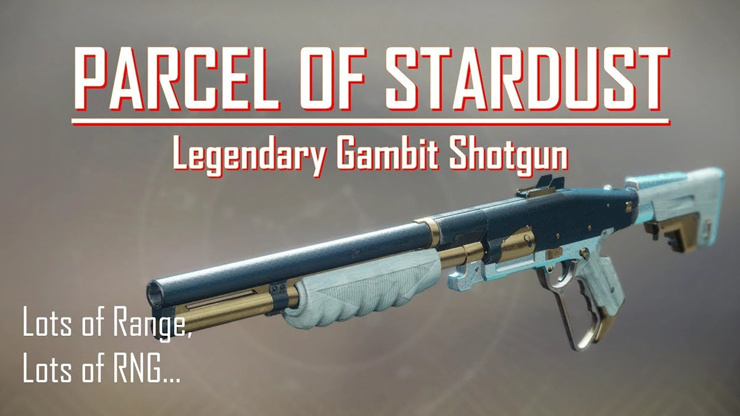 You can get the Parcel of Stardust as a random drop from Gambit. You're probably going to want to get a few of them before you finally get the one worth keeping, though. You really need that Opening Shot perk.

Yes, bows are in Destiny 2 and yes they can be absolutely amazing.

The Arsenic Bite is perhaps my favorite bow because it has an incredibly fast draw time thanks to its Archer's Tempo intrinsic perk. For Crucible, you'll want a bow like Arsenic Bow so that you can get as many shots out as quickly as possible. 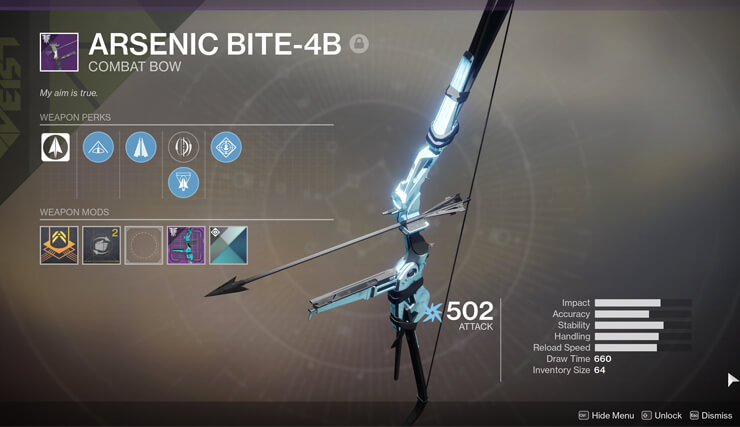 The Arsenic Bite will drop randomly at any point so you don't have to be playing Gambit to get your hands on it, unlike many of the best Destiny 2 Forsaken weapons.

I mean rocket launchers are rocket launchers, right? Well, that is true, but this one is extra special. Bad Omens feels as close as we're ever going to get to Gjallarhorn. It has target tracking and cluster bombs that can take out big enemies in just one shot. 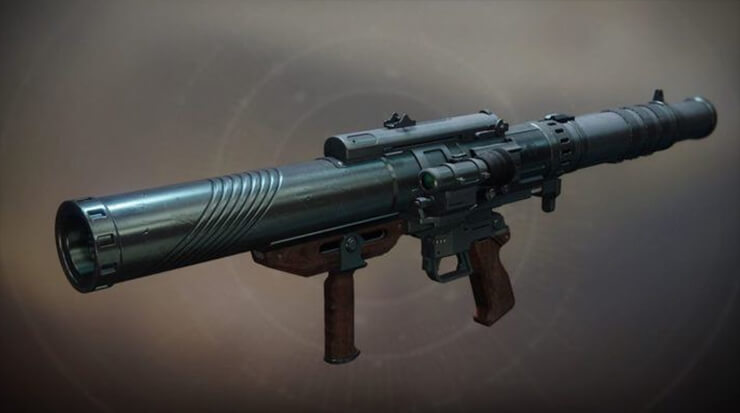 We wouldn't be surprised if Bad Omens gets a nerf in the near future because right now there are very few heavy weapons that are as good as it in PVE situations.

To get the Bad Omens rocket launcher, you'll need to get lucky in Gambit - it doesn't drop anywhere else. 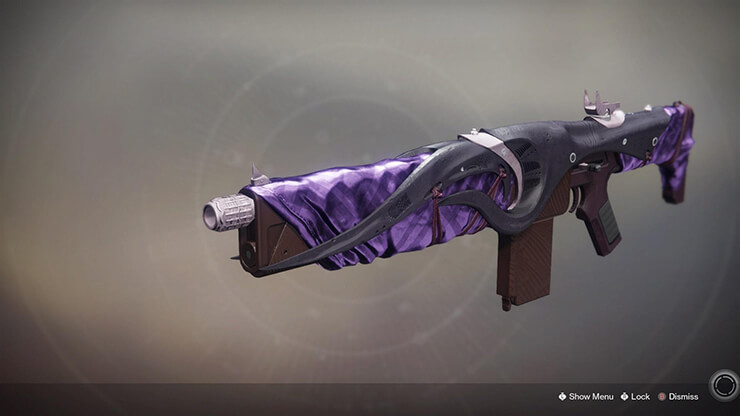 Getting your hands on the Tigerspite won't be too difficult - it's one of the most common drops from the Dreaming City. You cannot get it elsewhere, though.

The Go Figure is a different kind of Pulse Rifle. It has a firing rate called Aggressive Burst. It's new to Destiny 2 and it's something a lot of players have been getting very hyped about. Essentially, one burst is filled with more hits than any other weapon in Destiny 2.

This means that you can practically one-burst most enemies without breaking a sweat. As you fight more challenging PVE enemies, the one shot potential is limited, but it still shreds through their health and armor. 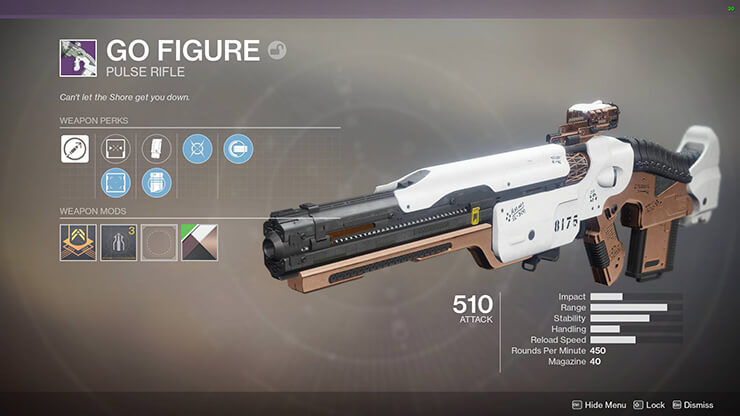 Go Figure isn't that great for PVP and you'll rarely see it used in the Crucible, but for PVE content it's an absolute steal. Go Figure will drop randomly at any point from any activities.

Have you noticed how there are so many strong hand cannons in Forsaken? It seems like at least 80% of the best Destiny 2 Forsaken weapons are hand cannons, and the Ace of Spades is another fine example of this. 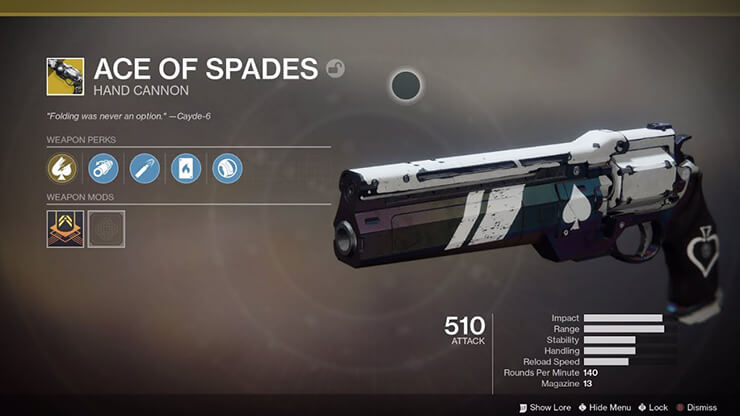 We'd go as far as to say that Aces of Spades is the best hand cannon. It's unlocked after completing the exotic quest after finishing the Forsaken campaign. The Ace of Spades is exceptionally powerful in both PVE and PVP - it has high damage per round, target acquisition, and a radar whilst aiming down sights.

For perks, try to aim for the Memento Mori for more rounds and Firefly for taking out groups of PVE enemies in one shot.