Published in Entertainment on 31st October, 2018

With so many horror films in the archives, it can be hard to pick the right ones! However, holiday horror movies are perfect for celebrating with. Whether you're celebrating the creepiness of Halloween or adding a dark twist to your Christmas, there are so many options to choose from! 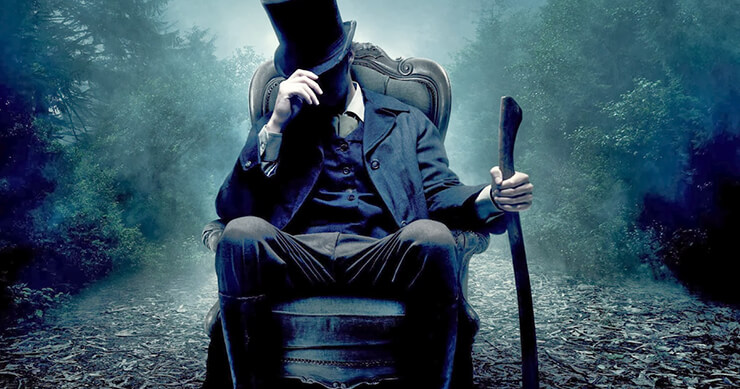 In this list, we're going to focus largely on the upcoming winter holidays, but you'll find some additions for the other holidays towards the end of the article as well!

These are the top horror choices involving the winter holidays. As can be expected, there are many that focus themselves around Christmas. However, we'll make sure to take a look at some other holiday horror flicks below. Here, we're listing some of the top options for those who want a good scare for the colder months!

While this might be an older film, it's one that many have grown very fond of. With stress building up in his daily life, Walter Craig decides to take a little vacation in the countryside to visit Elliot Foley. When he arrives, he discovers that he recognizes every guest at Mr. Foley's house, though he has never actually met them before. Though he's not sure why, he's able to predict a variety of uncanny events around him. This is one with a twist you won't want to miss!

For many of us, Gremlins is a well-done classic. When the young protagonist receives an odd new pet with some strange rules, he discovers that those rules are harder to follow than he expected. Having gotten his new pet wet, he finds that it has birthed several babies that aren't quite as cute, and are much more dangerous. As they rampage through that town, he has to figure out how to stop them and protect the town.

Tales From The Crypt - And All Through The House

Although this isn't technically a movie, Tales From The Crypt has brought us many cheesy horror delights that are worth adding to any horror occasion. For your holiday horror marathons, you can add "And All Through The House" to your list. This episode features a Santa Claus with a truly psychotic nature, and everyone he comes into contact with is on his naughty list.

There is a secret hidden in the mountains and when it's finally found, it changes everything we know about Christmas and Santa Claus. From unexplained reindeer deaths to a strange old man to the disappearances of children, this film takes the warm, fuzzy Christmas legend and turns him into something terrifying.

If you're looking for something a little more modern, Better Watch Out is a movie that looks into the horrific events that occur during a cold winter's night. A pair of teenage boys and the girl they have a crush on have to square off against a group of dangerous intruders. Essentially, this is Home Alone with more blood and traps that are far more dangerous.

We're all familiar with the concept of Secret Santa, but what happens when the family drama takes it several steps too far? This lesser-known film shows what results when all those little family squabbles build up into a truly murderous struggle. Once you've watched it, you'll be a lot less trusting when it comes time to celebrate the holidays with your own family.

There's a lot of creep-factor to be had in this film, ensuring that you'll surely be left sleepless come Christmas Eve. Krampus is a legendary being who was once used to ensure children behave. While these days we typically warm children about receiving coal, they once would have been afraid of being kidnapped, lashed or much, much worse. This film can give you a few ideas!

There are few things more annoying than being stuck at work during Christmas Eve, but there are situations far worse. Locked in the parking building of her workplace, Angela finds that she is not just trapped, but being hunted. It's not long before she discovers that a security guard had taken a liking too her that is a little more intense than she would have hoped for.

The results of child traumatization can be deadly, and Billy Chapman shows us that in abundance. Having experienced the murder of his parents, followed by cruel treatment from orphanage nuns, he loses all sense of reality. As a result, Chapman dons a Santa suit and begins his mission of ensuring all naughty people are punished. This is definitely one that will make you fear who might be coming down your chimney!

If you're a fan of anthologies, then this is one that weaves together a bundle of different stories featuring zombie elves, changelings and worse. It's absolutely one that will keep your attention and leave you wondering what you just experienced, in the best way. Though it might have some themes that seem silly, it's not for the faint of heart!

So Bad They're Good

Some movies are just so terrible, they can't help but be entertaining. There are plenty of horror movies that fit this description, and many of them are perfect for the winter holidays! Check these films out if you want some seriously dark holiday humor.

Just two words tell you all you need to know about this awfully entertaining film. Turkey murder. This one isn't going to be winning any awards, but it's one that will surely give you a chuckle if you like bad movies. While many of us are enjoying our turkeys fully cooked, the characters in this movie have found that they have become the prey to this wise-cracking fowl.

There are quite a few movies starring serial killers who have managed to transmute their souls into something else. The most well-known of these is Chucky, but there are plenty less reputable options out there. Jack Frost fits this bill perfectly. In this film, the murderer becomes a snowman. Look out, Frosty! This is one you won't want to let the kids play with!

What if the Santa you thought you knew wasn't what was true at all? In this film, Santa isn't the generous being we've loved for years, but is instead a son of Satan himself who had simply lost a bet. As a result, he had to be nice and provide gifts to those on Earth. However, now he's done his time and is ready to show everyone just how terrible Santa can be.

This lesser-known film is one that is sure to provide some bad-good entertainment. In this film, Santa has to get a handle on the nasty elves that are running wild in search of a virgin, seeking to rampage and create their own perfect race. Unlike the friendly, helpful elves we're used to, these have awoken only to cause pain and suffering.

This is yet another film where a murderer is transported into a new body. In this case, it's a horrific gingerbread man out to continue killing. If you love watching terrible acting, and people dispatched left and right by a baked good, this is one worth checking out. Don't expect it to be a film that leaves you with a new-found sense of what horror should be though!

Horror For The Rest Of The Holidays

We can't write an article about holiday horror movies and ignore all the other holidays out there! Here, we're including a list of some great options you can watch on every holiday. Your horror needs will never be left wanting! From Mother's Day to Easter, and of course Halloween, these will keep you screaming all the year long.

When you think of horror, it's only natural to think of Halloween. Consequently, there aren't many Halloween-themed films in this list, but this is one everyone should experience at least once. In this film you'll find interwoven stories that will surely draw you in and remind you what Halloween can truly be. Never before have costumed children been so creepy!

What date night isn't complete without a gory, horrific slasher? My Bloody Valentine tells the story of Tom, who returns to his old hometown after having been away for many years. It isn't long before his return is greeted by an old acquaintance, a crazed mine worker named Harry Warden. This is a story filled with a lot of intensity that is sure to keep you on your toes!

You may be familiar with a lot of April Fool's pranks, but this film takes it much, much farther. Telling the story of a group of teens just looking to have a good time on the holiday, things start to get creepy in the house they're staying in. While things may begin with standard pranks, like exploding cigars and whoopee cushions, it isn't long before they turn much more deadly.

Mothers are often thought of as warm, nurturing and comforting presences, but the mother in this film is anything but. When a group of dangerous intruders crash a house party, their mother eventually takes control of the situation and things become much more controlled, and much more dangerous. It's one movie that takes the idea of a mother to a much more frightening level.

No holiday is left wanting when it comes to holiday horror movies, not even the holiday known best for wearing green and drinking a lot of beer. Most of us think of leprechauns as harmless, gold-keeping beings who provide treasures only to those who prove themselves worthy. However, what might happen if you should steal the coins that leprechaun keeps? This movie will give you an idea!

This film tells the story of not just any New Years Eve party, but a costumed New Years Eve party that takes place on a train. In addition to that, this train houses a killer who is really going to profit from the idea that there are few places for his victims to run to. Not to mention, no one is able to recognize him through the costumes he takes on!

It's horror movies like this one that show you just what can come from exploring urban legends. This one takes place over the Easter holiday, where a young trio seek to investigate a particular legend that takes place in the woods. The good news is, everything they go through it recorded. It certainly doesn't help them, but maybe it will provide hope for the authorities.

There are few horror films that take place on Father's Day, but there are plenty of films involving fathers! One of the most well-known is The Shining, which depicts a solitary father and his family, as he slowly loses his mind. In time, it drives him to go after his wife and child, who are forced to find a way to escape or fight back.

Let's not forget about President's Day! This film dives into the past of President Abraham Lincoln not shown in the textbooks. While it might seem like a silly idea, this is a film that gets the job done well. With Tim Burton producing it, how can it not? If you love watching presidents take out vampires and generally being incredibly awesome, this one is worth a watch.

If there's one film that warned us about taking beach trips on the 4th of July, it's this one. It's a well-loved classic that really made a splash when it was originally released. Though it's been many years since then, this is still a film that many enjoy, whether it's on the 4th or any other time of the year. You may want to stay as far away from water as possible after watching this one, even in the scorching heat!