If you're curious about what has changed to the NBA series this year, you'll want to read our full overview of all of the new NBA 2K19 features in this article.

We've been playing NBA 2K19 for a long enough time now to get a full grasp of how it compares to its predecessor. We have included all of the biggest and most important changes below.

Let's be honest, the stealing in NBA 2K18 was terrible. Trying to steal the ball from your opponent was like playing a strange coin flip game where you either get penalised or absolutely nothing happens. 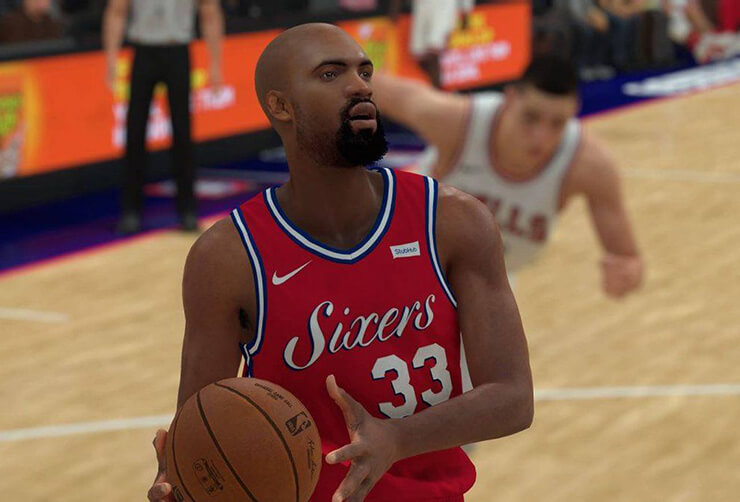 In NBA 2K19, the ball stealing system has been reworked to make it more fluid. If a player is open and a steal looks easy to make, chances are you'll be successful with it.

This means that if you're the kind of player that just dribbles with the ball to count down the clock, you'll be under more pressure to guard it or pass it to a teammate.

A new system called "takeover" has been introduced to NBA 2K19. This system can completely change the flow of gameplay and it allows players to make a play related to their particular play style. 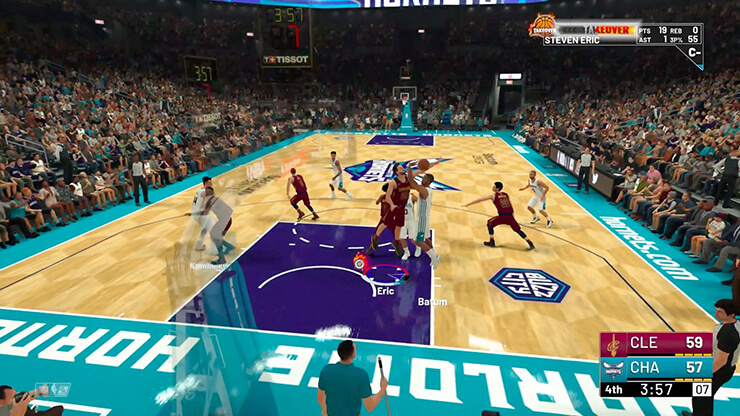 If you focus on your specific traits in a game, you'll build up a takeover meter. For example, if you are a rim protector, locking other players out of the paint will help to boost your bar.

Once it is full, you can unleash a special ability based on your play style. The particular abilities you get depend heavily on the kind of attributes your player has, so planning your build to suit your playstyle has never been more important.

In NBA 2K18, not many people appreciated the automated contest system. With this, it let defenders contest other players simply by holding a button. For offensive players, it was difficult to break through unless you had a fast dribbler. And in that case, you could just dribble straight through people.

In NBA 2K19, both playing the offensive and defending against the person with the ball takes far more skill. You need to master the stick to be able to compete with the best players. 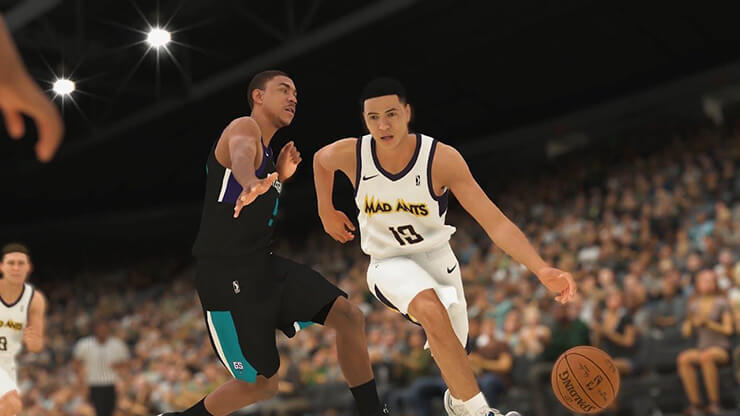 You have to adjust your thumbstick according to how the defender is moving to get around them. On the flip side, defenders must actively control their character with the stick to block shots too.

Overall, the dribbling and ball handling mechanics are more fluid and intuitive in 2K19 as well. Players have more control over what's actually happening on the screen.

The number of complaints about player clipping issues in NBA 2K18 was incredible. It turns out there was a bug that the developers missed before pushing out the game for release.

Because of this bug, you'd often see players morph into each other, limbs go inside each other, and other strange collision issues. This created some big problems for the entirety of NBA 2K18. 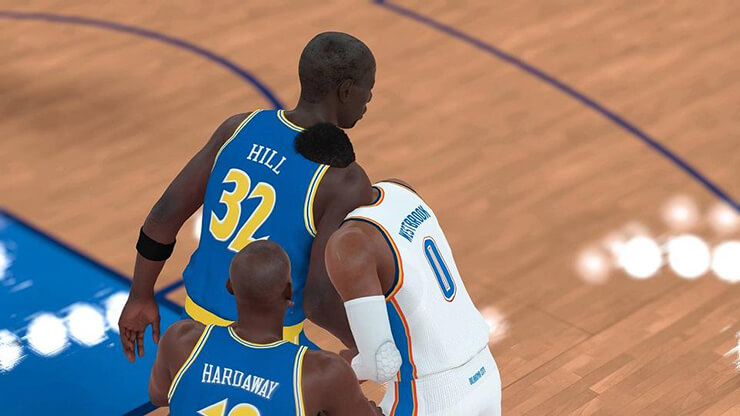 Thankfully, this is no longer an issue in NBA 2K19 and the animations are far better. When you collide with a player, your character will act as he should and not push through or inside him.

If you've ever had any game changing moments due to clipping issues in NBA 2K18 i'm sure you'll be ecstatic to hear about this change.

If you are the kind of player that likes to actively get in the heads of your opponents, you'll love 2K19. New taunts and streetball moves have been added to the park.

Streetball moves let you perform things like nutmegs or taunts whilst you have the ball, yet keeping it just out of reach of an opponent. 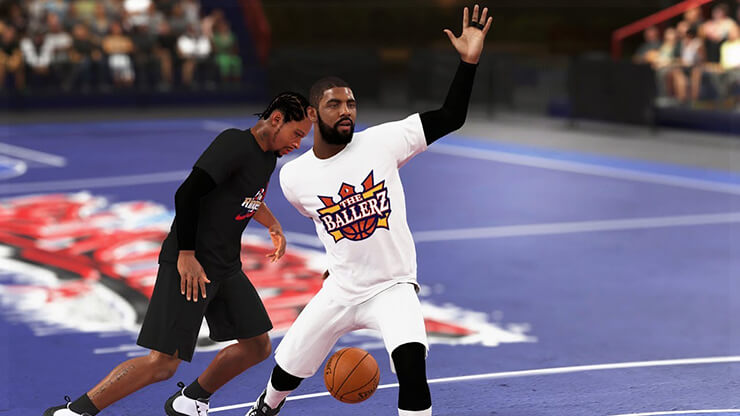 When you're walking all over your competition, this is the kind of stuff you'll want to pull off. Of course, these kind of show off moves are risky.

There's nothing wrong with a bit of BM in the park, but none of these types of plays are available out of the park and in the NBA, and rightly so.

NBA 2K18 didn't have a shot meter on lay ups and many people didn't like this. Our complaints have been heard because the shot meter is needed on every single lay up in 2K19.

The timing for the shot meter will be different with each animation, so you'll need to learn to master different timings. 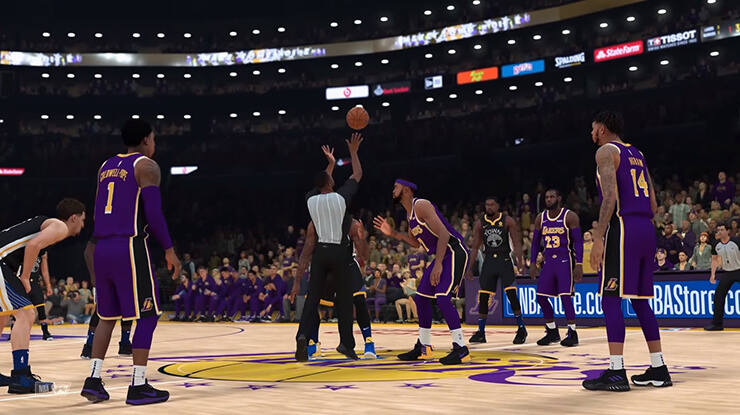 On top of the new lay up meter, changes have been made to the shot meter in general. You can now choose where to put the meter - by your feet, your hands, or turn them off completely.

Other quality of life improvements such as a color picker for the shot meter have been thrown in too.

New Experience In The Paint

Getting past the defense of your opponents won't be such an easy task in NBA 2K19. There won't be any easy trips into the paint because of the new collision and new ball stealing mechanics. Players will have to work harder to get lay ups that are actually open. 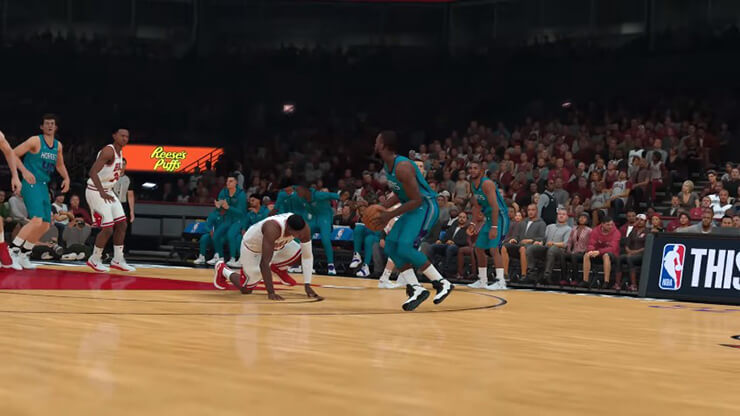 And if you let your guard down for too long or keep possession of the ball in amongst a grouping of the other team, expect the ball to be snatched from you.

The AI in games is getting scarily good these days, so it should come as no surprise that the AI in 2K19 has been improved significantly. 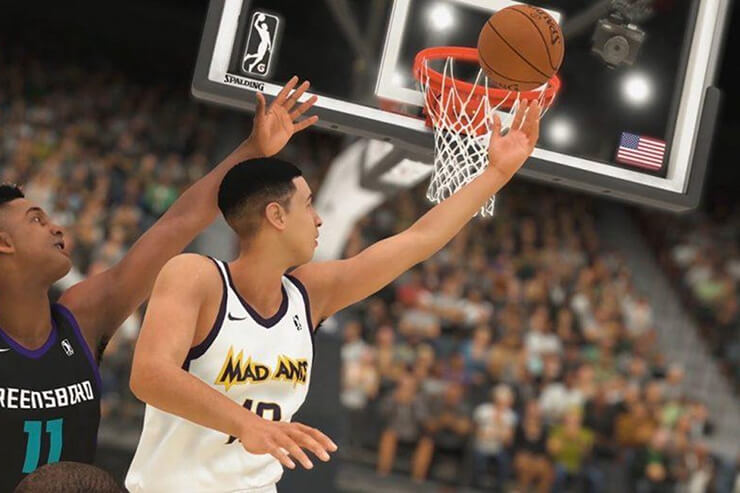 If you keep cheesing the ball off of the AI or keep using the same strats to get easy points, expect the AI to respond to that. The AI will start to learn how you play and you'll constantly need to mix things up to stay out on top.

This doesn't necessarily mean the new AI will make the game significantly harder - there are still options to adjust the difficulty so if you want a walk in the park, the option is there for you.

What are your thoughts on the new NBA 2K19 features? Do any of the new changes make you interested enough to try the game?