Published in Entertainment on 19th November, 2018

There are a lot of movie and TV show choices out there, but sometimes you just want something you can sing with! During those times, a musical is a fantastic option, and there are more and more of them every day. Whether you want something newer or an old classic, there are so many choices. We're here to list some of the best musical movies and music out there for you, to help you with picking the ideal one to watch! 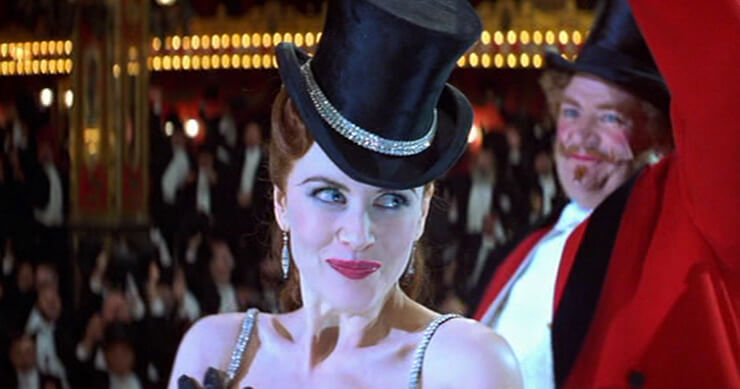 There are few things quite like a great musical film. Discovering the songs can be so much fun, and oftentimes the stories can bring a lot to the table overall. When you want to watch a fantastic musical film, these are some options that will have you humming for days.

For those who love a sad story, this one is a great choice. It tells the story of a long-term prisoner who runs away to seek out a new life. However, when the officer who freed him makes a solemn vow to bring him back, he discovers he's unlikely to find peace anytime soon. In addition, he's taken on the care of a child, making the situation that much more complicated.

This film teaches us that you don't have to be perfect to gain fame. Quickly becoming one of the largest celebrities, Tracy Turnblad realizes that she has more power than she may have expected. Choosing to use her fame to raise others up, bringing racial integrations and some important lessons to the less than open-minded times. This is a great one for laughs and uplifting lessons!

If you're a fan of the darker side of musical movies, it's worth giving Sweeney Todd a watch. This musical film tells the story of a wrongfully imprisoned barber who has returned to London for his revenge. When he discovers that things aren't at all the way he left them, he decides to use his barber's blades for something more than smooth shaves.

When you want something truly entertaining, Chicago is a fantastic option. It tells the story of a duel for note and fame between two celebrity women end up in prison. While many would be more concerned about finding their way out of the trouble, these women refuse to be outdone by one another. On top of that, they've both hired the same lawyer.

If there's one thing worth singing and dancing about, it's true love. In this film, a poor writer meets a classy, gorgeous singer and falls in love immediately. However, her time has been purchased by a rich Duke in exchange for providing the financial resources for a new show for her to star in. Satine will have to choose between true love and financial security beyond her wildest dreams.

This is one classic you really can't go wrong with. Having met over summer vacation, Danny and Sandy have expected to be separated by distance and the return of the school year. However, when Sandy is transferred to Danny's school, she learns what his real reputation in. Cliques collide in this film, leaving viewers wondering if they'll manage to bridge the gap.

This is a great film to watch when you want something whacky and fun to enjoy. It follows newly-engaged Brad and Janet as they head off to share their engagement with the professor who's class they met in. However, what they find along the way certainly isn't what they expected. When their car breaks down during a storm, they end up seeking shelter in a strange building filled with strange people.

Fiddler On The Roof

For those who like their musical films to include a little bit of history, Fiddler On The Roof is a great movie to watch. It depicts the life of a milkman who resides in a small Jewish community in Russia. As he works through normal events like trying to get his daughters married off, there is something much bigger and darker that rests on the horizon.

This Romeo and Juliet adaptation is one that has been well-known for many years. It depicts rival gangs, the Sharks and the Jets who seek to control the same area. However, things get a little tricky when the co-founder of the Jets falls for the sister of his rival, Bernardo. Hate and love collide when neither gang is willing to call a truce for the sake of love.

The Wizard Of Oz

While it may have a little less music than some of the others in this list The Wizard Of Oz is a classic that many have enjoyed for decades. When a young girl is feeling like an outcast in her own life, a sudden storm whisks her off to another land. With the help of a tin man, a cowardly lion and a scarecrow, she learns that there really is no place quite like home.

Choosing between two loves can be a difficult thing for a lady in 1955. This well known musical film portrays two women, Laurey and Ado, who have just such a problem. Each has to figure out which man is the right one for them before that decision is made for them. If you're looking for a fantastic classic, this one is a great way to go.

Singin' In The Rain

Not everyone who has a face for movies also has a voice for musicals. That's what the two stars in this film discover when their most recent portrayal as a movie couple gets shifted into a musical version. While Don is able to sing like a bird, Lina is unable to live up to the part and a young actress by the name of Kathy joins the crew to sing for her.

The Sound Of Music

There are few who aren't familiar with this classic! Based on true events, a new governess is brought into the home of a naval captain recently widowed. In taking care of the household and his seven children, they all learn the joys that music can bring to their lives. If you've ever been interested in learning about the Trapp Family Singers, watching this film is a great start!

There are few things that can crank up the drama in a movie quite like a love triangle. In this movie, Brian and Sally find love in one another. At least until the wealthy Maximilian von Heune enters the scene. As things become more complicated, the pair learn that they are both interested in the playboy, but he may not feel entirely the same about them.

The desire for bright and shiny careers becomes complicated when an actress and a pianist develop feelings for one another. Alongside their success, they find that their love and their dreams are at odds, resulting in decisions that have to be made by both. If the plot isn't enough to convince you that this one is worth a shot, the big names of Emma Stone and Ryan Gosling are sure to!

In a world where everything can be financed, including organs, a sheltered girl navigates through an entry into adulthood. From start to finish, this film is nonstop dark fun, from the grave robber stealing a chemical concoction from those who have died, to the protagonist discovering the true identity of her own father as a repo man. The name takes on a whole new meaning when it's organs being repossessed rather than cars or homes.

If you'd prefer something that you can binge for a longer period of time, then a musical TV show is right up your alley. These shows are sure to keep you entertained and singing the songs included for long after you've finished watching the actual episodes.

One of the most well-known musical TV shows is crazy ex-girlfriend. This show follows Rebecca Bunch through her search for love, meaning, mental illness and more. It's a highly entertaining show that is great no matter how many times you watch it. If you haven't given it a shot already, there are now 4 seasons, meaning you'll have plenty to binge!

If you love bingeing on long-running shows, Glee is a great one to check out! As the members of a high school club learn how to accept their strengths and lean on one another, they also gain a safe place from reality outside of school. Watch these talented kids create fantastic performances, take on Sue Sylvester, a cranky cheerleading coach, and impress us more with every episode.

Chasing big dreams can be a frightening thing, and not everyone has the strength to take it on. However, Star and her crew take on fame and learn about the prices that can be involved. Though she had a tough life, Star learns that following her heart can come with a lot of its own difficulties. With a high rating and plenty of fans, this one is hard to fail with!

If you like some humor and fantasy in your musical shows, definitely check out Galavant. This show portrays the story of a disgraced hero, driven by the need for funds to help a princess who's kingdom is in dire trouble. As a nasty king and the queen he stole from Galavant himself wreak havoc on the kingdom, the knight, princess and squire have to learn to work together to defeat them.

While providing hearty helpings of drama and music, this show depicts just how hard the Broadway life can be. It follows a variety of people, from those who want to do their honest best to those who aren't above pulling a few tricks to get their way. As the Bombshell team moves in on reaching their dream, they handle obstacles, heartbreak and more.

This show takes a step back in time as four friends strive to make it big as a boy band. As they make their way to Los Angeles and stardom, they learn that there's a lot more to the life of a pop star than fancy things and girls. It's going to take an ability to rely on one another, work hard and prove that they have the dedication to make it all the way to the top.

The music business is a tough one, and this show portrays just how nasty it can get. When Lucious Lyon is diagnosed with an illness that will leave him unable to continue his work for three years, he has to decide which son to pass the business along to. Each with different strengths and weaknesses and an ex-wife making matters more complicated, it's a mess he'll have to figure out quickly.

While it isn't a long series, Dr.Horrible is a classic when it comes to musical shows. We follow a dastardly villain, Dr. Horrible, who is trying to navigate love as well as get into an elite group of villains. Starring Neil Patrick Harris, Nathan Fillion and Felicia Day, this is a show that definitely won't fail you!

Flight Of The Conchords

This is another great one for those who are fans of musical comedy. In this show, a pair of friends make the trip to New York on the hunt for success and love. However, finding either of these things doesn't prove to be easy! You'll surely be able to expect great things from this one, as it has received some fantastic ratings and reviews.

Country music may have more drama than we ever could have thought! Rayna James is a country music star who has held a long and very successful career, but it's started to decline. While others recommend going on tour with another singer she isn't a fan of, Rayna believes the answer may come with a songwriter who has yet to discover her own potential.