Why You Should Try Out Dungeons And Dragons

There are so many games out there to enjoy with friends, but some folks may get bored with the standard rounds of Monopoly or Uno. When that occurs, it can be worth taking a look into something that runs a little more deeply. 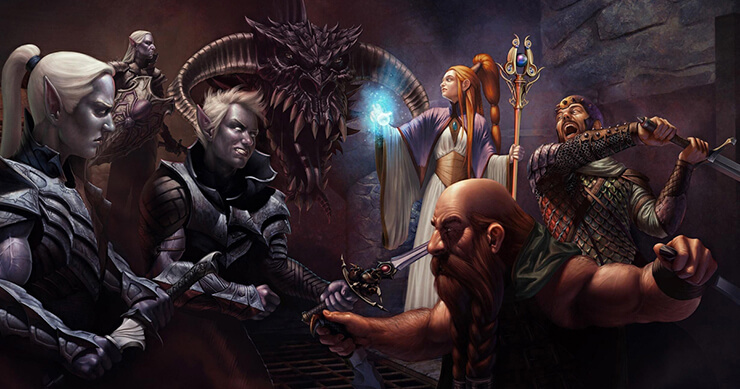 Dungeons And Dragons is a perfect way to do that. You get to take a deep dive into a new world, take on a new persona and have a lot of fun in the process. It's an ideal game for storytelling purposes, improvisation and just a great way to have fun in a new way!

In longer campaigns, you can quickly discover that as the battles, puzzles and adventures build up, the story you're creating as a group is a truly great one. Even the little jokes your characters make along the way can become a huge, important part of the overall story.

There's a reason why so many people take their Dungeons And Dragons adventures and turn them into novels. With a good game master and a solid group to play with, your journeys can become something truly intense and magical. If you love movies or books with great stories, then why not set forth to create your own?

Get Lost In A New World

As the world around you fleshes out, you'll be able to take a deeper look into the cultures and lives of fictional beings. What are the race relations between elves and dwarves? Is there racism among these cultures in your land that plays into your quests? It's all up to you and your game master.

It can be so easy to lose yourself in the imaginary world around you, which is great when you need a break from everyday life. You get to leave behind the office, the bills and the responsibilities of everyday life in favor of adventure in a world entirely unlike your own.

Many of the adventures you'll face will require your characters to work together, each using their own strengths to boost fellow adventurers and take down powerful enemies. These kinds of strengths can help your friends to avoid death and find solutions to a wide variety of problems. 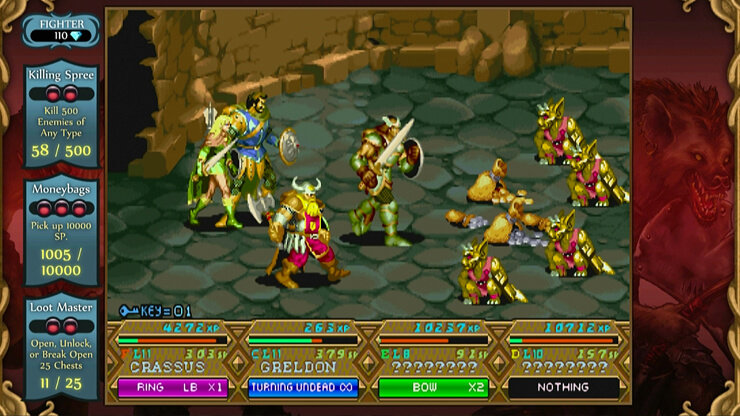 As a result, you'll learn how to work together in the most efficient ways to get the job done. Through making the effort in a fictional world, you may even find that some of that teamwork flows over into the real world. In addition, it can be a great way to learn to work with some new people!

Not all problems in the world of Dungeons And Dragons can be solved with brute strength. In some cases, you'll have to work with your group to solve puzzles or tie together hints that you may have received prior to a large battle. Working together is a key aspect of being able to progress through the world.

Consequently, the players learn to notice things they might not otherwise, and tie together the details. In addition, they practice critical thinking skills that are highly important in the outside world. It's like solving story problems in class, except with a lot more fun and excitement to keep things interesting.

In most cases, the world around you and stories you create aren't hard and fast. You don't have to exist in a boring fictional world, and you can shape little bits of everything around you. Though antagonizing or making friends with NPC characters, choosing how you respond to enemies and a whole lot more.

Elven wizards, dwarven warriors, halfling clerics and more adorn the fictional world. If you choose to, there are also other DnD-style games that can allow you to open the world to vampires and werewolves as well! The limits go only as far as your imagination (and your game master is willing to allow). 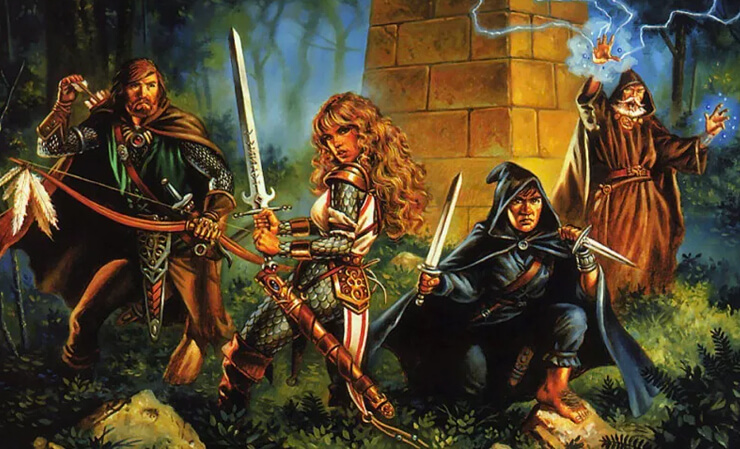 On top of that, you also get to choose what makes your character's personality pop. Maybe they're not the brightest bulb? Maybe they're haughty and easily annoyed, or maybe they have a strange phobia? Through Dungeons And Dragons, you get to flesh out a character with their own personality and quirks.

One of the greatest aspects of a quality Dungeons And Dragons campaign is the ability to take an inside joke and use it to develop the story in a meaningful way. It's a great way to have a lot of fun with the game and create a story that is uniquely your own. On top of that, it doesn't even need to be a particularly brilliant joke!

If you're someone who loves inside jokes, this is a very fun aspect to add to the overall game. It's also a great way to promote bonding with the friends you're playing with as well as your character's friends. Overall, it's just one of many ways to shape the world your character exists in for the better.

If you don't mind reaching out to find some new people to play with, Dungeons And Dragons can make for a great way to bond with new people. When you play with new people, you also get the opportunity to add some new flavors to the world and storyline.

For those who are already very familiar with the game, offering to run a campaign for others can be a great way to quickly get a group together. Otherwise, there are many places you can go to find games that are starting up!

It can be so easy to forget what it's like to completely lose yourself in another reality. We had so much fun doing it as children, and it was such a simple thing. All you had to do was create a few rules, pick the world and suddenly you're a cowboy, or a character in your favorite cartoon. 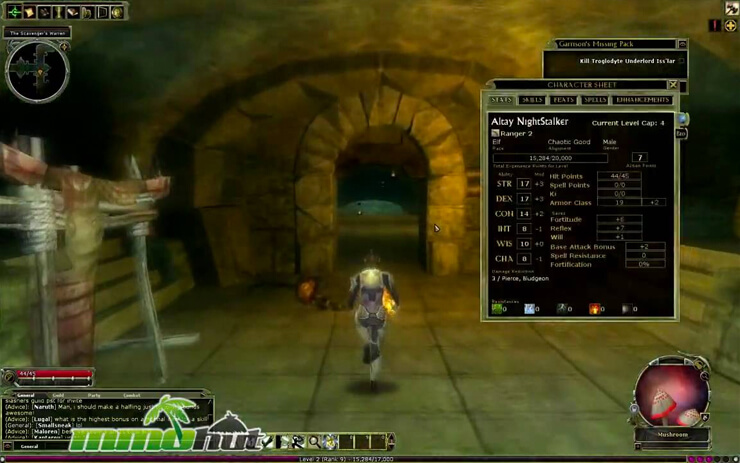 Dungeons And Dragons is a fantastic way to take that creativity into your adult life. It's a great outlet that allows you to leave the rest of the world behind and have some real fun playing in another world.

On top of the creative storytelling, there are also visual aspects you can enjoy to help with visualizing the world your character is in as well as the character themselves. There are online aspects you can use when you're playing with people who aren't right there in the room with you as well.

Many people like to use maps to give the players an idea of the setting their character is in. These can include small figures known as "minis" that depict the players and enemies they may be facing. It's a great way to bring the story to life!

Alongside spurring on creativity, Dungeons and Dragons can be a great way to hone in your writing skills. This is especially true if you decide to take on the challenge of being the game master. Developing your own stories, puzzles and designing a world for your characters is a huge feat in creativity as well as writing skills.

Not to mention, the more work you put into it, the better the story will be for your players. Keep in mind that this job can be a lot of work if you decide to sign up for this job though!

Being the game master can be a hugely rewarding job if you've got a group of players who are willing to play nicely. It's to be expected that they may not follow everything you set up perfectly, but that can serve to make the overall story much more interesting in the end. 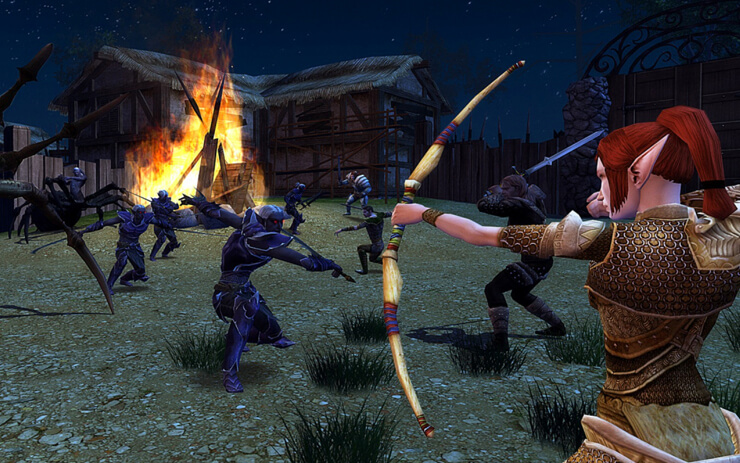 Whether you choose to brew your own story or use one of the pre-written storylines, it can be a lot of fun to take your players on adventures through the world. On top of that, you become essentially a god for the characters that are involved!

Just like any game, the goal in the end is just to have fun. If you have friends that are interested in learning a game that can be a little more complicated than a round of Uno, it's absolutely a worthwhile game to try out together.

There's a lot of fun to be had, and you may even decide to keep the characters rolling indefinitely. If Dungeons and Dragons isn't quite the taste of your group, consider some other RPG tabletop games that might be more suited to some other tastes! No matter what you choose, you're sure to have a great time.