What's Next For Lara Croft Now That The Origins Trilogy Ended?

Published in Gaming on 3rd December, 2018

Lara definitely needed a reboot. After Tomb Raider: Underworld that returned the series to its roots, with the emphasis again shifting to exploration instead of combat, the story that started with Legend ended and developers had to make up something new. In the meantime, Uncharted came and took the Indiana Jones-like action adventure throne from Tomb Raider, mostly because its perfect combination of exploration and puzzle solving and combat, which played a much bigger part than in Tomb Raider, and which also felt much better than in Tomb Raider games. 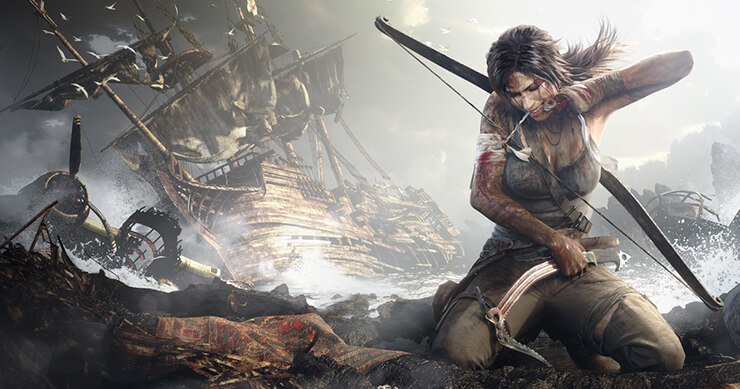 Eidos also was bought by Square Enix and the company put the series on hold for a while, with only one spinoff game, Lara Croft and the Guardian of Light, being released between 2008 and 2013. We finally met new Lara in 2013's Tomb Raider that started a new trilogy that shed light on Lara's early days and her Tomb Raider origins.

The games were great, with the last one again shifting emphasis from combat to exploration and puzzle solving, making it the best Tomb Raider game since 2006's Anniversary, but with Shadow of the Tomb Raider being the last chapter of the Origins trilogy a question arises on where the series is heading now that we experienced the creation of the Tomb Raider?

Back to the roots

The first option is, of course, continuing the story started with the origins trilogy. We saw just how Lara Croft became Tomb Raider, how she evolved over the course of three games into a survivor capable of doing anything in order to do the right thing. Now, there two choices when it comes to the continuation of the story - either we will see new games based on the original series, or we will see a completely different, original story. Games based on the original series could fit excellent with the context of the Shadow of the Tomb Raider ending.

Warning: Spoilers regarding Shadow of the Tomb Raider ahead!!!

Shadow of the Tomb Raider ending brought us the final stage of Lara's character evolution; during the course of the game, she experienced the dark side of her adventures, the one that showed that her actions can sometimes come with dire consequences. In her attempt to stop Trinity by taking the Dagger of Ix Chel Lara activated the apocalypse she intended to prevent. 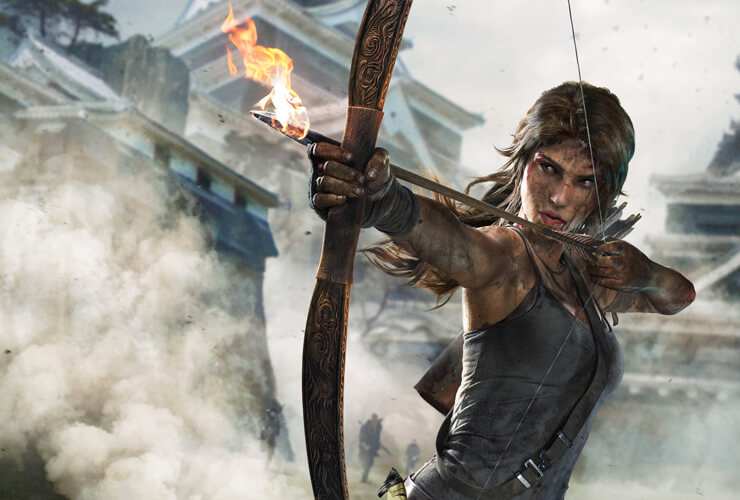 She ultimately stopped the apocalypse but changed as a person. Instead of always trying to do the right thing no matter what she decided to cherish the wonders of the world. Trinity is no more, with the organization's High Council being killed during the final moments of Shadow of the Tomb Raider so we have to have a new antagonist.

This could lead the next game (or the next trilogy) back to its roots with Jacqueline Natla starring as the main antagonist. This time Lara could try stopping her in acquiring ancient artifacts from Atlantis and conquering the world. Why not? The story could encompass three games, with each game continuing the story forward as Lara learns more about Jacqueline's true origins.

This time Lara won't try to take artifacts just so that other side cannot get their hold on them; instead, she could be the protector, allying with native tribes and trying to prevent bad guys from taking magical treasures. Tombs could be again a major part of the game (Lara still likes exploring) and the combination of combat and exploration could be mixed just like in Uncharted 4; less than in the original trilogy but just enough to keep the game dynamic. 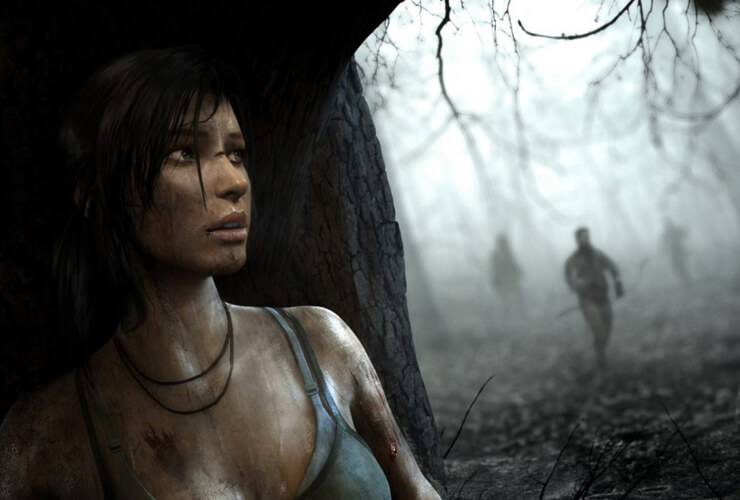 Immortal ruler of the ancient city of Atlantis (Natla's true identity in the original game) could be a great antagonist. She would be even more dangerous than Trinity, and could escape death in one or more games (first or the second) in order to return to the final piece of the trilogy, with her defeat being the end of the whole story. This direction could benefit the series.

A bit more combat, Lara Croft who keeps all those artifacts safe instead of taking them, and the epic story that takes place all over the world across many stunning locations. This would mix things up a bit. The first three games were amazing, but they all focused on just one location per game. And we already know that the ending found in the unpatched version of the game hints at the return (or in this case appearance) of Natla. And even the ending we all saw shows a T-Rex along with the pyramid, the two of the three (third being the legendary pair of pistols) most recognizable things about the first Tomb Raider.

The other possibility is taking Lara Croft to completely new adventures, those that didn't happen before. This could add a dose of mystery to upcoming Tomb Raider games, and place the latest iteration of Lara onto her own path, not depicting her a the younger version of Lara we saw 22 years ago in the original game.

But again, the game should increase the frequency of combat encounters just a bit while building on top of the excellent exploration and puzzle solving gameplay we saw in Shadow of the Tomb Raider. And no matter who we meet as the antagonist (a person, organization, or some other combination of one or more bad guys) Lara could play the role of defender and instead of trying to solve mysteries of the world she could prevent shady characters from solving them to their advantage. 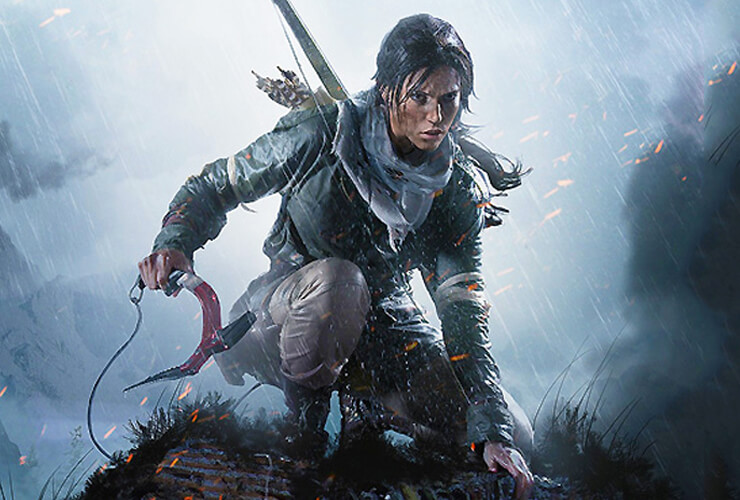 The story could lead us anywhere and it would be amazing if people at Crystal Dynamics and Eidos Montreal again created a story worthy of a trilogy. This could be a new Tomb Raider trilogy that would encompass the full life of next-generation consoles. And while the unpatched ending of the game hinted at the reappearance of long-lost characters, developers have the freedom of doing what they think that's best because they decided to go with another ending meaning they won't break canon in case we see new adventures that aren't based on Lara Croft legacy of the past couple of decades.

Look, Nathan Drake ended his career of a treasure hunter/thief in Uncharted 4 and even if Uncharted series continued with new protagonists (like Chloe Frazer or Sam Drake) they don't have the worldwide popularity and Lara Croft. This means that Lara is the most popular active treasure hunter in the world of video games so Square Enix deciding to shut down the series would be an immensely irrational decision. Sure the third part sold weaker than the other two games, but Tomb Raider is still big enough franchise to guarantee multimillion sales numbers.

At the moment, any new games are on hold because Square Enix is trying to cash in their recently acquired rights to create games based on Marvel characters, with both studios that were at the helm of the last three Tomb Raider games (Crystal Dynamics and Eidos Montreal) currently working on the Avengers Project, the upcoming game taking place in Marvel superhero universe. The deal includes multiple games so in case Avengers game proves successful and profitable you can expect more titles to follow it.

This means that we shouldn't hear about a new Tomb Raider game for at least three or so years, except in case Square Enix decides to hire a new studio for the game, but that's not really likely to happen. Crystal Dynamics creates Tomb Raider games from almost a decade and a half so they would surely be the first choice except if the studio decides to stop working on the series. 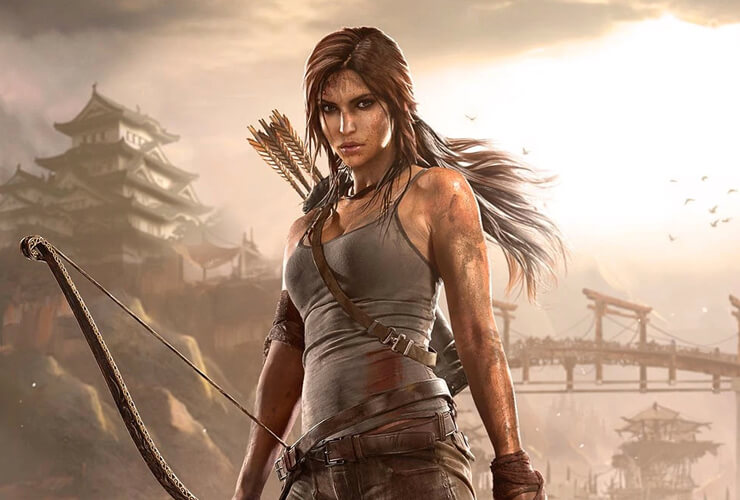 In any case, you can expect even more mobile games that will keep the public aware of Lara Croft and that will give the fans Tomb Raider bits and pieces that will keep them longing for another big game for the PC and consoles, the one that continues the main series story. And once the actual work begins we expect another trilogy because this one worked pretty well.

As for the new direction regarding the story, it is quite possible for us to see Lara again battling Jacqueline Natla but this time with new side characters, new locations, and a new plot that shouldn't have lots in common with the first game of the series or the Anniversary that came out in 2007. One thing is certain though; do not expect a new Tomb Raider game anytime soon. The Marvel deal is too big a chance for making mountains of cash so you can be sure that Square Enix will siphon all of their power to creating games based on Marvel universe, especially if Avengers become successful.

Out prediction is that a new Tomb Raider game will come out in 2022 at the earliest, for the PC and next generation of consoles. All we can do now is to sit and wait and hope that we made a mistake with our prediction regarding the arrival of the next game because Shadow of the Tomb Raider was phenomenal game that took the series back to its roots with its focus on exploration and on environmental puzzles found in the game's marvelous tombs.