Here's Why You're Not Saving Money, And What To Do About It

Published in Money on 7th December, 2018 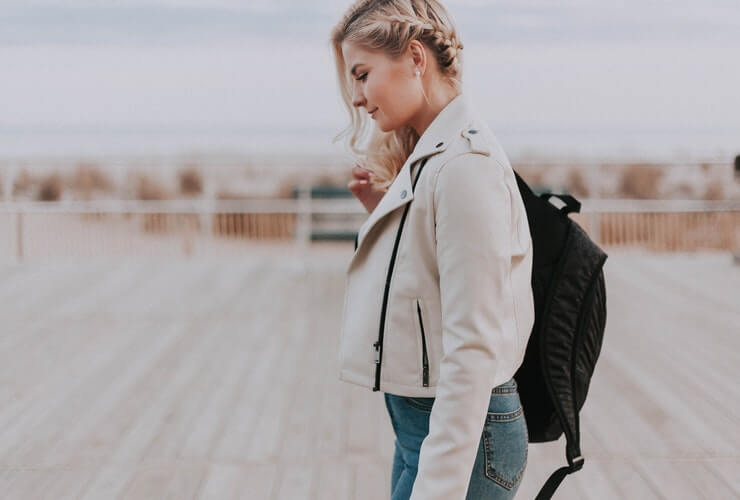 If this sounds like you, you're not alone, especially amongst the millennial generation. For many people, personal finance and saving money is not something taught to them in school, or by their parents, so we head off into the world with little knowledge and no real plan, and quickly discover that finances aren't as simple as they might first appear. If you're looking at your bank account at the end of every month, wondering how you managed to save absolutely nothing, here's why, and what you can do about it.

The most common reason that people aren't saving money, or as much money as they'd like to be saving, is irresponsible spending. It's as simple as that. At this point you might be internally protesting that you don't really spend that much money irresponsibly and this might be true, but often it's not. We're all guilty of making impulse purchases, convincing ourselves that it will be profitable in the long run, that we'll get lots of use out of it, or whatever other excuse we can find to justify making an expensive or irresponsible purchase.

Every little purchase you make adds up, snowballing into stealing away at most of your paycheck and leaving you with a scantily clad savings account at the end of every month.

Irresponsible spending isn't just about your impulse buys, it's also about your planned spending too. It includes your rent, your transportation, your gym membership, the money you put aside for entertainment. If you're spending a ridiculous amount of money on a car you don't need, or too high rent for an apartment, just because it has an ensuite bathroom, you're spending your money irresponsibly.

What you can do:

Minimalism is the practice of prioritising that which we value and disposing of that which is unnecessary. What is valuable to you will differ from person to person of course, but ultimately the practice of minimalism aims to help you save money by eliminating those unnecessary purchases and irresponsible spending habits. Look around you, what do you really need, and what could be done away with? How can you reduce your spending to prioritise saving your money and spending it on what is truly important to you? 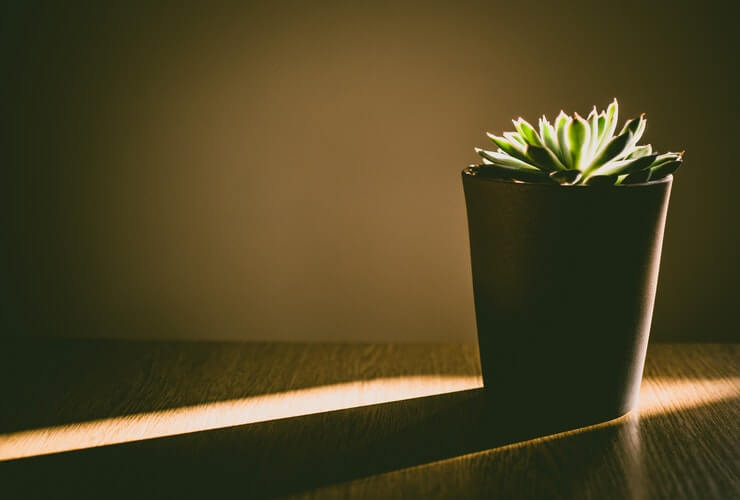 By tracking your money you can really start to get to grips with what exactly is happening to your money every month. It's surprising really, how little we track our money and you might be surprised to see just how much you spend and where. Money tracking and budgeting apps such as Yolt, or the online banking service Monzo can be useful tools to get you started if you're apprehensive about coming to terms with your spending. They're not absolutely necessary however, you can DIY it with an excel spreadsheet.

Stick to a budget

By planning out exactly where your money is going to go every month, you can save a lot quicker and a lot easier. Very few of us actually know how to budget effectively (we like to think that we do, but we actually don't). If you don't know how to budget, there are lots of resources online that can help you out.

Actively work to cut down on unnecessary spending

Do you know what you're saving for? Do you have a defined set of goals, or are you just saving because you feel like you should be and you're scared of potential disaster. Trying to save money without a clear motivation behind your actions often leads to further irresponsible spending and a dwindling savings account. Not setting savings goals hurts more than you realise because ultimately if you have no reason to be saving, why save at all? 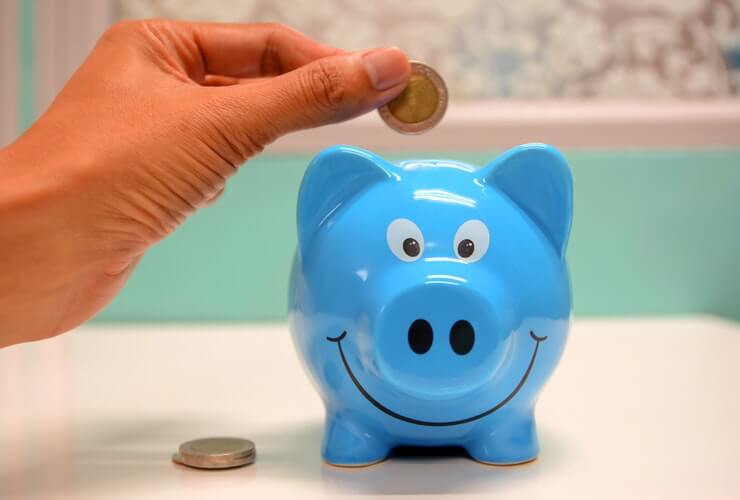 What You Can Do

Setting goals is key when saving money, as mentioned above, but you want to make sure you have both short and long term goals in mind. Saving for both the short and long term helps to keep you motivated, because you'll have the gratification of achieving your short term goals to inspire you to keep on contributing towards your longer term savings. Set some savings goals for your next vacation for example, while still contributing to your savings for a downpayment on a house.

If you want to figure out how much you need to be saving, and therefore what your goal should be, try working backwards. Look at where you want to be in the future, whether that's retired, as a homeowner, starting a business, whatever your long term goal is, and then estimate how much money you'll need and how long until you want to be there.

So for example: say you want to buy a house, and your dream house is $200,000. In order to buy the house, you'll need a $10,000 down payment, and you're aiming to buy the house in 5 years time. That's an average of $2000 you need to be saving every year, or $166 a month. Working this way gives you a defined time limit, a defined goal, and a defined amount of money to put away each month, and makes saving money all the easier because your goal starts to feel attainable and within reach.

Failing To Be Truly Proactive

Do you ever feel like, despite your best efforts, your savings continue to water down. We can easily fall into the trap of feeling like we honestly are trying to do the best we can with our money and saving as much as we can, but still feeling completely broke at the end of the month. Unfortunately, despite our best intentions, our financial problems don't just right themselves out of nowhere. It takes deliberate and direct action to truly transform your financial situation, but it's not as complicated as it sounds.

What You Can Do

Talk To A Financial Advisor

Talking to an expert in the field of finance is always a good idea if you can afford it. Take the step to recognise that you have a problem and talk to a professional. Even if you think you know what the problem is and can solve it, talking to an outsider with a keen eye for these sorts of problems can be an invaluable source of help. 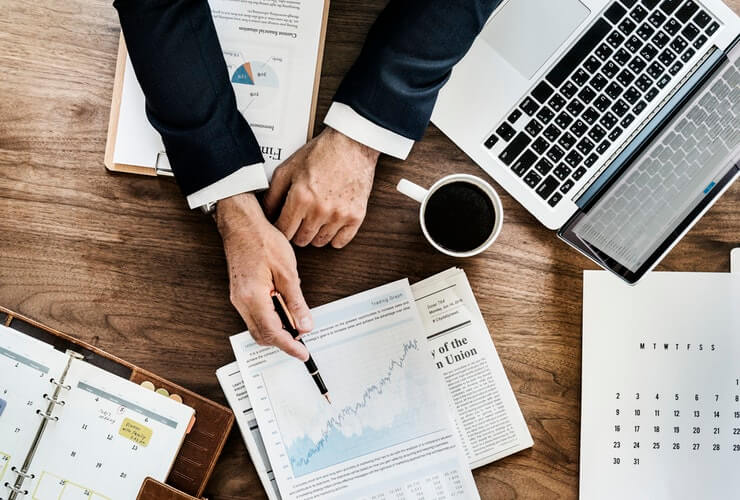 One of the most common pieces of advice that financial advisors do give, is to automate your finances. Set up your banking system so that whenever your paycheck goes in, your bills and savings leave your bank account immediately. Whatever's left is what you have to live off for the rest of the month. Almost everything essential is already dealt with, so you don't have to worry, and some of your money has left to go into your savings. As the saying goes, out of sight, out of mind.

Look Out For Deals

It might sound simplistic, but look for ways you can save money by grabbing the best deals and shopping around. You might be surprised how much money you can save, especially when it comes to things like groceries, simply by taking advantage of offers and deals available. This can also apply for bigger things, like your insurance and payments to subscription services.

Some people, no matter how much they say they want to save money, simply don't put in the effort to prioritise growing their savings. This is often referred to as "dissonant thinking" where you think one thing (ex: i'm so broke, I really want to start saving money) but your actions say something completely different (ex: you spend lots of money on clothes every month). This kind of thinking is commonplace but very unhelpful.

What You Can Do:

Not everyone has the luxury of being able to save a lot of money every month and still have money left over to do whatever they want. If you really want to start saving up for your future and have been struggling so far, you're probably going to have to sacrifice something. Even if it's as simple as you're morning cup of coffee from the local coffee shop, or as big as moving somewhere cheaper, these sacrifices in the name of saving money can make big differences. 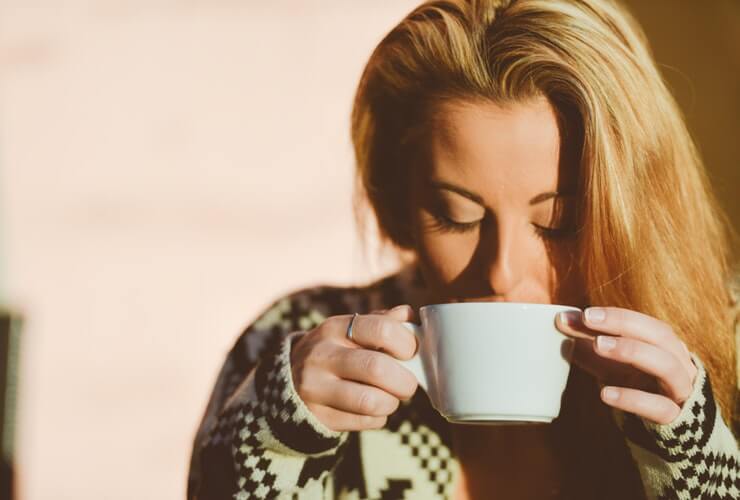 Oftentimes out biggest pitfalls when it comes to dissonant thinking is being swayed by temptation. It could be an ad on the street, a call from a friend asking to get dinner, or pressure from family members. Find whatever it is that leads you to spend the money you could be saving, and avoid it like the plague.

Get Your Friends and Family Involved

If you're friends and family are often the ones leading you astray, it's important to get them on board with your new financial lifestyle. Tell them what you're doing and ask for their support. If you're worried that you might miss out on hanging out with friends or certain activities, suggest alternatives that you could do together that won't blow your budget.

Saving money is no easy task, sometimes it feels like the universe is working against you. No matter how tough it might seem however, it can be done by anyone, regardless of your income or situation. Every contribution, no matter how small, makes a difference.