At the beginning of 2017, the infamous YouTube Adpocalypse started to heat up. If you're not really familiar with what happened, and what the key moments that lead to the Adpocalypse were, as well as the readjustment of YouTube's monetization rules, here's a quick recap of the events that occurred and some of the ways creators are using to keep their channels running and making them revenue.

It all started in the beginning of 2017 with a few scandalous events from top rated YouTubers, which led to YouTube restricting and tightening the rules of its partner program. These changes made vloggers lose a lot of money, with some saying that they experienced an 80-85% drop in revenue.

The YouTube Adpocalypse actually began when huge brands like Walmart, Pepsi, Mars and Lidl left YouTube, because they didn't want their ads to appear on inappropriate videos with racial slurs, predatory comments, and hate speech in general.

These hateful comments and racial slurs were what started the apocalypse, as advertisers didn't want their ads to show up on such videos, and they started to pull away from some of YouTube's top ranked vloggers, like PewDiePie, and Logan Paul, and even from the platform altogether. For those of you who are not familiar with the incidents including PewDiePie and Logan Paul's channels, let's review what actually happened. PewDiePie sparked outrage amongst the public after they noticed that he had shown some Nazi memorabilia in a few of his videos, and was also caught spreading racism through a video of his, while Logan Paul uploaded a video of his visit to Aokigahara, known as Japan's "suicide forest" and laughed uncomfortably while filming a suicide victim's dead body.

Now you have a clearer picture of what kind of content troubled advertisers, and why they started to pull away from the platform.

Who Was Most Affected By This Adpocalypse

YouTube losing big brand names wasn't the only outcome of the Adpocalypse. The fact that many brands pulled their ads from YouTube led them to question the type of videos posted on the platform and think of ways to make changes, so that they can avoid losing any more advertisers than they already did. In order to achieve that, YouTube put in a few new security measures in place, and as of February 20th they established new eligibility rules and changes to their partner program.

What this meant was that new and rising channels would have to have at least 1,000 subscribers, and 4,000 of logged watchtime in a year to be able to have ads on their videos.

What this actually meant was that new channels and hobbyist would have a really hard time getting ads, and make money from the platform.

Newer channels weren't the only ones suffering, because many of the existing and popular channels were badly affected by the change as well. Many reported losing up to 85% of their monthly revenue.

Here's how they managed to cope with it and still continue to make money from their channels. 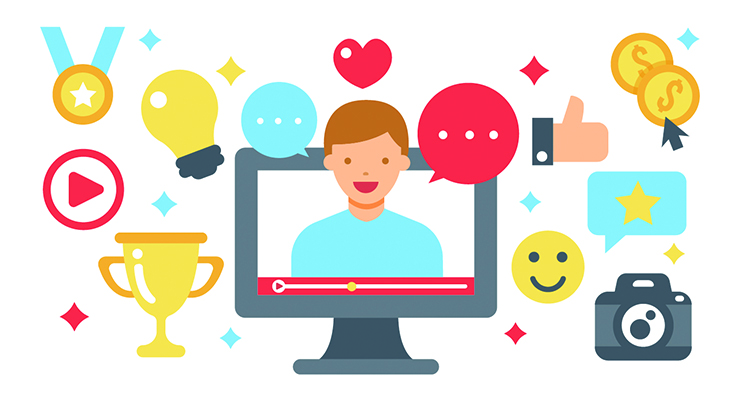 Content creators were probably the most affected by this huge change in YouTube's algorithm and in their eligibility requirements. They lost a lot of money in the months after, and expressed their outrage on social media. Nonetheless, YouTube wasn't planning on going back on their new regulations, and soon after, vloggers and content creators were compelled to change and adapt to the new rules.

Some of them adapted easier than others did, simply because their channels didn't contain sensitive content, such as politics, LGBTQ issues, or discussions about mental health, which were some of the topics that lead to a lot of profiles being demonetized.

Others that usually discussed the topics mentioned above started looking at what they could do in order to avoid being demonetized, and lose thousands of dollars in profit.

Here Are Some Of the Ways They Used And Still Continue Using:

If YouTube's new algorithms have caused you to lose a lot of profit, then you should start looking at other ways to make money to keep your channel running, and your audience happy. One of those ways is Patreon. Patreon is a way for the community to help out their favorite YouTubers, and give them financial support so that they can keep their channel and keep providing them with content they like. Through Patreon, viewers can make direct "pledges" to benefit content creators.

Patreon is a good way to get money for your channel, but it isn't a guaranteed one, as it works through user's donations, which is not a stable and guaranteed income. Plus, creators have to pay 5% fee for the service for the money raised by their fans.

If Patreon doesn't work for you, and you're tired of working through mediators, Brave might just be what solves all your problems. Brave is a simpler donation model that lets viewers connect directly with creators, and support their favorite channel, by leaving a contribution based on the amount of time they watched a video, or "pin" a certain amount of money to their favorite channel.

You can use each of the many affiliate programs you have available, and start looking for an easy niche with lower competition, or if you already have a developed niche, work on producing regular and frequent content for your viewers, and use those occasions to share your affiliate link in the description.

Ultimately, what it all comes down to is always looking for new and smarter marketing strategies, that get you ahead of your competitors, and trying out all possible techniques before you find the one that works best for you, and brings you the most revenue. You also need to consider the content that you're producing, so that you can keep your audience interested, and be able to monetize from it as well.