How Estrangement Can Be A Positive Thing

Published in Relationships on 2nd February, 2019

It's common for people to hear the term "estrangement" and think of family members abandoning each other due to some kind of disagreement.

However, there are often much deeper reasons for those who become estranged from their family to do so. Things like neglect and abuse can play into these situations as well as relationships that are simply unhealthy in a general way. 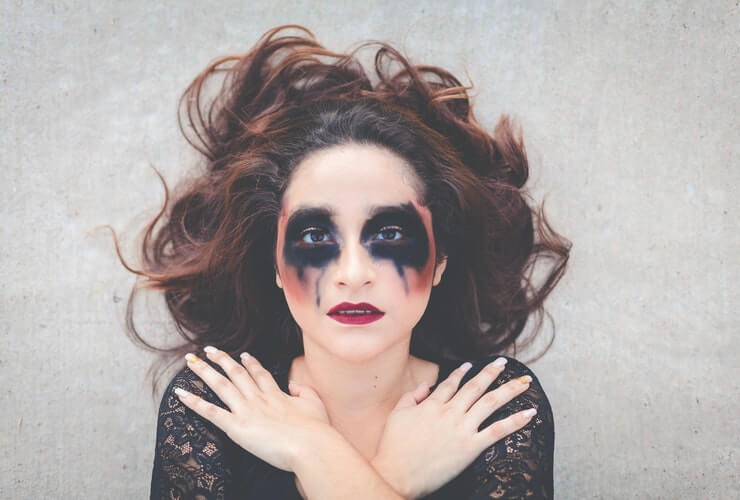 By taking a deeper look into how and why estrangement happens, we can begin to see how it's a much healthier thing than it may seem. Many simply can't imagine leaving behind family members, but for some it's something that allows them to grow and become stronger people overall.

What do you think of when you hear the word estrangement? Many of us picture relationships that have fallen apart due to an argument or misunderstanding. Basically, we think of something that just needs to be cleared up and all will be well. However, this isn't typically true in real life circumstances.

Realistically, it's more often the case that people make the choice to become estranged due to mistreatment, unhealthy relationships, abuse or neglect of some kind. It's a choice made for the sake of personal health, so to use the word "estrangement" paints the wrong picture.

As such, I'm going to use terms like "cutting contact" or "going no-contact" more often to give the sense that it's a choice, and one made so that the offended party can begin to heal from a negative relationship.

Simply put, estrangement is what happens when a familial relationship has soured, and one or both sides decide to allow it to lapse.

In some cases, there can be unresolved problems going on in the relationship that are then left behind when the relationship is cut off. What's worth noting here is that in many of these instances, the problems are ones that cannot be resolved for some reason or another.

Instead, the choice is made to create distance, which can allow those problems to be left behind. It might include moving away, blocking phone numbers or social media profiles and avoiding family events that may result in contact with the undesirable person.

While it can sometimes create stress for the family, there are good reasons for people to cut contact.

Why Do People Become Estranged?

One of the myths out there with regard to estrangement is that it happens as the result of a disagreement or grudge.

Some determine that it's an unhealthy way to cope with problems that arise with other family members, one that promotes suffering on both sides. However, the choice to cut contact can also be made with the desire to be free from someone who has a negative impact on your life. 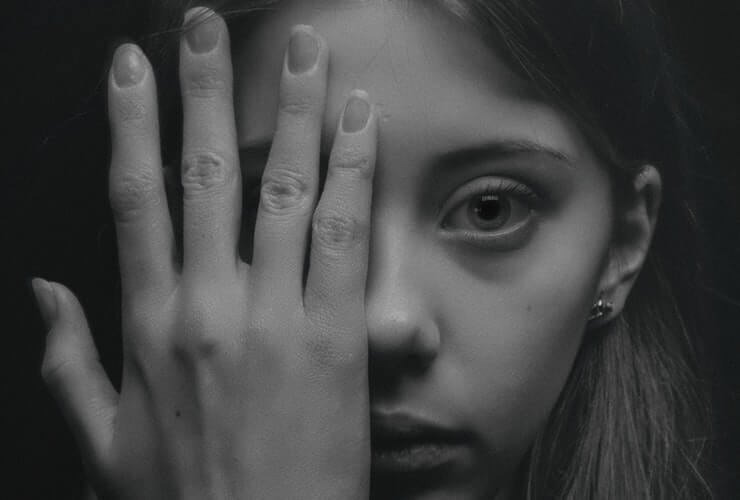 For example, someone who is abusive, chooses to ignore boundaries, or is especially abrasive.

Such a person could be a friend, coworker, cousin, uncle or even parent. There can often be an assumption made that family members are expected to be accepted regardless of how they behave, but this really isn't a healthy way to live, especially for those who are subject to nasty behaviors.

Those who choose to become estranged are sometimes making a choice to let go of people who are treating them badly.

The Difficulty Of Unhealthy Relationships

Think about a child who has grown up with parents who were verbally abusive. As that child enters adulthood, it's natural that they may want to free themselves from the grasp of their parents. However, what can make verbal abuse more complicated is that often those who are verbally abusive can put on a mask for those who aren't part of the family.

Because of situations like this, it can be easy to fall into the trap of thinking that the child has cut off contact with their parents for no reason, when in fact they have done it to protect themselves from abuse.

Something that is worth remembering is that everyone has the right to choose who gets a place in their life, regardless of the family ties involved.

It's not always easy to tell when cutting contact with someone is the right choice. In some cases, you may be able to just limit the contact you have with a person and achieve a satisfactory result. Meanwhile, in other cases the person is just too volatile to have any contact with at all.

Ultimately, the decision is going to be up to you. That said, there are a few guidelines that can be helpful to think about as you're considering the decision.

For most people, boundaries are something that are very handy to have around. In a situation with a healthy person, you can place a boundary and know that it will be respected. 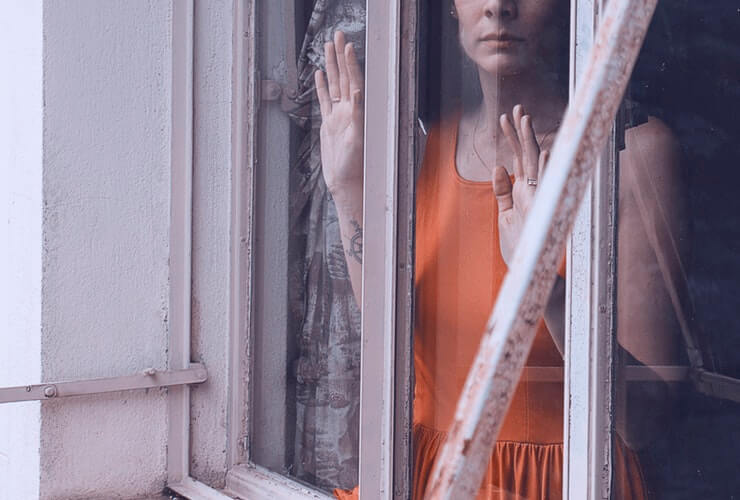 If you're unfamiliar with what boundaries are or how they work, then it's worth knowing that they are essentially limits you set so that you can feel safe and comfortable. For example, telling someone else that your weight or relationship status aren't topics of conversation you want to be involved in.

In other cases, these boundaries might get a little more serious, depending on your situation.

Not everyone is going to react well to you setting boundaries. Some may try to tell you that the boundaries are unhealthy, mean, disrespectful or unwarranted. However, it's important to set your boundaries and stick to them. From that point, the other person will show you whether or not they are worth staying in contact with.

Those who respect the boundaries you set are likely reasonable enough to be worked with on whatever issues may be going on. However, those who don't are showing you that there's a good chance they won't put the effort into a healthy relationship with you.

Attempts To Communicate Are Thwarted

It's also a clear sign that a relationship is not healthy when there is an extreme inability to communicate. If you're attempting to talk to someone in your life about problems in the relationship, setting boundaries or other concerns, and they aren't willing to have the discussion then it's definitely a red flag.

In some cases, such an individual may take a complaint and turn it back onto you, making you the perpetrator and themselves the victim. Otherwise, they may simply ignore what you're trying to tell them or react in a volatile or defensive way, or give you the cold shoulder.

These kinds of behaviors portray an unwillingness to take responsibility for their behaviors. Furthermore, it can show that there is a lack of emotional and mental maturity on their part.

Overall, if you make the attempt to resolve a problem through communication and the other person is unwilling to do their part, it's worth considering whether or not it's a relationship worth keeping.

For most, this one is a given. However, it's not always clear when a behavior is abusive and when it's just unpleasant. Keep in mind that it's often better to rule on the side of caution, for your own safety.

Physical abuse is often the form of abuse that is the most clear. If someone is harming another physically in any way then it qualifies as physical abuse. 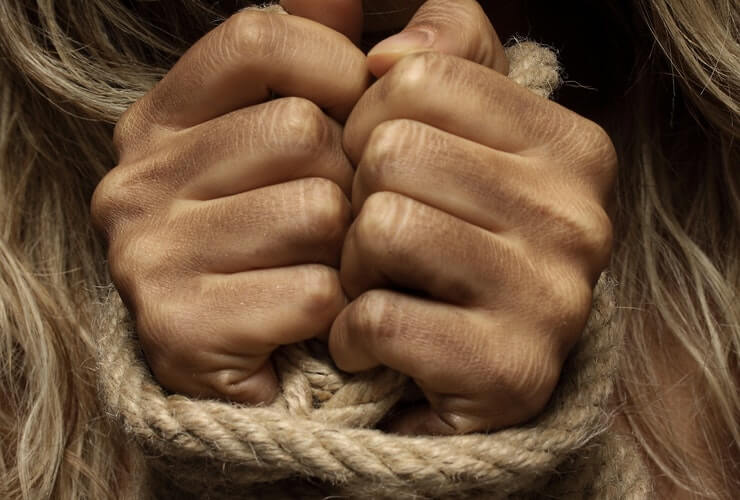 However, verbal abuse and neglect may not always be as obvious.

Things like gaslighting, name-calling or generally saying cruel things to another person for the sake of making them feel badly is abusive.

If you or someone you know is experiencing any form of abuse, don't hesitate to get help.

The National Domestic Violence Hotline offers chat services, references and a line you can call any time at 1-800-799-7233.

Your Life Is Better Without Their Presence

Even if you can't pinpoint things like abuse or boundary-stomping, it's worth thinking about how a given person makes you feel.

If you spend time around someone, and realize that they leave you feeling badly about yourself, suffering from self doubt, low self-esteem or depression, it might be worth considering if the relationship is one you want to keep.

One of the biggest things people notice when they cut contact with toxic family members are that their lives are better. Over time, they feel more confident and free without that presence causing negative effects to their thought processes.

Leaving behind an unhealthy presence isn't an easy thing.

You can be left feeling guilty, unsure if you made the right choice, and other people in your life may not understand. That said, there are benefits you'll notice as well. Things like a greater level of confidence, self esteem that is slowly improving and a whole lot more.

If you're concerned about estrangement, are thinking about cutting contact with someone, or are in need of some general help to sort things out, make sure to visit a professional.

That way, you can get the guidance and support you need no matter what direction your life goes in.