How To Know Your True Love (Is He The One?)

Published in Relationships on 12th February, 2019

At some point, we all start to ask ourselves if the one we're with is the one we'll want to spend our lives with. What sets "Mr. Right" apart from "Mr. Right Now"? It's not always clear, but there are many variables that can help you to get a better idea. To make it easy, we're going to list them for you!

Continue on and take a look into several signs that will let you know if your man might be the one to spend your life with! 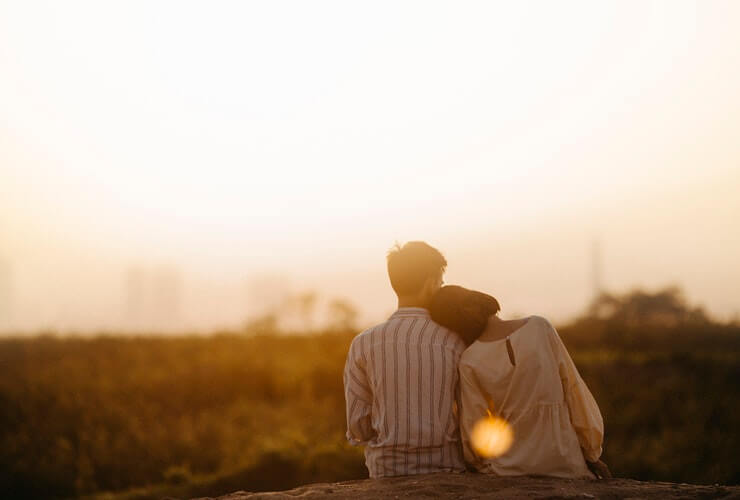 How To Tell If He's The One!

These signs are easy ways to tell if your significant other is the one. Take a look through them, and think about how they apply to your relationship. You'll surely have a clearer idea of whether or not he's the right guy for you by the end!

When you know, you just know. If you can take an honest look at your relationship and determine that there are no red or yellow flags, it's likely he's the one! In the right relationship, you'll feel safe, you'll have no anxiety or suspicions that he may not be faithful, and you have open lines of communication.

You Have Shared Values

You want the same things! You're in the right relationship if you feel the same way about major topics like marriage, children and anything else that is especially important to you. Furthermore, it helps to agree on a general timeline for things like marriage and children to take place.

If you not only get along well romantically, but also in your day-to-day life. This is someone you know you can be goofy around, who will listen to your rants or concerns, and who you just want to be around on a daily basis. When he's the one, even washing the dishes together can be an enjoyable activity.

He's Happy To Be With You

He has no problem going on dates with you, vacations or even being your plus one when you attend a wedding. He's just happy to be with you! It's also a great sign when you can feel comfortable inviting him to such events comfortably, knowing he'll have an understanding of appropriate behavior during them.

The one is someone you know will lift you up when you're feeling badly in some way. Whether you're sad, angry, disappointed or just feeling unsure of yourself, his goal is to support you. That's not to say that he'll do everything for you, but that he'll hold your hand and give you a boost when you need it.

He Loves You The Way You Are 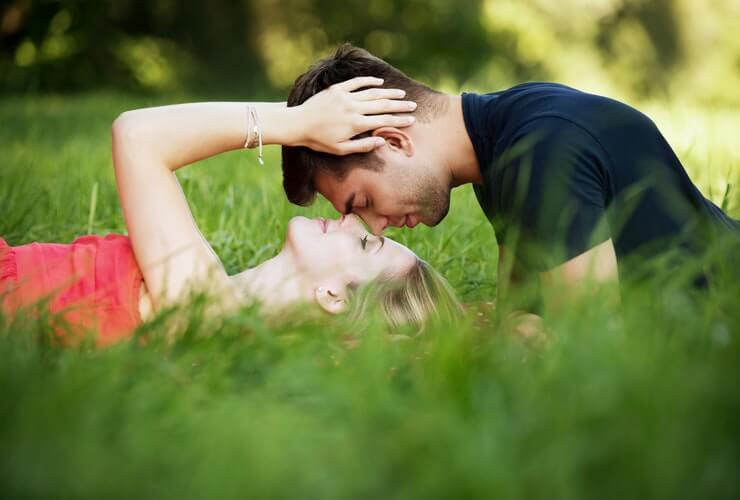 You Can Talk To Him!

When you know you can talk to your significant other about pretty much anything, he's probably the one! This means even sharing embarrassing stories, good or bad news, or anything else that may come to mind, knowing that he won't judge you, and will celebrate with you when the situation calls for it.

There Is Shared Trust

When both sides of the relationship know that they can trust the other, you have a solid foundation to stand on. This means that both sides are willing to communicate openly, no one is keeping secrets and honestly is highly valued by both partners.

He Builds You Up

He's the one if he's frequently cheering you on. Whatever direction you want to take your life in, he's your number one fan. In addition to that, you know that you don't have to do things like change careers or lose weight to make him happy, just that you have his full support if you choose to.

You Can Plan Together

A huge sign that he might be the one shows up when it comes to planning the future. You don't have to feel afraid of bringing up things like marriage, or even planning to attend an event or go camping a few months down the road. You'll really get the sense that he plans to be right there with you, whether it's months or years away.

If he understands how to handle you when you're upset, angry, hungry or tired, he's probably the one. For example, if he knows you've had a rough day at work and makes the effort to get your favorite treat, draw you a bath, or provide extra comfort to you in some other way. You won't even have to ask.

This is an aspect that is quite underrated, but it can be a large sign that he's the one. If you can rely on him to get groceries, run errands, or handle a chore, then it can often show that he's listening. He cares about what you need him to do, and he's willing to put the effort into making sure it gets done.

You Want To Talk To Him About Everything

Who do you text or call first when you have good news? If he's the first person you want to talk to, that's a clear sign that he really means a lot to you. On top of that, he's definitely the one if you're the first person he wants to talk to as well! 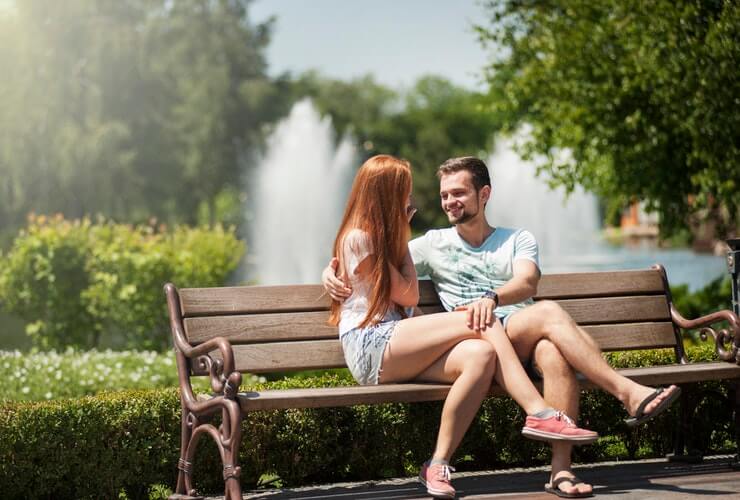 He Gets Along With Your Family

It's always a fantastic sign when he gets along with your family members. Take a look at how he behaves around those who matter most to you. If you have difficult family members, it can also be great to see how he handles setting boundaries with those who may not have your happiness in mind.

You Want To Make Each Other Happy

There are often obstacles that can come up in relationships. Things like moving for the sake of jobs, closing the distance in a long-distance relationship, and sacrificing time spent on entertainment to make sure your life together is going smoothly. Being willing to take on these sacrifices is a good sign that he's the one.

You Can Go The Distance

Long distance can be an extremely difficult thing for any relationship to go through. If you experience long distance with your significant other and are able to make it through the time spent apart, it's a huge deal. You can bet there's a big chance that he's the one!

Most people can hear, but actively listening is something that shows just how much he cares about you. That means not only listening when you initially talk about something, but asking about it later, or otherwise showing you later on that he retained the information you shared with him. 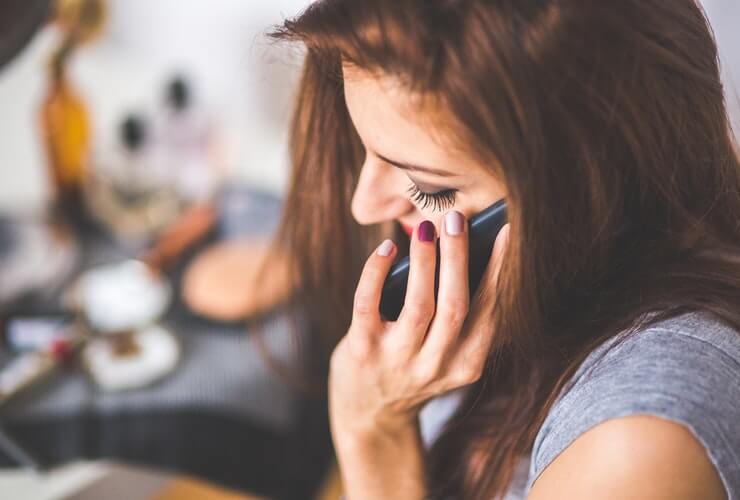 You Want To Spend Your Life With Him

Think about the future. Do you find yourself excited to spend your life with him? This means really imagining your life together beyond the wedding. If that image feels right to you, then it's a clear sign that he's the one.

You Both Fight For The Relationship

When you know that he's got your back, no matter what you're dealing with, he's the one. This means if other people are being unkind or unfair, you can trust that he will stand up for you. It also means knowing that he'll handle his half of the responsibilities around the house, as a parent and as a partner.

We all have times when we're feeling angry, sad, depressed, frustrated or any number of other emotions. He's the one if you know that you can express any of those emotions without feeling like you'll be judged or invalidated. He's there for you, and he cares about how you feel.

You Can Do Nothing Together