How To Stop Holding Yourself Back

Published in Lifestyle on 13th February, 2019

Do you dream of being a musician? An author? An Actor? Or maybe, you'd just like to get a promotion at your current job but just can't seem to get there. It could be because you're holding yourself back.

If you think that might be the case, don't worry! A huge majority of people are guilty of holding themselves back in some way or another. Here, we're taking a look at how and why this happens, and what you can do to get ahead. 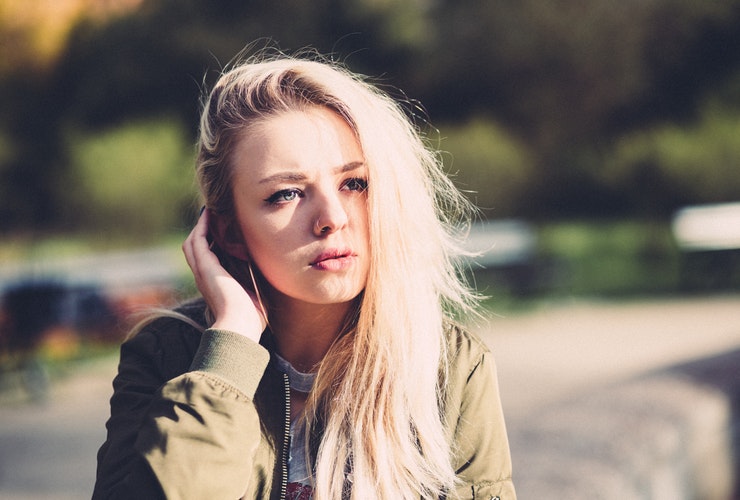 Why Do We Hold Ourselves Back?

The problem of holding ourselves back is quite a universal one. Many of us struggle with reaching for our dreams for different reasons. Don't be ashamed if you find you're among those who are struggling with this. Instead, consider why you may be holding yourself back and brainstorm some ways in which you can move forward, even in small amounts!

When we try something new, or something more difficult than our normal activities, we run the risk of failure. This fear can cause us to ask ourselves what happens if we fail, which brings up the worst possible scenarios. As a result, we begin to spiral into the fear of those scenarios and choose to stay right where we are because it feels safer.

We can also be afraid of success. While this might seem like a contrary concept, some can be afraid that they won't be able to handle the responsibilities and expectations that come with that success. Or we might feel that our success will just be a fluke, and that we aren't really deserving of it at all. These fears can sometimes be enough to stop us in our tracks.

We Doubt Our Abilities

While we may have an interest in entering a certain career, trying out a certain hobby or building up a skill, we can sometimes feel that we just won't be able to do it well enough. That lack of confidence can keep us from trying to begin with, and it may cause us to avoid sharing our passion with others. However, it's often the case that others will be much more impressed with what we can do than we are ourselves.

How Are We Holding Ourselves Back?

The following are ways in which we tend to hold ourselves back. As you read through them, think about which ones you tend to relate to. Understanding how and why you hold yourself back is an important step towards finding ways to make progress in whatever endeavor you choose.

We Tell Ourselves The Chances Are Slim

Has anyone ever reminded you about just how difficult it can be to be successful in a field you're passionate about? This is often something that can happen around those who dream big. We may hear that it's extremely unlikely that we'll be able to be an actor, musician or successful author. Rather, such people corral us into choosing more practical careers that may not be quite as fulfilling. 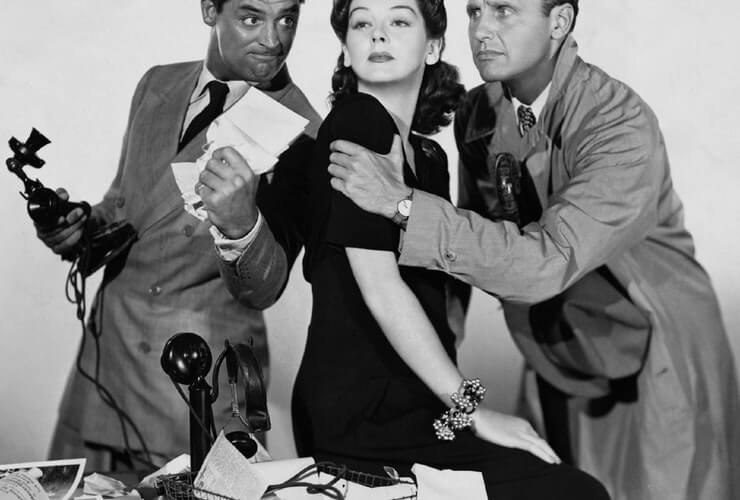 Sometimes, we just find ourselves unwilling to put the work in. We might worry that aspects of the task we want to achieve might be too complicated for us to learn. In other cases, we can tell ourselves that we just don't have time, we're too busy or that we don't know how to do what we want to do. This can be due to laziness, or it might be a symptom of our fears of failure or what comes with success.

Talking Ourselves Out Of What We Want

One of the common problems people can have is talking themselves out of what they want to achieve. This can happen for so many reasons, including fears that we won't succeed, feeling like we just aren't good enough to make it happen or worrying that we'll mess up somewhere along the way. We can become overwhelmed by the thoughts of things that could go wrong, and as a result talk ourselves out of making the effort.

We're Afraid Of Being Noticed

There can be a bit of a problem with regard to the attention we receive when we rise through the ranks in some way. While we may crave positive attention from those who enjoy what we do, we may also fear negative attention that seems to show up as well. We might find that the possibility of receiving that negative attention can keep us from trying to be noticed in a positive way.

The Increasing Concern For Practicality

It's so easy to fall into the trap of placing practicality above doing what you're passionate about. This is especially true when it comes to your career. While a regular 9-to-5 job might be more stable, it can also become tedious, boring and very unsatisfying. Keep in mind that it is possible to balance these things, at least until you become successful in your endeavors.

There's often a reason why so many people have lofty dreams, but never put the effort into making them come true. It's hard! Achieving your highest goals can require a lot of time, effort and learning in order to get the job done. It's absolutely true that it may not be easy, but that isn't a reason to avoid making the attempt.

We Don't Believe We Deserve Success

Taking a chance on yourself requires a certain level of self-confidence. If you don't have that, then it can be easy to convince yourself that you don't even deserve the success you could achieve. You may feel like you're just fooling yourself by having dreams. Keep in mind that this is our inner critic speaking, and learning how to ignore it can be extremely useful.

We Give In To Fear

With so many fears that can pop up, we can easily find ourselves overwhelmed by them. All too often, people give into their fears and remain trapped in a life that isn't quite what they want. Fear is a difficult thing to fight against, and sometimes we think we have to face all of that fear head on at once. However, we can sometimes choose to move slowly, tackling small amounts of that fear with each little step forward.

Assuming We Know More Than We Do

This assumption is one that we can often fall into without realizing we've done it. We might assume that we already know how to do something, or that we know the best way to do it. Even if you do essentially know how, that knowledge may only be abstract. In addition, there might actually be a better or easier way to do it. It's wise to be open to learning! 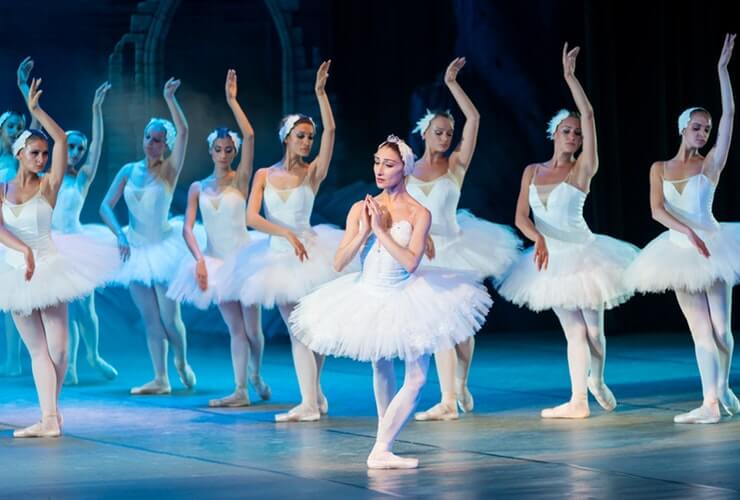 The fear of criticism is one that can really hold us back. Whenever you're trying to gain notoriety, there's sure to be some criticism. Sometimes, that criticism is just harmful words coming from those who are jealous or just angry, and you can feel free to ignore those words. However, in other cases it is criticism that aims to help you be better, and it's worth learning how to take that criticism well.

How To Stop Holding Yourself Back

These methods allow you to fight back against the thoughts and feelings that keep you from making the effort. Use them as you see fit, and keep in mind that they can work in slightly different ways for different people. Make sure to adapt them to your unique needs to get the best results!

While the large picture of where you want to be can be exciting, it can also be intimidating. We can feel like we're moving too quickly, or like the whole picture is too difficult to reach. However, there is a solution that we can easily employ to keep ourselves from becoming overwhelmed.

Each large picture is made up of a variety of smaller touches. Focusing on one small step at a time may feel slower, but it will snowball over time. People can really get caught up in the idea that they need to throw a ton of time into a project or endeavor. However, if you write just a page a day, or even a paragraph, you'll find that it really adds up over time compared to doing nothing.

One of the things that can really stop our progress is perfectionism. If you aren't familiar with it, this is just the idea that if you're going to do something, you had better do it perfectly. In theory, it sounds like a nice idea, but in reality this kind of thinking keeps us stuck in planning mode.

Instead, try to focus on doing what it is you want to do. Play music, write, sew, dance, whatever it is you want to do. You may make mistakes as you work, but this is completely normal. You'll learn from them and come out of it more experienced and more capable. Putting in the effort will get you closer to perfection than being paralyzed by the want of perfection.

Walk Through The Fear

It's natural to feel fear when you're trying for something new, trying to climb to loftier heights or working towards self-improvement. That said, it's important to understand that it shouldn't get in the way. Even if you have to take tiny steps at a time, continuing while you feel afraid is the best way to get over that fear.

When you're feeling especially fearful, think about what it is that is scaring you and why. Then consider whether or not you can break that task down into smaller, less intimidating bites. Sometimes, we have to slow down and do smaller tasks to keep the progress rolling.

Stop Telling Yourself What You Are

There is a trap we can fall into, in which we say to ourselves things like "I can't be an actor/actress, I'm not attractive enough" or "I can't make a video game, I'm not smart enough". We lock ourselves into certain frames of mind because somewhere along the way, someone may have told us that we didn't measure up. 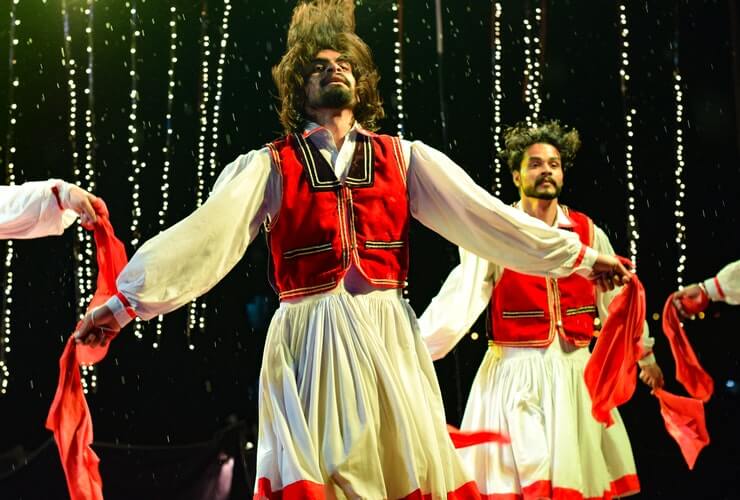 However, it's worth keeping in mind that you aren't what other people say you are. Even if you don't understand things like coding for video games, you can take the time to learn them. On top of that, acting is much more complicated than many may think, which means that the acting skills you develop carry much more worth than whether or not you have a conventionally attractive appearance.

Get Your Hopes Up

Has someone ever told you not to get your hopes up about something? Sometimes, this concept can make sense. It would be silly to purchase a single lottery ticket and assume you're going to win millions of dollars. However, there can also be a problem with this phrase being applied to our goals and dreams.

Our advice is to not listen to this kind of thinking. Get your hopes up, and put your best effort in. Disappointment will show up in your life in various ways whether you do or not, but you're much more likely to learn from it if you're making the attempt to begin with.

Don't Let Others Keep You Down

The people around us can have many opinions. In some cases, they may be opinions that lift you up and provide support for your endeavors, while in others they may drag you down and make you less willing to try.

If you find that friends or family members are bringing you down when you try to share your passions with them, they aren't the ones you want to involve in the process. Instead, surround yourself with supportive, enthusiastic people as much as possible. Their energy will help to fuel your own, which can be especially helpful when you're feeling overwhelmed!