Is He Cheating On Me? (Signs He's Cheating)

Published in Relationships on 13th February, 2019

Sometimes, you just can't shake the feeling that he might be cheating. Maybe he's behaving suspiciously, but you're just not sure whether or not you should be concerned. The signs aren't always as clear as we would hope for them to be, especially when he's putting a lot of effort into hiding his indiscretion.

Not to worry! We've compiled a list of signs that can help you to determine whether or not he's cheating. As you look through these signs, think about anything in your relationship that fits into the different categories. Once you've figured it out, you can take your next steps with peace of mind! 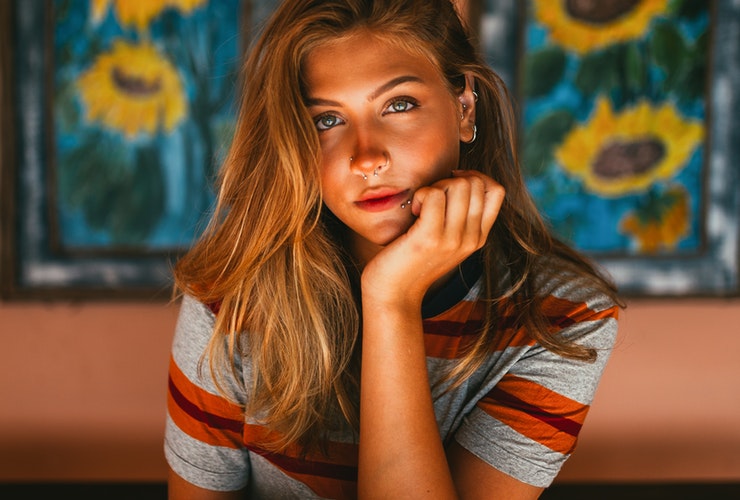 These signs can help you to figure out whether or not he might be cheating. If you're feeling a bit suspicious, consider whether your significant other is showing any of them!

Physical evidence is one of the clearest signs that something is wrong. This might include things like female clothing at his place that isn't yours, contraceptives you didn't use together, or physical signs on him that might point to romantic contact with someone else.

When you notice things like these, it's not something that should be ignored. Take note of them, and maybe even capture a picture if you think he might try to explain it away. That proof is going to be one of the quickest ways to get to the truth of the matter.

He's Done It Before

If your guy has a history of cheating, either on you or on past girlfriends, it can be a point in the red flag column. That said, it doesn't automatically mean that he is cheating. Because of that, this aspects is typically one that you'll need to pair with other signs.

For example, if you notice that he's become more protective of his phone, has less time for you and a history of cheating, then it paints a much clearer picture that he may be doing it again. If you notice multiple signs, it's definitely time to plan a serious conversation.

His Schedule Shifts In An Odd Way

Think about his schedule. Have there been any changes? Is he suddenly staying very late from work, or heading to work very early when that wasn't the norm before? This can be a sign that he's spending that time with someone else rather than at work.

In addition to this, it's a good idea to take note of his behavior during these times. Is he spending more time than usual getting ready, or acting evasive or strange before leaving? Consider the schedule change carefully, and how much sense it makes on a logical level.

You Find A Dating Profile Online

Finding a dating profile can absolutely be a clear sign that he's either cheating, or looking to cheat. However, before you dive into the thought that he's being unfaithful, make sure to take a look at how long it has been since the profile has been active, or how active it is.

In some cases, it can simply be a forgotten profile that never got deleted. However, if it does appear to be in use, it's time to have a talk or start planning your exit from the relationship. An active dating profile is a good sign that he doesn't really value your relationship.

Think about how he behaves while he's using his phone. Does he care if you can see the screen? Does he use a password, or do you know his password? If there's usually a standard of open access to each other's phones, has that changed at all? These are signs to look out for.

Odds are that if he is being extra protective of his phone, you can at least make the guess that he's doing something on it that he knows you won't like. This may not always be cheating, but it can certainly include that possibility so be wary!

If he's acting defensive during perfectly normal conversations, or as a reaction to normal questions, it's definitely a cause for concern. Consider his responses when you ask how a night out with the guys was, or what kind of work he was stuck doing after his normal working hours. 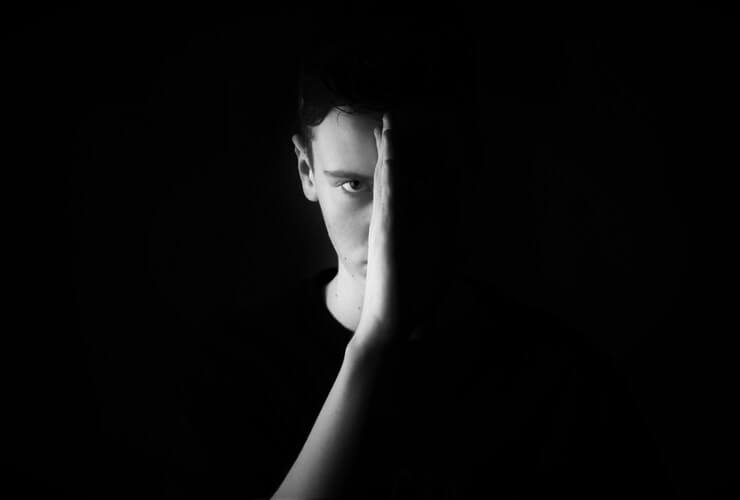 Discomfort and defensiveness in regard to these questions can let you know that there is likely some guilt going on. It's a good time to have a serious talk, or at least keep an eye out for signs of cheating that are a bit clearer. In any case, this is certainly suspicious behavior!

When he's not giving your relationship much time or care, there can be a chance that something is wrong. This is especially true if he's normally very attentive. That said, it's not always a surefire sign of cheating. It could simply be that he's extra busy, or it might be that he's struggling with something in the relationship.

It's worth at least having a conversation about this behavior. While you're at it, it can't hurt to keep an eye out for any other signs that might indicate cheating more clearly. That way, you'll have a better picture about what might be wrong.

Cheaters will often try to cover their tracks by pinning the blame on you, even if you haven't done anything suspicious. This might come in the form of accusations or interrogations about what you've been doing, who you've been with, who you're talking to, and more.

This is basically an attempt to keep the attention on you and away from him. Not only is it a manipulative tactic, it's one that should provoke a lot of suspicion. When your significant other starts engaging in this behavior, it's usually best to start looking for a way out of the relationship.

He's Talking About Another Woman, Often

When we're infatuated with someone new, we tend to talk about them a lot. Sometimes, we may not always notice that we're bringing someone up over and over. We may also be in denial about our feelings with regard to that other person.

If you notice that your significant other is talking about another woman quite a lot, it can be suspicious. It's worth keeping in mind that this might be a small crush, which isn't necessarily a dealbreaker if he values your relationship. However, it is something that should perk your ears, just in case there is cheating, or it leads to cheating.

You're Suffering From A Dead Bedroom

If your time spent in the bedroom is typically quite healthy, but suddenly takes a downturn then there is some cause for concern. This is another one of those signs that doesn't necessarily point to cheating by itself, so you'll really need to take a look at the rest of your relationship to determine the problem.

Regardless of whether or not this situation does end up as a result of cheating, it's a problem that needs to be resolved in some way. The presence of cheating just might mean that resolution includes breaking up, more so than other issues that might be going on.

There's A Lack Of Intimacy

While this might sound pretty similar to a dead bedroom situation, it actually refers to other kinds of intimacy. For example, if he's become withdrawn or doesn't seem as interested in smaller forms of affection like kissing or holding hands. 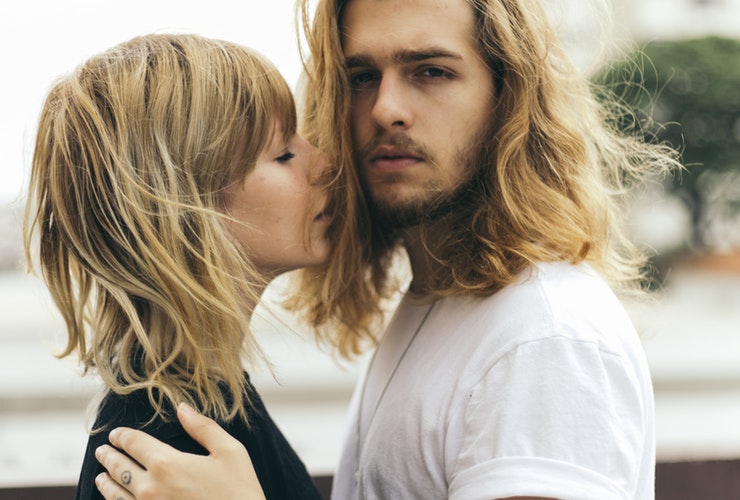 If you notice this going on in the relationship, think about any other signs of cheating that might be present. If he's also become protective of his phone, or you find a dating profile then there's a likely possibility that he is cheating. Otherwise, consider talking about the problem.

Sometimes, you may not catch the cheating right away, but you may catch him on other lies. For example, if your guy tells you that he's going on a boy's night out, but the group is actually more co-ed than expected. Or perhaps he's telling you he's staying late at work, but a trusted friend saw him elsewhere.

Once one of these lies comes undone, it's likely to unravel quickly, allowing you to get a better idea about what's really going on. At the very least, it's a good time to think about whether or not you want to be involved with someone who lies to you.

You Feel It In Your Gut

Sometimes, you can just get a feeling that something is wrong. If you experience this, then try to avoid bottling it up. Think about why you might be feeling that way, and try to address the issue with your significant other.

Try to avoid accusations unless you have proof that he is cheating, but don't hide your concerns altogether. You may find that your feeling is right, or at the very least you'll be able to have a discussion about your concerns in the relationship. Either way, things have an opportunity to get cleared up.