15 Top Mistakes Most Tourists Make And How To Avoid Them

Published in Lifestyle on 21st February, 2019

As a tourist, you're bound to make a few mistakes or social faux-pas while you're travelling, it's normal. They can be embarrassing at best or potentially dangerous at worst, so rather than stepping into your next adventure blindly - here's some of the top mistakes that tourists make, and how to avoid them.

Google Maps is a lifesaver when it comes to navigating foreign countries - I can't count the number of times i've been lost in a city, trying to find my way to a hostel, and google maps has come to the rescue. 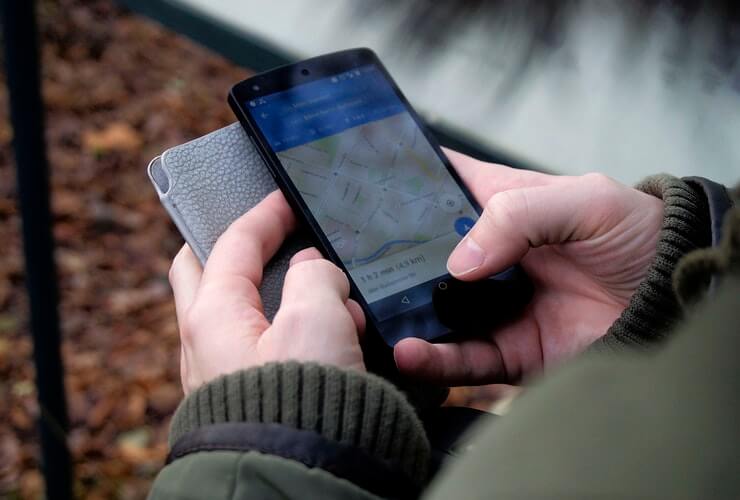 Unfortunately, it's not always trustworthy. Google may seem omniscient, but it's not, and although it's range is pretty good - it's not going to know all the nifty side alleys and back entrances of a town, especially in rural areas or developing countries. If you rely too heavily on google maps in these situations, you'll end up getting lost eventually -which is why it's always best to do your own research.

If the place you're going seems like it might be in a rural or hard-to-map area, try and ask the people who work there, or locals, what is the best way to get there. Even better, try and find a website with custom directions. Directions from someone who knows the place well will always be more accurate than google maps, especially if you need to find a certain entrance or hike up an unmapped path.

Assuming Everybody Can Speak English

Around 20% of the planet speaks english - which is a lot, to be sure, but it would be incredibly naive to assume that wherever you go, you'll be able to speak english and be understood. Unfortunately, this a mistake that many tourists fall into when they go abroad, and then find themselves unable to communicate with the locals because they have neither a phrasebook or a guide.

Tipping isn't customary everywhere in the world but in some places it's practically required. If you come from a country where tipping isn't that commonplace, you may not be used to adding on 10% or so to your bills to leave as a tip and it can come as a surprise when you realise you need to do so.

Every country will differ slightly in their customs, so it's best to research beforehand what the general rule is when tipping in a foreign country - you don't want to seem rude, and after all, many local people rely on tips to supplement low wages.

There is nothing worse than being in a foreign country, unsure of where the nearest restaurant or store is, miles away from your hotel, clutching your stomach with hunger pains. It can ruin an entire day.

Sometimes you get caught up with all the activities you've had planned and simply forget to eat, or realise you're miles away from food, snorkelling in the middle of a coral reef. In these scenarios it pays to have that slightly bruised banana or breakfast bar in the bottom of your bag to fish out and refuel. This is especially important if you have dietary restrictions, and might not be able to find food as easily as everyone else.

Always Going For The Cheapest Flights

You might think that it's a smart move to hunt down the cheapest flights available, but it's not always the best decision. Why? Because airlines love to catch you out with added charges that stack up, making your overall travel expenses much larger than initially anticipated. 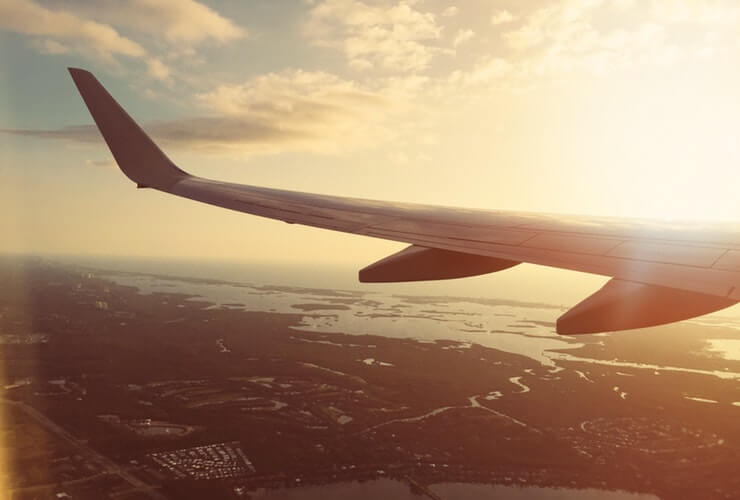 One common example of this is baggage charges. A lot of cheaper airlines won't include checked baggage as part of their fee, so you'll have to pay extra. This is okay if you're only travelling with a carry-on, but if you need to take a larger bag with you, you may end up paying up to $60 in checked baggage fees, adding an extra $120 to your overall travel expenses.

Instead of hastily picking the cheapest flight and booking it, shop around and check out what's included in different airline fares. Find the best deal that suits you, so you won't end up being surprised with unexpected fees once you get to the airport.

Forgetting To Arrange Your Arrival Transport

A huge rookie mistake is forgetting to book your transport once you arrive in your destination. There's nothing worse than arriving after a long-haul flight, finally getting off the plane only to realise that you have no idea how you're going to get to your accommodation, especially in the middle of the night.

Always make sure to research your options and book your hotel transfer from the airport in advance, either using a hotel or airport shuttle, or booking a private taxi.

Location is everything when you're going abroad. Getting cheap accomodation is all well and good, but if it takes you half an hour to drive to get food or go anywhere interesting, it's probably not worth it.

Make sure you read the reviews for the place you're planning to stay and check out whether or not the location is good. Look it up on google maps to see where the nearest bars, restaurants and attractions are and make sure they are within your price range.

It's very easy to get carried away when planning out your itinerary for your next holiday, and this can lead to some major mishaps. A common trap that many tourists fall into is booking too many activities in one day, or at the wrong times. 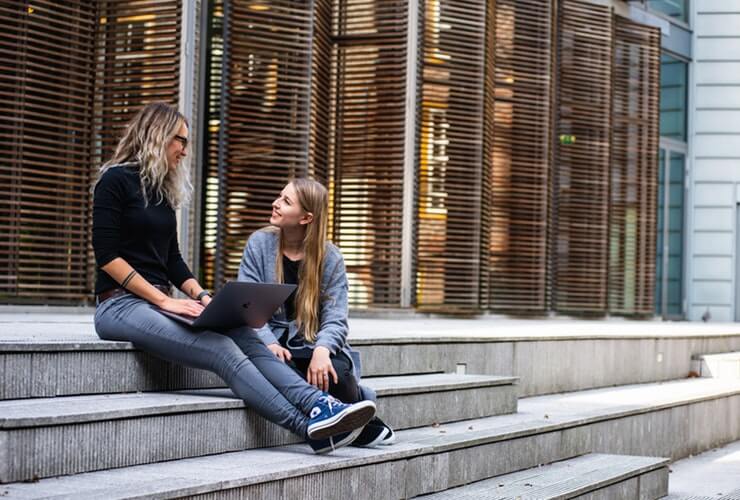 You might think that you want to wake up at 5am to catch the sunrise up a local mountain, and then hike back down in time for a tour of the local historic buildings, and a surfing lesson in the afternoon, but unless you're a very active person and don't need time to eat - you'll probably end up exhausting yourself and getting hangry.

Think logically and plan according to when you think you'll be able to get up and get out, and don't forget to slot in meal breaks and relaxation time. And don't forget to account for potential jetlag those first few nights!

There's no real harm in putting on a corny tourist t-shirt and whipping your camera out every once in a while, but it does pay to dress warily when abroad. People can spot tourists from a mile off, and it makes you a prime target for pick-pocketing and crime, especially if you're in a country that doesn't speak your language.

Try to research beforehand what locals commonly wear and what the dress codes are - you'll stick out like a sore thumb wearing an "I Heart New York" hat and a huge backpack full of camera gear and maps. Try to keep your clothing as simple and neutral as possible, you want to blend in, not stand out.

On a similar note, flaunting your possessions is also a big tourist no-no. Thieves are always looking out for an unwitting tourist swinging their DSLR about to set it down for 2 seconds while they rummage in a bag. Don't be that person. Look after your belongings and keep them out of sight as much as possible. This is especially important if you are staying in hostels or renting a car.

If your hostel doesn't have lockers for you to put your stuff in, you don't want to advertise the fact that you have valuable items left in your room. Likewise with cars, don't swing or flaunt your expensive laptop or cameras around when you leave them in the car. Keep them tucked away in a bag, preferably under a seat.

Only Going To The Tourist Spots

Tourist spots are great, they are generally fun, beautiful and interesting, which is how they got so popular - but they are also generally crowded, and sometimes a bit over-hyped for no reason to get you to spend money. 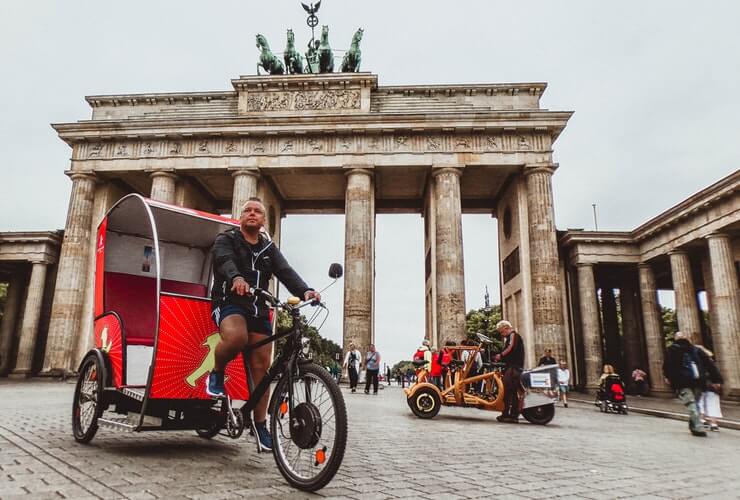 If you want to save some money and avoid the crowds, head for the lesser known spots, or even better - find them yourself. There's a lot to be said for exploring a country, off the beaten track and discovering your own favourite spots. You'll be left with some incredible memories, increased confidence and hopefully some awesome photos that don't have the heads of five other tourists in them.

No matter how tempting it could be to get that perfect shot in a temple or otherwise protected space, it's not worth it if you are disrespecting the local culture or rules. Many places all over the world prohibit photography for a variety of reasons, be it religious, cultural, privacy-related or simply to keep people focused on the subject at hand rather than on their phones.

Unfortunately many tourists seem to like breaking this rule, but it won't do you any good in the long run. You may only run into a few angry stares, but at worst you could be asked to leave or even fined for your transgression. Not to mention, it is just rude - so best to always check if you can get your camera out, especially in places like temples and other holy sites.

It's 2019, we should all be able to dress however we want right? Well, not everybody shares the same view, and it can come across as quite strange or even offensive if you turn up in a bikini and shorts, while everyone else if covering themselves up. 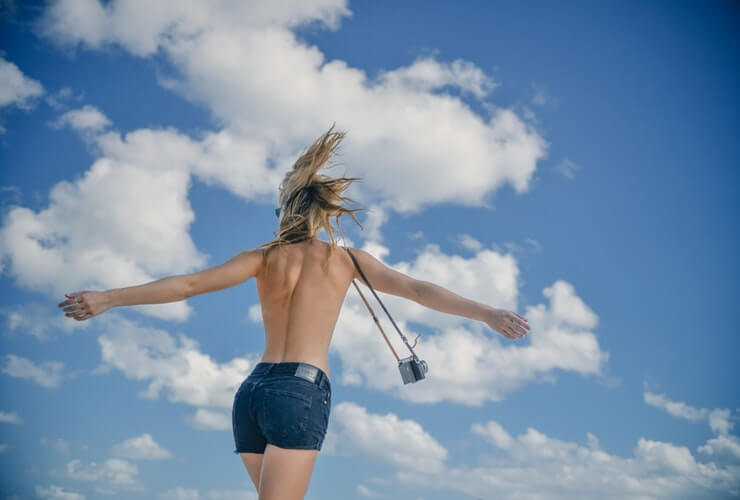 Different cultures have different customs, and it's important to respect that. Many sacred sites around the world will require that visitors (especially women) cover up their shoulders and legs, or even wear a headscarf, depending on where you are. From a safety perspective, dressing appropriately can also help you to blend in, making you less of a target for pickpockets.

Not to sound like too much of a goody-two-shoes, but breaking the law in a foreign country is a big no-no. Laws differ enormously around the world, and something that you might get away with in your home country could be a serious crime in another. This is especially relevant when it comes to drugs and alcohol. If you come from a country with relaxed drug laws, it might not seem like a big deal to indulge while you're away, but in the wrong country this could land you in prison, which is the last place you want to be while you're away.

Many a traveller has made the mistake of going away without travel insurance, and regretting it bitterly later. From losing your luggage to breaking a leg, travel insurance helps to cover you from all sorts of travel-related disasters whilst you're away, and you'll be really thankful for it if something does happen. You might think you can get away with it, but you're only one car crash, snorkelling accident or mysterious tropical illness away from racking up medical bills in a foreign hospital, miles away from home.