Looking for a new Steam game to play but on a limited budget? Why not take a look at the games we've hand-picked in this article. All of these Steam games are available for less than $10, and the majority of them have very a small download size.

There's a mixture of recent releases and old classics in this list, and all of the games span across a variety of genres, so chances are there will be something on this list that takes your fancy. 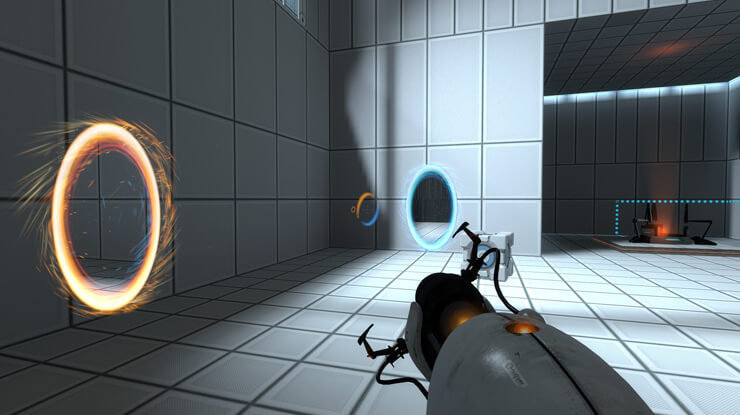 Portal might be over 10 years old, but it's still an incredible action puzzle game. If you haven't played either Portal or Portal 2, why not get started with the first game?

In Portal, you take control of a human test subject. You're challenged to overcome a number of different testing chambers. The only tool you have to get through each chamber is a special portal gun that can create two portals that are connected to each other.

You must use your wit to solve puzzles, avoid machine-gun robots, dodge lasers, and open doors, all whilst trying to escape from a maniacal AI system that's hellbent on getting you killed. 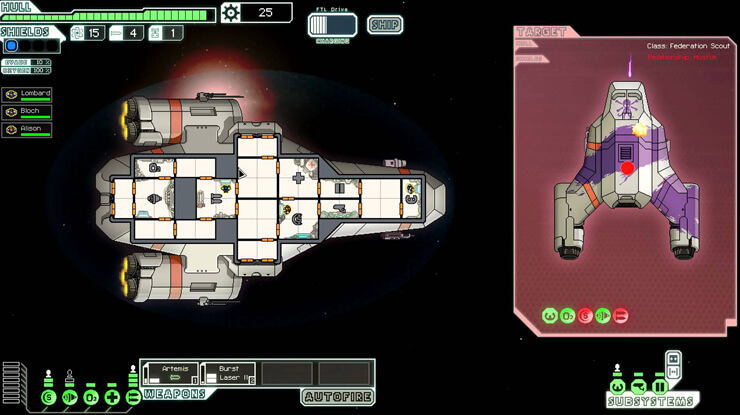 FTL, or Faster Than Light, is a spaceship simulation game with roguelike gameplay elements. In FTL, you take control of a spaceship and spaceship crew. Each time you start a new FTL game, you'll be placed in a randomly generated galaxy.

You must try to solve different randomly generated missions that get thrown your way, whether it's tracking down the location of a distress signal or dealing with space pirates. As you adventure through the galaxy, your ship will take damage and your crew will be put at risk. You must make the right decisions to keep your ship and crew members going for as long as possible.

Because many of the gameplay elements in FTL are randomly generated, it ends up being a game you can play over and over. 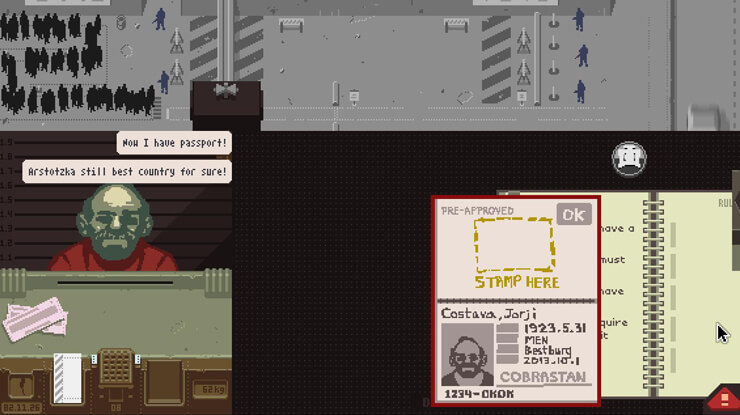 Papers, Please is a unique game that offers an experience you won't ever be able to find elsewhere. It's not the kind of game you can pick up and play for hundreds of hours, but it does offer an experience you just can't miss out on.

In Papers, Please, you play as an immigration officer - it's your job to determine whether civilians are allowed to enter the country.

You're paid based on how well you can assess the people that come through your immigration office. Do the people you're talking to match their ID? Does their description match up? Would you rather risk sending an innocent person away to keep your paycheck?

You end up asking yourself a lot of questions in Papers, Please. As the game progresses, you are inevitably forced to make a lot of quick decisions that ultimately make a big impact on the overall game ending. 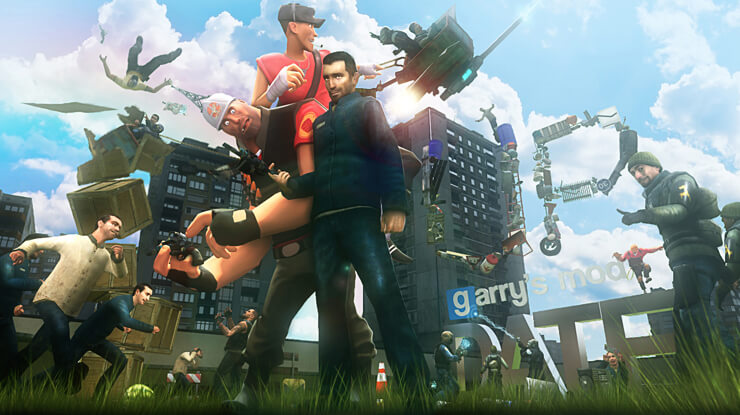 Garry's Mod is a must-have title for almost any Steam user. Garry's Mod is a fun multiplayer title that's filled with community-made mini games. You can hop into Garry's Mod, scroll through the server list, and find a new mini-game to play.

There are dozens of popular mini-games available, including things like Prop Hunt, where one player must try to find other players hiding as in-game props, and Trouble In Terrorist Town, where a selection of players are randomly assigned to be terrorists on the server, and players must work out who the terrorists are before it's too late.

Garry's Mod also gives players access to a creative sandbox and modding tools that players can use to create their own mini-games or worlds. 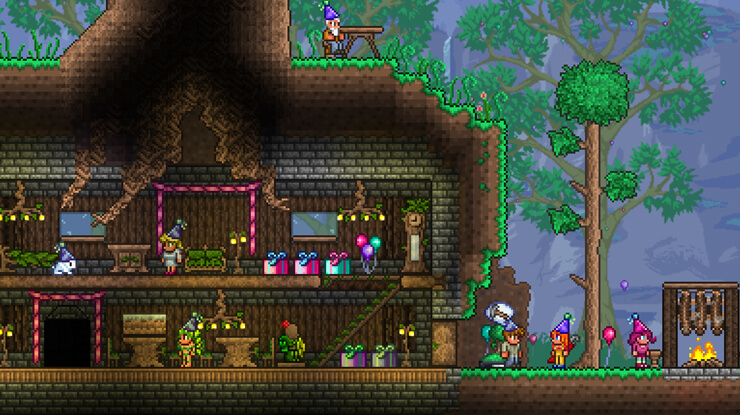 In some ways, Terraria is like Minecraft, but in many ways it's not. In Terraria, you and your friends must learn to survive by building shelters, crafting tools and weapons, and fighting various monsters.

Terraria features a voxel-based building system - you can hit any tile and it'll break, and place down tiles to make buildings. Sounds similar to Minecraft, right? Terraria is a 2D game, however, and this completely changes what the developers are able to do with the game.

Not only does Terraria have a far more complex exploration system, but there are dozens of different creatures to fight and a number of boss battles. You can technically "beat" Terraria by fighting your way through all of the boss battles. 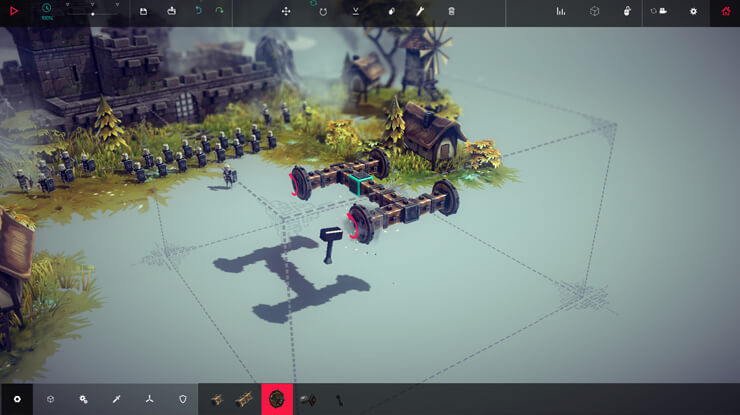 Besiege is a 3D physics-based building game that gives you the tools to create siege weapons. The gameplay mechanics in Besiege are incredible - you're given the freedom to use a variety of objects and mechanisms to build your very own machines.

The goal in the singleplayer version of Besiege is to build a machine that's capable of destroying different environments or enemies. The tools you're given to build your machine on each level can be limited at times and this encourages players to think creatively.

Besiege also has a multiplayer mode where you can create your own machine and see it go up against another player's creation.

Golf With Your Friends 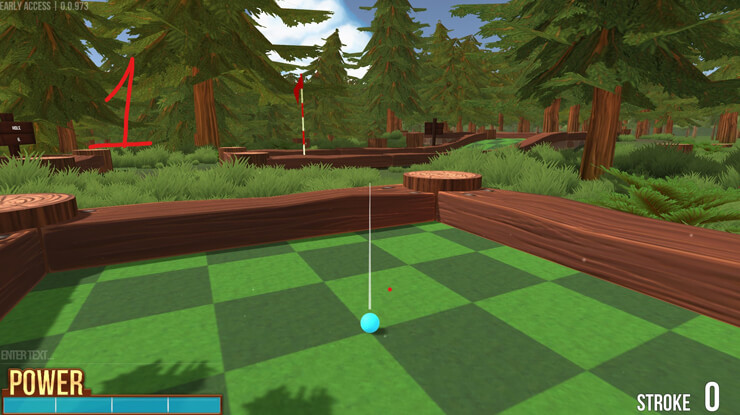 There are a number of different themed courses on Golf With Your Friends, so even if you just want to play each course once, you'll still be able to get a few hours of fun out of the game.

Getting Over It With Bennett Foddy 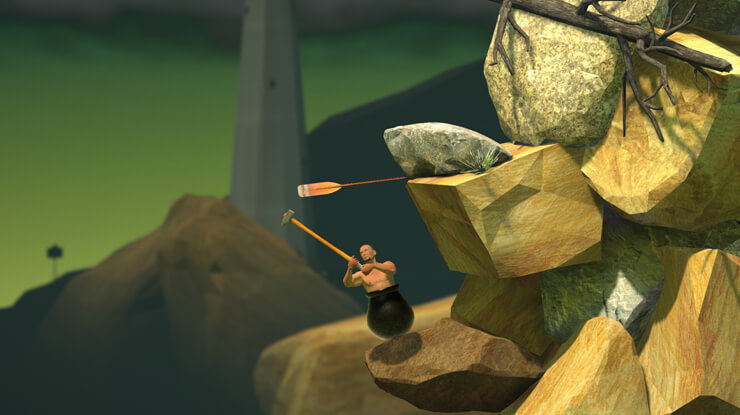 If you're up for a challenge, we dare you to try Getting Over It With Bennett Foddy. In this game, you play as a man that's seemingly stuck inside of a giant pot. You're given a hammer and the impossible task to climb a massive mountain made out of junk.

Which of these 8 Steam games are you most interested to play? Let us know!