What We Look Forward To In Pokemon Sword And Shield

With all the fantastic new games on the horizon, you may get lost in deciding what to play next. However, we know that we're looking forward to the newest generation of Pokemon games for the Nintendo Switch, Pokemon Sword and Pokemon Shield.

We just can't help but feel hyped about these new games, and so we're going to share what we're most excited about with you in this look into Pokemon Sword and Shield. Here we'll discuss what will show up in the game, and what we hope will show up in future updates! 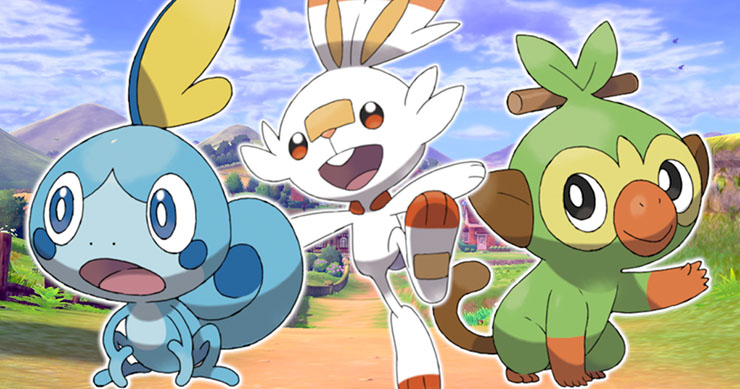 Pokemon Sword And Shield Are On The Way!

In 2016, the Pokemon franchise shocked us with a totally new way to go about our Pokemon experience, taking on trials instead of gyms. On top of that, a whole horde of new Pokemon came forth that many of us fell in love with.

Since then, we have craved the next generation of Pokemon. With Pokemon Sword and Shield, we'll be introduced to a new world, new Pokemon and a new adventure that we're sure to love. There's so much to look forward to in these games, and it's not likely to be hard for Pokemon to keep us happy!

What Are We Looking Forward To?

There are a multitude of things to be excited about in these new games. New Pokemon, new sights and new adventures with the creatures so many of us have come to adore are all wonderful prospects. Not to mention, being able to enjoy this adventure through the delightful capabilities of the Switch is going to make a huge difference.

Here, we're taking a look into a few of the major things we're excited for and hoping to see in Pokemon Sword and Pokemon Shield. Carry on and share in the excitement we have about the newest additions to this wonderful franchise!

There are few things more interesting than exploring a whole new world, with areas, Pokemon and concepts you've never experienced before. These new games take place in what is known as the Galar region, and it's one that offers quite a unique look!

In this land, we'll find new Pokemon, new friends and a whole range of new experiences! While there is little known about this new region so far, it's exciting to wonder just what we might run into out there! From different biomes to interesting gyms and more, there's so much to experience!

At this point, we only know of the initial stages of the starter Pokemon for these games, but we all know that with a new generation is going to come a whole new batch of brand new Pokemon designs. That means new favorites, new type combinations and maybe even some new regional varieties.

Like all of the new games, we're also sure to see a few of our old favorites as well so it won't be a completely alien experience. If you need your Pikachu to keep you grounded, it's likely that will be an option somewhere along the path. However, we surely aren't alone in our excitement for all the new Pokemon we'll see in these games!

The Additional Power Of The Switch

The Nintendo Switch opens up a huge possibility for a Pokemon world that is more enveloping than we've ever seen before. The capacity for greater graphics, a more in-depth experience and the ability to play on a larger screen are all benefits the device brings to Pokemon Games. 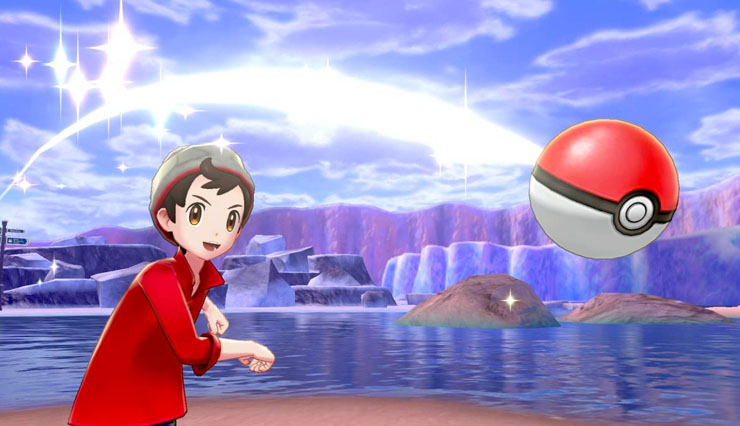 Many of us got a taste of what the Switch can bring to Pokemon through the Let's Go Pikachu and Let's Go Eevee games. It only makes the possibility of a more traditional adventure in a whole new world even more exciting to Pokemon lovers all over.

Many of us enjoyed the ability to change clothes, select different hairstyles and even change the eye color of our characters using contacts. We hope to see this kind of customization continue and even expand going into this new generation of Pokemon games.

Allowing players to create their own unique trainers with different styles allows for a more personalized experience. It means we can insert ourselves into the game, dress up our character in goofy ways or become someone completely different. It's a fantastic option for making each person's journey completely unique, which is something make gamers long for.

While Pokemon is generally a game intended for younger audiences, there are many of us who have adored these little creatures since their creation over 20 years ago. For those players, a higher level of difficulty would be greatly appreciated.

Although Pokemon games are always a good time, adding the option to make things a little tougher would help to keep older players more interested and challenged. At the very least, the option to do away with features that are made to provide more guidance, such as the clear indicators as to what attack would be most effective, would be helpful for more experienced players.

Open worlds are a huge thing in gaming today. The ability to explore and undergo quests in a variety of areas is fantastic for keeping players involved even after the main storyline is finished. If more of an open-world concept, along with various side quests are included in these upcoming games, it may cause huge evolutions in the Pokemon franchise overall.

Many players crave a true RPG-type experience, with the ability to travel all over, experiencing new types of Pokemon and engaging in fun activities like Pokemon pageants, local festivities in various towns and even cooking up some Pokemon treats.

Over the years, there have been movements in the Pokemon games towards making battles look more realistic. Those of us who have watched the Pokemon shows or movies know that a Pokemon battle involves dodging, leaping and working from different angles. 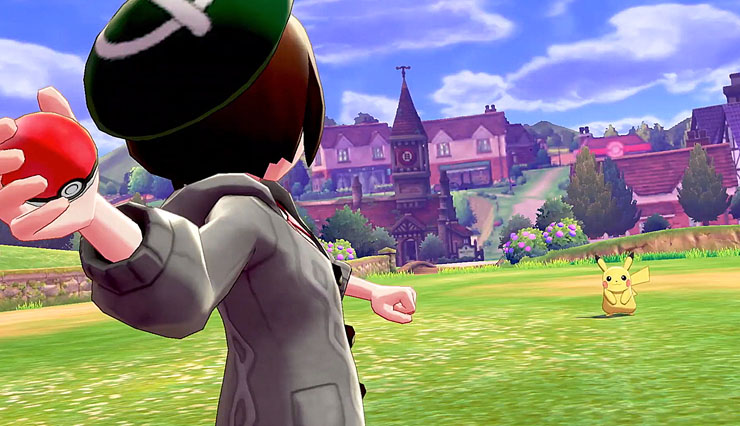 However, this can be tough to add to the same extent in a turn-based battle style. Many players out there hope to see the continued growth on this front to make Pokemon battles feel more real and more intense. We want to really see our Pokemon in the struggle, but without too much of a deviation from the turn-based design we all know and love.

Whenever there is a new generation of Pokemon on the horizon, it's always worth wondering whether or not we might see some new types. After all, what types may be left at this point to add into the mix? How would a new type fit in, and change the strategies needed in battle?

What is more likely is that we may see some new type pairings. Something like a combination fairy and fire type would be interesting, or there may be some new ways to involve steel types. There really is a lot of potential in the various Pokemon type and type match-ups we might see!

While the Let's Go games were a fun, easy dive into what Pokemon can look like on the Switch, many experienced players want to see a return to traditional Pokemon gameplay. That means fighting Pokemon before being able to catch them instead of throwing a multitude of different balls at them until something sticks.

In addition, it's fun to see Pokemon walking around in the overworld, but random encounters make for a large aspect of the traditional games, especially for those who like to create an added challenge through playing styles like the Nuzlocke. Luckily, it appears so far that these games will continue the tradition we're used to.

At this point, the three new starters have been unveiled for Pokemon Sword and Shield. These Pokemon carry a lot of importance because they tend to be the ones who stay with us right from the start, at least for the first play through! 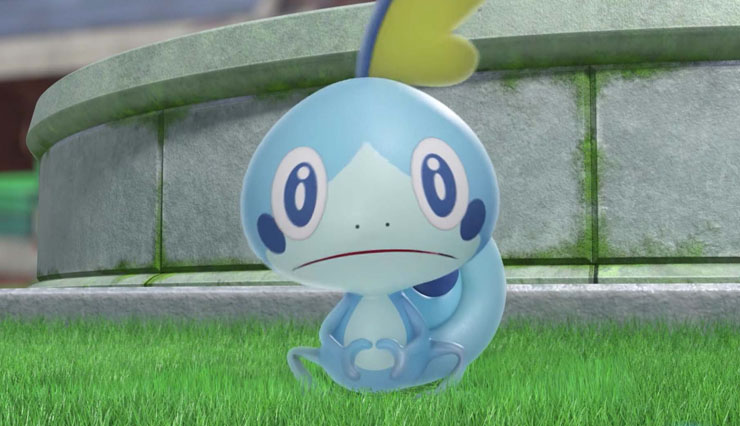 These starters include the fire type, Scorbunny, Grookey the grass type and Sobble the water type. Each is adorable in its own right and we can only help but wonder what this cute little critters will evolve into. One hope many have is that we'll see something a bit different from the starter combination of fire and fighting.

What makes a game wonderful is a truly fantastic story. We want stories that we can become wrapped up in, developing attachments to characters, the world and the Pokemon in it. For older players, there is a desire to return to the feelings we had when Gary, Brock, Misty or other characters showed up in the original games.

If this level of involvement can be developed in these games, it will be a wonderful thing for the franchise as a whole. While it may not be as easy in games usually intended for children, it's natural that players of all ages want something they can really get excited about.