Published in Entertainment on 15th April, 2019

If you're a big fan of TV, then you may find that you run out of great stories to enjoy from time to time, or at least need something to watch while you're waiting for new seasons of your favorites. The good news is, there are so many options out there you can check out while you wait!

Here, we're taking a look into several top HBO shows that are sure to keep you entertained, enthralled and on your toes right up until the end. Check them out, and enjoy the fantastic ride that each of these shows can take you on! 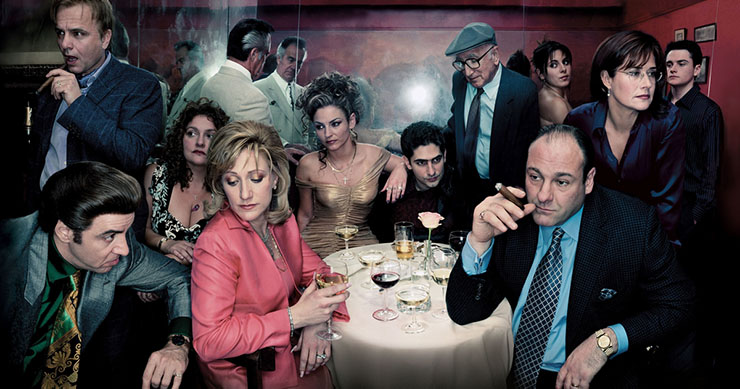 The following are some of the top shows that have made their way onto HBO. Some are classics while others are currently still playing on the channel. All of them are worth checking out! Make sure that you add them all to your TV show bingeing list.

There are few who aren't familiar with this hugely popular fantasy adventure. If you love dragons, intelligent ice zombies, violence and plenty of twists and turns, this is the show for you. For those who haven't seen it, we can't recommend it enough. If you have seen it, watch it again! You can't go wrong when exploring the stories of the seven kingdoms.

Sharp Objects is a unique adaptation of a Gillian Flynn novel sharing the title. In this tale, a reporter played by Amy Adams works to unravel the questions surrounding a murder of two girls. While the tone of the show is quite dark, you're sure to become enveloped in the mystery as it slowly unfolds. Fans of murder mysteries and true crime are likely to take an interest in this one.

If you're entertained by some seriously tricky love triangles, then Looking is a show that may be right up your alley. The show features a name named Patrick, struggling to choose between a barber and his very own boss. Characters in this show may frustrate you at times, but they will never feel cheap or shallow, thanks to the fantastic writing and acting.

Culture is the prime subject for this show, and how those of different cultures make their way in the world. Two female, African American leads show us how things like relationships, careers, and other aspects of life can take shape. Through the plot, it seeks to take on racial issues as well as those of a social nature in order to provide both entertainment and insight.

Most are familiar with this classic, and for good reason. It's one of the most highly-acclaimed shows out there, involving drama, violence, a whole lot of intensity and maybe even a little comedy. After watching this show, you're unlikely to view any other member of the crime genre in the same way again.

Flight Of The Conchords

For those who are fans of hilarious songs and that special brand of New Zealand comedy, this one is worth checking out if you haven't already. It features the struggle of two musicians from New Zealand trying to make their dreams come true in America. Unfortunately, an incompetent manager and uninterested music business make their lives more difficult than they may have expected.

After spending a brief stint in a wellness facility after a mental breakdown, Amy Jellicoe seeks to turn her life around. While she aims to become a better person, those around her are skeptical that she can actually follow through. Regardless, it results in other characters taking on their own efforts to create personal growth and lead lives that they can feel proud of.

The unique comedy provided to use by Jack Black is something of a treasure, and Tenacious D is no different. This is another show that will take you on an adventure with musicians trying to make it work in a rough world, but with its own unique kind of humor. That means you'll get a host of entertaining, enjoyable songs that you'll be humming long after you've finished watching.

If 2% of the population simply disappeared, where would the rest of us be? The Leftovers takes a look at the lives of those remaining as they try to make sense of the occurrence and get a handle on their grief. Through the three seasons already in existence, you'll experience the kinds of journeys the characters go on, including unique looks into their spiritual and mental journeys.

If you're a fan of Eastbound and Down, then you're sure to love Vice Principals. Featuring Walton Groggins and Danny McBride, this comedy plays on the inner workings of the educational system. Through the combination of Groggins' insanity, McBride's gruff but lovable reputation and a whole lot of shenanigans in between, this show is sure to leave you clutching your sides.

Imagine having a family business that just isn't quite the norm. Rather than a flower shop, restaurant or small grocery store, this family runs a funeral home. As you can imagine, what follows is a darkly humorous look into life and death. While it might be a little less modern than some other choices in this list, Six Feet Under is still am HBO show worth considering for your next binge.

Mr. Show With Bob And David

Sketch comedy fans are likely to enjoy this delightful show featuring David Cross and Bob Odenkirk. The cast of this show is filled with big comedy names like Paul F. Tompkins, Karen Kilgariff and Sarah Silverman. You'll find a wide variety of different kinds of sketches, which are sure to boost your mood and leave you laughing even on the worst of days.

This is yet another great show for those who have an interest in true crime and the like. It follows detectives as they track down murderers and piece together the crimes they are tasked to solve. Featuring two very popular actors, Matthew McConaughey and Woody Harrelson, it's unlikely you won't be impressed by what you find when you check this one out.

Those who love a murder mystery are sure to enjoy this show. It involves the investigation into a murder, and the lives of four different mothers who somehow come into contact with it. As the story continues, you'll slowly be led through the lives of each mother, moving towards a final conclusion that will make everything clear. This show is also developed from a popular book by the same name.

Producing a late night talk show isn't an easy task, though it can certainly be a funny one! This show follows Arthur, Hank and Larry as they work through creating the show, interviewing celebrities and dealing with their own personal lives. If you're a fan of late night talk shows, then you're sure to enjoy this satirical creation with an aim at providing a deeper look into show production.

Mike Judge is not a name that goes unknown in the world of comedy. This show follows Richard Kendricks as he attempts to get a tech start-up its place in the world. From the ridiculous processes that fund tech start-ups to the petty competitions between workplace rivals, this is one that may just embody a more modern Office Space-type story.

When you want to take a look into the small daily annoyances on a larger and more comedic level, Curb Your Enthusiasm is where you want to be. In this show, Larry David gets petty over a variety of different social injustices, pet peeves and other troubling aspects that can frustrate us all in our daily lives. Everything you're thinking but not saying, Larry David is saying for you.

Prohibition is the name of the game in this show, and Nucky Thompson is already developing a plan to make sure the people of Atlantic City can get the alcohol they need regardless of the laws. The ride only gets more intense from there, and this is a show that portrays a gritty, real view of the times. Featuring Steve Buscemi, this is a dramatic ride you'll want to go on.

Who can forget the vampire Bill? This Southern paranormal show features a vast array of creatures from vampires and werewolves to fairies and more. It also features some fantastic actors like Joe Manganiello, Anna Paquin and Alexander Skarsgĺrd. For those who love their paranormal romance, plenty of violence and some truly crazy situations, this is certainly one to watch (or re-watch)!

As we've seen an many movies, video games, and shows like this one, the combination of consciousness and robotics can become a very messy thing. This show takes place in a wild west amusement park where visitors seem to get away with far too much. You're also likely to be impressed by the fantastic cast including the likes of Sir Anthony Hopkins, Jeffrey Wright and much more.