Going out alone to a bar or club for the first time can be really scary, no matter what the previous circumstances. Generally when we envision going out, it's to have fun with friends or meet up with colleagues, always accompanied by other people.

If you find yourself in the situation many people find themselves in however where you've got no one to go out with, be if from moving away or leading different lives, it's easy to fall into the trap of becoming a hermit and never going out because you feel too awkward or judged. 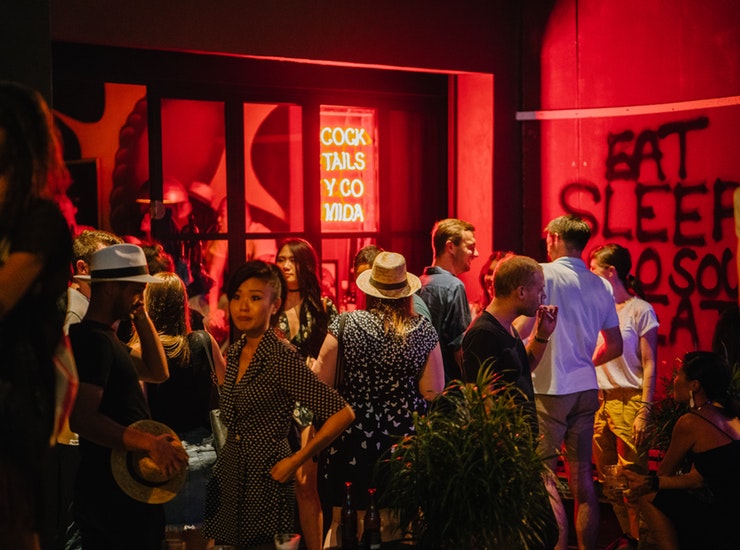 However, i'm here to tell you that you can still go out, solo, and have an amazing time.

It might feel weird or frightening at first, but the more you get used to it, the better you'll get and the more fun you'll have.

The first step to going out solo is to get into the solo mentality and ditch the old ideas that going out of an evening has to be a group thing, or that going solo to a bar is somehow shameful.

In fact, there's nothing that makes you seem more confident or charismatic than being able to turn up to a bar solo and own it. Even though it might seem alien at first, adjusting yourself to the concept that, actually, not everything fun has to be done with a group of mates in tow is a great life lesson to learn.

Friends will come and go throughout your life, and learning to roll with the punches and go solo at times will stand you in good stead.

Fake It Till You Make It

Confidence doesn't come naturally to most of us, it only seems that way. No-one is completely confident, we all have insecurities and we can all overcome them. One of the best ways to actually become more confident is to "fake it", essentially by pretending that you're feeling much more confident than you are, you can actually build up your confidence.

By exuding a bit of confident energy, even when you're feeling vulnerable and insecure inside, you'll not only make the experience less frightening for yourself, but make yourself more approachable.

If you're going out alone for the first time, you're probably a bit nervous and feel a bit of pressure to go out and have the best time ever. In reality though, that might not happen.

Open yourself up to embrace whatever comes your way, whether it's a quiet night at a bar having a few drinks and brainstorming names for your next cat or a wild night on the town with some newly made friends. Get rid of expectations and alleviate the pressure to perform.

If you're feeling anxious about going out alone, set some small goals that are easy to achieve, so that no matter what you still feel like you've accomplished something. 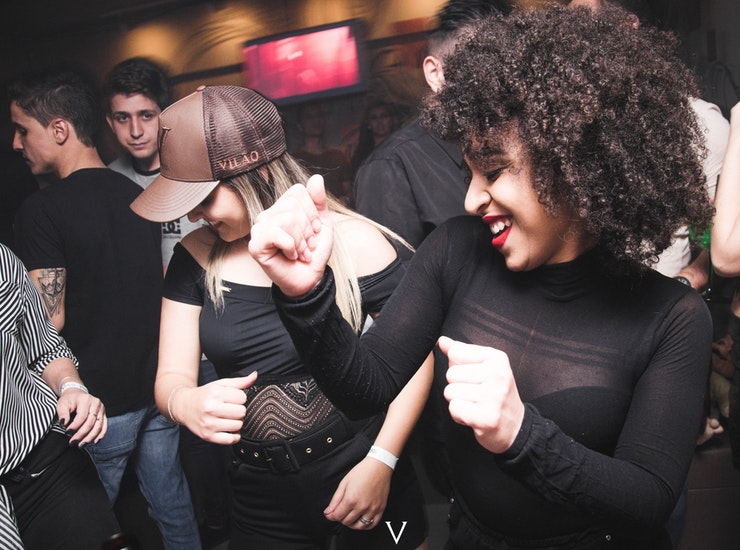 Nobody knows your comfort zone as well as you do, so make sure they push you outside of that box, but you still feel like you can manage. It could be as small as ordering a drink or something bigger, like getting up to dance solo.

Each time you succeed in achieving a goal, you'll feel awesome for having done it, and you'll be able to push yourself further each time you go out, until eventually you'll be doing stuff you never dreamed you'd be confident enough to do on your own.

Be Open-Minded And Approachable

While it's totally fine to spend the entire night on your own when rolling solo, ultimately the goal is to try and socialise at least somewhat. If you're not ready to start introducing yourself to strangers, the best way to get some company is to be as open-minded and approachable as possible.

Rather than staring completely engrossed at your phone or a book, simply enjoy your drink, strike up a conversation with the bartender and make eye contact with other customers that look like they're on their own. In other words, make it clear through your actions and body language that you're happy to talk.

If someone does approach you to start a conversation, keep an open mind. Stranger danger is something to be aware of, but try not to judge anyone too quickly - you never know the unexpected friends you could make.

Have A Few Drinks

It's common sense, but if you're feeling nervous have a drink or two to get you in a more relaxed and sociable mood. Drinking solo at a bar might feel a bit awkward at first, but to everyone else it's totally normal and can make you seem a lot more approachable. 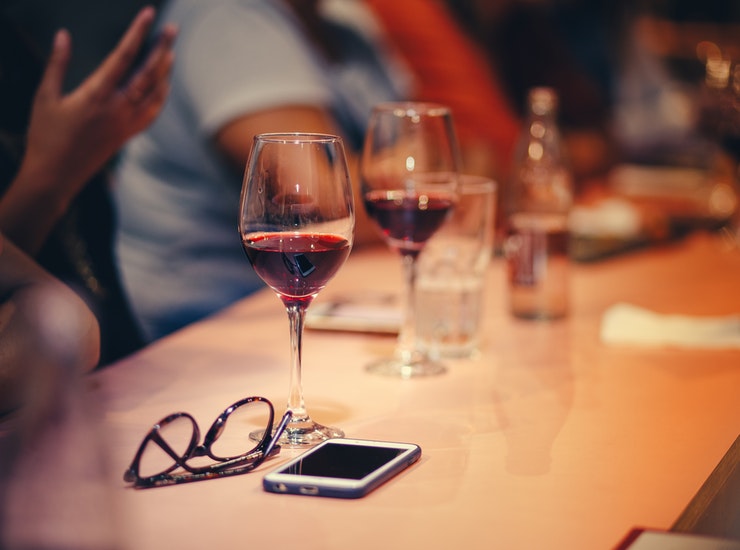 Have A Backup Plan

One of the most common worries for those who haven't gone out solo before is the fear of "wasting" a night out. Truth be told, if you've stepped out of your comfort zone, there is no such thing as wasting a night, however, if it helps to reassure you, having a backup plan can be useful.

If you find yourself feeling uncomfortable, lonely or just not enjoying where you are, make a plan for an alternative night where you will enjoy yourself. It could just be another bar to go to, or getting dessert at a nice restaurant, a pub crawl or finding a gig nearby that seems interesting. Do some research on what's on nearby so you always feel like you have an alternative.

Going out alone is something everyone should try at least once in life, but it's understandably difficult for some people. Nevertheless, persisting and working on building up your confidence so you can go out and have a good time without having to rely on friends will help you to become more independent, so it's worth a go.