Best Ridley Scott Movies Ever Made

Published in Entertainment on 6th May, 2019

There are many great movies out there, and some truly great movie creators as well! Each writer and director have their own unique flavors that they bring to film, and Ridley Scott is no different.

When you're looking for that unique Ridley Scott feel, the following films are some great ones to turn to. Make sure to add them to your movie night list! 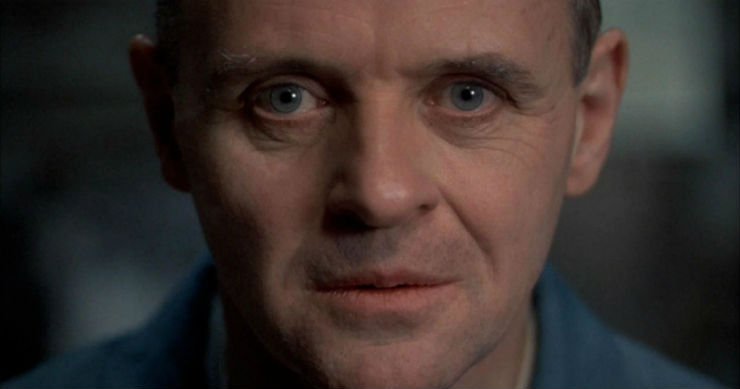 If you're looking for a movie that is packed with intensity and big names, this is one that is worth checking out. Body Of Lies features Russell Crowe and Leonardo DiCaprio, stuck in the midst of a complicated plan to take down a terrorist.

DiCaprio plays the role of Roger Ferris, a CIA agent who is working to uncover a terrorist called Al-Saleem. Working alongside Ed Hoffman and under the nose of a dangerous government leader in Jordan, Ferris has to watch himself closely in order to get the job done without losing his own life.

There are few things more frightening than being caught in a storm on the ocean. A group of students find this out the hard way as they sail under Captain Sheldon in an effort to learn better discipline.

Instead, they learn just how rough nature can be when they're forced to take on a white squall.

As they learn to survive, they discover the importance of teamwork, how to deal with loss, and when to leave their egos at bay. It's truly a story of boys becoming men through an experience that many think of as only legend.

When a new world is discovered, a group of couples set out to explore and inhabit it. However, as you might expect in an uncharted place, there are dangers that they could not have expected.

Unfortunately, instead of the kinds of dangerous animals we might find on Earth, they are introduced to the xenomorph.

The nightmare evolves when these dangerous creatures become aware of their presence, and the entire group is forced to fight back with everything they have.

Unfortunately, there is little that could prepare them for such an experience. When you're in the mood for a frightening thrill, this is the film for you.

War is a dangerous thing, especially when plans don't quite go as expected. As a group of special forces helicopters travel into Somalia to aid in their humanitarian issues, two are attacked, leaving some of the soldiers to face what meets them on the ground below.

This is an intense film, and a great option for those who are interested in military-based movies that depict just how hard the struggles can be for soldiers and citizens alike.

It also features some pretty big names like Ewan McGregor, Eric Bana and Josh Hartnett among plenty of others.

Revenge can be a terrible thing, even for those of royal bloodlines or high social statuses. In this film, a general who is beloved by the king is shown favor as the heir off the family.

Upset by the decision, the king's son is driven to take on both the king and the general as well as his family.

With the king and general's family destroyed, the once-strong general end up as a slave, forced to put his skills to work as a gladiator. Much as he was beloved by the king, he also quickly becomes beloved in the ring, which again puts the position of the new king at risk.

Someone To Watch Over Me

Having witnessed the terrible murder of her friend by the vicious Joey Venza, Claire is assigned a detective to keep her safe. The detective, Mike Keegan, finds that he is developing feelings for his charge and struggles to make the choice between this new woman and his own wife.

At the same time, Keegan has to defend against Venza, who risks all to take Claire down. This is truly a film filled to the brim with intensity and plot that will keep you on the edge of your seat.

All The Money In The World

The disappearance of a child is one of the most terrifying things a parent can experience. In these situations, one can only hope that a ransom situation is the extent of the experience. However, when Gail's son is kidnapped for this very purpose, she finds that she's trapped and without help to pay off the ransom.

However, with the help of her father's advisor, she's able to come up with a new plan to save her beloved son. Like many others, this is a film that portrays just how intense a Ridley Scott film can get. Make sure to check it out!

There's nothing simple about a con, especially when it's a particularly large one. In this film, Nicolas Cage plays a con artist with a myriad of mental disorders including OCD and depression. However, he finds that his symptoms decrease when his teenage daughter comes to visit unexpectedly.

However, complications ensue when he decides that she wants to get in on the action, and Cage allows his daughter to play a role in an upcoming scheme. Along the way, he learns just how tricky parenting can be, and starts to question the role he's taken on in the life of his daughter.

There are few who don't know the story of Thelma and Louise, and it's certainly one to enjoy. When two friends go on what is meant to be a relaxing trip, they instead find out just how complicated life can be. After shooting a man who attempted to rape Thelma, the two head for the southern border.

However, things get even more complicated when Thelma falls for J.D the thief, and a detective seeks to convince them to give up before it's too late. You'll have to watch to find out exactly where this riveting story goes!

If you enjoyed Silence Of The Lambs then you're sure to get a kick out of Hannibal. Having escaped custody, Dr. Hannibal Lecter is now freely roaming Europe to his heart's content. Meanwhile, one of his victims, Verger, is bent on finding Hannibal and making him pay for the scars he left.

Between these two forces is Clarice Starling, now considered to be a disgrace to the name of FBI agent, who will have to navigate the path to re-capturing Dr. Lecter. You really can't go wrong with including this one into a Hannibal marathon. Don't forget the snacks!

Hunting down bioengineered humans is more complicated than it might seem, and for Rick Deckard it gets extremely messy. In this film, Deckard is tasked with hunting down a group of these beings, known as Replicants, who have escaped and managed to find their way to Earth.

However, things get really complicated when he begins to fall for a woman who is a Replicant herself. You'll have to watch this one for yourself in order to find out where the journey goes from there.

This is a film that will surely leave you wondering just how real any of us are, or just how free.

It's a frightening concept to be left anywhere because those who were with you believe you are dead. However, it's even more frightening to be left behind in space. That's exactly what happens to Watney in this exciting and intense film.

Left behind on the planet Mars, Watney has to do his best to survive until NASA or his group are able to rescue him. Remember that this is a planet which isn't able to support any life of it's own, so Watney will really need to put the effort into keeping his own.

When a grudge carries on for 15 years, those involved might forget what even started the issue. In this film, Feraud and d-Hubert are two French soldiers fighting in the time of Napoleon.

As they leave one another, they are fated only to return again and again only to end up dueling repeatedly.

However, once the war is over and one of the men discovers that there is something more to live for, he becomes less willing to either kill or be killed by his nemesis. This award winning movie is one that many are sure to enjoy, so don't forget to add it to your list of movies to enjoy.

Without a doubt, Alien is the most well known within the movies in this group. It's also one that the most people have likely seen, but it's always great to return to a classic!

When a group in deep space is awakened by a distress call, they are driven to explore the vessel only to find that there was indeed reason for distress, and it's much worse than they could have imagined. Greeted by masses of unknown eggs, and it only gets worse from there.

Don't forget this one if you're having a Ridley Scott movie night!