Today, everyone's a gamer. The ubiquity of smartphones combined with almost universal availability of mobile internet allows billions of people to download and play video games on their smartphones. 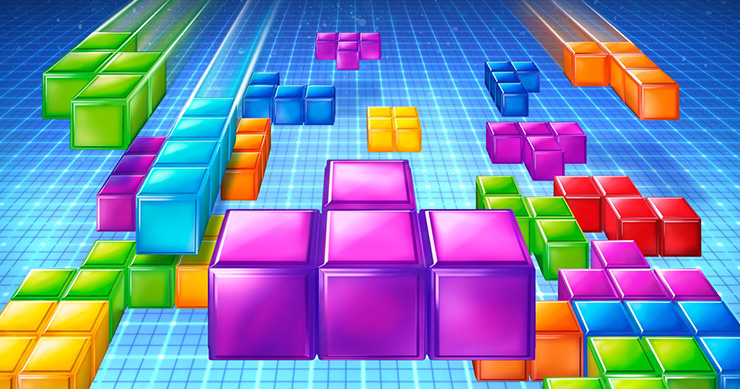 Gaming industry went from niche beginnings to billions of dollars in profits every year putting it on top of the entire entertainment industry. And a huge part of those profits is generated by mobile gaming.

Aside from the relatively popular Nintendo Switch and the 3DS that is near the end of its road portable gaming console market is virtually nonexistent.

It is completely replaced by mobile gaming which now takes more than half of the world video games market. But the whole mobile gaming thing wouldn't be a thing if not for one small and thick gaming device that paved the way for gaming on smartphones, the Nintendo Game Boy.

The ultimate goal of every consumer technology is becoming portable enough to be used anywhere. Transistor radio, boombox, camcorder, Polaroid, portable TV, mobile phone, Walkman and similar devices made digital tech portable and were a primal spark that ultimately led to the modern world dominated by smartphones, devices that combine all these devices and more into one sleek and powerful package.

And one of the most popular features found on these pocket computers is the ability to play video games.

Back in the 80's we could enjoy every form of entertainment in portable form sans video games.

There were proto portable gaming devices such as Mattel Auto Race and the collection of Nintendo Game & Watch devices but these offered simple, proto video games limited by the technology.

While playing and recording music and video was possible on the go gaming was reserved for indoors for the majority of the '80s. But then, near the end of the decade, Nintendo offered a radical new device that will change gaming as we know it.

Instead of coming with a few pre-installed games and a simple LCD display that couldn't draw animated sprites the Game Boy featured a cartridge slot like home consoles and it came with a monochrome LCD display that offered animation and while it wasn't as capable as some of its adversaries it triumphed because of low power consumption and impressive library of games.

The console was like a miracle to millions of gamers who finally could do some proper gaming on the go.

Just imagine, back when Game Boy first came out no other company produced portable consoles that played full console games, there were no smartphones (mobile phones of the day were literal bricks with tiny displays enough to see one row of digits), and no other ways to experience video games on the go. It was like a miracle. 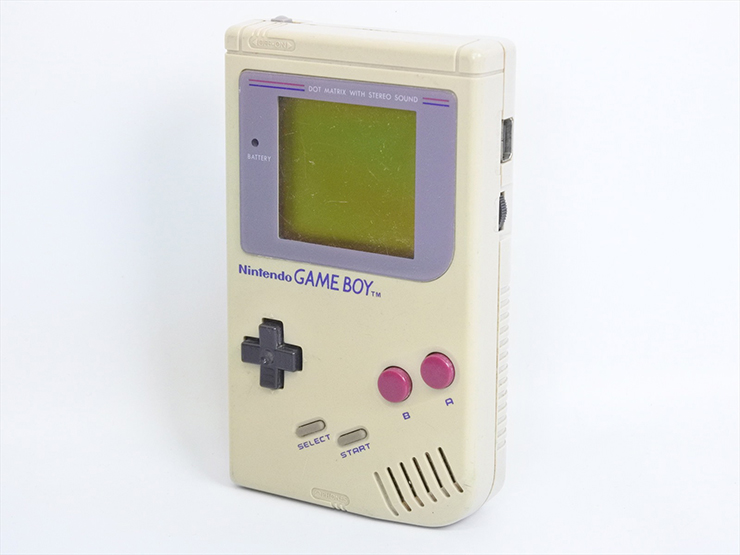 Imagine being able to play brilliant games like 1989 Tetris and Super Mario World and later Pokemon. It was a revolution in gaming and Nintendo started it.

Since the Game Boy sales simply exploded many other companies tried to emulate its success with their own portable consoles. Atari introduced Lynx, Sega debuted Game Gear and both of them launched with better specs such as bigger displays that supported colors and beefier CPUs and RAM memory.

Unlike its competitors Game Boy didn't offer a colored screen and its games weren't as pretty but it triumphed because games were better (back in the day gameplay was much more cherished than graphics, as it should be) and because Game Boy lasted much longer on one battery pack than other, more powerful, portables which were important in the world where electronic devices didn't use rechargeable batteries.

Another rock solid advantage over other portable consoles is that Game Boy was virtually indestructible. Many original Game Boy consoles are still available and they still work perfectly, which says enough about its build quality.

It's a strategy Nintendo used every time; instead with sheer horsepower, the company would offer something new and unique backing it up with a huge library of awesome games. A strategy that almost always reaped massive success except in the case of the Wii U.

Game Boy featured a form factor that was perfect for carrying the console in the bag or inside large pockets and holding it was a joy. And the games were amazing. Tetris was a top seller and one of the most popular titles for the original Game Boy.

Those three were system sellers that sold tens of millions of consoles alone. But other games, hundreds of awesome titles, ultimately mattered the most. Nintendo Game Boy had a superior games library than all other competitor devices combined, which was a cherry on the cake of reasons why Game Boy became a global phenomenon.

And the last but not least advantage Nintendo Game Boy had over its competitors was its sweet $89 price point, making the Game Boy noticeably more affordable than major competitors in the form of the Atari Lynx ($179), Sega Game Gear ($150), and NEC Turbo Express ($299). 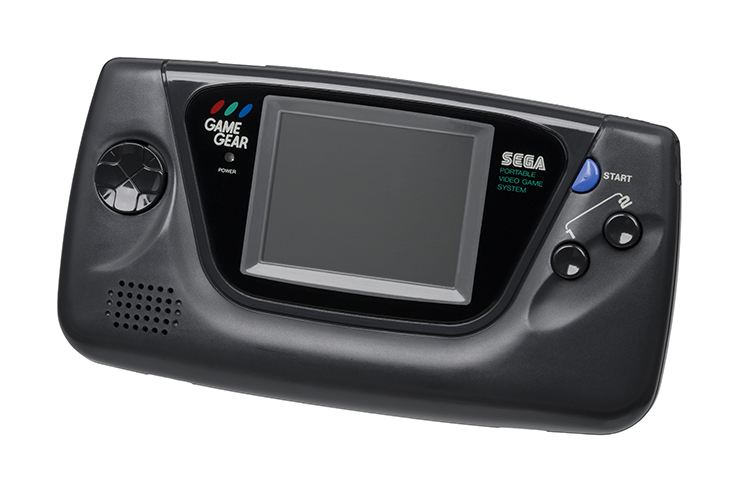 The price was low enough to allow new owners to buy a game or two along with the console and still end up cheaper than buying any other console!

Low price along with a massive library that was better than all libraries of its competitors' combined created a behemoth that ended up selling near 120 million units. Sega Game Gear, its closest rival when it comes to the number of units sold, sold ten times less. Game Boy proved for another time that games, not specs, is all that matters.

Nintendo Game Boy was a smashing hit and it secured Nintendo the throne of portable gaming which the company held for decades until smartphones conquered the field. Hardware revisions (Game Boy Pocket, Game Boy Light) made the console pocket-friendly and allowed it to be carried anywhere and the upgrade in the form of Game Boy Color finally introduced color screen, giving old games new life and further securing Nintendo's rule. 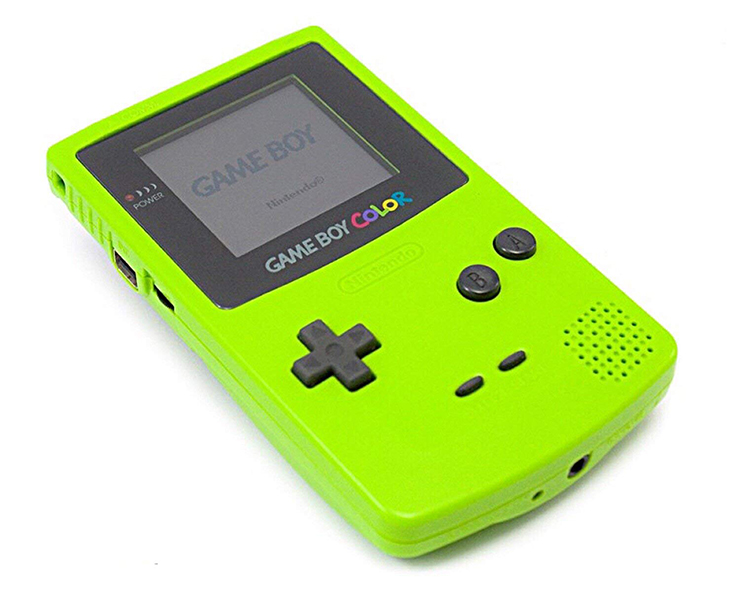 Game Boy family of consoles swept the competition for fifteen years, knocking down every challenger until Nintendo replaced it with another icon of handheld gaming, the Nintendo DS.

MP3 players were a thing and then they slowly disappeared with smartphones taking the role of our go-to music players. The same thing can be said about digital cameras and camcorders. Smartphones are also great video players, perfect navigation devices, and the ultimate communication hubs.

And, of course, they are excellent gaming devices. Yes, they lack physical buttons needed for so many games to play like developers intended but on the other side, the fact is that each mobile game has a huge potential audience, more than two billion people. And the simplicity of most games is acceptable for most mobile gamers.

This led to the disappearance of portable gaming. As it's already mentioned the 3DS is nearing the end of its lifecycle and Sony has similar plans for the PlayStation Vita.

The Nintendo Switch is a different beast and while it is promoted as a portable console, in reality, is a perfect mix between a home console and mobile device capable of playing core games like first-party titles from Nintendo along with a bunch of awesome indie titles. But the reality is that portable consoles are done, completely replaced by smartphones.

And it all started with the Game Boy, which brought the magic of portable gaming to the world. This small and underpowered console is one of the most important pieces of gaming history and will forever be remembered as a pioneer of mobile gaming. Remember that the next time you game on your phone.