Who Are The Best Directors Of All Time? (Directors Best Movie Trailers)

Published in Entertainment on 22nd May, 2019

Films require the contribution of writers, actors, and even crew in order to truly be great. However, there is typically one person who brings it all together in the end. The Director. In order to learn what makes a film great, it's important to learn about the best directors of all time and discover what made them great. Let's take a look!

What Makes A Great Director?

With so many variables that can go into a great film, there is one that stands out the most. Memorability. There are so many films that come and go with few to remember them. Then there are huge names like "Jaws", "Psycho" and "Nosferatu", which stand as pillars in the world of cinema. Truly, the key to success comes with creating films that people will remember and even study as they learn to develop their own works. 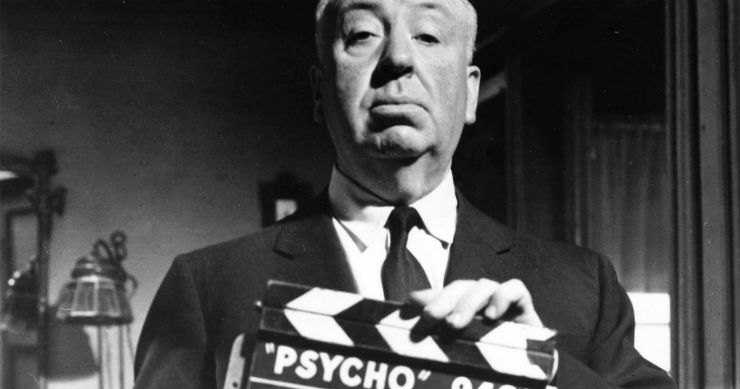 Best Directors Of All Time

There have been so many great works in the history of film, and many fantastic directors who are attached to them. In this list, you'll find some of the greatest names of all times when it comes to those who directed huge, award winning or extremely memorable films. Enjoy!

Spike Lee is known for a number of poignant films including a few you're likely to recognize. Cinematic adventures like "Malcom X" and "Do The Right Thing" are a couple of his popular works. He's well known for touching on intense social issues without hesitation. There are also many who would recognize the strong females portrayed in many of his works.

This director is known for a wide range of films, including some well known pieces like "Philadelphia" and "Silence Of The Lambs". There are some movie buffs out there might even make claims that the Hannibal Lecter series decreased in quality through the films taking place after Silence Of The Lambs. However, that call is entirely yours to make!

While it may not be the one we most remember, this director is known for bringing the original "Nutty Professor" film to life. Without this starting point, we wouldn't have the comedic genius that is the later version of the film. In addition, Lewis is also known for directing "Hardly Working" and "Cracking Up".

Taking a step back in time, we find such fantastic works as "Sawdust and Tinsel" and "The Magician". Furthermore, he's also been involved in some great TV shows like "Private Confessions" and "The Best Intentions". Having received numerous Oscar nominations, there's no denying that this is a talented director indeed.

Sidney Lumet is gifted with the ability to take what could have been an incredibly boring concept, 12 jurors making the decision that will determine the direction of a murder case, and turns it into a riveting dive into racism, the ability to think critically and the need to protect those who are innocent. Among other films he's directed "12 Angry Men" is surely one of the best out there.

For those who are keen on intensity in their films, the works of Danny Boyle are worth checking out. From the horrific "28 Days Later" to the intense dive into survival that is "127 Hours", his works are truly ones that will keep you on the edge of your seat. Make sure to add them to your list if you're considering films for a fantastic movie night.

Known for romantic comedies and sometimes a side of slapstick, Woody Allen is as well known as an actor as he is a director. Having starred in some fantastic films like "Zelig" and "Midnight in Paris" and directed some great works like "Bananas" and "Crimes and Misdemeanors", there are few who could say this isn't a man filled with talent!

Born in 1933, Roman Polanski is a director who also took on jobs acting or writing. He's well known for some old-but-gold films such as "The Tenant", "Chinatown", and "The Ghost Writer". This is also a director who is well known for his interest in black humor. In addition, explorations of strange human relationships are something you can often find in his films.

Kurosawa was a Japanese director and writer born in 1910. While his films are quite a bit older now, they are known for some really interesting takes on Shakespeare plays taking place in Feudal Japan. Some of his well known works include "Dreams", "Rhapsody in August" and "Red Beard". Many can also find extremely black and white views of women in his films.

This American director is something of a jack-of-all-trades, having acted, produced and written as well as directed. Those who hear the name Tarantino are often aware of the truly unique and gory take that the director often applies to his films. Some of his popular works include "Django Unchained", "The Hateful Eight" and of course the cult favorite, "Pulp Fiction".

The son of a pair of Vaudeville comedians, Keaton was born in 1895. Since that time, he became a famous actor, director and writer. What set Keaton apart at the time was his attempt at creating drama in a world that, at the time, favored comedy. He's known for such films as "Go West", "The General", and "The Navigator". Many of these films involved special effects that were cutting edge at the time.

There are few names more important in the history of horror cinema than "Nosferatu", and Murnau was the man behind bringing this important character to life. Born in 1888, Murnau acted, wrote and directed. Some of his popular works also include "Sunrise" and "The Burning Soil". While he's had several great works, there's no denying that his entry into the horror genre is something Murnau wil always be remembered for.

Born in 1942 New York, Scorsese is a director who is known for some hugely popular modern day films. These include titles like "The Wolf of Wall Street", "Hugo" and "Shutter Island" as well as many more you're likely to recognize. With several award winning films under his belt, there are many who would call his works masterpieces within the modern era.

Stanley Kubrick is another name that many are likely to recognize. Born in New York in 1928, this director is well known for his creation of great science fiction and cult favorites. Some of his well known works include "The Shining", "Full Metal Jacket" and "Eyes Wide Shut". In order to get the best results, Kubrick expected a great deal of dedication from his actors.

Some of the most well known films of all time were created by this director. Big names like "The Godfather", "Jack" starring Robin Williams, and "Bram Stroker's Dracula" were just a few of the popular creations out there. Having created several films worthy of awards and one of the highest grossing creations in movie history, there's no denying the greatness of Coppola.

There can't be a list of great directors without the addition of Tim Burton. Born in 1958, this director is well known for combining dark stories, strange characters and a whole lot of charm. With such creations as "Edward Scissorhands", "Sleepy Hollow" and "Mars Attacks" and a whole lot more, Burton is definitely going to go down in history as an extremely creative film professional.

Straight out of Wisconsin, Welles is known for many popular, if not always profitable, works. Names like "Don Quixote", "The Other Side Of The Wind" and "The Deep" hail from this great director. One of Welles' favorite themes involved the rising and falling of man, and he often starred in, wrote and directed films that involved this theme.

Just about anyone who has seen "Lord of the Rings" or "The Hobbit" knows about Peter Jackson. However, you may not be aware of some of his other works, including a cult classic known as "Dead Alive" as well as "The Lovely Bones". This is a director who is known for making films that often portray topics like matricide and the involvement of axes as weapons. He also enjoys adding in cameos!

Born in 1946, Spielberg is known for some of the most popular works in the history of film. Such examples include "Jaws", "Jurassic Park", "Ready Player One" and "Saving Private Ryan" among many, many others. What viewers may not know about this director is that he often makes use of protagonists who have come from broken homes and references to both Disney and World War II.

Alfred Hitchcock is one of the key figures in the history of horror. He brought to life the thrill ride known as "Psycho" as well as other big names like "The Birds" and "Vertigo". While these films are older, they will go down in history due to their importance to the film industry. He often also plays with issues of identity in his films.