MOBA games exploded some time ago and for a while it seemed that the playing field is large enough to support more than a handful of quality titles. Games like Smite, Heroes of Newerth, Demigod, Paragon, and Heroes of The Storm all brought something new and all garnered large player bases. 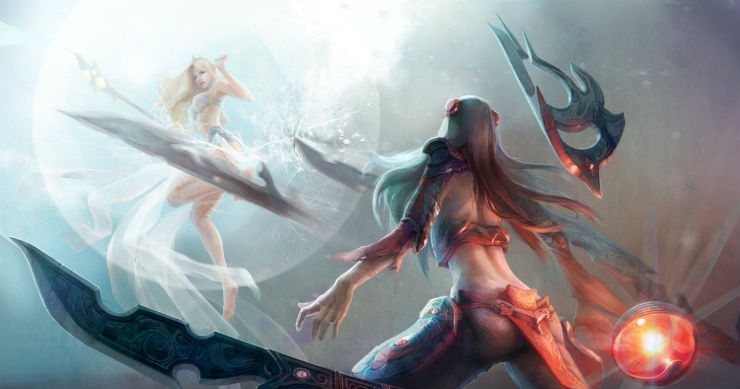 But in the end, all those MOBA titles fell under the wheels of the extreme popularity of two behemoths of modern gaming: League of Legends and DOTA 2.

These two took audiences from all other titles and today we have two massive MOBA game with audiences counted in hundreds of millions and that's about it.

A quick glance at Twitch (the prime way of watching most multiplayer oriented games) shows LoL and DOTA 2 changing leads in viewer counts during most days, occasionally being replaced by some other giant of the video games industry. And while the world of MOBA games is dominated by just two titles the good news is that both of those are excellent experiences.

Both games are free-to-play and while you don't get to play with every single hero in LoL the game's F2P mechanics are fair and allow everyone to enjoy the game without shelling out a dime.

Both games are quite well balanced and kept fresh and stable with a constant stream of updates and both garner a huge esports scene. But there are some things one does better than the other and those are usually the reasons why people prefer one to the other.

Today we will list things that are done better in League of Legends than in DOTA 2.

LoL is easier to learn

DOTA 2 is a slow-paced, deeply strategic experience that takes some time to get to know. Add to that the fact that newbies get greeted with more than 100 playable heroes as soon as they start the game, each hero specialized counter for a specific set of characters, and you got yourself a game that is daunting to learn.

On the other side, we have LoL, the second MOBA giant, which incorporates weekly hero rotations, allowing new players to take bite-sized portions of the roster. This creates way better situation for new players; instead of more than 100, they are greeted with just a handful of playable heroes so they can focus on those and then try out new ones once the roster is switched.

The rotation mechanic is maybe less appealing than DOTA 2's fully unlocked hero roster but is much better for new players to get the hang of the game by giving them a handful than more than a 100 choices.

And heroes in LoL aren't based on rock-paper-scissors mechanic allowing new players to pick whichever hero they want without having to take care of the enemy team roster but more on that later.

In general, LoL is easier to learn not only because of its hero rotations but also because its gameplay is simpler, its matches are shorter in general, its items aren't super complex, and because its heroes aren't following the counter-based design strategy.

LoL is more streamlined and straightforward than DOTA 2

The steep learning curve of DOTA 2 isn't there just because of the game's massive roster that is fully unlocked from the start. DOTA 2 also has more complex gameplay that favors strategy and cooperation.

Also, DOTA 2 items are complex pieces that feature secondary powers, synergies, and hidden stats. And there's that counter-based hero mechanic that can be brutally difficult to master when you're a new player.

A wrong pick before you even start the match can seal your fate and that's something that is especially punishing for players who didn't learn the whole counter thing. Which is hard to grasp because there are so many heroes to pick from. 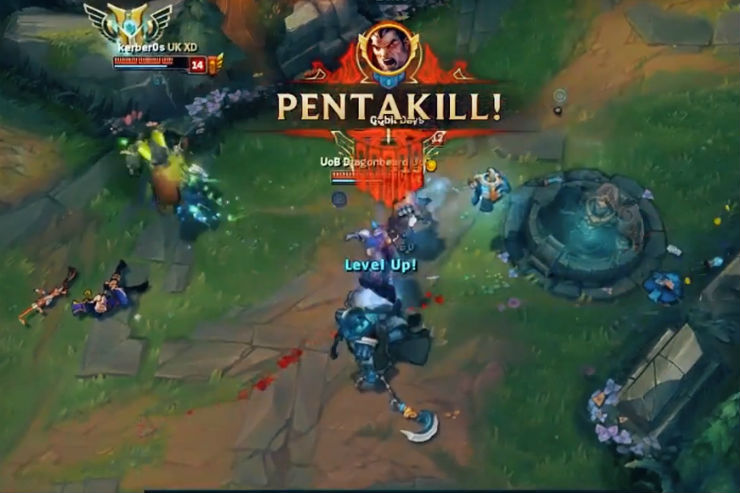 LoL isn't such a complex beast DOTA 2 is. LoL is more streamlined, faster paced, easier to learn, and almost arcadey when compared to DOTA 2. And this streamlined experience can be better for some players.

You don't have to worry about selecting a specific hero; they all can make their mark in a match regardless of the enemy team. Items are simple and easy to understand. Powers take less to recharge and are more fun to use, even though they impact the game in a lesser way than in DOTA 2.

But, once you start playing it you will notice that LoL is pretty hard to master, and that's where its appeal is. The game can be learned by anyone and most players can be pretty good without trying to hard. But those who want to be best well, they have to invest as many hours as pros playing the DOTA 2.

Since League of Legends doesn't follow the counter-based hero mechanic as DOTA 2 does, the game is more open-ended and favors improvising. Sure, you can have a bad matchup but that doesn't mean your hero is doomed.

Unlike in DOTA 2 heroes in LoL are capable of making an impact no matter who they are matched with. Just think a bit outside the box, use different strategies and just push on. Even by simply playing your hero like you do every time chances are you will have a relative success. While in DOTA 2 playing well against a badly matched up hero is virtually impossible for new players.

League of Legends features prettier alternate skins and customization that is way more visible on the battlefield than DOTA 2. Skins are varied and fairly pretty, detailed and well designed.

You can completely change heroes' looks by swapping different skins. This isn't really possible in DOTA 2 and varied cosmetic items don't look as detailed as in LoL. Further, cosmetics are harder to notice in DOTA 2 while in LoL different skins are easy to recognize and they are fully visible and noticeable even in busiest skirmishes.

LoL has more champions to play with

Yes, LoL features hero rotations meaning that for those who don't want to pay for them, heroes are limited and cannot be freely picked. But, League of Legends has noticeable more champions and new are added more frequently than in DOTA 2.

This probably doesn't matter much for many players who play LoL for free but for those who look only at numbers LoL is better when it comes to the size and variety of its roster.

DOTA 2 is like a chess match, with the first 20 or so minutes spent in teams trying different strategies, testing their opponents and searching for weak links and strategic downsides in teams. Matches are slow paced and filled with ruses and jebaits. On the other hand, we have League of Legends, which is a pick-up and play title that is much more fun for beginners. 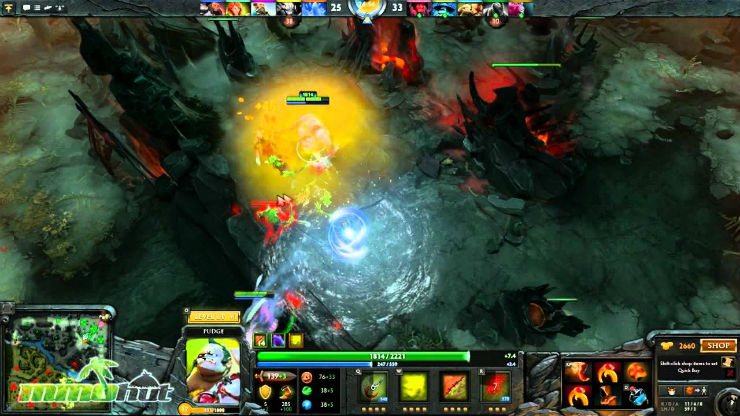 But faster gameplay and stronger dynamic seen in LoL is what keeps a large chunk of its userbase playing the game. People like the way LoL plays, its speed and explosiveness. You can have loads of fun playing LoL without thinking about counters for your hero, items and their complex stats and powers, different strategies depending on matchups, spell timings, any of that.

Instead, you can enjoy its fast-paced gameplay and soak in its superb tempo that isn't perfect (many DOTA 2 fans prefer its slower pace) but that is good enough to secure LoL the first place in the battle of MOBAs.

Matches are shorter and defeats are easier to swallow

One of the worst things in DOTA 2 is when you know you'll lose but you can't do anything about it and have to wait for half an hour before the match finishes.

LoL features shorter matches and is great for some afternoon fun while taking a break from schoolwork (or work in general). The game can be enjoyed in half-hour chunks and once you know you will see defeat you can try to surrender and exit the game without wasting time.

This is great both for newbies and veterans. Shorter matches mean more matches you can play per day meaning more matches to learn different heroes. 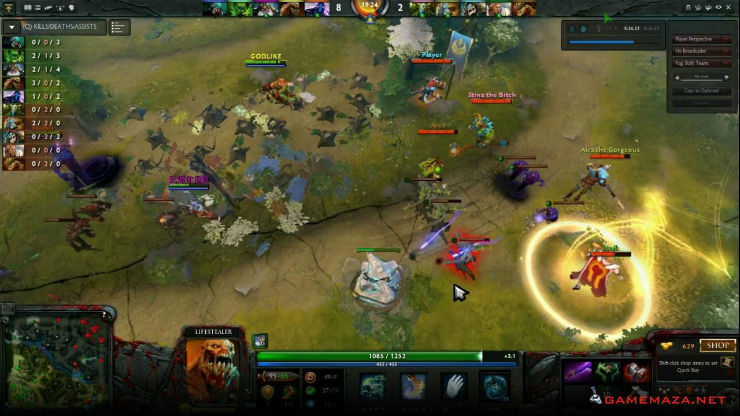 The option to surrender means more time for playing matches that are actually winnable. And losing a game that lasted 30 minutes is much more palatable than losing a match that lasted an hour. Sure, match length preferences are subjective but numbers show more people prefer when they are shorter.

Last but not least, League of Legends does the whole esports thing much better than DOTA 2. Twitch numbers are usually higher for LoL and during large tournaments the game keeps breaking records when it comes to concurrent viewers on Twitch. And the game is more popular as an esport than DOTA 2 despite the latter being promoted by Valve.

It's probably because of other reasons we mentioned in this list. Shorter, faster-paced matches filled with skirmishes and without that rock-paper-scissors hero mechanic resonate better with fans. And it's true - League of Legends is more fun to watch but all that speed is making it more chaotic than DOTA 2. But at the end of the day, LoL is a better esports title than the DOTA 2.