Forza Horizon 4 multiplayer was a mess in September but after months of patching Playground Games turned it into an engaging, rewarding, and challenging online environment that plays great and feels even better.

Back in September when Forza Horizon 4 came out it received plenty of accolades for its brilliant arcadey handling, for its huge and stunningly beautiful world, for tons of incredible single player content capable of keeping players busy for hundreds of hours, for its 550+ cars, for the game's brilliant seasons feature that adds new content each week, and for its gorgeous visuals. The online component, sadly, was one of the game's rare downsides. 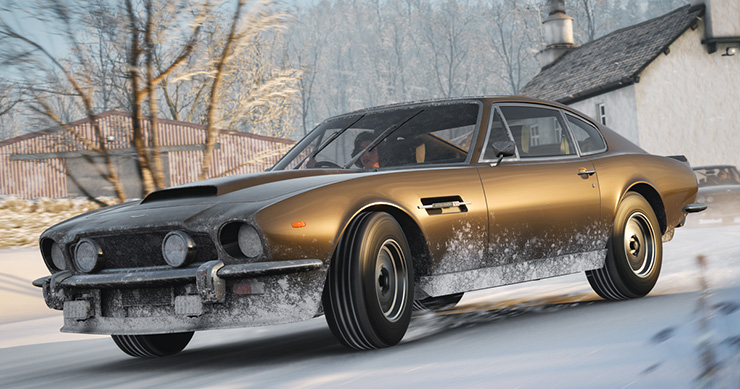 Online races in a game like Forza Horizon 4 had the potential for greatness but a number of incorrect decisions along with the lack of reprimands for hyper-aggressive driving turned it into an insanely frustrating cannonball fest comparable with worst online experiences found in Wreckfest, a racing game about cannonball fests.

The first turn of every race would end in cars in the front being massacred by the lower half of the race, with everyone just slamming into walls and other cars. Pole position was damnation because there wasn't a chance to escape cannonball hits from behind.

The only sound strategy was moving to the back, somehow surviving the first turn dumpster fire and then somehow enduring any future attempt at ramming you with full force into the nearest wall.

Add to that the inescapable wall riding and the complete lack of ghosting feature and you got online races dominated by those who mistook Forza Horizon 4 with Wreckfest and World of Tanks. The addition of free-roam rush events in road racing playlists meant even less fun and less chance of playing online races.

Despite its phenomenal single player experience Forza Horizon 4 severely lacked in the online department. But then Playground started to implement a slew of changes that made online racing better with each patch. 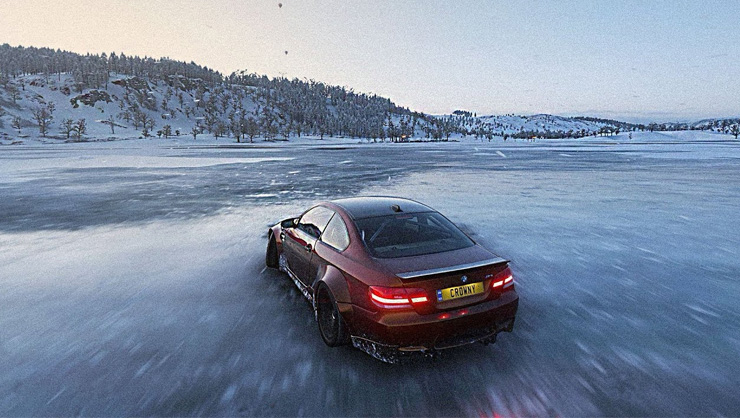 The addition of ghosting at the start of each race meant no more massive pileups at the beginning of every race. Next, automatic ghosting was implemented for situations where one vehicle could hit another eliminating maniacs who would ram you down whenever they feel like and those nasty but accidental hits that would ram you to the wall.

Next, free-roam events (basically cross-country races where off-road vehicles had a clear advantage) were removed from road racing playlists. And finally, wall riding was dealt with by penalizing each hit a vehicle makes with non-destructible walls.

Each of those changes made online races a bit better and with the final update that eliminated wall riding Forza Horizon 4 online multiplayer finally feels as good as its single-player races.

Fixes for ramming and wall riding problems work as supposed 99 percent of the time and races finally feel like tests of skill rather than strategic car combat. Online racing is finally a rewarding experience that plays phenomenally. Each race is exciting and reflexes are more important than ever. One mistake and you're probably out of the podium finish, which was unthinkable in the old days of wrecking anyone and everyone. 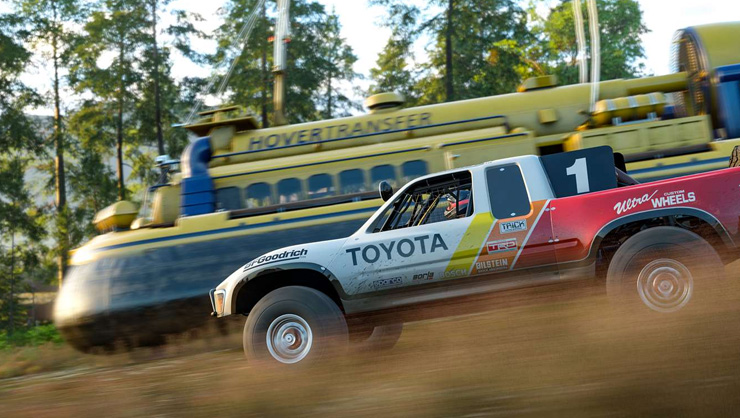 Now you can finally appreciate Forza Horizon 4's wide selection of racing machines. Each class (online racing is divided into B, A, S1, and S2 classes) has multiple favorites and there's no clear winning car sans in class A road and street racing where Bone Shaker is completely OP (the damn car can also wreak havoc in rally races but luckily, it cannot defeat off-road monsters in cross-country events).

You have to own at least 3 or 4 competitive vehicles from each class: one for dirt events, one for cross-country, one for road and street races, one for snow conditions, and a couple of alternatives.

Cars which dominate roads during summer aren't suited for snowy tracks, and there's always a risk involved when picking between rally cars and trucks for dirt and cross-country events. It's great to experiment with new cars and tunes and to find new competitive cars for each class.

And since the game is so generous with rewards I can guarantee that each player who spent a couple of dozens of hours in the game has enough cars and/or money to be competitive online. In short, online racing in Forza Horizon 4 is the best online experience in an arcade racer and I can say that we finally have a fun and exciting arcade racer with a community large enough to keep the game alive for years. And that's great.

It's amazing to see a studio like Playground Games that didn't simply abandon their game and that doesn't run it like a classic live service (adding new content without fixing bugs and optimizing general gameplay experience).

No, Forza Horizon 4 is one of the rare examples of live service done right. We get new content like seasonal championships and new cars but the game also gets better in every way with each new patch. For instance, there are more seasonal events now than before and they all count towards seasonal playlists which award unique cars. 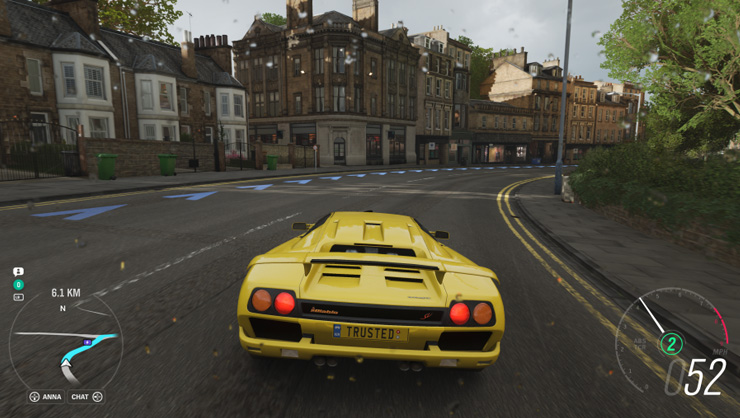 Seasonal playlists also got much better interface that's easy to navigate. We also receive new stories on a regular basis. Even that tiny bug which irritated me for months (map marker settings always resetting after starting a new seasonal championship) is squashed now. Talk about attention to details! This is how every live service game should function. But the job isn't over since there are still some dents in the otherwise flawless online experience found in Forza Horizon 4.

For instance, the game doesn't recognize when you're rammed to the wall by another car. You get penalized even when hitting the wall wasn't your fault. This can be catastrophic because penalties are given in the form of slowdowns and even one wrong penalty can ruin your chances of winning.

This favors aggressive side-by-side driving and while it isn't a problem to have people hit you from the side, it can get hairy when they ram your car to a wall. If people at Playground are somehow able to remove slowdown penalties when hitting the wall after contact with another player that would be great.

Next problem isn't tied to the racing itself, its about matchmaking. Unranked matchmaking works without flaws. You find a lobby in a matter of seconds and shortly after you're either racing or wait for the next race to start.

Aside from these two (minor) nuisances Forza Horizon, 4 online racing works flawlessly. Races are exciting and filled with impressive visuals and the sense of speed is incredible.

There's at least a dozen of competitive vehicles in each class for each event type (expect Bone Shaker) so everyone can find a competitive car in their garage.

Tuning presets are easy to discover and apply, allowing even absolute tuning noobs (like myself) to find an optimal setup for every car. In general, online racing in Forza Horizon 4 works as it should've worked from the start. There are still a few annoyances but racing other people is finally fun as hell and I hope it stays that way in the future.