Dota 2 and League of Legends are behemoths of the MOBA gaming scene. Both games are super popular and garner millions of daily active players. Our first article talked about things LoL does better than Dota 2 and you can read it here. 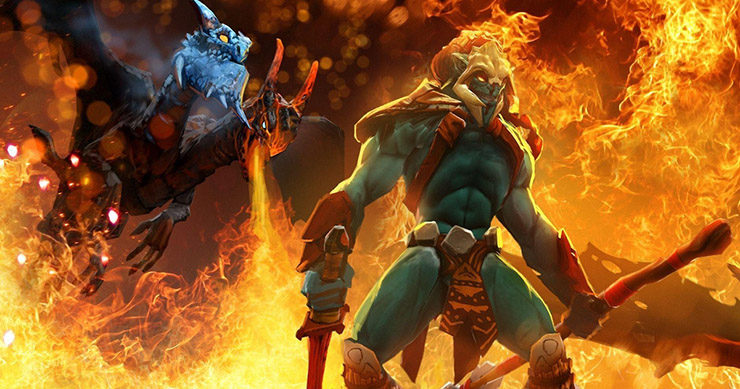 The second part of the Dota 2 vs. LoL series explores features that make Dota 2 better than League of Legends.

Dota 2 is more complex than LoL

This is a subjective advantage but many players prefer Dota 2's complex gameplay and steep learning curve to LoL's streamlined matches and the fact that LoL is easier on newbies.

Dota 2 is a slower game and its heroes are based on counter mechanic meaning that every hero, no matter how much powerful they are, have counter heroes that can completely shut them down. Because of this Dota 2 players have to know the game's roster much better than players who prefer League of Legends.

Dota 2 heroes are also able to wield items with active abilities, and there are rules governing items that are most effective for specific heroes. This makes Dota 2 less dynamic than League of Legends but also it makes the game far more complex.

Dota 2 map is also dotted with much more building types than LoL. You have your turrets (multiple types divided by range), there are shrines, the ancient, barracks for different types of creeps, etc. You also have the denying feature (killing your own creeps and destroying your buildings to deny other team gold), and Dota 2 matches require a higher level of cooperation between team members.

Dota 2 is slower than LoL and many players compare the two by saying that Dota 2 is like chess while LoL is more akin to checkers. In other words, Dota 2 is slower and requires a high level of strategic thinking while LoL is "arcade," faster paced MOBA that is easier to learn and that strips some of the complexity in favor of accessibility.

You will spend more time learning how to play Dota 2 but that's a small price to pay for those who prefer complexity found in Dota 2.

This may look like a small difference but in practice the fact that Dota 2 features items with active abilities. Of course, this also is subjective since some players like to have their items plain and simple and don't want to think about extra abilities that aren't part of their hero's default ability list. 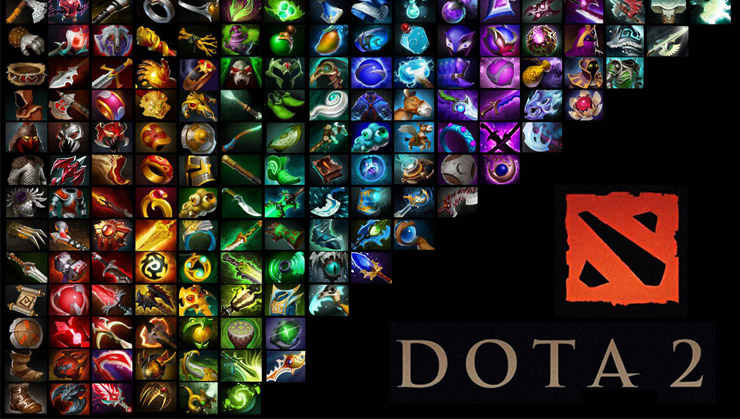 But having items with active abilities is way cooler. This makes Dota 2 more complex and, in turn, more enjoyable experience because you can turn a relatively weak hero into a competitive force during the course of the match. And it's interesting to have additional abilities that can work great with the rest of the team.

Further, in Dota 2 you can level up your heroes virtually until the final second. This gives players another incentive to farm as much experience points as they can and creates endgame populated by powerful heroes making it more challenging but also more rewarding compared to LoL.

Those who grew up playing the original Defense of the Ancients Warcraft III mod will appreciate the fact that Dota 2 is based on the mod and that it is a faithful recreation of the original Dota game mod.

The gameplay is similar, main gameplay mechanics are pretty much the same and veteran MOBA players usually lean towards Dota 2 because of this fact.

On the other hand, we have League of Legends that tried to create a somewhat different experience to the original Defense of the Ancients with the game ultimately becoming more popular than Dota 2 but failing to keep the spirit of the original MOBA experience in the process.

While League of Legends heroes have one more ability on their disposal than Dota 2 characters (5 versus 4) the fact is that leveling up abilities works much better in Dota 2 than in LoL. You see, in Dota 2 you can check out stat increase for each ability level.

You can see what you gain by leveling up a certain power and compare to what you'll get by leveling up other abilities on your disposal, which doesn't matter much for experienced players. But for newbies, this feature can be extremely useful. 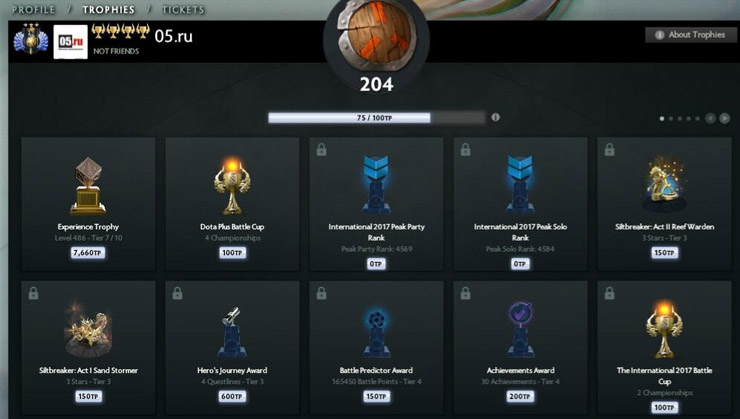 They can check out which ability is the best to level up (in other words, which ability will give their hero the biggest power increase) without actually knowing what each ability does. They can simply look at numbers and see where they'll gain the biggest upsurge.

In League of Legends, on the other hand, they must know detailed stats of each ability their hero uses as well as stat increase of each power.

This can be a bit frustrating until you learn heroes and it basically nullifies the fact that League of Legends gameplay and individual heroes are easier to learn because the game features rotating hero rosters and because the game is more streamlined than Dota 2.

In Dota 2 every single hero is unlocked from the start

League of Legends features limited hero rosters that rotate on a regular basis and that feature is great for new players who are still learning to play the game. If you want to play with your favorite heroes whenever you want, on the other hand, you to have to buy each one of them.

Dota 2 heroes are unlocked from the start and that means all Dota 2 characters can be selected as soon as you install the game. No rotating rosters and zero heroes locked behind a paywall.

This is great because you can pick your favorites without spending a dime on the game making the full experience priced at zero dollars. Yes, it's a bit daunting for new players to see more than 100 playable Dota 2 heroes selectable from the start but that's a small price to pay in order to have the complete roster available without any paywalls.

This is another huge advantage Dota 2 has over LoL and another thing that makes new players' lives easier. In LoL, you can only see abilities of your own hero and that's it. In case you aren't familiar with every single hero and their powers you're basically screwed once the match starts.

But in Dota 2 players are able to check out abilities and stats of both their allies and enemies.

This is a huge tactical advantage for players who are still relatively new to the game and for those who are relatively experienced because, let's face it, knowing every detail about every single hero in a game with more than 100 playable characters means lots of learning and not all of us are ready to commit that much time and energy into a video game. 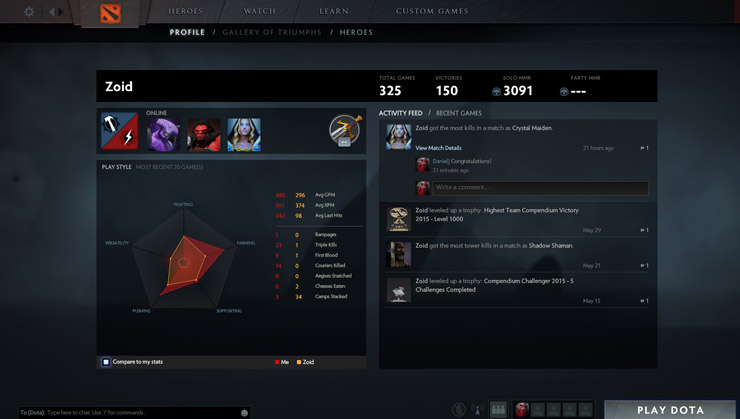 LoL has occasional special events that offer players unique, limited skins and a couple of missions that can be finished in a day and that's about it. Dota 2 brings yearly battle passes that come with a bag full of rewards, special game modes, in-game items, and other stuff that require months to unlock thus giving players a huge incentive to play the game.

For instance, the International 2019 Battle Pass comes with a new game mode, a new expedition, unique consumables and towers that won't be tradable or purchasable from the market.

You also get a plethora of in-game features such as the new Party Finder, Coach's Challenge, the option to avoid specific players when matchmaking. There's also the usual set of features found in every Battle Pass such as ranked roles, Immortal item recycling, Daily hero challenge and a ton of rewards that get unlocked by leveling up your Battle Pass.

Yes, each Battle Pass costs $10 but firstly, it's definitely worth it (although it would be great if in-game features such as the ability to avoid players and the new Party Finder be offered in a free update) because it comes with more rewards than similar Battle Passes offered in other multiplayer titles (Fortnite, PUBG, Apex Legends, Rocket League, etc...) and it requires one yearly purchase while other games come with multiple battle passes per year.

The other thing that makes Dota 2 Battle Pass great is the fact that a quarter of all sales go towards The International prize pool. And bigger prize pools is another thing where Dota 2 beats League of Legends.

Yes, League of Legends is way more popular with eSports fans and the game has noticeably higher view counts on Twitch but if you plan on starting a professional MOBA career Dota 2 is a better choice. Why? Because prizes in Dota 2 tournaments are way higher than in LoL. 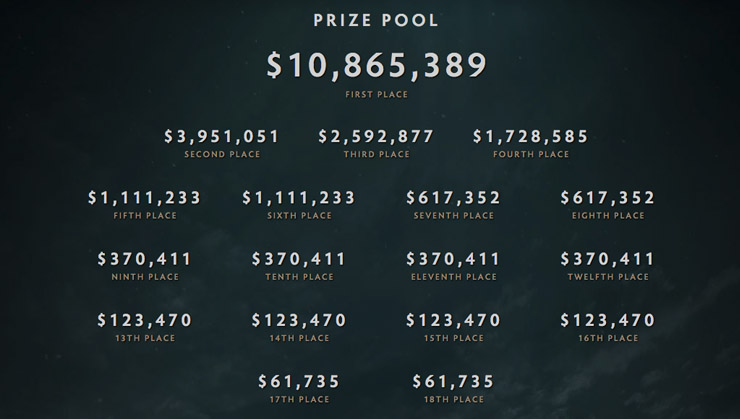 Just look at these charts and you will see that there's one player who earned $1 million by professionally playing League of Legends. On the other side, we have 62 (that's sixty-two!!!) players who earned more than $1 million by playing Dota 2.

When it comes to tournament prizes each and every Dota 2 International had a prize pool larger than $10 million. LoL World Championship record prize pool was less than $6.5 million.

Dota 2 is on Steam

Dota 2 is made by Valve and is regularly on Steam most played list. And while Steam integration doesn't look like that much of an advantage in reality it is.

You get a game that is tied to the world's most popular gaming service that comes with a plethora of additional features that make the experience better and more enjoyable.

You have Steam market allowing you to earn some money by playing the game and selling items; you have cool features like cloud saves, forums, servers that never go down, and awesome update integration (yes, League of Legends patches are automatic and patch notes are equally easy to find but each new Dota 2 patch can be automatically downloaded as soon as Steam starts, which is nice). 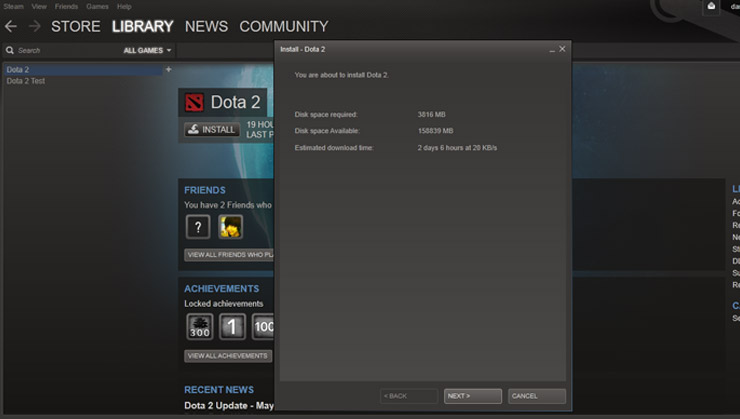 And finally, Dota 2 features full Steam Workshop integration which means lots of cool mods that are easy to discover and install and some of them can become as popular as the game itself like the phenomenal Dota Auto Chess.

Dota 2 has much better support for custom mods

League of Legends features a handful of unofficial mods such as classic announcers and custom skins while Dota 2 supports full-fledged mods thanks to its integration with Steam workshop.

This gives players stuff to play in case they get bored with the main game mode. They can install a plethora of mods that include new game modes, custom campaigns as well as completely original mods such as ultra-popular Dota Auto Chess, which is super addictive.

If you want to take an occasional break from the main game Dota 2 offers a huge library of mods that offer excellent experiences many of which don't even have many similarities with the main game other than visuals.

This is a huge advantage since most of us get bored from playing MOBA games from time to time, no matter how addictive they are. And when that time comes, chances are that Dota 2 players will simply install some mods and continue to have fun inside the game while LoL fans have to play something else.