Do you struggle with creating habits and reaching your goals? Maybe you struggle with impulse spending and can't save money as a result, or maybe you've been struggling to get in shape because the delicious, albeit unhealthy, foods keep calling out your name.

We can often experience problems in reaching our goals because of the way we think about them. If we try to force ourselves into a specific habit, it's likely that we'll end up losing interest in that habit altogether. 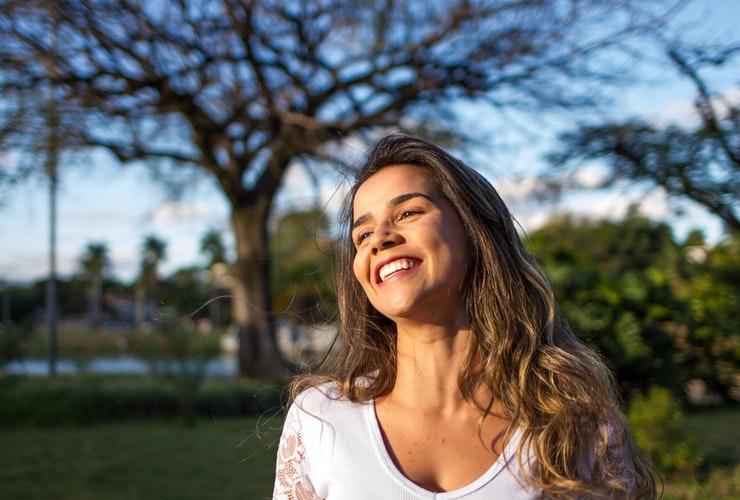 Using self discipline, we can learn how to stop working against ourselves and learn how to maintain habits in a gentler way.

Why Is Self Discipline Important?

Many of us try to rely on things like motivation and willpower when it comes to reaching our goals. We think that if we are inspired enough, or if we use enough force, we can get ourselves where we want to go. However, this kind of thinking only really makes it harder to get there.

Self discipline is what can help to keep you going even when you aren't feeling motivated. It's not something that requires brute force, but is instead designed to help you do what you can and lift you up as you make progress towards your unique goals.

Tips For Improving Your Self Discipline

When you're trying to build up your self discipline skills, it's important to begin at your own level. Don't try to match or surpass others. In fact, don't even compare yourself to others to begin with. Instead, follow these tips and adapt them to what will work best for you.

If you create a plan with set timelines and goals, it's going to be easier to take each next step rather than having to stop and think about it. Ahead of time, take your larger goal and break it into smaller, more regular goals that won't be as intimidating to accomplish.

Let's say you want to run a marathon. That larger thought can be pretty intimidating, especially if you've never done anything so active before. Instead, maybe you want to try walking a mile every other day. That smaller goal is less scary, and you can break it down as much as you need to.

Temptations can be everywhere when you need to make use of your self discipline. When you need to get to work, or convince yourself to get some exercise in, just about everything else can sound more pleasant. Even cleaning can seem more appealing! 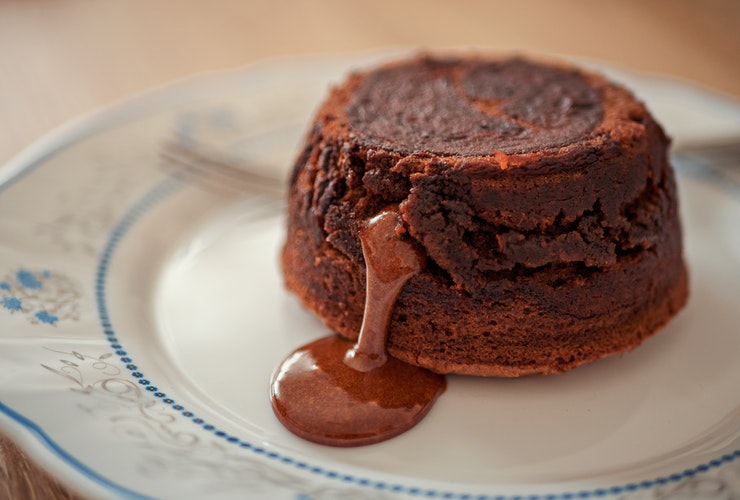 Because of that, it's important to avoid temptations as often as possible instead of making yourself fight against them. For example, if you're trying to eat healthy then it's easier to avoid buying sugary sweets when you go grocery shopping than it is to convince yourself to not eat all the ice cream in the freezer.

Humans can really struggle with the idea of working towards something that will pay off in the long run. Because of that, it can help to create more immediate results for you to look forward to. As you're improving on your goals, you can also opt to give yourself larger and larger rewards.

What is important to keep in mind is that the rewards should support your goals as much as possible, or at least not hinder them. For example, if you're trying to get in shape then rewarding yourself with junk food isn't the best option. Instead, opt for new workout clothes, healthy treats or a special outing.

Staying accountable to ourselves can be a really difficult thing. It's so easy to slip when you don't have someone else to answer to. We may think to ourselves "No one will know, I can stay in bed just a little bit longer," or "Oh, one more cookie won't hurt."

Instead, enlist some helpers who want to support your goals or even take part in them too. Keeping each other accountable can help to make temptations a little easier to ignore. In addition, you can create joint rewards that you can both take part in once you reach one of your goals.

We all have different weaknesses. For some of us, ignoring the desire for chocolate is a huge struggle. Meanwhile, others might find that limiting video game play time in favor of work is just too much to ask. 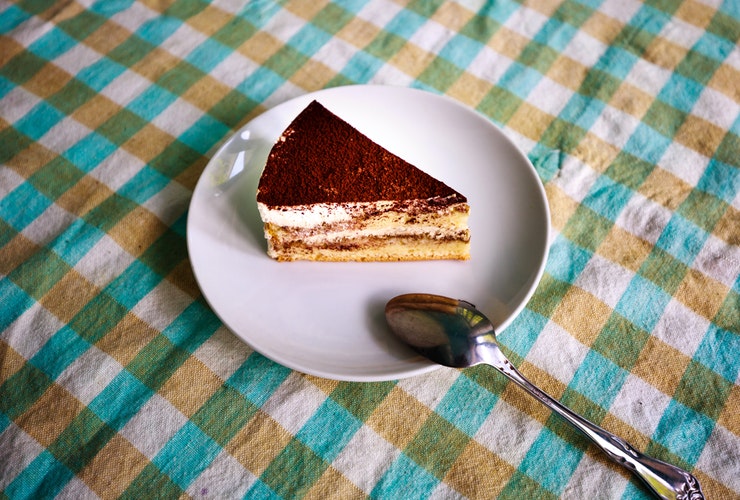 Knowing what you struggle with the most can help with figuring out how to avoid those temptations. You can begin to plan ways to keep those weaknesses from dragging you down. In time, you'll find that it's much easier to stick to the guidelines you've set for yourself.

It's hard to stay strong when you're working on an empty stomach or a tired mind. Keep yourself recharged by getting 7-9 hours of sleep as often as possible, and make sure that you're eating regularly. Not only that, but eating healthy foods can help you to feel better overall.

Even if the self discipline you're trying to build is in regard to work, eating healthy can allow you to focus better, avoid that daytime need to nap and avoid getting stressed quite as easily. Sugary foods can leave us feeling bad, which makes everything else harder.

If you over-complicate your goals, then you may end up feeling overwhelmed or confused. Instead, keep each step simple and easy and gradually add to it over time if you need to. When our habits are easy to accomplish, we're more likely to make sure they're handled.

Habits can be something as simple as putting things away in the right place when you're done using them. It's important to start where you are and then work from there. In time, you'll be up to speed and handling more complex, or harder, habits like an old pro.

When you're breaking down larger goals into short term goals, it's important to think about what habits will actually stick. For example, if you don't work out currently and want to start, not everyone will be able to stick to a habit of an hour workout a day right off the bat. 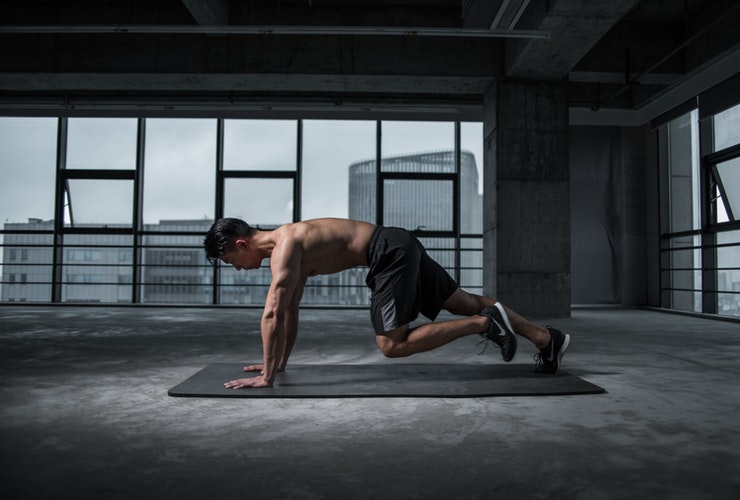 You may find that you need to start with twenty minutes, or ten, or even five. Think about what habit you'll actually stick to, as that's the most important part of getting started. Once you manage those five minute workouts, you can gradually add on more time until you reach the full hour.

Do It Even When You Aren't Feeling It

This is the hardest part of growing self discipline and creating a new habit. While you're feeling great, it may be easy to stick to that habit. That said, sooner or later we're going to have an off day. Maybe we're not feeling our best, or just don't feel like putting the effort into the task.

Doing it anyway is where self discipline comes in. This is an extremely hard thing to do, but not impossible. Remember that it isn't an all-or-nothing thing. If you can't do the entire task, do part of it. At least get started. As long as you do something, it will be more than doing nothing.

Have A Plan B

In some cases, you may need to have a backup plan handy just in case your initial plan doesn't work out. Often, this can be the case when something disrupts our schedule.

For example, a holiday party may present an opportunity to fill up on snacks and sweets. Instead, try to come up with a plan that will make those temptations less of a problem. Eat something healthy beforehand, take some water with you and maybe promise yourself a healthy treat after the event is over.

Lists are a great way to keep track of what you've accomplished, and what you're still working on. Furthermore, they stop all of the thoughts from continuing to swirl around in your head. Instead, you get them all out and you can figure out what steps to take from that point. 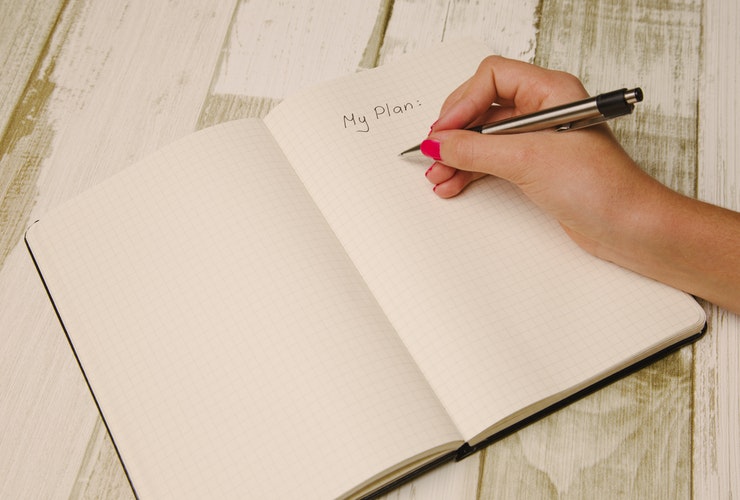 If you have trouble with remembering certain chores or tasks, then writing them down can help to keep you on track. You can easily take a look at a list and determine what you need to be working on for a given day, or goals you're working towards in a given week or month.

The best way to build your self confidence is to keep working at it. You may not always feel like you can work out for a full hour, or do all of your daily chores, but odds are you can do at least some of the tasks you set for yourself.

Rather than forcing yourself into a corner with all-or-nothing thinking, try to do what you can. Do one chore, get five minutes of exercise or write one paragraph in your book. As long as you're still doing something, it absolutely counts.