Augmented reality games are a huge hit in modern times, making daily life more fun than it has ever been before. One of the most exciting upcoming games is Harry Potter: Wizards Unite. Developed by Niantic, there are a lot of great things to be expected from this game overall!

Here are just a few!

What Is Harry Potter: Wizards Unite?

Wizards Unite is an upcoming mobile game of the augmented reality variety. If you aren't familiar with augmented reality, it's worth knowing that it combines reality and video game imagery, allowing video game characters and items to be seen in the real world using your phone. 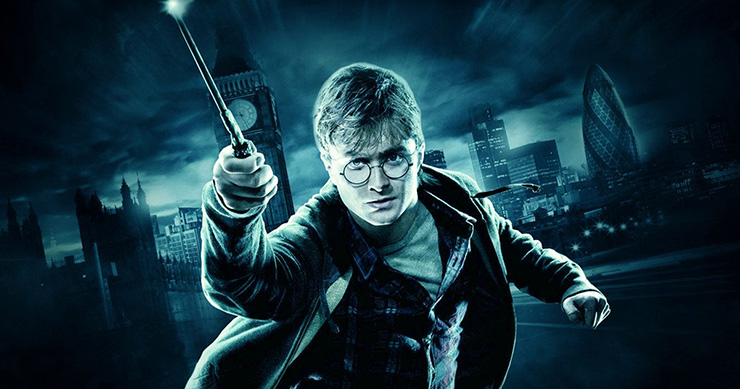 In this game, you'll be able to join other witches and wizards in protecting the world from being discovered by the rest of the world, locating Foundables and fighting off evil forces and dangerous beasts.

What You Can Expect To See In This Game

Much like the team choices in Pokemon Go, you'll find three profession choices in Harry Potter: Wizards Unite. These are made up of Aurors, Magizoologists and Professors.

Here, we'll cover the basics for these professions.

For those who are familiar with RPG character classes, the auror can be thought of as your "tanky" character. This is a profession that can deal a whole lot of damage, making them a fierce foe to be reckoned with.

Out of all of the professions, these guys are able to deal out the most damage. This ultimately makes them the most useful for those who want to go on a solo adventure more often than they want to team up with others. Furthermore, they are fantastic when squaring off against the Dark Forces.

That said, keep in mind that Aurors are not capable of healing themselves, which can leave them vulnerable. As a result, you'll want to keep plenty of health items and potions around. In addition, they aren't particularly strong when facing off against beasts, and they tend to have less than perfect defense stats.

If you're more interested in being able to take on beasts than other kinds of enemies, the Magizoologist might be the profession for you. While this may not be the most powerful role, it's one that can provide a lot of support to those you team up with, offering buffs and healing.

Additionally, Magizoologists have the largest number of spell books available to them, due to their scholarly nature. They're sure to be a huge help when you're coming up against magical creatures. Furthermore, they cover for the weaknesses of Aurors, making the duo a great choice.

However, it's worth knowing that Magizoologists don't deal out the damage that Aurors do. Instead, they are more useful in backing up other professions. For example, the Auror may not have the ability to heal, but that won't be a problem if they have a Magizoologist by their side in combat.

Some players may just want a balanced character that can do a little bit of everything. For those, playing as a professor can be a great way to go. Members of this profession have a great deal of magical knowledge, allowing them to damage and heal in moderate amounts. 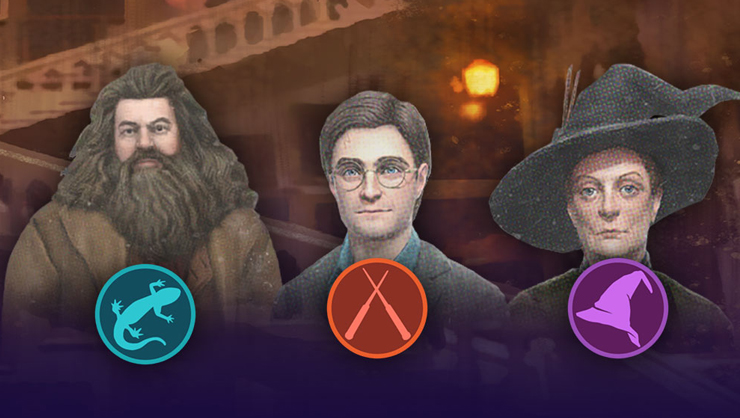 Professors are ideal for those who don't want to have to worry about large weak points like not being able to deal much damage, or not being able to heal. Furthermore, as you level up, you'll be able to help your character to become even more powerful.

If this profession is what you're interested in, then keep in mind that while they are great when facing off against curiosities, professors aren't particularly strong when battling the dark forces. Due to the weaknesses of each profession, it's best if you team up with others of different professions for a fully balanced team.

A Wide Range Of Enemies

As you're playing through the game, you'll discover that there are numerous enemies you may run into. For the most part, they are separated up into three different types: Dark Forces, Beasts and Curiosities. You may have noticed these with regard to the strengths and weaknesses of the different professions.

Generally, things like Death Eaters and werewolves will make up part of the Dark Forces typing. As you can imagine, magical creatures of all kinds will be included in the "Beast" category, and at this point, "Curiosities" are quite unclear, leaving them up for debate.

As you play, your goal is going to be to locate Foundables and return them to the wizarding world before they catch the eye of muggles, or those who don't have magic. These Foundables may include magical items, creatures or other beings that you'll need to help or battle.

Alongside Foundables will be Confoundables. Depending on the situation, the Confoundable may be something keeping the Foundable from being where it needs to be, or it may be the method you need to use to clear the Foundable Away. For example, a hippogriff may be shackled in place, while a Dementor may need a Patronus spell to be dealt with.

From time to time, you'll be able to earn greater rewards by taking on fortresses. Before you get started on that, there are a few things you'll need to know. 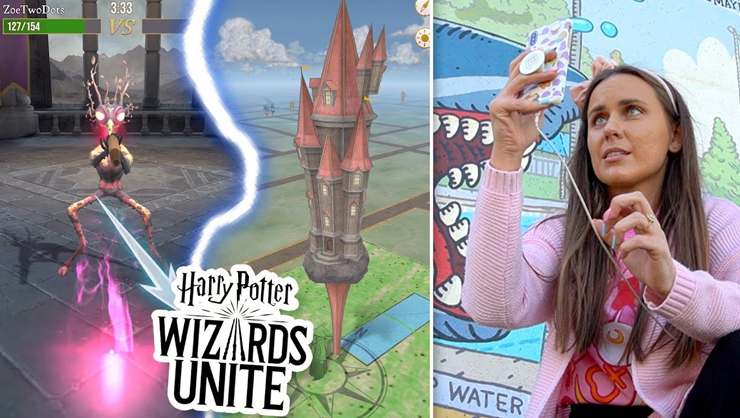 To begin with, you'll need Runestones in order to be able to open up a fortress. These Runestones will come in various levels and types, which will let you know what kinds of rewards you may receive, and what level the fortress will cover.

Before you head into a fortress, it's a good idea to make sure you have some allies. Based on what we know so far, unless you're a high level Auror with a lot of health potions, teaming up with people in other professions can be incredibly useful. As you move through the fortress, you'll find that the difficulty increases, so be prepared to fight hard!

As you're playing, you'll also see some familiar characters that will add excitement to the game. For example, you're likely to run into characters like Minerva McGonagall, Hermione Granger and even Harry Potter himself.

In addition, there will be plenty of new characters to meet and learn about on the way as well. One such example is Mordecai Berrycloth, who is just one of many you're likely to meet. These new characters can help to welcome you into a world that is more designed for modern times and locations. It's possible that those you meet may also differ based on your profession as well.

The Ability To See Into The Wizarding World

Another kind of item you're likely to run into while you're seeking out Foundables is the Portkey. For those who aren't familiar with these devices, they are magical items capable of bringing you to a given location within the wizarding world. These are the tools you will use to return Foundables to where they belong. 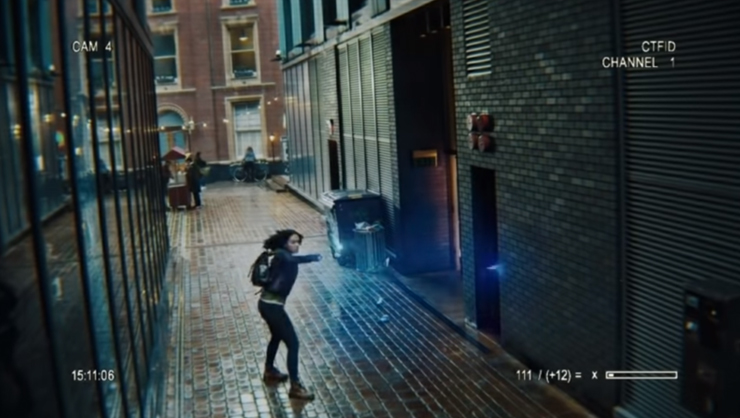 When you receive a portkey, you'll need to use it to open up a corresponding portmanteau. When you open up that portmanteau, you'll be sent to a specific location, such as somewhere in Diagon Alley, or even Dumbledore's office.

From time to time, it's likely that you'll need somewhere to rest. Things like health and spell energy might start to run low, and items or spells may not always be present to assist them. This is where Inns come in. If you're familiar with Pokemon Go, you can consider these to be much like Poke Stops.

There are a few different options when it comes to the Inns you can visit, and each will offer different meals. These meals are what you'll use to increase your spell energy. You'll get a random one each time you swipe the needed rune at a given Inn location.

While you're at an Inn, you can also set up an item known as a Dark Detector. These will work like Pokemon Go lures and bring nearby Foundables closer to you. Using that, you'll be able to keep the adventure going even when you're done spending time at the Inn.

As you might expect when taking on the role of a witch or wizard, there will also be an increasing number of spells available to you as you play. The more experience you gain, the more powerful these spells will become, allowing you to take on harder fortresses.

Some of the spell examples you're likely to come across include:

Make Sure To Check It Out!

Currently, Wizards Unite is in beta in both New Zealand and Australia, meaning that it will likely show up in other areas in the upcoming months. Make sure to pre-register and keep an eye out for information in when it will drop in your area!