About Sea of Thieves

Sea of Thieves is an action-adventure video game, or simply put a pirate game. It's developed by Rare and it's all about exploring the seas, treasure hunting, following treasure maps, and digging for treasure. You explore the seas looking for land, and on the way you face many obstacles, both natural and supernatural. You can assume different roles, like: navigation, steering, firing cannons and hoisting sails. You'll embark on many quests, where you need to collect loot, and combat other players, while the skeletons of former pirates do everything they can to protect their gold. 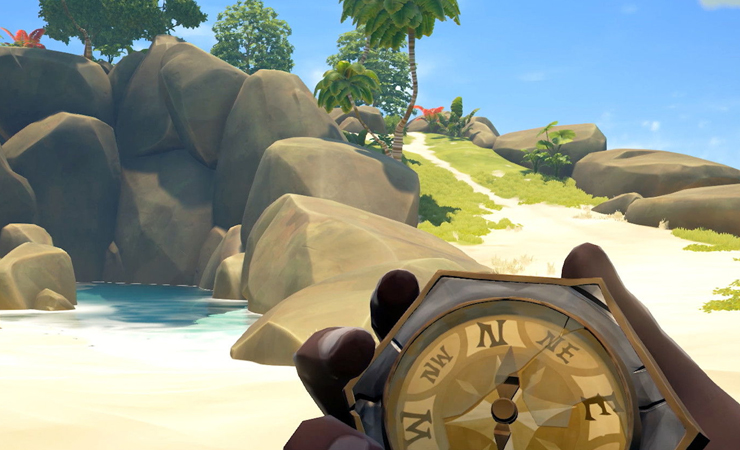 You can often expect to encounter and fight with other players since Sea of Thieves works as a shared world game.

The game is available for Xbox One, and Windows 10, so you can play it both on PC and console.

Sea of Thieves was published by Microsoft and developed by Rare. It was released on March 20th 2018 and is available for $60. Microsoft offers one more options to play the game, which is to buy their monthly Game Pass for $10 and get instant access to their game library.

How Does The Game Work?

The game combines fantasy and real life elements. It features a lively art style and includes a lot of fantasy elements. You eat bananas to restore your health, and you can be shot off a cannon to get somewhere quickly.

Voyages are the core of the game. You pick the quests from the tree given factions: the Merchant Alliance, the Gold Hoarders, and the Order of Souls, all of which offer different gameplay. 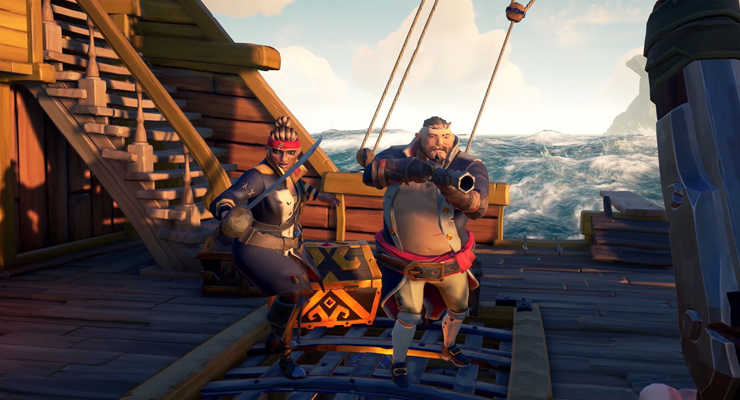 If you choose the Merchant Alliance, you'll basically need to deliver items for one place to another, all within a given timeline.

The Gold Hoarders have the map to a buried treasure, and what you need to do is figure out where it is buried, sail to it and uncover the loot.

The Order of Souls pits you and your crew against the skeletons of former pirates. The goal of the team is to get to the pirates' captain (the one with the glowing skull) and take his skull.

The point of all three is basically the same. You need to get a specific item and bring it to an outpost. If you're on a Gold Hoarder voyage, you'll need to find the treasure chest; the Merchant Alliance requires the cargo, and the Order of the Souls needs to get the captain's glowing skull.

Bring the item to an outpost and you'll be rewarded with points and reputation for your particular faction.

The Freedom of Sea of Thieves

The game is quite freeform. You have a structured form of voyages, but you don't have to stick to them if you don't want to. You have the option to wander off to different islands and cruise the sea. You can follow different treasure maps, not assigned to your voyage, or you can simply sit in a tavern and get drunk. Basically, it's a game that allows you to enjoy yourself, meet up with your friends, and basically do whatever it is you like. You can even get a chance to see the kraken, although players actually believe that it's just a few tentacles, not an actual creature hiding deep in the sea.

You can simply sail the beautiful seas, explore the islands, go on adventures and fight pirate skeletons on the way. You can enjoy the beautify designed flora on the islands including great lighting and colors. Jut find yourself a good crew and have fun exploring.

The game is best played with a crew of 2-4, so that you can coordinate and settle on a mutual plan that you'll all follow.

Starting from their launch 4 days ago, the game has gotten a lot of mixed reviews. A lot of players reported problems logging in, connecting with their friends and they were sometimes even unable to talk to them team in voice chat. 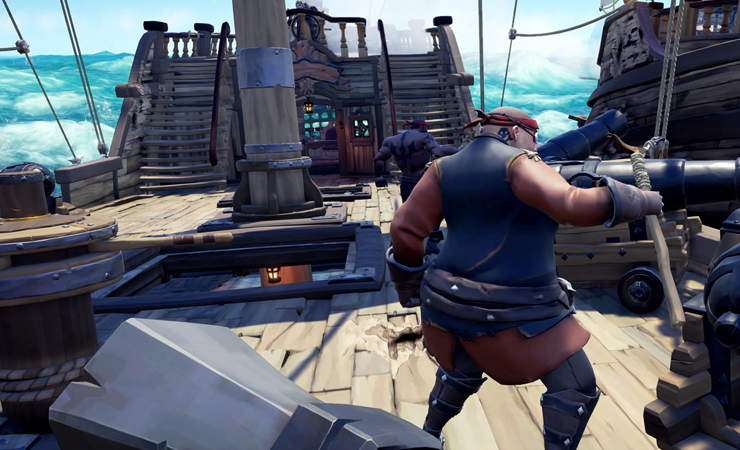 The producer of Sea of Thieves admitted that there were issues with the game, which were due to the unexpected number of players that joined from day one, and overloaded the servers.

Some of the other negative critics were regarding the content. Many said that it has the foundation to be a very interesting game and offer a great pirate experience. What most critics said was that it needs to have a greater variety of missions, ways to play and a variation of enemies, not just different colored skeletons.

Most gave the game an average score of 6.5, saying that it lacks in gameplay and needs to be fully realized. It's the stunning visuals and sailing options and mechanics that make the game as appealing as it is. Rare has acknowledged some of the game's shortcomings on their website and on social media. They are working on resolving the problems, and appreciate everyone's patience while they work through everything.