Taking A Look At The Minecraft Village & Pillage Update

Since its creation, the features and capabilities in Minecraft have only expanded.

Those of us who have been playing the game for years have seen the birth of new biomes, animals, and NPCs that enrich the worlds and allow you to have a better time both online and in single-player campaigns. 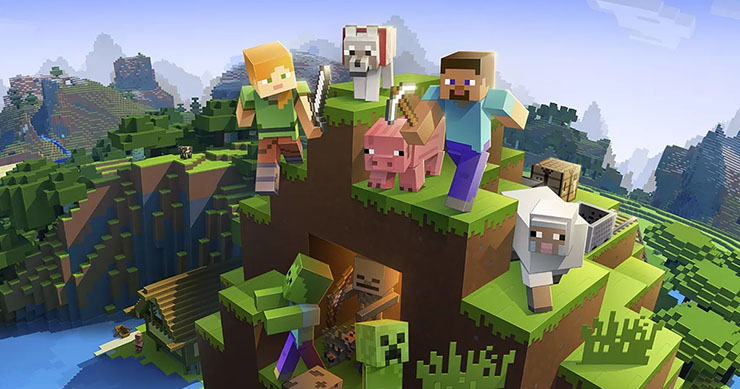 Most recently, we've seen a large update introducing more unique villages and Villagers as well as their less-colorful rivals, Pillagers.

Let's take an in-depth look into what this update can provide for you!

Villagers have largely been adored since their introduction into Minecraft. However, they haven't been the most interesting of creatures. However, a lot has changed with this new update in regard to how Villagers work as well as how you can trade with them and help their village to grow and prosper.

Villages in Minecraft used to be relatively small, and the interest of players would often wane pretty quickly due to the uniform appearance and villager behaviors.

However, villages have really changed with this new update. To begin with, villages appear to be able to reach larger sizes, although not all the ones you come across are guaranteed to be big. Each village is a little bit different with regard to size.

Additionally, you'll now find a greater variety of building types, which add a bit of flavor to the village overall. Things like small libraries, cartography spaces and more give the towns a unique flair. You're sure to want to explore every single one!

Another aspect that now sets villages apart is that they've adapted to a wider range of biomes. That means you'll find villages with different appearances in each biome, with the style fitting the biome they're in. 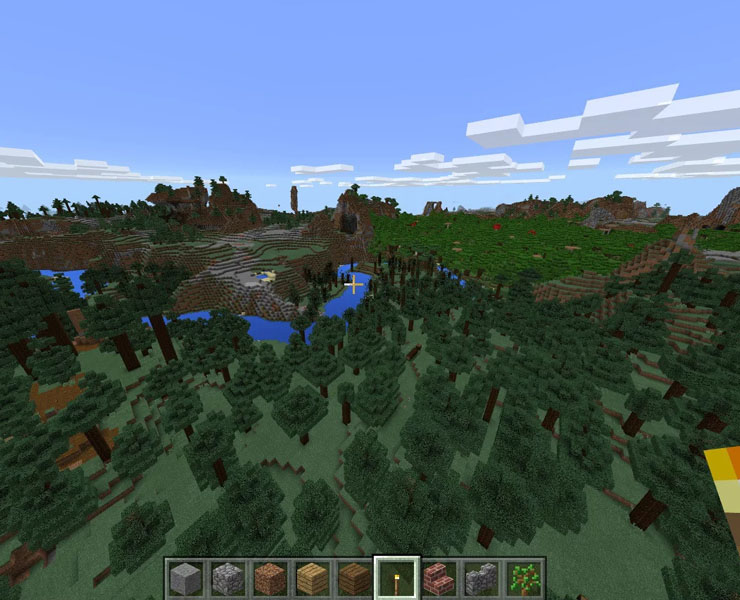 Overall, there's a lot more flavor from village to village, making them much more interesting.

In each village, you'll also notice that there are pieces of decor that add to make villages look a little more personable. With the addition of things like hay bales, looms, armor stands, lanterns, flower pots and more, villages will now look more like actual beings live there.

These aspects can also make it easier to survive if you happen to come across a village. With beds, food, shelter and tools freely available to you, it's an ideal place to live or at least hang out when you're in a single-player game.

You just may need to get used to the chorus of judgmental noises made by villagers.

If you're spending a lot of time in the towns, you may find that you want to help them expand. It's worth knowing that the key to producing more villagers is the number of beds in the village. Keep in mind that beds have to be usable, as villagers do tend to lay in bed at night, even though they don't actually sleep.

Instead, they stare at the ceiling, probably in a state of existential dread.

Additionally, zombies will still attack villages as they have for quite some time. It's always a deep loss when a villager is turned, leaving you with no option but to kill them before they attack others.

However, you no longer have to do that! The ability to cure villagers now exists, through the use of a weakening potion and golden apple. Hooray for ...science?

Remember the old days when trying to stay in a village while keeping the villagers safe was nearly impossible? Well now the game developers have instituted a couple of features that can help you to keep the people safe from harm, whether that's zombies, pillagers or anything else. 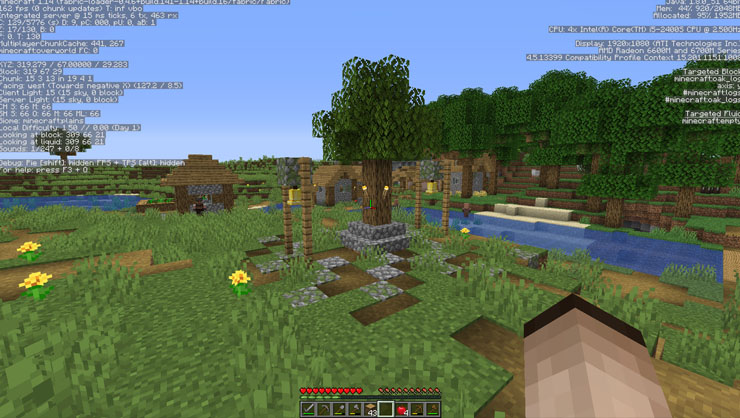 In each village, you'll be able to find a town bell. When you ring the bell, villagers will rush into their homes. This helps to keep them out of harms way while you and the town golem take on whatever the threat is, but don't be surprised if a few villagers don't listen for long.

Part of what can help or hurt that trust is town gossip. That's right, villagers will now communicate with one another about your behavior, for good or bad. Make sure to keep that in mind while you're running around the town, as killing villagers that annoy you will result in bad press!

In addition to the town bell, each town has its own dedicated protector that works to keep the village safe, fighting off mobs and pillagers alike. You can also add to the forces pretty easily by creating more iron golems using iron blocks and pumpkins.

These guys are convenient to have around. It's not all on you to take care of the village, and they don't seem to die, at least not easily! That said, one isn't always enough to keep every villager safe, so there can be a few casualties regardless.

Along with the other new additions to the villages, there are also a couple of new kinds of villagers. These include masons and nitwits. For the most part, masons are pretty self-explanatory. They're largely there to fill a hole in the professional category. 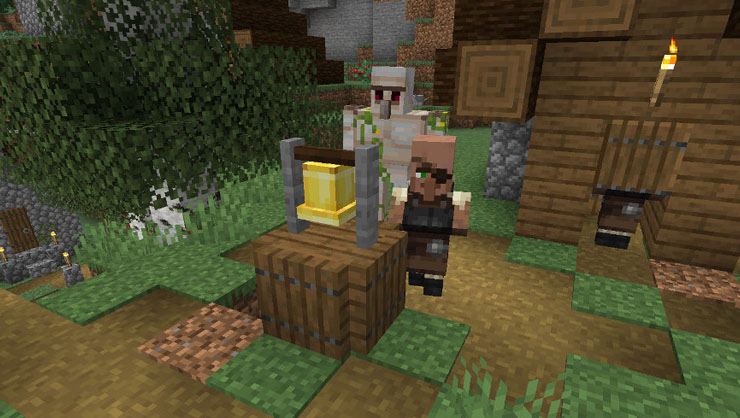 The truly unique addition to the villager population is the nitwit. This is a villager that doesn't and can't have a profession, and they tend to be a bit less aware than standard villagers.

What I mean by that is that they stay out later, making them more prone to mob attacks. If they do make it to bed, they sleep in later than others as well.

On the other end of the spectrum are the Pillagers, who will attack both you and the peaceful villagers as well as begin raids on villages if you travel into them after killing a Captain. Below, we'll take a deeper look into the Pillagers and their setup.

As you travel along discovering villages, you're also likely to notice some strange, tall towers filled with numerous unhappy faces keeping an eye on you. Unless you're fully armed and ready to fight, these towers are something you probably want to steer clear of.

The reason for that is that these are pillager outposts. If you get near them, pillagers will run up to meet you, crossbows in hand.

Even if you manage to kill off the pillagers around an outpost, they will eventually respawn as long as the outpost still stands, but they are a nice place to grab some loot in between those periods. 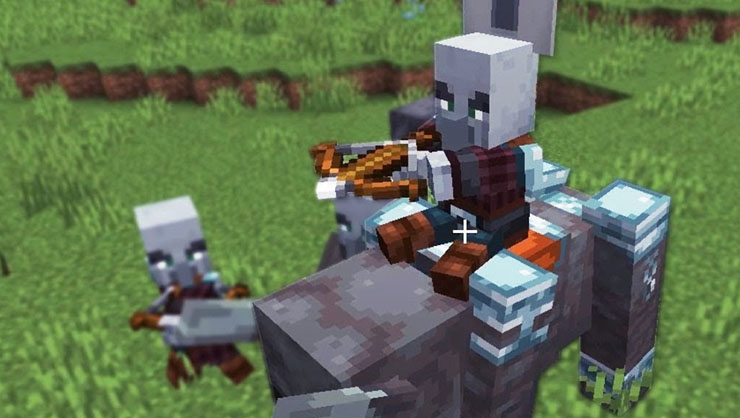 Knowing What You're Up Against

Pillagers may seem rather threatening, and they can be tough to deal with in larger groups but don't be too concerned! They can certainly be taken out or avoided, it's just a matter of learning how to deal with these frustrating mobs.

Pillagers are capable of hitting hard. They carry crossbows, which means they can also strike from afar. This can make them tricky to deal with when you don't know what to expect. Furthermore, they will follow you quite a ways, and you won't be all that safe if you head to a village for refuge.

...But Not a Lot Of Intelligence Behind It

While they do have some tough weaponry, Pillagers aren't the most intelligent of beings. They don't always have the best aim, and can be on the weak side once you get up close and personal. Just watch out, as they rarely travel alone.

Alongside the rest of the Pillagers come their leaders, the Captains. These guys can provide you with dropped banners if you manage to kill them, but you should also be wary of doing so.

Killing off a Captain can trigger something known as Bad Omen. When this happens, dangerous mobs will show up to take you out, so be prepared! You may even want to find some shelter rather than trying to deal with the brunt of the attack.

While you may not always see them, Pillagers may make use of creatures known as Ravagers. These critters have the appearance of strange buffalo, and they are often ridden and kept by Pillagers. Keep in mind that these guys are also pretty tough, so they may throw you for a loop if you try to fight one! 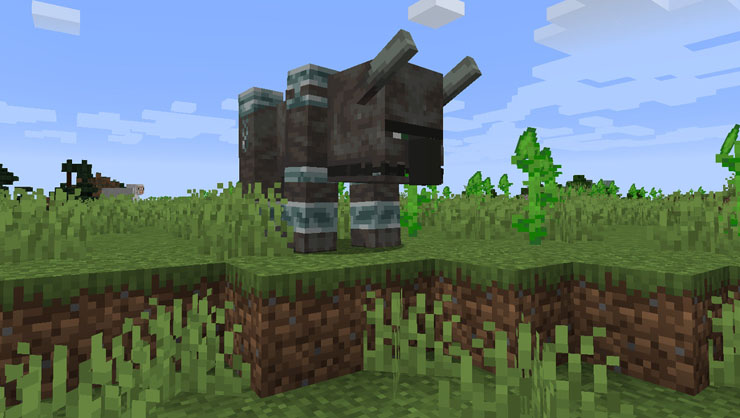 You may see Ravagers in either raids or patrol groups, and they can also be responsible for damage to certain kinds of blocks. If you see one of these powerful critters riding into battle, you know you're in some serious trouble!

If you happen to incur the wrath of the Bad Omen and head for refuge in a village, you'll soon find that the horns of an incoming raid are calling. Soon afterwards, a number of Pillagers will enter into the village, attacking you as well as any Villagers who happen to be in their path.

This is something to watch out for, as it tends to mean you'll have to fight a large number of Pillagers. Unless you're skilled with strategy and combat, this is going to be a tough situation to get out of alive. If you want to protect Villagers, don't forget to ring that bell before you hide or fight.

Another new NPC you'll be able to enjoy with this update is the Wandering Trader. This character is one that you'll be able to trade with even outside of a village. What makes this NPC unique is that he'll travel all over the nap, so you may find him in what may otherwise be the middle of nowhere.

Typically, the trades offered by a trader will be random. They usually have six options for you to choose from. Furthermore, because he's usually out in the world alone, this guy will also make use of an invisibility potion at night to keep himself safe from other mobs.

Along with the new villager setup, some new blocks have been introduced with special jobs. Many of these are going to be new, and most are blocks that players can use as well. However, you will want to be careful with them because they function as specialized blocks for the villagers.

There are some newly-added blocks that are not only useful to players (in most cases), but are also specialized blocks that signify where villagers with certain professions are supposed to work.

Some of those blocks are as follows:

As an example of how these blocks work, a villager who is a butcher will spend time throughout the day at their smoker. This is where they fill up their trading spaces. When you've purchased everything they have on hand at a given moment, villagers will usually return to their job block in order to re-supply.

Check out how you can Earn Free Minecraft Gift Codes here .

Take a look at the 10 Best Minecraft Survival Mods.