All the places you need to hit up on your way down under.

Starting from the top, where the majority of people either start or end their east coast road trip - Cairns! 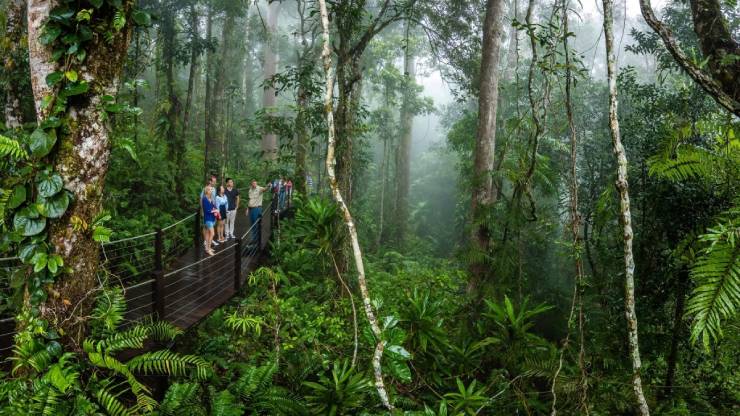 Cairns is most famous for being the gateway to the great barrier reef - the largest structure on the planet, and any snorkelers paradise. You can't miss out on seeing this incredible feat of nature, teeming with ocean life and biodiversity. You can dive or snorkel the reef, or see it from the air with a helicopter tour.

In Cairns city there's plenty to see and do in terms of nightlife, good food, museums and entertainment but when you're surrounded by such natural beauty you probably won't want to stay there long. Instead, head inland to Daintree National Forest for some seriously incredible exploration. Don't forget to pack bug spray and a camera.

Mission beach is a must visit if you're travelling through tropical north queensland. This seemingly quiet, lazy town is home to some gorgeous beaches and fun activities such as skydiving and white water rafting, and it's only two hours from Cairns.

Another three hours drive through the great green way will bring you to Townsville, a drive that you won't want to miss. Visit wallaman falls, Australia's highest single drop waterfall or boat over to Magnetic Island where you can explore to your heart's content and get an up close look at some of Australia's incredible wildlife.

Bowen is a quiet little stopover town that's around a 2 hours drive away from Townsville. It's got some impressive beaches and beautiful hiking trails and is great if you need to relax and recharge a little. 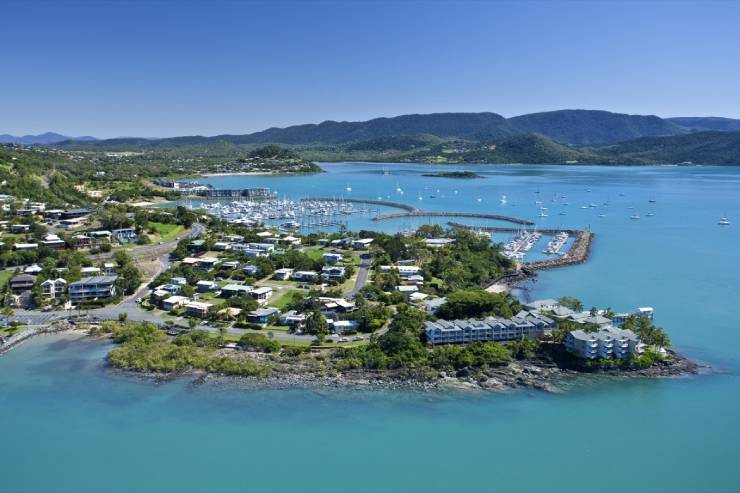 A bit further on from Bowen however is Airlie Beach - the gateway to the Whitsunday islands. There are plenty of free camping spots near Airlie Beach for those travelling in a car or van, but the real attraction has to be exploring the Whitsundays.

There are liveaboard trips available for those who want to see the islands by boat, and the whole area is a backpacker haven so you're likely to find friends. Truly unmissable.

Although not the liveliest or most popular stop on the east coast of Oz, Mackay is worth a visit anyway, even if it's just a stopover. Only 2 hours drive from Airlie Beach, Mackay is the launching point for the southern great barrier reef which you can explore by boat or if you'd rather stay on land, there are some amazing parks to visit and soak up.

Fraser Island is on every single backpackers bucket list in australia and for good reason. The largest sand island in the world, Fraser offers a whole host of natural beauty and fun times to be discovered. 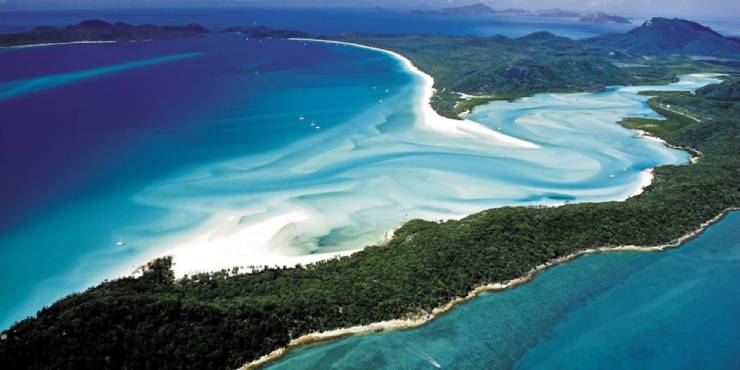 It's best to spend at least a night or two here to really explore the island, which you can do by renting a 4WD and taking the ferry across. Camp under the stars with the gentle ocean waves behind you, and then take off in the morning to explore all that this stunning island has to offer.

A 2 hours drive from Fraser Island, the sunshine coast lives up to its name. Slightly less crowded and developed than the gold coast, The Sunshine Coast has a more relaxed vibe, with plenty of long white sandy beaches, cute cafes, surf spots, and more.

Check out Noosa and Noosa National Park for even more stunning scenery and kayak the Noosa Everglades if you're feeling sporty.

The capital of Queensland has plenty to offer in terms of food, culture, art and nightlife. As you'd expect with a big city, it's a bit more hustle and bustle, but there's still plenty of places to relax - such as the southbank beach on the Brisbane River that flows through the city. 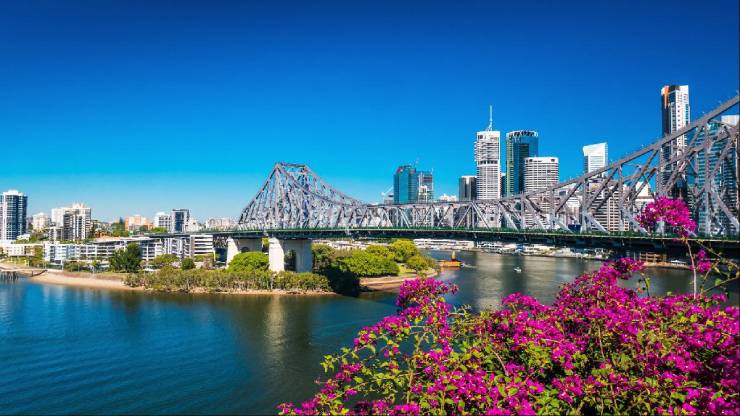 Brisbane is a great place to stay if you're looking to do short day trips to places such as Morton, Stradbroke Island, or Bribie Island.

Only an hour away from Brisbane lies the Gold Coast, a smaller city than Brisbane home to the famous Surfers Paradise. Sometimes dubbed the Miami of Australia the Gold Coast can be a bit built up, especially if you're looking for solitude in nature, but it's worth a visit just to see the amazing beaches, do a bit of surfing.

Not into the Gold Coast and looking for somewhere a bit more hip? Try Byron Bay, only an hours drive away. Byron is a favourite for backpackers and instagram influencer alike and as such is one of the most popular stops on the australian east coast.

Enjoy surfing, diving, snorkelling, hiking, kayaking, massage, yoga, an abundance of hipster cafes and clothing stores before stopping off at one of the many farmers markets to stock up on plenty of organic produce.

Head inland towards lovable Nimbin, infamous for it's drug culture and known as Australia's alternative lifestyle capital to hang out with the hippies.

Heading and hour and a half down south from Byron Bay you'll reach the sleepy coastal town of Yamba, a beautiful region with lots of beaches to surf at, green pools to paddle in and even a lighthouse to picnic at. It's a great place to stop up, refill and recharge before heading on down to the next stop.

An hour and a half away from Yamba is Coffs Harbour, most well known as the home of the "big banana" one of the surprisingly large collections of massive objects you'll be able to find in Australia. 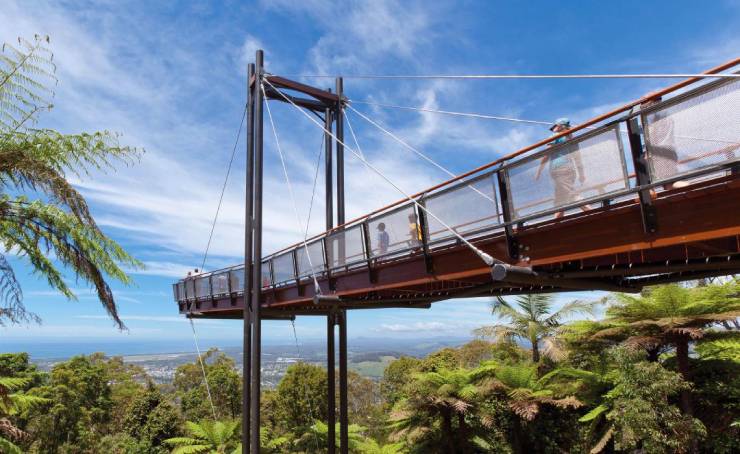 Definitely hit up Dorrigo National Park and Dorrigo falls for a peaceful waterfall swimming experience, since it's generally not too touristy. If you are feeling a bit more touristy, the big banana has waterslides and much more available for a fee, which is great if you're travelling with kids. If you're looking for an epic scenic drive, make a detour towards Bellingen to travel along the Waterfall Way scenic route, aptly named after the many incredible waterfalls you'll see along the way.

The drive from Coffs Harbour to Sydney is around 5 hours, meaning you'll probably need a stop off or an overnight rest. Where better than Port Macquarie and Newcastle. Port Mac is a quieter coastal town with some nice beaches, quirky painted rocks and if you're feeling like stretching your legs after a drive, a 9km coastal walk that'll take you round most of the areas gorgeous beaches.

Newcastle is known as New South Wales 2nd City, not as big or busy as Sydney, but definitely worth a stop if you're in the area. Surrounded by coastal national parks and plenty of photo opportunities, Newcastle is a great place to hang out, have some fun and head to the beach after a few beers.

Hooray! You've made it to Sydney, one of Australia's most famous cities, known for its incredible opera house, gorgeous beaches, lively surfing culture and steep housing prices. Of course, there's always plenty to do in Sydney and we could never cover the entire city so here's a quick run-down of the main attractions.

From Sydney to Melbourne, there's not much going on. If you want to take it slow there's plenty of places to stop off such as Jervis bay or the Mornington Peninsula.

The drive from Sydney to Melbourne is around 8 hours inland or 12 hours if you take the scenic coastal route. Alternatively, you can get there by plane in around an hour and a half. Melbourne is known as Australia's "hip" city, full of trendy bars and cafes, places to hang out and lot's of art to enjoy.

Plenty of markets, good food and groovy hostels to check out if you want to make some friends.

To finish off this crazy east coast road trip head down the world famous Great Ocean Road. It's famous for the magnificent twelve apostles, rock formations that you have to see to believe, and the driving route is one of the most incredible in the world. There's plenty of camping spots along this road, so take your time to soak it all in.

Check out some of the best places to travel if you're a teenager (fun places to go) here.