The Ultimate Guide To Travel To New Zealand

Published in Lifestyle and Entertainment on 8th August, 2019

The North Island of New Zealand is the most populated, with it being warmer and having some larger cities in it. There's plenty to do and see here, so without further ado, here are some of the top destinations you have to check out when traveling the North Island.

Northland is sometimes called "The Winterless North" because of it's generally mild climate and the fact that is the northernmost point of New Zealand The largest city, Whangarei, has plenty to do and see but you're better off heading to some of the stunning views and soaking up the temperate weather at the 90-mile beach, The Bay of Island and Cape Reinga. 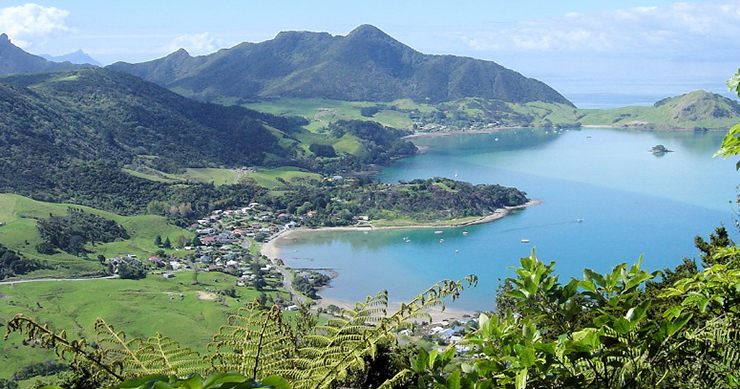 Traditionally for the indigenous Maori people of New Zealand, Cape Reinga is a spiritually sacred place, and it's easy to see why. Not only is it the northernmost place in New Zealand, but on a good day you can even see the point where the Tasman Sea meets the Pacific Ocean.

Waitakere National Parks is known for its beautiful black sand beaches, stunning waterfalls and hiking trails. The national park is home to the Waitakere Ranges, a chain of beautiful hills that you can walk through on a trail called the Omanawanui Track.

Continuing East from Waitakere is the Coromandel Peninsula, and 85km peninsula on the north island known for it's beautiful white sand beaches and the famous cathedral cove. There are plenty of natural hideaways and private spots to find some peace and tranquility in.

Rotorua is one of the most popular, and therefore most expensive destinations in New Zealand. It's a great place to see several natural wonders such as volcanic activity, geysers, mud pools, natural hot springs and gain some insight into M?ori culture.

Rent a mountain bike and explore the redwood forest, then relax in the afternoon with some hot springs and mud pools. Although Rotorua can be touristy, it's well worth it.

Tongariro National Park is the oldest national park in New Zealand and is most well-known for its famous Alpine crossing, made even more popular by the Lord of the Rings franchise and now one of, if not the most popular hiking trail in New Zealand. 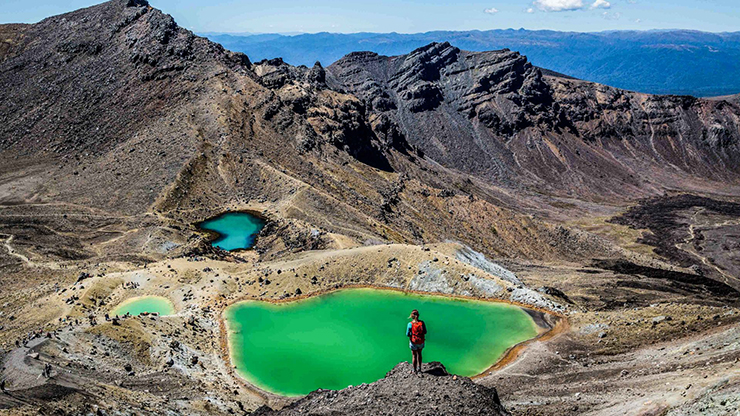 Mount Ngauruhoe is the main volcanic peak and attraction point, especially for LOTR fans. You might not get a solitary hike here, but you will get memories that stays with you for the rest of your life, so it's worth a look.

The beautiful Mount Taranaki stands isolated and beautiful and in good weather, can be seen for hundreds of miles. Like many of the peaks and valleys of New Zealand, it's beauty can only truly be appreciated in person, because it is stunning.

Mount Taranaki offers one of the best day hikes in New Zealand, and if you can brave trekking up to the summit, you'll likely find yourself with some peace and solitude. For those less experienced hikers, the trail to Pouakai Tarns is just as beautiful and a lot less risky.

Castlepoint is one of the most raved about areas of New Zealand coastline, complete with the country's best lighthouse by far. The 45-minute hike to the lighthouse comes with amazing views (and photo opportunities). Castlepoint beach is often frequented by dolphins and fur seals, so keep your eye out.

If you just can't get enough of the coastal walks and fur seals, head to Cape Palliser. Nearby the Pinnacles trail is a stunning 1-hour walk through some very unique rock formations on a trail that has been described as dramatically scenic.

Wellington is the capital of New Zealand, although not the most populous city, home to less than half a million people. Nevertheless, there's plenty to see and do here, plus it's where the ferry to the South Island departs, so you won't want to miss it.

If you're looking for some more beach time, check out Wellington's inner-city beach, hike the Makara Peak Track for some stunning views or check out the Te Papa Tongarewa Museum for some education about the history and culture of New Zealand.

Once you've caught the ferry over to the south island, the next leg of the adventure begins.

The south island is considerably larger than the north, with a varied climate and lots to do depending on what you like. As always though, New Zealand's incredible scenery lends itself to a lot of scenic hikes and outdoor activities. 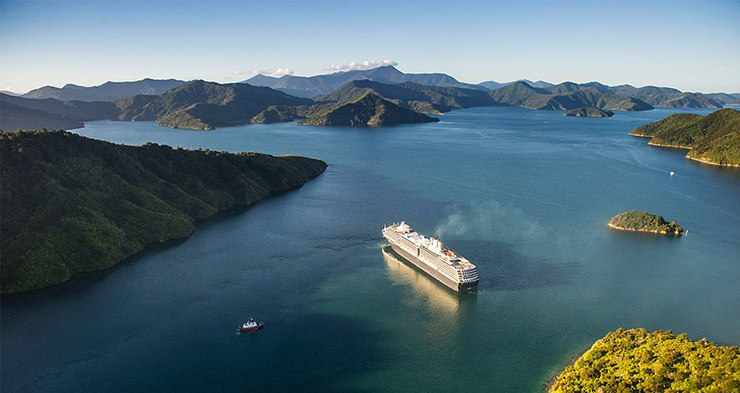 Even if you don't recognize the name, you've probably seen a picture of them at least once in your life, they are pretty spectacular. This amazing natural phenomenon was created by a combination of sinking land and rising sea levels, forming incredible valleys filled with sea water.

Looking out upon them, it's as if there's a network of hills peeping out from the ocean. There are some incredible coastal drives here, as well as fun activities such as kayaking and hiking.

Named after the Dutch explorer, Abel Tasman, this national park sits right in between Golden Bay and Tasman Bay. With stunning white sand beaches and clear sparkling water, this is a must for any beach lover.

The coastal track here is one of the great walks of New Zealand, meaning it's known for its astounding beauty. Although this means it can get busy while walking here, it's worth it for the views. However, for the more adventurous, kayak rentals can be found and used to explore the park with a bit less traffic.

Golden Bay is a shallow bay northwest of Tasman Bay and home to some stunning beaches, perfect to relax and rejuvenate. There's plenty to explore, from biodiverse marine life including seals, migrating whales and dolphins to rock pooling, natural caves, and rock arches. Nearby are plenty of places to get food, chill out and check out the local art/culture scene.

Wanaka is a popular ski town on the South Island, home to Lake Wanaka, New Zealand's fourth largest lake. Roy's Peak, a mountain in between Wanaka Glendhu Bay with a popular walking track is the key tourist attraction here. 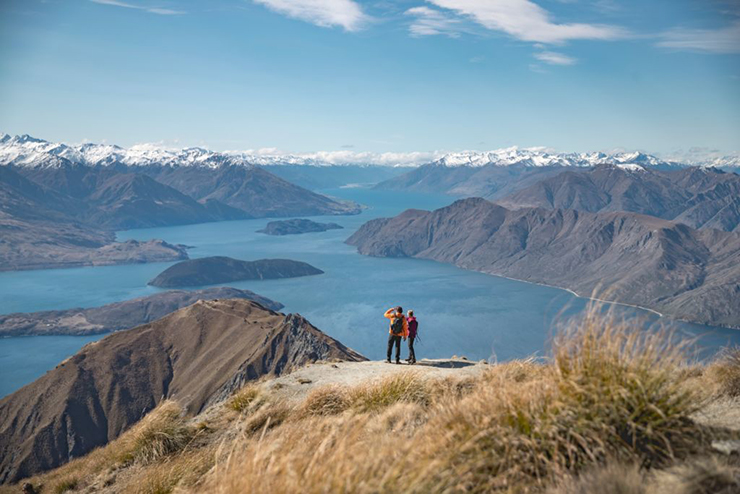 Pack snacks though because the hike up this mountain is an all-day affair. In Lake Wanaka itself is the Wanaka Tree, partially submerged willow tree that has mysteriously become Instagram famous. It's practically a rite of passage to go and take a picture of the tree and post it to Instagram, despite it being a bit overrated.

Queenstown is New Zealand's tourism and adventure capital. In Queenstown itself, you'll find a mish-mash of shops, cafes, bars, restaurants, hotels and more, while on the outskirts there are several scenic hikes.

As Queenstown is New Zealand's adventure capital, it would be remiss not to suggest trying out one of the many adrenaline-fuelled thrill rides available here. Be it bungee jumping, jet boating or white water rafting, there's something to suit every adrenaline junkie here.

Milford Sound is actually a fjord to the southwest of the South Island, and part of the Fjordland National Park. It's been voted as the world's top travel destination, and as New Zealand's most stunning natural attraction, and if that isn't enough to persuade you, I don't know what will.

You can visit Milford Sound as a day trip from Queenstown, but really it's worth an overnight stay at least, what with the many hiking trails and photo opportunities here.

The Catlins is an area to the southeast of the South Island with some incredible sights to see. The main attraction is the waterfalls, namely Purakaunui falls, Matai Falls and McLean Falls, as well as an abundance of wildlife to be spotted off the coast, such as penguins, sea lions and dolphins. 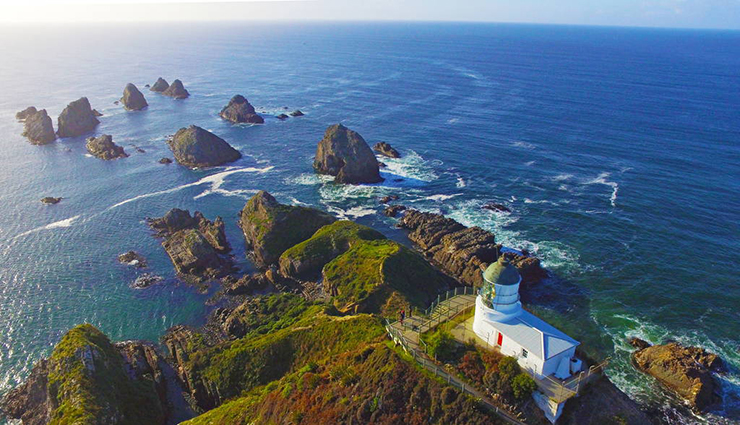 Dunedin is the second biggest city on the South Island, named after the Scottish capital city of Edinburgh (which is actually called Dun Eideann in Scottish).

Why is a relatively minor city on the opposite side of the world named after the capital of Scotland? Because it was the Scots who colonized it, and made out to model Dunedin after the City of Edinburgh. Now though, Dunedin has its own distinctive culture as a trendy beachside city, with plenty to do, see and eat.

Hike up to Mount Cargill or drive along the Otago Peninsula, explore the city and enjoy some amazing food among perfectly preserved Edwardian architecture. If you're a fan of scenic views, definitely check out the Taieri Gorge Railway for some laid-back sightseeing.

Last but not least, make sure to stop off and Mount Cook National Park. Mount Cook itself is New Zealand's tallest mountain, but if you're not quite ready to scale a mountain, there are plenty of short walks in the area, perfect for chilling out and enjoying the view.

Travelling New Zealand On A Budget

Hostels are the go-to for many budget travelers, not only as a way to save money on accommodation but also to make friends. There are plenty of hostels in New Zealand, but much like Australia and Europe, they can still be on the pricey side, averaging around $17 a night, with no free breakfasts.

However, in some hostels, you may be able to exchange a few hours of work cleaning the dorm rooms in exchange for a free bed. They are also an excellent way to meet fellow travelers, particularly if you're the sociable type.

WWOOFing is a popular option for budget travelers, particularly if you're the outdoorsy type. It's an excellent way to save money, make friends and explore the culture of a country. 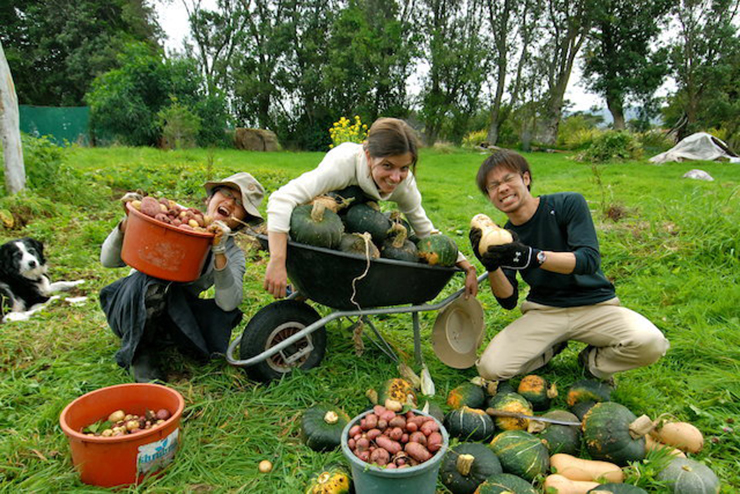 Essentially, you volunteer on an organic farm, usually for around 4-5 hours per day, and in return, you have food and accommodation provided. The quality of WWOOFing opportunities varies, but there are quite a few in New Zealand, so it's worth checking out to see if anything takes your fancy.

Campervan travel is big in New Zealand, it's easy to see why - you've got your accommodation and travel all rolled up into one, plus you never have to sleep in anyone else's bed.

Free camping is available in New Zealand, but you'll need to have a "self-contained" campervan - aka one with a toilet. There are plenty of these around, but they are more expensive than buying a car for example. Nevertheless, if you're going to be in New Zealand for more than two months, having a self-contained campervan is an excellent way to save money, get around and have a bit more comfort and privacy.

Check out the ultimate Australian East coast road trip (Things to do in Australia) here.