Mega Evolutions, Z-Moves And Dynamax - Which Is Best? (Pokemon Sword And Shield)

Then, we saw the introduction of Z-Moves in the Alola region, giving unique flair to special attacks. 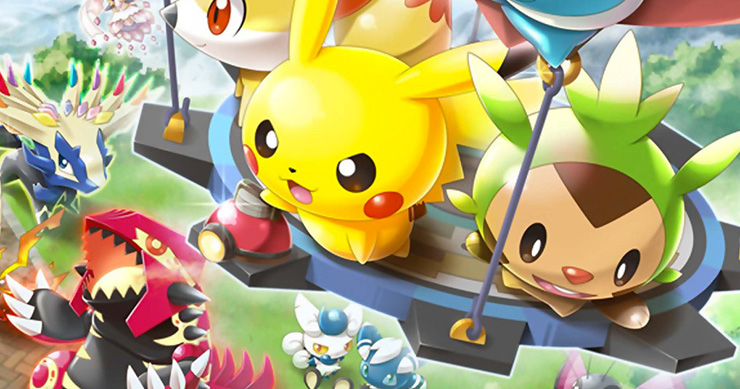 Now, we look forward to the Pokemon Sword and Shield games and their use of Dynamax. This can lead Pokemon fans to wonder, which ability is best?

Think about your own personal favorite, and continue on to learn about the pros and cons of all of these abilities, and which one we think is the greatest!

When mega evolution was introduced, it definitely made ripples among fans. The capability to reach a level beyond Charizard or Mewtwo was an exciting thing, even on a temporary bases.

Let's take a look into exactly what mega evolution entails, and how it can improve your game play and battling.

What Are Mega Evolutions?

For those who aren't familiar, mega evolutions are temporary evolutions that only some Pokemon can achieve.

There are about 48 Pokemon that are capable of mega evolution, including starters like Blastoise, Charizard and Venusaur as well as Lopunny, Beedrill, Alakazam and more.

In order to initiate a mega evolution, the player has to have a key stone as well as the mega stone that matches the name of the Pokemon they intend to use it on.

The Pokemon then evolves into a new form for the duration of the battle. Only one Pokemon can do this, one time during a battle.

Where Do We Find Mega Evolutions?

Mega evolution can be found in Pokemon X and Y as well as Omega Ruby and Alpha Sapphire. 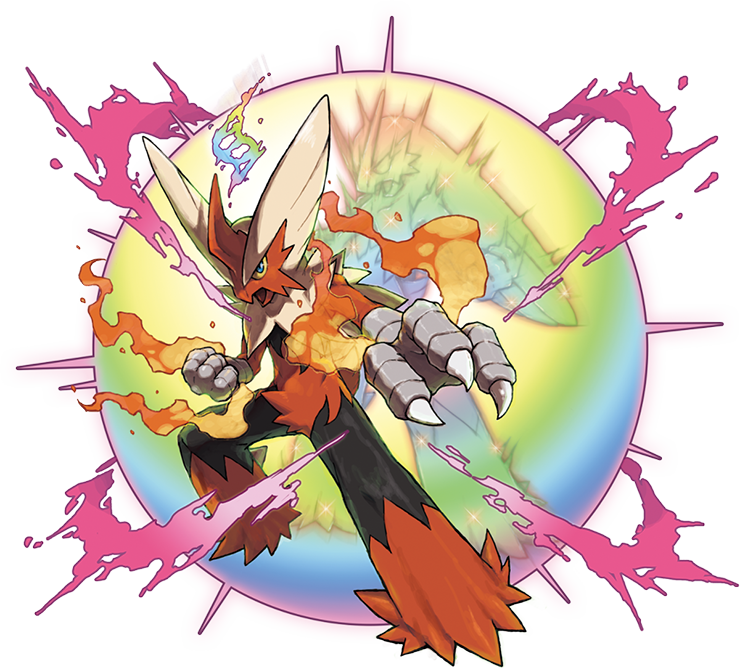 In some cases, you may want to transport Pokemon that can mega evolve to other games, but it's quite tricky, and remember that these Pokemon cannot use Z-Moves in addition to mega evolution.

There's no denying that mega Pokemon are simply cool. There are a lot of advantages that come with being able to evolve your Pokemon to the mega level.

When Pokemon mega evolve, they get a boost to their base stats, ultimately making them more powerful. The added points are inputted differently, meaning that not all mega evolutions are going to be created equal.

However, it does make strong Pokemon even stronger, and it makes a few weaker Pokemon more viable in battle.

Furthermore, Pokemon typically mega evolve prior to making any moves, and they are capable of doing so regardless of the status conditions they may be experiencing.

That means that your Pokemon can pretty much use mega evolution as long as they haven't fainted beforehand.

While mega evolution can be an incredibly useful thing, it would be over-powered if there weren't a few drawbacks. However, you can often expect that the positives outweigh the negatives most of the time.

Something to keep in mind is that mega evolution is limited. You can only use it once in the entirety of a battle with a single Pokemon. While that might seem like a bummer, it does help to keep things in balance during competitive battles.

Furthermore, mega evolution isn't going to result in turn order changes. If your Pokemon becomes faster than the opponent when it wasn't before, it won't suddenly start going first.

Mega evolution can also sometimes become problematic when it results in Pokemon that are just too powerful, such as mega Rayquaza. That can result in problems with competitive balance, though it can be fun when you're just blasting you're way through the game.

Z-Moves began as part of an introduction to a land in the Pokemon universe where things are done differently. Z-Moves replaced mega evolutions and trials replaced the standard Pokemon gyms. 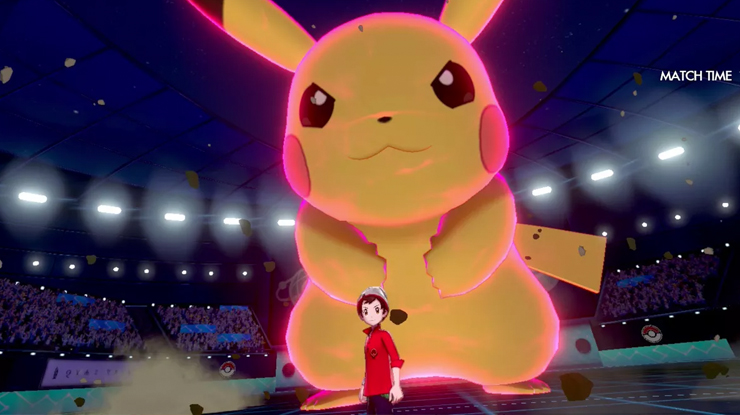 In addition, players even had to learn dances to make use of this special battling feature, giving it a touch of humor in what might otherwise be a deeply intense battle.

Z-Moves are specialized moves that every Pokemon can use. There are Z-Moves available for every type, and you get to choose which Pokemon you use a Z-Move with.

When you choose the Pokemon you want to use the Z-Move, you need to make sure they have the correct Z-Crystal. Additionally, the player needs to have that type unlocked on the Z-Power Ring.

When the Pokemon uses the Z-Move, the player has to do a special dance based on the type of attack the move is. Each type will have a different dance, which the player learns as they travel the islands in Alola.

Where Do We See Z-Moves?

Z-Moves are largely featured in Pokemon Sun, Pokemon Moon and Pokemon Ultra Sun and Ultra Moon. Due to the leap from the Nintendo DS to the Nintendo Switch, it's uncertain if we'll see Z-Moves in any future games going forward.

Z-Moves are built on some of the same concepts as mega evolution, but in a much more limited way. Rather than a Pokemon becoming entirely more powerful, they instead get to use a single, powerful attack.

This allows Pokemon more power, without over-powering them too much.

Another fantastic aspect is that unlike mega evolutions, Z-Moves can be used by any Pokemon. 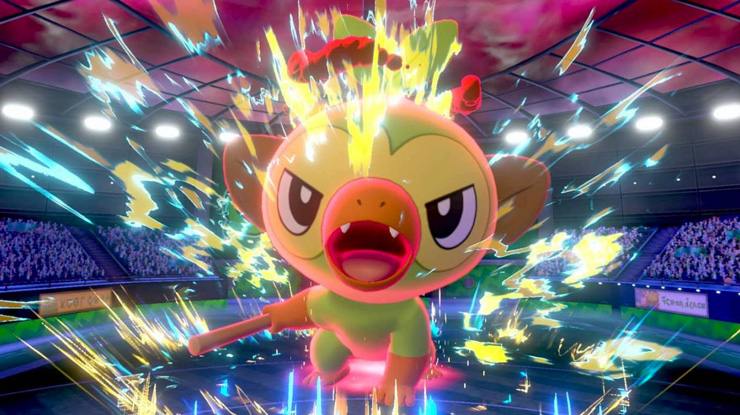 It's just a matter of making sure they have the correct Z-Crystal. Ideally, you'll want that crystal to match the Pokemon's type as well as the type of attack you want them to use.

Because of this, weaker Pokemon can use Z-Moves to become more viable, or strong Pokemon can become even stronger with the addition of a Z-Move.

Furthermore, if you have more than one compatible attack for the Z-Move to borrow PP from, you can choose which one the attack should borrow from.

Like other special features, Z-Moves are very limited. This is both good and bad, because those limitations can help to keep things balanced for the sake of competitive battling, but sometimes players may just want to superpower their way through the games with as much strength as possible.

In the same vein, there are limits that keep Pokemon that are already incredibly powerful from using Z-Moves. These include both Primal Pokemon and those that have mega-evolved.

This is really just another way to keep things in check, avoiding Pokemon that are ridiculously over-powered.

It's also worth keeping in mind that Z-Moves do take PP away from your Pokemon's standard attacks. Often, each Z-Move will be connected to a certain attack of the same type.

So if you're out of PP for that standard attack, it will mean that you have no PP for the Z-Move as well. Some may also just find the concept of Z-Moves underwhelming.

At this point, Dynamax is a mysterious upcoming ability that will exist in Pokemon games not yet released. It involves turning your favorite Pokemon into Kaiju-like beings sized well beyond the norm. We look forward to seeing exactly how Dynamax is going to play out in-game!

Dynamax is a new special ability that allows a Pokemon to grow larger temporarily. At this point, it's uncertain, but likely that all Pokemon can use this capability, within reason. 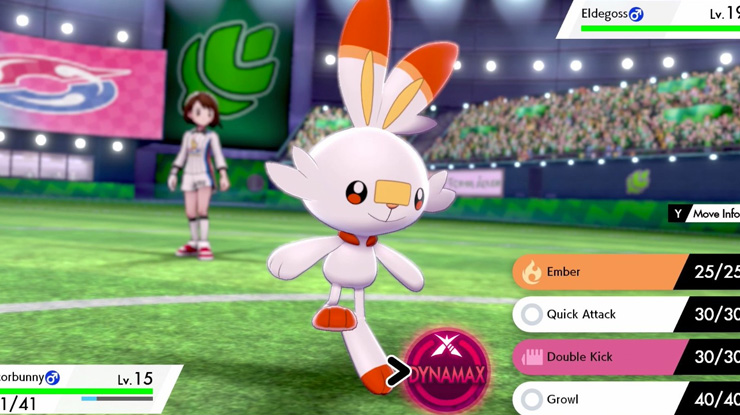 Like the previous special abilities, the player also needs a special Dynamax Band in order to initiate the Dynamax.

When a Pokemon is Dynamaxed, it becomes larger and more powerful for three turns. Because of that, it's going to be something to use with a decent amount of strategy. Like the other abilities, it can only be used once per battle as well, so make your choice carefully!

Where Will We See Dynamax?

Dynamax is going to show up in the upcoming Pokemon Sword and Shield games, which will be released November 15th, 2019.

Feel free to pre-order, or make your purchasing plans for when the game is released in order to experience the full capability of Dynamax Pokemon.

There is less known about Dynamax Pokemon than there are about previous special abilities, as the games featuring this ability have yet to be released.

However, at this point there are a few benefits and downfalls that you can take note of to plan for your future Pokemon Sword or Shield playthrough.

To begin with, who doesn't love seeing gigantic versions of their favorite Pokemon? It's like Godzilla, but with Pikachu, Charizard or even Wooloo!

While it's not a crazy evolution, there is something charming about the idea of a gigantic, adorable or super cool Pokemon.

As you may expect, Dynamax Pokemon also get a boost to their stats, allowing them to be more powerful while they get a size increase. Essentially, this makes them a lot like mega evolutions, but without the actual change in shape, only a change in the Pokemon's overall size.

Much like other special abilities, Dynamax can only be used once during a battle. This is something many Pokemon fans are likely to expect, given the idea of keeping things balanced. 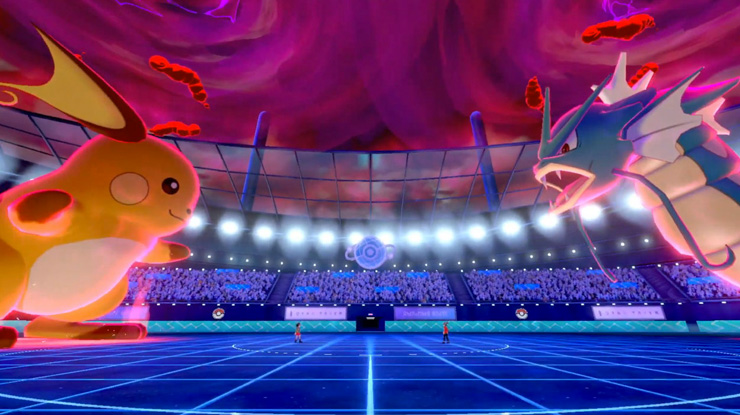 However, what you may not expect is that Dynamax only lasts for three turns, making it more limited than mega evolution, but less than Z-Moves.

Furthermore, Dynamax can only be used in specific areas. While this might seem disappointing, it does kind of make sense that gigantic Pokemon can only be allowed in certain areas.

Typically, this would include spaces like gyms and probably some other areas for important battles.

Some who have experienced the past special abilities in Pokemon may also wonder why the abilities seem to be continually shifting, or why the choice this time around is giant Pokemon.

Whether you like them or find them to be a bit reminiscent of Pokemon Go, there are many other things to be excited for with these upcoming games.

Depending on how you view Pokemon as a whole, you might prefer one of these abilities simply due to the charming nature, cool evolutions or something else entirely. Meanwhile, others may choose to really crunch the numbers in order to find out which is really the most powerful.

There are certainly aspects to like for each special ability, and they all strive to add power while limiting that power to a reasonable level through time and use limits.

That said, there's something incredibly cool about the ability to evolve Pokemon beyond their typical limits.

Mega Pokemon will always be cool, but it's uncertain whether or not we'll continue seeing them in the new games adapted to the Nintendo Switch.

Because of that, it's going to be worth getting to know the concept of Dynamax, and learning how it can bring your Pokemon battles to a whole new level.

What Do These Features Mean For Competitive Battling?

Every time a new special ability rolls out for Pokemon, it tends to mean that those who enjoy battling Pokemon on a competitive level need to determine how those new abilities are going to play into the scene.

This includes ranking abilities and Pokemon in order to keep things fair. 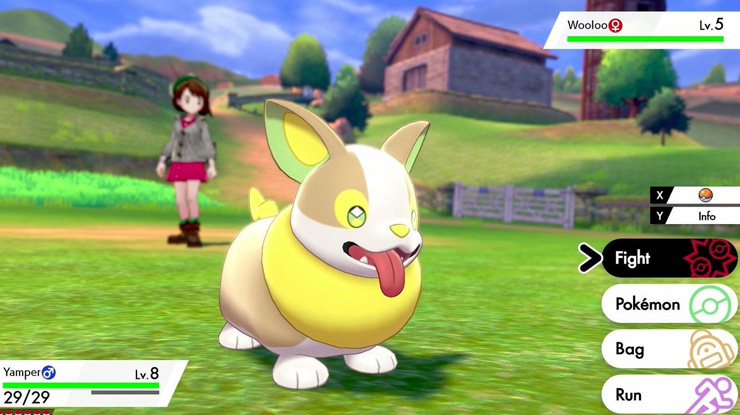 Competitive battling is also often why these abilities are limited. It's designed to keep things balanced, allowing Pokemon to continue to be used competitively without being too powerful.

Extremely powerful Pokemon may be fun, but they end up not being used on the competitive scene. Naturally, game developers want Pokemon to be used.

Because we are now starting to see this third unique battling ability being rolled out, it can leave fans to wonder what else the game developers might come up with.

Perhaps there will be unique items similar to mega stones, but that can evolve Pokemon into more than one temporary form.

It's hard to say what exactly we'll see next. It's unlikely that anyone could have imagined Z-Moves before they came into existence. What we do know is that whatever happens next, it's sure to be fun and creative! We look forward to seeing what the future of Pokemon holds.

Check our aticle about turning sleep into a game with pokemon sleep here.