The Most Popular Games For Girls

Girls Vs. Boys in The Gaming World

For many years gaming was seen as a "boys only" turf, and it's still a kind of a boys' club, but a lot of things are starting to change, and the number of girl gamers and professional streamers on Twitch and on YouTube is rising, not to mention that a lot of people's thoughts are changing as well.

If you want to find out what girls play these days, you can basically see what's popular right now, and you'll realize that both girls and guys are playing the same games. 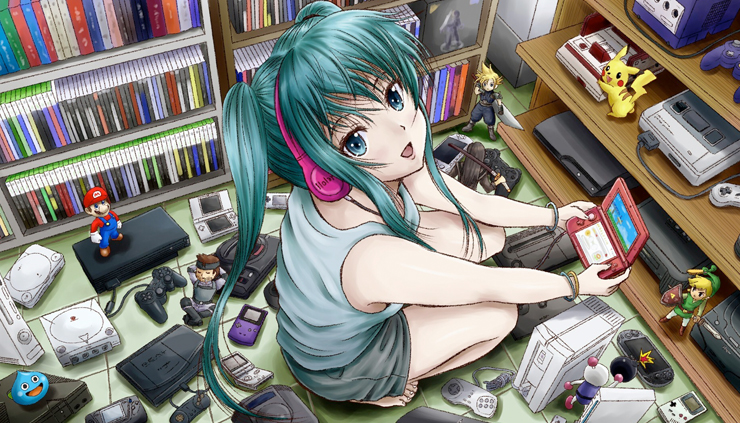 There are a few fields that guys are more interested in than girls, and vice versa, but there are some games that all of us in the gaming community enjoy and love to play. A good example of that would be the numerous Twitch and YouTube stream accounts that show both males and females playing their favorite games, and sharing tips and strategies with the community, and their devoted fans.

Which Games Are More Popular Among Girls?

Unlike popular belief that visual novels, dating games, sims and mobile games have a greater percentage of girl players, in my experience both guys and girls are interested in sims and a lot more girls are becoming increasingly fond of story-driven RPGs, MOBA and MMORPG games. Studies show that more than 36% of high fantasy MMO gamers are women.

Some of my personal preferences include: RPGs, Survival and FPS games, but let's see if this is true for other girls as well.

Here are some games "games for girls" that seem to attract more female audiences that male:

Star Stable is a MMORPG horse game online filled with numerous adventures and mysteries. You can ride your horses and take care of them. The game is set on the exciting island of Jorvik, in a world build especially for those who love adventure, horses and role playing games. The thing that draws a lot of players to it is that they have the chance to talk to each other, help each other through difficult challenges and go on adventures together. 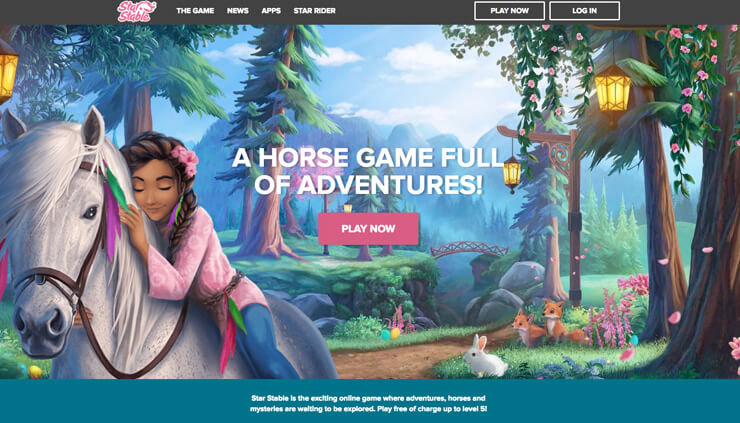 The game grows constantly and players have the chance to go on a lot of different and new adventures and have competitions and races as well. The best thing about the game is that it's updated each week, and it always offers new and exciting challenges designed for great riders.

Just Dance is a very popular rhythm and dancing game, developed back in 2009 by Ubisoft and inspired by Lady Gaga's song Just Dance. The game is designed for multiple players and features a lot of popular songs with their own choreographies that you need to follow.

The way the game works is the players mimic the moves actors preform on the screen and get awards for their accuracy. The game works both with camera devices and motion control. You can also download the Just Dance Now app and play on your smart devices.

It's the perfect life simulation game to express your creativity and customize your Sims as you want, as well as build them perfect homes to live in. You can create different personalities for them and see how the game works out for your characters. You can create challenges for your Sims as well, like, for example, create a single Sim and make sure his or her family last for 10 generations. 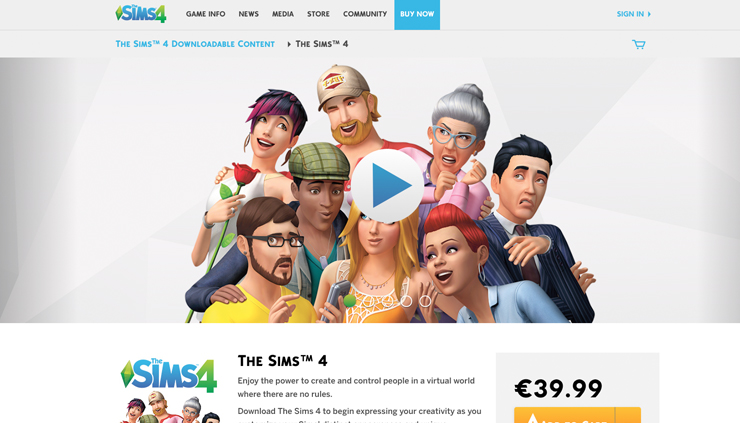 The game offers a lot of possibilities. You have a lot of available designs for their homes, a lot of different hairstyles, hair colors, skin colors and different body shapes you can choose for your Sim.

The game is really popular among girls and boys as well.

Popular Games Among Boys and Girls

Girls play almost all games, although there are some genres that are not really popular among females, and some of those would definitely be sports and racing games, where less than 2% of gamers are girls.

Other than these few game categories that girls don't seem to be that interested in, here are some that have a lot of female players and streamer. The list includes some of my favorites as well, so I hope you like it.

There are a lot of female LoL streamers, as well as a few Hearthstone, CS:GO, Stardew Valley, and Overwatch players who are female. We have to mention Fortnite as well, as the most popular game in the world right now, regardless of gender.

Let's go over a few of those games that are usually associated with boys but are actually really popular among girls as well.

Believe it or not, around 48% of Dragon Age: Inquisition gamers are actually women.

Dragon Age: Inquisition is the third action RPG in the Dragon Age franchise. The game was developed by BioWare, and released in 2014. It's available for Xbox 360, Xbox One Microsoft Windows, PlayStation 3 and 4.

The way the game works is you choose a race at the beginning of the game: human, elf, dwarf; then you choose your appearance and gender, as well as class: warrior, mage, or rogue and you receive special abilities according to your choice.

In Dragon Age: Inquisition you can engage in combat, explore the wilderness, plan attacks and develop plans that directly impact how the plot of the game develops.

Simply put Minecraft is about placing blocks, building all kinds of objects and going on a lot of interesting adventures. The game was developed by a Swedish game designer, Markus Toivonen and released back in 2011. The game is still very popular among both girls and boys. It includes a lot of super fun activities, like resource gathering, exploring places, crafting, and even combat. There are a lot of maps and modes available. Some of those modes include: survival, creative, adventure and spectator mode. 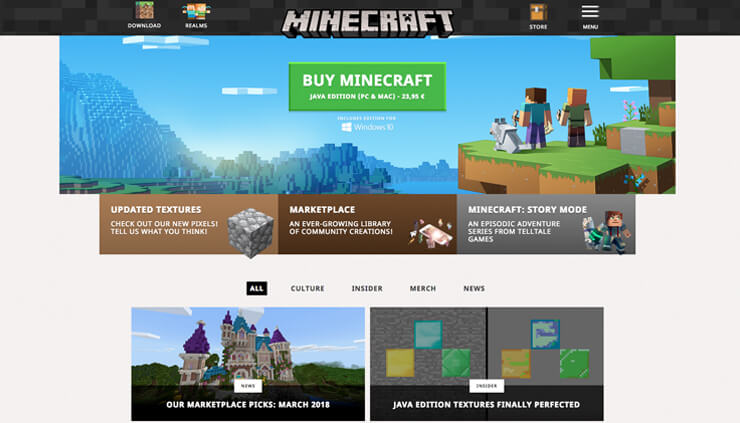 The players don't really have specific goals that they need to achieve, which gives them freedom to do whatever they want, and spend their time as they wish.

By 2018 it became the second best-selling video game in the world, with more than 144 million copies sold.

Call of Duty is a FPS game franchise, that was first released in 2003 and was only available for Microsoft Windows, but later expanded to handhelds and consoles. The game is staged in multiple locations: American, British, and Soviet territories.

Each mission has series of objections that the player must complete in order to get to the next mission. The players use authentic WW2 weapons. They have 2 primary weapon slots, and a handgun slot. They can also carry ten grenades. Players can exchange weapons with those of dead solders. The game's focus is the battlefield, where unlike many FPS games, the players move in a team rather than going alone.

Another quite popular game among female players and streamers is Assassin's Creed, which is an action-adventure game that depicts the struggle between the Assassins and the Templars.

The game is presented in an open world environment. The missions follow the main story and usually assign the player a public figure to assassin or finish a covert mission. The game focuses on stealth and parkour, and the players usually have to jump from rooftops, run and climb sides of building, so they don't alert the guards.

In order to fix their mistake Square Enix developed a whole new reboot of the game, and created a completely different and infinitely better game.

The game shows a world where players can interact with each other, create and customize characters and choose between different game worlds. Players fight their enemies using weapons, skills, and magic, and most of the battles request a specific number of players. They can gain experience and points as they progress in the game.

The list of games I mentioned above is a pretty general one, and includes only those games where there's a big percentage of female players. This doesn't mean that girls aren't interested in other genres too. There are a lot of girls who like first person shooter games or hack and slash games, although most gravitate more towards fantasy and role playing types of games.

There are a lot of popular mobile games, like Candy Crush Saga that actually have more female players than male, although when it comes to PC and consoles studies show that role playing games are the ones to attract a larger percentages of women than any other category.

The bottom line is that both girls and guys like the popular titles that everyone is into now, and when it comes to games, gender doesn't play a big role in deciding which game to play, which means that terms like "games for girls", or "games for boys" will no longer exist.