Published in Gaming on 4th September, 2019

With games out there like the Resident Evil series and their remakes, Days Gone and Man of Medan, what could a game about teenagers possibly bring to the table? It's a valid question, and one that The Blackout Club has an extremely creepy answer to.

If you prefer to be surprised, keep in mind that this article will go into the details of this game's special feature. We'll try to avoid any serious spoilers, but we will disclose essentially how the feature works. Continue on to discover exactly what makes this game one that will go down in horror video game history. 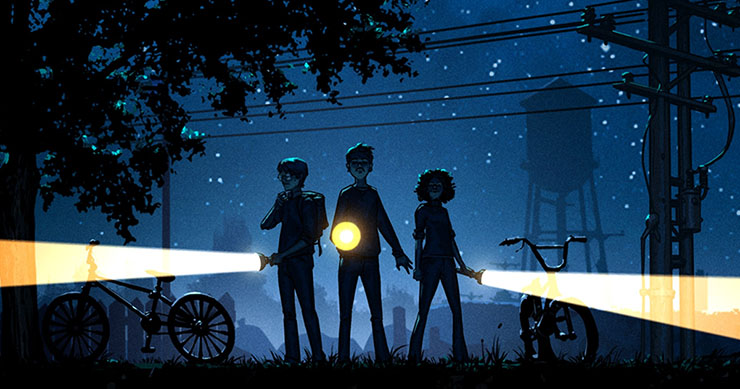 What Is The Blackout Club?

To begin with, this is a horror game. That said, it is quite similar to other horror games like The Forest and 7 Days To Die in which you can enjoy cooperative play with up to three other people. Having some allies along can make a frightening journey a little less intimidating, after all.

Additionally, missions you go on are generated in a procedural way, which means you'll never know what each night is going to bring. There's no doubt you'll need to stay on your toes in order to make it through each one without losing any of your teammates.

Furthermore, obstacles you face will have a variety of solutions. This allows players to think more creatively when it comes to getting around (or through) a problem. You're sure to find that different paths can create unique stories.

Plot For The Blackout Club

In this game, you're one of several teenagers in a small town experiencing strange blackouts. By day, you're usually perfectly fine but at night you've been losing track of time. Sometimes you wake up with scratches or dirt with no source, and in other cases you lose a day or more.

When you discover that you're not alone in your nighttime experiences, you and a few other teenagers team up to figure out why this is happening. The more you explore, the stranger the situation seems to become.

As you move through mysterious areas within the town, things prove to be more dangerous than you might have expected.

Then, it happens. Your best friend seems to disappear into thin air. Combined with some strange adults who want to get rid of you, this is a mystery that needs to be solved, and it's up to you to get to the bottom of it.

What Sets This Game Apart From Other Horror Games?

If you've played a number of horror games, then you may be wondering what makes this one different. How could a game where the protagonists are teenagers possibly be all that frightening? It's a fair question, and one worth asking before you decide to try out this game.

The answer to that lies within a feature known as the Enhanced Horror System. While other games might only rely on surprises, gore and terrifying imagery to get the fear across, The Blackout Club uses a system that actually involves the player.

With the help of your voice and your microphone, you can add a whole new level of fright to your time spent playing. It really creates a personal focus that allows you to feel immersed and allows you to actually talk to beings within the game. Did we mention that it's all being done live?

What Is The Enhanced Horror System?

I'll offer you a brief overview of what the Enhanced Horror System does, while trying to avoid any serious spoilers. However, keep in mind that you can check out the system in a more in-depth way on the official website for the game, but it will contain deeper spoilers.

Essentially, when you opt to make use of the Enhanced Horror System, you allow the game the ability to listen to you. It may only listen, or your voice may be recorded depending on the situation. This process allows you to speak to certain kinds of beings within the game itself.

You will then also be able to receive messages from those beings, which can show up textually and in audio formats, so you may want to wear your headset at all times! You never know when you might be contacted by one of these "voices", so it becomes even creepier!

Key Pieces Of Information About The Enhanced Horror System

Before you get started with the Enhanced Horror System, there are a few things you might want to know about it. That way, you can ensure that you are playing exactly the way you want to. Keep these pieces of information in mind as you get started playing the game!

You'll Need To Opt In

The Enhanced Horror System in this game creates a level of personalization that most other games simply can't reach. This not only makes the game better overall, but allows it to be more frightening as well.

Naturally, the developers want to make sure users are safe and they don't get in trouble if someone chooses to add the feature when they probably shouldn't.

Consequently, players will need to opt in to use this feature. This gives you a chance to make sure you're okay with how it will change your game play experience. Furthermore, players who are too young or who have some kind of health issue that may be effected can simply avoid adding it.

If you decide to purchase the game and want to make use of the Enhanced Horror System, make sure you read all the information provided for you carefully before opting in. Remember that staying safe is more important than adding to your horror experiences.

In that sense, The Blackout Club is a game that brings a whole new factor to playing.

What the developers of the game have done is bring in actors who can play different kinds of voices. These might be demons, gods, or just ethereal voices you happen to come across.

When you perform a ritual at certain points within the game, you'll have the chance to talk to those actors.

However, keep in mind that the ritual may or may not work. If it doesn't, you may still be able to hear small amounts of the rituals performed by others. In either case, it's sure to be a spooky experience that leaves you wondering just who it is you're talking to.

There are many, including myself, who find horror games to be more frightening than a horror movie. When you're in control of the character or characters who may end up dying, suddenly there is a lot more at stake. 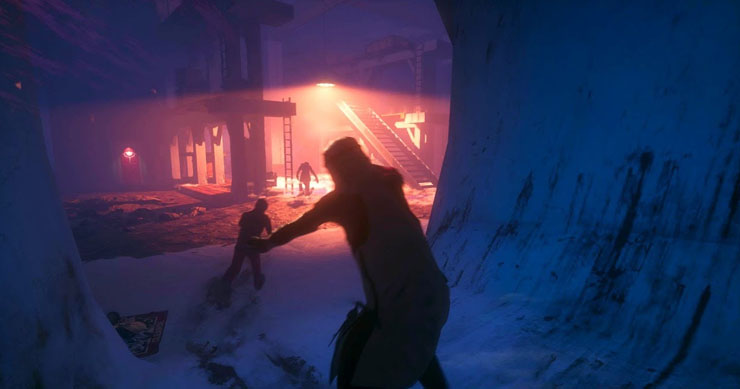 The fear can be quite palpable even when the game isn't capable of communicating with you directly.

The Blackout Club adds to that potential for fear when it gets the player involved beyond the roll of controlling the character. Suddenly, that character becomes you, with your name and your voice as part of the connection.

It will be interesting to see if players opt to fight harder to keep their character alive given the bond the game creates.

If you're a huge fan of horror and want to push the boundaries with regard to what you can handle, this is a game you need to check out! Make sure you add it to your list of games to play, and remember that the enhanced features are something you need to choose to add for yourself.

Do You Have To Use This Feature?

No. You absolutely don't have to use the Enhanced Horror System in order to enjoy the game. The creators themselves make a point of saying that if you refuse to opt-in to use that system, they will personally block you from it.

What that means is that you can then enjoy your game play without the worry of your voice being heard or recorded by anyone other than yourself (and your friends if you're playing with them).

While the creators want people to enjoy this feature, they understand that some people may be wary of it.

The Blackout Club was released on July 30th, so you can head on over to Steam if you want to play it on PC. Otherwise, it's also available on both the XBox One and the PS4, for those who prefer consoles.

Keep in mind that because it has been out for less than a month, there may be some fixes it needs to go through before it can be a perfect experience.

Don't forget your friends when you look into purchasing this game! It's bound to be a much more enjoyable experience when you're playing with people you enjoy. Work together to solve the secrets of the town!