Fortnite, the reigning Battle Royale game played by millions of people around the world, features a virtual currency called V-Bucks. Here's everything you need to know about Fortnite V-Bucks.

Many free-to-play games feature their own virtual currencies used for purchasing in-game items. If you don't believe us just download virtually any free game from the App Store or Google Play Store and you'll probably see currencies called diamonds, coins, crystals (crystals are quite popular among many f2p games), which can be bought for real money. 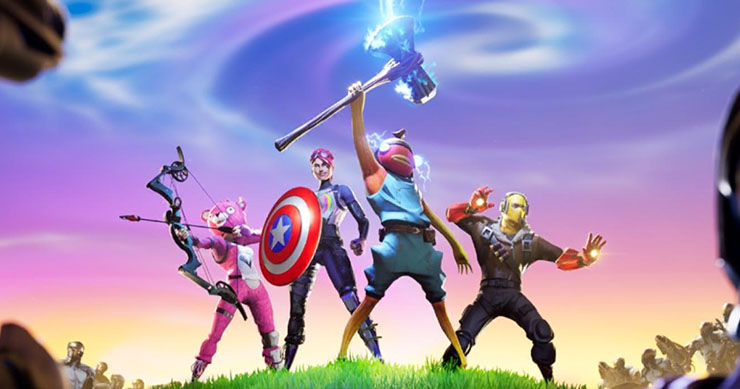 You then use the said currency to buy chests filled with loot, in-game items, various boosts, cosmetic items, new characters or heroes, and more.

Among games that feature in-game virtual currency is Fortnite and the game's currency is called V-Buck, short for Vindertech Bucks.

So, V-Bucks is the virtual currency used in Fortnite, both in its free Battle Royale game as well as in paid Fortnite: Save the World game. Since the Battle Royale mode is completely free to play V-Bucks are used as a way for Epic to make profit from the game.

The currency is used to buy various items and it's worth noting that not a single item buyable with V-Bucks will give you a competitive advantage.

V-Bucks are used solely to buy cosmetic items such as new outfits, new gliders, and special Fortnite Emotes and Fortnite Dances. Further, Fortnite Save the World also offers items in exchange for V-Bucks and these include new heroes, cosmetic items, and other items.

Do note that items from Save the World don't transfer to Fortnite Battle Royale and vice versa.

V-Bucks are also used to buy the game's Battle Pass, which gives players a plethora of challenges with each new Fortnite Season. Each completed challenge comes with a reward, usually new cosmetic items and free V-Bucks. 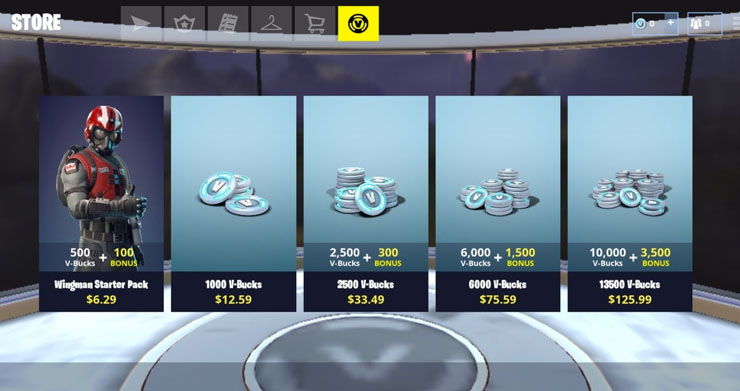 There's also a free version of the battle pass called Free Pass but this one comes with noticeably fewer rewards than the paid one.

Each Battle Pass (one Battle Pass per season) costs 950 V-Bucks meaning you have to spend at least $10 in order to buy one. Items in the store, on the other hand, costs anywhere between 200 and 2000 V-Bucks.

If you manage to complete all of the challenges offered in a Battle Pass you'll get plenty of prizes that are worth way more than 950 V-Bucks and you'll also get enough V-Bucks to get the next Battle Pass (that will become available once Fortnite Season 11 goes live) just by completing challenges found in Season 10 Battle Pass.

So, in theory, you can spend $10 on your first Battle Pass and then earn enough V-Bucks to get future Battle Passes just by completing challenges.

But you have to know that, in order to complete all challenges in a season, you have to play lots of hours of Fortnite. While you can buy V-Bucks for money there're also ways to earn free V-Bucks. Let's talk about that for a moment.

How to Get Free V-Bucks

There are multiple ways to get your hands on free V-Bucks:

Completing daily quests in Fortnite: Save the World

You can also play special Storm Shield Defense missions, which take place in Canny Valley and Twine Peaks regions of the in-game world.

In Battle Royale mode you can get free V-Bucks by earning daily rewards and by completing Battle Pass challenges. Daily rewards give you V-Bucks each time you log in to the game.

And don't worry in case you miss a day or two since the reward system doesn't restart in case you skip a log-in or two.

Battle Pass also comes with V-Bucks rewards and we already mentioned that you can earn enough V-Bucks from the Battle Pass to buy the next one.

What's worth mentioning is that even those who didn't buy the Battle Pass can earn some V-Bucks by completing challenges that are part of the Free Pass.

Sure, you won't get as many V-Bucks as with the regular Battle Pass but in enough time you will definitely earn enough to buy the next Battle Pass or some cool items from the shop.

Using PointsPrizes reward system can net you points you can then use to get V-Buck codes or to receive PayPal payments which can be used to buy V-Bucks.

The system is based on performing various surveys, by watching video ads, completing various offers that include installing free games or trying out new services.

And finally, be warry of various scams that can be found all over the internet offering "free V-Bucks." These are scams in most cases.

Yes, it is possible to earn free codes online but that always includes a certain level of commitment.

On the other hand, in order to earn PointsPrizes points, you have to commit and work by completing surveys or trying out games and services.

You see, here you have to spend some time and work towards earning points that can later be spent on getting prizes. You cannot just log-in and magically receive rewards.

Check out how to get free money online here.