Published in Entertainment and Lifestyle on 26th September, 2019

London is an incredible city, full of things to do, see and eat. If you're visiting the city and not sure what to do, then here are 19 activities you must do whilst in London.

Harry Potter is a huge tourism point for London, and the rest of the UK, which is why there are plenty of Harry Potter themed tours, museums and shops to enjoy. If you, like myself and most of the rest of the world, are a self-confessed Potterhead, you can't miss a Harry Potter Walking Tour, taking you around all the spots from the books and movies, with a bit of HP trivia thrown in too. 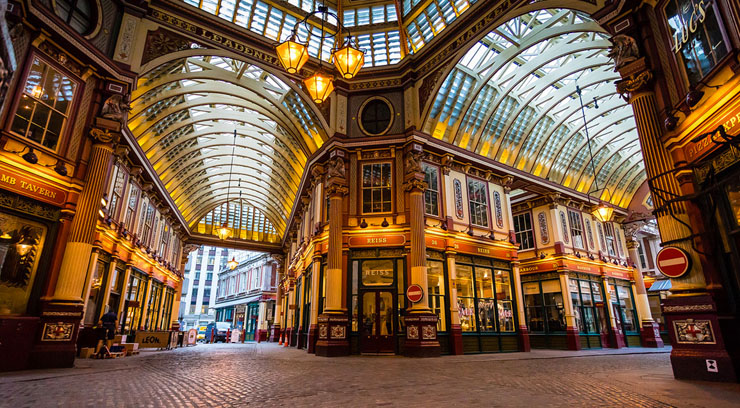 London has a vibrant nightlife and clubbing scene, as the largest city in the UK and one of the largest cities in the world, there's always something happening.

To best experience London's nightlife, grab a London Nightlife ticket, giving you free access to 19 of London's top clubs and bars, as well as access to a bunch of other experiences. Party the night away and once you're done, hop in an Uber to get home safe with a 15 Pounds uber credit.

For some seriously incredible views of London, check out the Sky Garden - also known as the walkie talkie due to its unique shape, this skyscraper features a garden amongst the clouds and a restaurant where you can dine with panoramic views of the city.

London has some of the coolest and most challenging escape rooms in the world, with tons of different options to choose from, whether you're looking for a team-building challenge, a fun activity to get you out of the rain, or a cute date-night activity.

Immerse yourself in sci-fi adventure, nuclear fallout events or a spy-hero escape scenario.

The Tower Of London

A prison and a palace all in one, the Tower of London is a must-see when you're in the city. Classified as a UNESCO world heritage site, this tower has survived some of the bloodiest periods of Britains history. 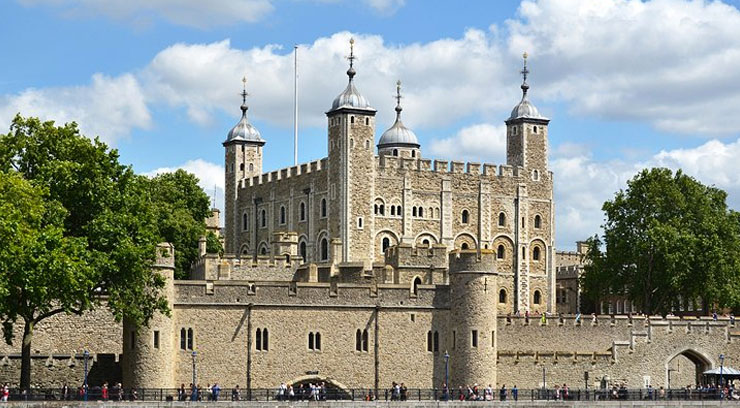 It also houses the crown jewels of the British monarchy, which you can see for yourself in the tower. Not only that, but the tower itself is a beautiful place to stroll around, with tours embarking every day if you want to learn a little more of the tower's history (which you should).

Located on London's south bank, the London Dungeons recreates the gory and macabre history of London, giving you an inside look into what life used to be like for prisoners, exploring historical events like Guy Fawkes gunpowder plot, the Black Plague, the Great Fire of London, and Serial Killer Jack the Rippers infamous murders, all with a twisted dark sense of humour and some fun thriller-themed rides to keep you on your toes.

What better a way to discover all the nooks and crannies that London has to offer than with a treasure hunt! Perfect for adults and children. London tourism company HiddenCity offers treasure-hunt-style experiences all over the city, with the clues being sent to your phone for you to figure out.

Get extra information from passers-by, solve the puzzles left around the city and compete in challenges set for you by other characters in the story.

London has many famous markets, and each has there own whimsical charm, but Borough Market is one of the best and comes highly recommended - so it's a must-do. It's London's most renowned food market, right in the beating heart of the city, showcasing the incredible multi-cultural nature of London, and the best street food in the city.

If it's raining, don't worry, more than half of the market is, leaving you to stuff your face to your heart's content in the warm and dry.

Visit the Harry Potter Set at the Warner Bro's Studio

As mentioned, Harry Potter based tourism is big in London, and if you're a Harry Potter fan then visiting the set where the movies were filmed at Warner Bro's Studios is an absolute must-do.

Take the Harry Potter Studio Tour for the full experience - see a mini-model of Hogwarts in all its glory, walk through the dining hall, see all the many sets, props, costumes and trinkets that went into the making of one of the worlds most well-known movie series. Wander the cobbled streets of Diagon alley and stock up on Berty Bot's Every Flavour Beans at the Harry Potter store.

Where better to do a pub crawl than London? With a pub on pretty much every corner, this is a cheaper, more authentic way to party your way through the city.

Get in on the action by joining the biggest pub crawl in London - a 5-hour marathon through some of the best bars, clubs and pubs in London. For 12 Pounds per person, you can get a free shot or drink at every venue you visit - making this one of the cheapest ways to party and get plastered in the city.

You could most certainly stay in London for the entirety of your trip and not want for entertainment, but that doesn't mean you should neglect the rest of the UK.

There are plenty of easily accessible day-trips from London to places like Bath, Stonehenge, Windsor or Oxford. In fact, you can even visit Bath, Stonehenge and Windsor in one big day-trip that'll take you around some of the most famous historical sites in England, including (of course) Stonehenge, Jane Austen's House, The Roman Baths, Windsor Castle and many more.

If you're looking to get away from some of the hustle and bustle of the city, give the lively student town of Oxford ago, home to one of the oldest academic institutions in the world, as well as some incredible architecture and fudge shops.

Taking a graffiti workshop right in the heart of Shoreditch has to be on everyone's bucket list. Even if you have no intention to go out and leave your signature on public property, you can appreciate the artistry that goes into the incredible graffiti artwork all over London, particularly in Shoreditch.

Not particularly artistically talented but still want to appreciate the hard work of the many Graffiti artists of London? Try a walking street art tour of London. There is an abundance of street art all over London, no matter where you go, but if you want to see the best of it, a walking tour has to be the way to go. 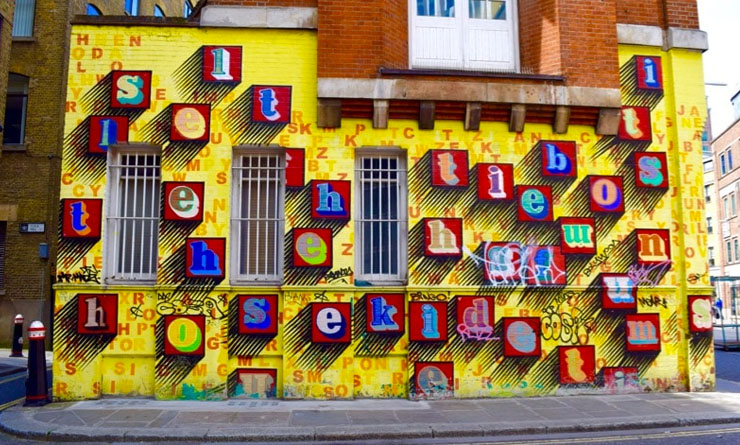 Got a thing for war history? Step back in time and into the very bunker that Winston Churchill and his Cabinet sheltered in during WW2. The Churchill War Rooms contain artefacts from the war, insights into what life during the Blitz was like, and is chock-full of fascinating information and war-time trivia.

Another quirky, lively and colourful area of London that should be on everyone's bucket list.

With a market to rival Borough Market and plenty of bars, shops and cute little cafes, Camden is a must, particularly for music lovers, since this area pays homage to some of the worlds most influential and iconic musicians, such as the life-size statue of Amy Winehouse right in the heart of Camden Town.

Go To A Comedy Show

There are many different comedy shows to be seen all around London, but if you're looking for something authentically London, then Instant Laughs is the place to go.

They host comedy shows featuring up-and-coming comedians from all over London, so you'll be guaranteed to see some completely new, original stand-up.

London Zoo is the worlds oldest scientific zoo, and one of the most famous zoos in the world. Dating back as far as 1828 and now hosting over 750 species, London Zoo s home to over 17000 animals - more than you'll know what to do with, which is what makes it such a fascinating outing for anyone interested in animals and looking to get out of the city a bit.

Go Up The Shard

Standing at over 300 meters tall, this 95-storey supertall skyscraper has been nicknamed "the shard" due to its glass-like appearance, erupting from the city skyline like a shard of glass sticking out of the face of the earth. 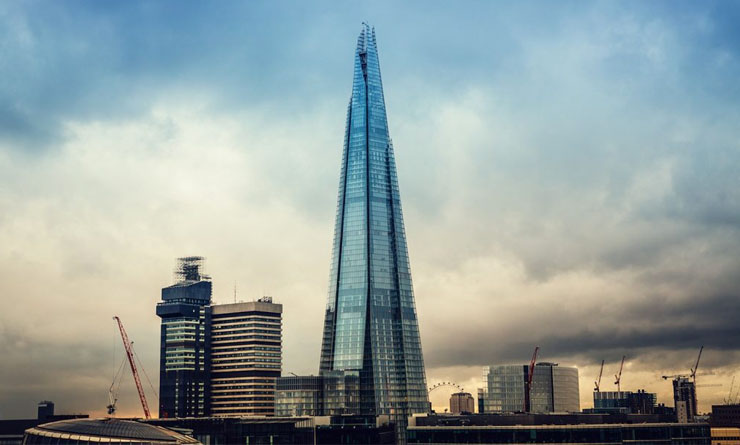 Of course, being this high, the shard offers some amazing views of London and is well worth a visit, so long as you're not afraid of heights.

Kayak Down The River Thames

What better way to get to know the River Thames - one of the most famous rivers in the world - than to explore it yourself by kayak.

Paddle past Big Ben, The Houses of Parliament, The Palace of Westminster, The London Eye and much more. Plus, you'll get a bit of a workout in with all that paddling, so once you're finished you can stop off for a pint and some chips in a pub.

Check out The Top tips for solo travel - Make friends, have fun & stay safe and The ultimate guide to travel to New Zealand.