Bored at school or at work? Can't access cool video games sites? Check out our list of best unblocked games for 2019 and end the boredom in a minute.

Many schools, colleges, and businesses block a great many sites. That usually means you can't play your favorite games, visit social network sites, or simply play YouTube videos once you get bored with classes or work. Luckily the Internet is filled with sites offering free online games that can be played anywhere, even in places with strict internet filters. 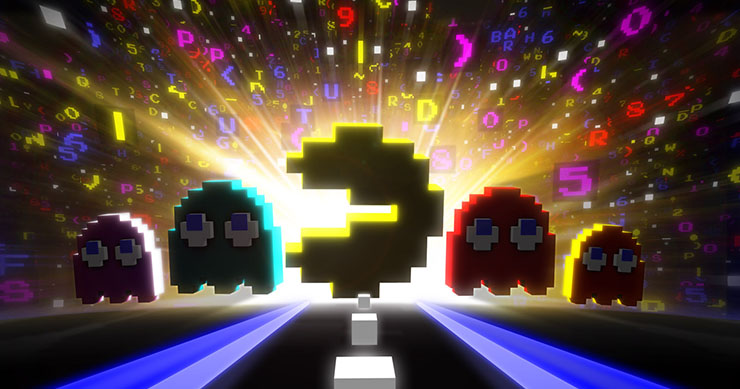 These sites, such as Kongregate and Miniclip, host a plethora of video games which are called unblocked games since they can be played even in places that block most other websites.

These unblocked games are often simple flash games that require your browser to run Flash content. The problem with running Flash content is that Flash is currently disabled at default in every browser, blocking users from visiting websites that host Flash content, including most sites hosting unblocked games.

Luckily, this can be turned off and you can switch your browser at school and work to simply ask you before enabling Flash instead just blocking the site.

To enable running Flash content in Chrome you should open the Settings tab. Once you open Settings click on "advanced" then on "Privacy and Security" and once you open the Privacy and Security settings tab go to "Site Settings." Scroll down until you see "Flash" tab, click on it, and make sure that the setting reads "Ask First" instead of "block sites from running Flash."

In Mozilla Firefox the process of activating Flash content is a bit more complex. First, you have to see whether or not you have the Flash Player plugin installed. Open Firefox, click on "Add-ons" tab and then click on "Plugins."

In that case you have to install the Flash Player - just type in Google "Adobe Flash Player for Firefox" - restart Firefox, and repeat the procedure shown above.

The best unblocked games to play in 2019

Okay, now that you have Flash enabled it's time to show you some very cool unblocked games. We found the ten best ones at the moment and along with each game we provided the link to the site the game's hosted on so you can visit the site and play the featured game right away.

Play it on: Friv Unblocked Games

Tunnel Rush is a cool little game that relies on tried and true gameplay formula that sees you racing inside an unlimited 3D tunnel trying to stay alive for as long as possible by avoiding various obstacles. Some are standing still; some are moving and every single one can end your run in a millisecond. The tunnel is bursting with colors making obstacles hard to see and as you advance through the tunnel your speed gradually increases, making the game harder the longer your run is. 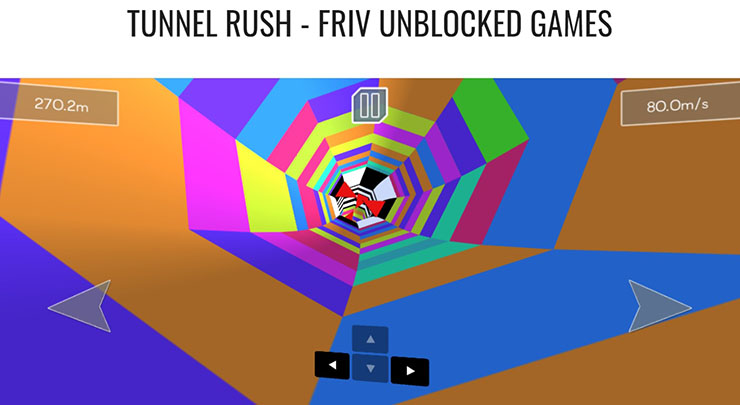 Tunnel Rush is a great unblocked game because it's extremely easy to play and because you can get lots of fun during each run, no matter how short it lasts. The game's also great because you can see getting better with each run and even playing it for 10 or 20 minutes is enough to see some improvement in your obstacle avoiding skills.

The classic title that is as popular today as it was back in 1980 when it was originally released (yes, this game's pretty old). The formula is extremely simple: control the famous yellow dude, Pac Man, while he eats dots and avoids the four nasty ghosts who roam each level trying to eat the poor Pac Man.

After you pick up special powerup dots (they are larger than your average Pac Man food) you can eat ghosts for a short time, allowing you to increase your score. Eat every dot on the map and you will advance to the next level. But if a ghost touches you, it's game over.

Another amazing unblocked game that's simple yet extremely addictive and perfect to play in short bursts, while you're bored or while waiting for a class to finish. It can be found on hundreds of different sites and if you're really bored and want something to play like, right now, just type "Pac Man" in Google search and you'll get a playable Pac Man Google Doodle.

The super addictive multiplayer game that can be played anywhere. The game's online multiplayer and since there are millions of people playing Soccer Stars at any given moment you shouldn't worry about finding an opponent. The premise is simple: you and your opponent have token soccer teams. The tokens can launch and kick the ball and the ball can move tokens it hits. Player take turns kicking the ball and the goal is scoring well, a goal. 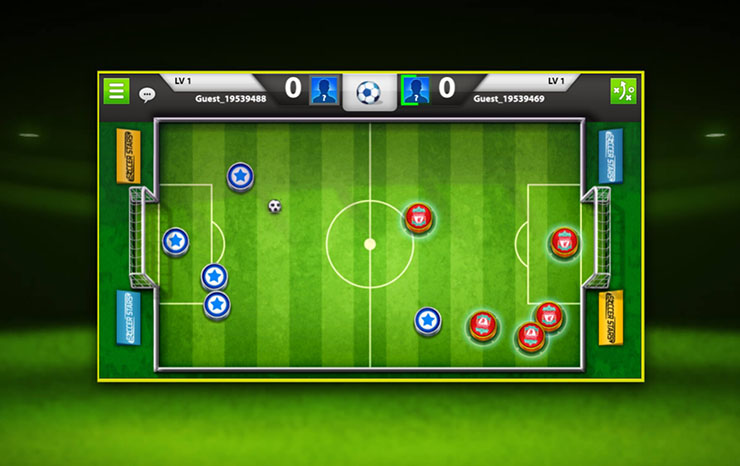 Whoever scores to goals first wins and that's about it. The game's super fun and addictive and perfect for playing during class breaks or near the end of a class since it usually takes less than five minutes for a match to end. You don't have to own an account to play the game, just click on it and try scoring some goals!

Play it on: Friv Unblocked Games

Another all-time cult classic Tetris is a game that simply cannot get old. The timeless gameplay formula of stacking differently shaped objects and trying to stay alive for as long as possible has that magical ingredient that keeps it fun and enjoyable for dozens of years.

The game can be played for five minutes or for a whole day. It doesn't matter how long you play it; Tetris always feels fresh and exciting. As is the case with Pac Man, Tetris can be found and played on hundreds of different sites offering free Flash and unblocked games.

One word of advice before you start playing Tetris: the game's super addictive and immersive so look around every couple of minutes because chances are you will get so invested while playing it that you probably won't notice the teacher looking over your shoulder.

Another multiplayer game where you have a goal of growing your circle while avoiding bigger circles and eating smaller ones. Agar is a multiplayer game with the game board always being populated by a plethora of players, some new and some experienced ones playing with circles the size of an average city. 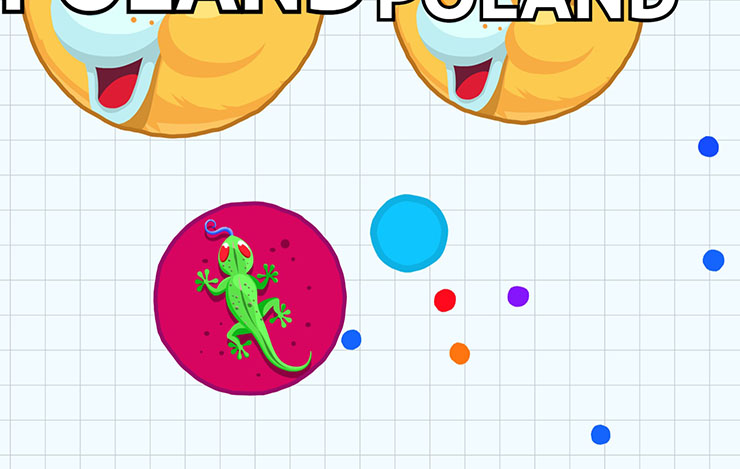 The magic of Agar is that the game can be played anywhere, anytime. You can play it for 30 seconds or for a whole hour, it doesn't matter. The game is suited both for ultra-short breaks and for long double classes where time stops running. You can play it without an account in case you just want to have some fun but if you plan on growing a mammoth-sized circle during the course of a school year it's better to create an account so you can save your progress.

This is a Flash version of Super Mario that is more interesting than the original Super Mario Flash. It has more levels that also have a better design than in the first Mario Flash game and it features a bit better optimization with more precise controls.

The game's fun (it's a Super Mario game, of course, it's super fun) to play and easy on the beginners. You have plenty of levels to play and this is one of those games that are better suited for classes where you have lots of free time to kill.

Play it on: Agar Games

The ultimate battle royale unblocked game. Survivio is a cult classic that gained lots of attention back when it came out because it allowed people from around the world to play a competitive battle royale game with just a few clicks with their mouse. The game features simplistic visuals that have immense charm along with almost perfect gameplay. 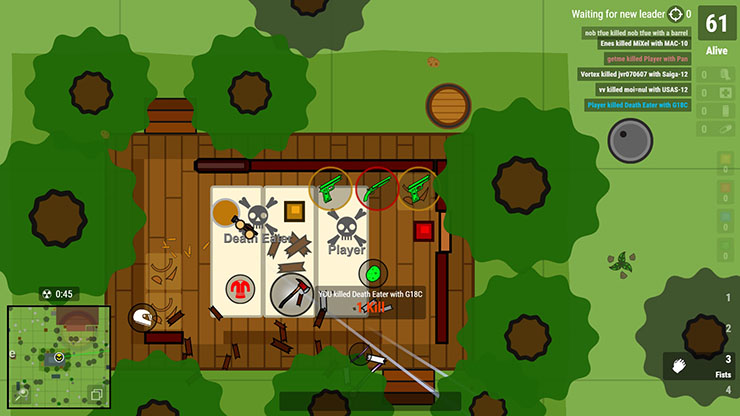 Each match lasts for about ten minutes making the game excellent for short moments of boredom but if you like this type of games you can immerse in Survivio for hours on end.

The only problem is that the game often puts you in the middle of a match, making the weapon and armor scavenge hunt a bit hard since other people already have weapons. But ultimately, this is probably the best multiplayer shooter unblocked game you can play right now.

The most popular online pool game is available as a Flash unblocked game that can be played literally anywhere. There are always tons of opponents waiting for you and many of them are newbies so winning games isn't super difficult.

8 Ball Pool Online features tight controls, superb optimization for a Flash game (the game runs perfectly on any PC, even that one in your school that was there back when your parents were kids), and really pretty visuals.

The game is really optimized for multiplayer matches and each match can be finished in less than 10 minutes. Best of all is that you can create an account and play pool against other people in the class.

If you want to play a game that's basically a mix between a classic battle royale and Agar.Io style game check this one out. YoHoHo is a pirate battle royale game that plays fast and features many upgrades. You don't collect new weapons here; all you have is your faithful blade and that's it. Your goal is to collect coins by looting them from chests or by killing other players. 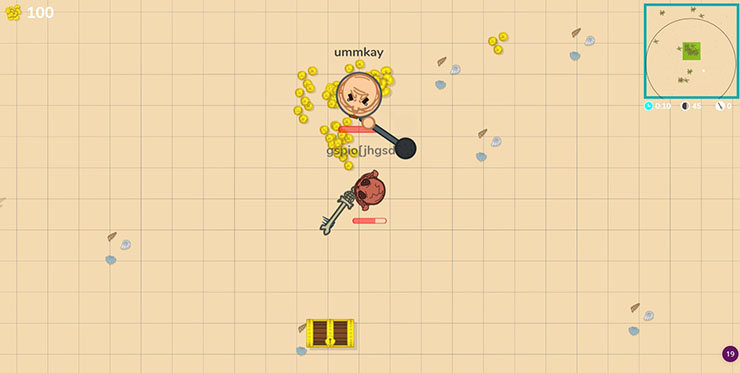 The more coins you have the more powerful your character becomes. Pick up enough coins and you'll get bigger, gaining health and increasing damage.

Once you get killed you go to the main menu where you can buy new characters that sport more health and increased starting damage. You can also advance and battle on new islands as well as buying pets capable of providing slow but steady health regeneration.

While this unblocked game features extremely short matches we recommend creating an account because there're just so many upgrades it's definitely worth saving your progress so you don't have to start from scratch during the next boring class.

SuperHot is a famous puzzle game that involves lots of shooting and lots of time manipulation. The bad thing is that the full game cannot be played on unblocked game sites. The good news is that the limited version of the game featuring earlier build of SuperHot is available as an unblocked Flash game.

And you should definitely play this one. The premise is that the time moves only when you move and in order to eliminate enemies you have to solve various puzzles that include stuff like guns and bullets, time manipulation while moving, and finding out how to kill enemies while managing to avoid them killing you.

Overall, this is an awesome game and it's pretty cool that it has a Flash version that can be played anywhere. If you're looking for an unblocked game to play during longer periods of time you won't get wrong by picking SuperHot.

Learn how to earn free Robux