Best Anime Movies Of All Time

Published in Entertainment on 4th October, 2019

As all great fans of Anime know, Anime is more than "Japanese cartoons". These carefully crafted stories are poetic and incredibly artistic, exploring deep themes and complex characters.

If you are new to the genre, here is a list of awesome Anime Movies to help get you started on your journey of discovery. 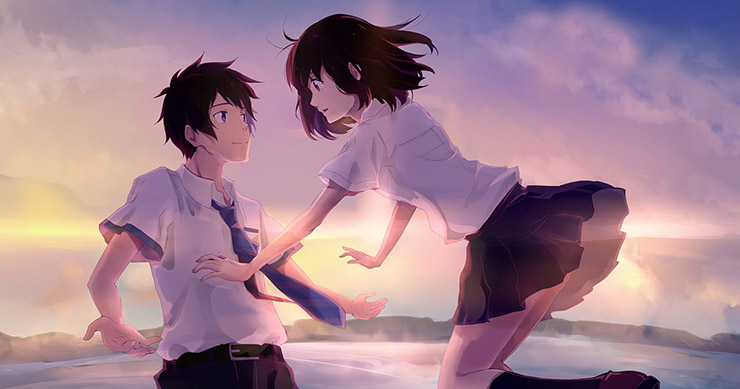 The source of inspiration for this Anime film directed by Rintaro is no doubt the science fiction classic we will all recognise with the same name from 1927. Rintaro's animated version found its way to us however through a 1949 manga novel.

The author of this novel, Osamu Tezuka was inspired to create it from his own imaginings of what the film must have been about, as he had only seen magazine stills of it.

The film explores human relationships. A robot called Tima, who was designed to rule the city, goes missing. Kenichi finds the robot wandering around in the slum streets of the city, and an intimate friendship is born.

The sweeping cityscape sequences in this film are breath taking and really show off the impressive modern advances in animation.

Directed by Katsuhiro Otomo, this is a story with iconic film potential. The story depicts the member of a biker gang who is turned into a murderous psychopath with psychic abilities by a secret military project.

He sets out to wreak havoc in the cyberpunk futuristic setting of Neo-Tokyo. The animation in this film is exceptional, utilising classic visuals to offer a sense of familiarity and draw the viewer in feeling that they have seen things referenced elsewhere.

The story is also a strong nuclear allegory, referring to the Hiroshima and Nagasaki attacks and reflecting the unease of the cold war period.

A more recent Anime film adapted from the director Makato Shinkai's own novel has had critical and commercial success worldwide, reported as being the highest grossing Japanese film of all time.

This low budget phenomenon is a poetic tale with emotional resonance about two high school students who swap bodies. One is a boy from Tokyo and the is a other a girl from Japan.

This story started off its life as a serialised manga, first published in print in 1989. Director Mamoru Oshii adapted the print version in 1995 and created the animated feature film Ghost In the Shell that we know today.

In this futuristic crime thriller a fascinating dystopian world is presented to us and a cyborg policewoman is on a mission to track down The Puppet Master, a sinister hacker.

The film has a noir vibe and the futuristic appeal of hit films such as Avatar and The Matrix. If you enjoy it, you can also watch the sequel Ghost In The Shell 2: Innocence.

Vampire Hunter D, directed by Toyoo Ashida is a post-apocalyptic-nuclear-holocaust anime movie made in the 80s, but set in the future.

You may roll your eyes and say - Oh not another one - but this one is different, this one is better, this one has vampires. The ever-present nuclear wasteland setting of these narratives reflects the consciousness of the time and is the perfect foundation for dramatic storytelling.

This horror/sci-fi comes complete with vampires and werewolves and is set in the year 12,090 AD. If that doesn't peak your curiosity, what will?

What would you do if you could step backwards in time? Would you use your newfound superpower for the greater good? Or would you be tempted to go back and help yourself?

This story, directed by Mamoru Hosoda, explores the consequences of selfishness and meddling with time, as the main character a high school girl does just that.

This is a plot that offers a magical and whimsical alternative to the dark dystopian settings and futuristic themes of other Anima films. It is a coming of age film that is both refreshing and unique.

This animated series features 37 episodes across three TV series. The Death Note is essentially a supernatural book that helps a young high school student in his attempt to rid the world of evil.

It's not complicated either, you just write a person's name in book, and they die. Of course there are some pretty horrendous consequences, which gives this story its complexity and intensity. As a result it has gathered a cult following in the US.

Satoshi Kon directs Perfect Blue, which takes a break from the explosive, disaster and space themed stories prevalent in other Anime films.

A simultaneously human and supernatural film, Perfect Blue is a complicated but highly relatable hybrid of genres. The story was originally written to be a live-action movie, but was reconceived as an animation after financiers pulled out prior to production.

It is about a retired pop star that changes direction into the world of acting, but falls victim to a horrible invasion of privacy, with stalkers and ghosts of her past haunting her.

The film explores the gritty reality of the celebrity experience, and the slow pace and dreamy style provokes thought and the questioning of realities we are presented with.

This ninja movie, directed by Yoshiaki Kawajiri and Kevin Seymour, is up there with The Ghost In The Shell and Akira as being one of the most influential Anime films ever made.

It was popular in the 90s for being an astoundingly dumb, yet beautifully made film. The film has been described as sexist, violent, but simultaneously cool. It remains a genre staple, despite its flaws.

I hope this list offers you some options, spanning over time, to explore a few different flavours of the popular Anime film genre. Enjoy!

Check out these Corny Jokes that will make you laugh! (funny jokes).