Published in Entertainment on 4th October, 2019

Keanu Reeves is a popular and successful actor who is also known for having a really genuine and down-to-earth personality, despite his fame and fortune. Keep reading to find out about some of the best Keanu Reeves Movies. 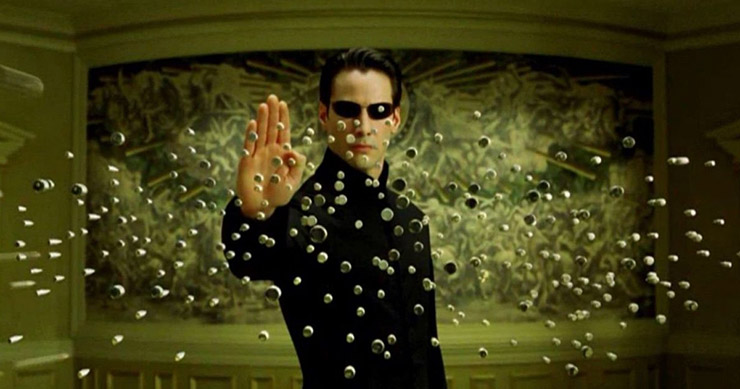 Some say that this was a character that was simply made for an actor like Keanu Reeves. The character John Wick is a man of few words who speaks with intensity through his glare alone.

The story is an action-packed quest for the retired hit man to find and punish the men who broke into his home, stole his vintage car, and murdered his beloved dog, gifts from a recently deceased wife.

This is the first in a film series, so those who watch it and become invested in the character Keanu plays and want to see more of the highly entertaining fight scene can look forward to enjoying more Reeves action in the films that follow.

We see Reeves in a bit of a different role to the action hero characters we are used to seeing him star as. He plays a conflicted young lawyer faced with the temptations being thrown at him left, right and centre in his newfound life of wealth and success after winning a high profile case and being recruited by a big city law firm.

This is a legal thriller with a sinister twist though, with Al Pacino playing The Devil in disguise, leading Reeves further and further astray as his wife is left to think she is going mad.

The first film that comes to mind when we think of Keanu Reeves is The Matrix. 20 years after launch, this epic film is still one of the most popular and influential sci-fi films enjoyed by all generations, tempting us all to fantasise about the possibility that nothing in this world we live in is as it seems.

The Matrix suggests that our life as we know it is merely a simulation, and Reeves' character Neo goes from working in an office cubicle to finding out the horrifying reality, via a truth pill.

This film is known for the slow-motion action effects of its fight scenes, and Neo's ability to dodge bullets. For hard core fans there are sequels to enjoy of course, but the first film still stands as the most memorable.

This adaptation of the classic horror novel is weird, haunting and beautiful all at the same time. Keanu Reeves plays the part of Jonathan Harper, a very different role to what you might expect him to be cast in. But the fact that he seems so out of place in this role kind of reflects the strangeness and dreamy vibes of the film itself.

A winner of three Academy Awards, this should be on your list of vampire films to watch. If not for Keanu Reeves' awkward performance, then for the fun and strange depiction of a well known story.

For an action hungry audience this cult hit of the 90s offers a pure adrenaline rush of cheesy surfer action combined with bank robbery, car chases, and shootouts.

Keanu Reeves plays an undercover FBI agent who infiltrates a gang of surfer bank robbers. It's a crazy storyline, but a creative adventure in which Reeves plays the perfect action hero. Also starring Patrick Swayze as the mystical surfer leader. Reeves fans won't want to miss this one.

If you have never seen this one, it might be painful for you to watch the character Reeves plays, as it is a bit "out there", and a far stretch from his usual cool presentation on the scene.

An entertaining film, and a classic of the early 90s all the same, we can suspend our belief just enough to appreciate the retro charm of time travelling in a humble phone box. Viewers will have a love/hate relationship with the crazy mannerisms and language of the characters. You will either cringe at the main character or think their air guitar playing is "excellent!".

Fans of Keanu Reeves will love the dynamic and developing awkward romance between his character Jack and Annie played by an extremely vocal Sandra Bullock in this high-speed bomb-on-a-bus thriller.

It is a tense journey with the characters on the bus as it drives through the busy city trying not to drop below 50mph. It's the sort of movie where you find yourself thinking - how on earth are they going to get themselves out of this one alive?

But then the bus does an unbelievable stunt leap over an unfinished part of the motorway and you realise that anything is possible and that Keanu Reeves is not just incredibly lucky, but also clearly invincible in this particular film.

I couldn't leave this one off the list due to its highly unique visual style. The film was shot digitally and then animated using a technique, involving animators drawing over each individual frame, called interpolated rotoscope, giving it an awesome graphic novel appearance.

Reeves plays the character Bob, a narcotics cop who becomes an addict when going undercover. This one is a must-watch for the stunning visual effects of the film.

Keanu Reeves stars in Toy Story 4 as the voice of Duke Caboom. Duke is a Canadian daredevil and motorcycle stuntman action figure.

Reeves has a reputation for pushing the development of his roles and was responsible for forcing the filmmakers to dig deeper into the character by probing and asking questions, which resulted in a much more well rounded character, with real motivations and fears.

Reeves fully embraced the role, helping to make it what it is on screen, rather than just providing a funny voice for a comedy role.

Keanu Reeves shows that he can play a full spectrum of roles in the list of hit movies he has starred in throughout his career. He isn't just a great action hero; he is also a thoughtful, talented and ambitious actor who likes to keep things real.