Published in Gaming on 7th October, 2019

Yup, Game Apps are a thing. Mobile exclusives, playing natively in portrait mode, and having simple touch controls, these are mobile-only games that can be played with just one hand. Here are the best five.

So, game apps, right? You see, mobile games started as a bastard child of PC and console games. You had mobile versions of big titles that were nowhere near their PC and console counterparts, featuring simplistic design and controls suited for physical keys found on early smartphones. 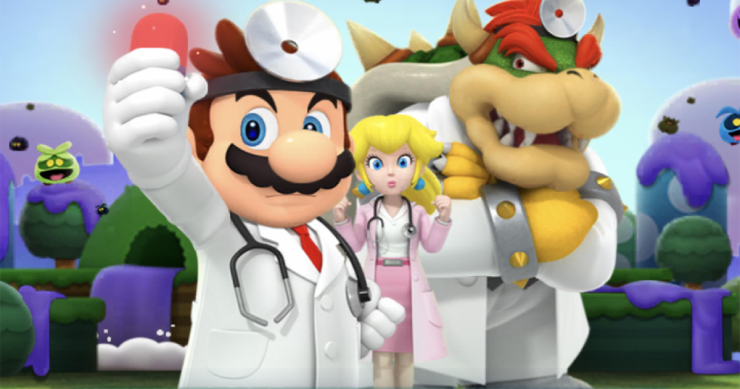 But, as mobile gaming evolved we got many different genres of mobile games. Sure, there are still mobile versions of famous PC and console games but today you also have ports of old console and PC games made for smartphones such as GTA San Andreas, Star Wars: Knights of the Old Republic, or Final Fantasy VII.

Then you have mobile-only games that feature virtual keys and joysticks that work best when played with a standalone wireless controller. And finally, you have mobile-only games that play in portrait mode and have simplistic controls allowing them to be played with just one hand like you would use a standard mobile app. Think of titles like Pokemon GO, Super Mario Run, or Flappy Bird. These are called game apps and today we will show you the best five of the bunch. And yes, every single one is free to download and play.

Pokemon GO and Harry Potter Wizards Unite are blueprints on how to make a massively successful game app that's completely free to play. They both are based on enormously popular franchises, feature addictive gameplay, and are extremely easy to play.

Pokemon GO is the mobile Pokemon game that uses GPS tracking and simplistic Augmented Reality elements where you have to actively search for Pokemon by going outside and walking around.

You don't even have to have the screen on while walking, just enter the game and set it to search for Pokemon. Once you stumble at one in the wild the game will notify you and then you have to take out the phone out of your pocket and target the Pokemon via the game's interface. Catch it and it's yours. You can also get Poke eggs, which hatch after you achieve a certain number of steps. The more you walk during a day the more eggs will get hatched.

You can use Pokemon you own to battle other players either by meeting with them and then battling in the real world or by reaching special points scattered around the world hosting Pokemon gyms.

Beat the gym leaders and take over a gym or have some fun with friends by doing casual Pokemon battles. Controls are simple and the game plays perfectly in portrait mode. Pokemon Go features special events taking place at real-world locations where players gather around and compete in tournaments along with occasional legendary Pokemon appearing during limited time events. 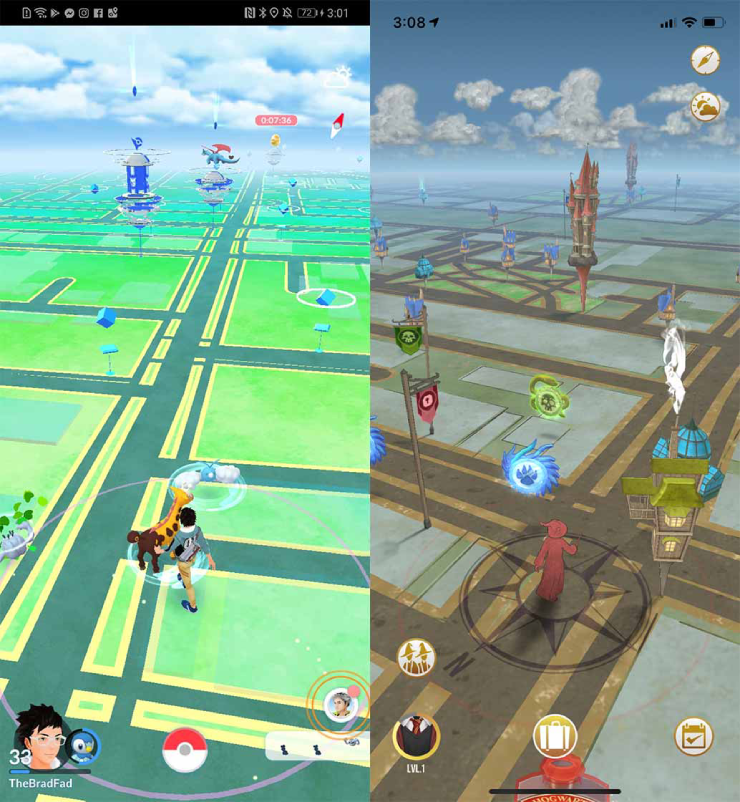 There's even an option to link Pokemon GO with other Pokemon games and transfer your Pokedex between games you own. There're hundreds of Pokemon to collect and the game can be enjoyed for months, years even, without getting stale.

Next, we have Harry Potter Wizards Unite, another game app based on GPS and AR developed by the same team at Niantic, based on the extremely popular Harry Potter series of books and movies.

Here you have to walk around the real world, reflected in the game's map, and search for items and creatures to unlock. Players can pick their wizarding house, wand type, and one of the three professions (Professor, Auror or Magizoologist) and then travel around the real world.

Collect cool items and creatures, craft potions by visiting greenhouses, visit inns to meet with other players and replenish energy, and attack fortresses and battle creatures from books and movies. The game supports real-time multiplayer where you meet your friends in real life and then together you clash with powerful foes in order to get legendary loot and help your wizarding house.

What to say about probably the most popular mobile game at the moment? Clash Royale is a global phenomenon that combines simple controls, real-time multiplayer battles, and high amounts of strategic thinking.

Most matches are played in multiplayer mode, against other players but there are various single-player modes for new players to hone their skills. The premise is extremely simple: destroy your opponent's defenses before they destroy yours.

You do that by sending various units marching across the field, letting them clash with enemy units while trying to keep them alive long enough to reach defensive towers and damage them. 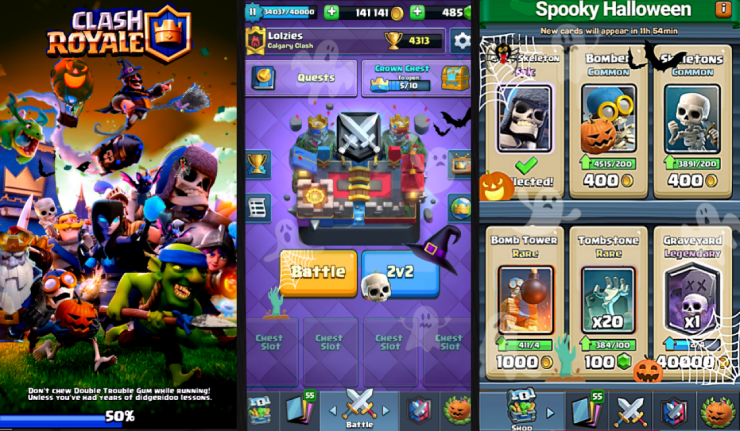 Damage a tower enough and you will destroy it, taking a bit of playing field so you can deploy units closer to your opponent. Units are divided into common, rare, epic, and legendary, and the game offers plenty of modes allowing players to gather various resources needed to buy chests containing unit cards needed to upgrade units.

The gameplay is simple yet addictive and Clash Royale is made to work in portrait mode. This one is another perfect game app since it can be played with one hand (although you'll probably choke your phone with both hands in the heat of a battle) and short time span of an average multiplayer match makes Clash Royale a perfect title for playing on the go.

Dr. Mario was a perfect time waster back in the days of NES and SNES and the latest reincarnation of the famous puzzle game is made for mobiles only. Dr. Mario World is a simple game that's extremely simple yet extremely fun to play. You have a screen filled with nasty viruses and the task on each level is clearing those by colored pills.

Everything can be controlled with one hand. You can control where a pill will land and then, once you create a color match, the pill will clear a couple of viruses. Repeat this until the screen is clear from nasty things.

The game is completely free to play, unlike the excellent but a bit expensive Super Mario Run, and there are enough levels in it to last you for months. On top of all that Nintendo is releasing regular updates that come with new stages and sporadic special events. This is a simple yet extremely well-designed game app with lots of charm.

Square Enix ported lots of their games to smartphones but all of them are titles with complex control schemes that work only in landscape mode. On top of it all, most titles are best played with a wireless controller instead of using their unintuitive touchscreen control schemes.

Well, Final Fantasy Brave Exvius is the complete opposite, a true JRPG title made for mobiles only. A game that plays in portrait mode and uses simple controls scheme based on taps and sporadic swipes. And it's great. 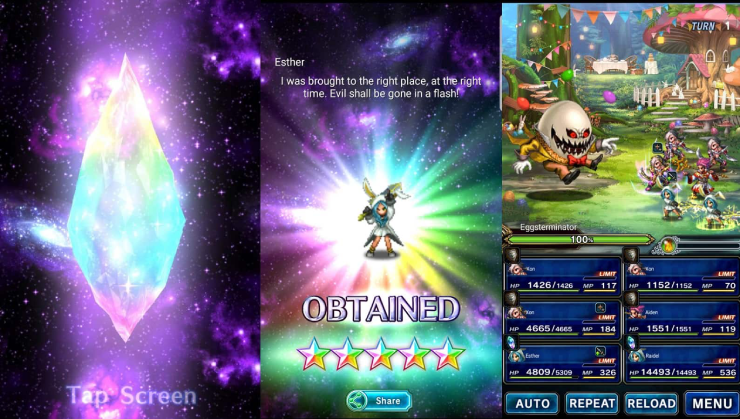 There's a huge pool of Final Fantasy characters players can collect and each update brings someone new. Final Fantasy Brave Exvius features an expansive story featuring a staggering amount of quests and dungeons to explore, each filled with turn-based strategic battles.

Battles are controlled with simple taps but there's a deep strategic layer stitched into each battle with boss battles requiring players to use their best characters and to combine their powers in order to bring down the biggest foes.

You can play the game just for 10-15 minutes per day or you can dive into it for multiple hours per day, the choice is yours and that's great since the game adjusts both to casual and hardcore mobile gamers.

There's also the multiplayer mode where you can play against friends or strangers online and these multiplayer battles can keep you entertained for months.

The excellent update system refreshes the game a bit with each update, bringing new features, new characters, new quests, and regular special events that usually award legendary characters, rare gear, or valuable resources. Final Fantasy Brave Exvius is perfect for anyone looking for mobile-only JRPG that's designed from the ground up for playing on the go.

Words With Friends 2 and Draw Something Classic

Last but not least, we have two casual titles that are excellent game apps meant to be played by anyone. Words with Friends 2 is the latest version of the world's most popular scrabble mobile game where you can challenge friends and strangers in a battle of spelling and vocabulary expansions.

The game's simple yet addictive, it features extremely simple controls and is perfect for playing it with just one hand. There's always someone ready to go into word battle with you so this one's perfect for any moment of boredom you might have.

Draw Something Classic is another game app aimed at multiplayer gamers. Challenge millions of people online, take part in various online tournaments, and show the world your drawing skills. There are tons of words to draw, divided into many categories. Another perfect title for killing time whenever you are.