Published in Entertainment on 10th October, 2019

Ian Curtis is best known as the lead singer-songwriter for the post-punk / rock band Joy Division. During his time with the band he recorded two albums: Unknown Pleasures and Closer.

Shortly before the release of Closer Curtis died by suicide, thought to be because of his ongoing struggles with epilepsy and depression. He was known for his distinctive dancing style, which mimicked the jerky movements his seizures would bring on and his songwriting, which often featured themes of isolation, desolation and alienation. 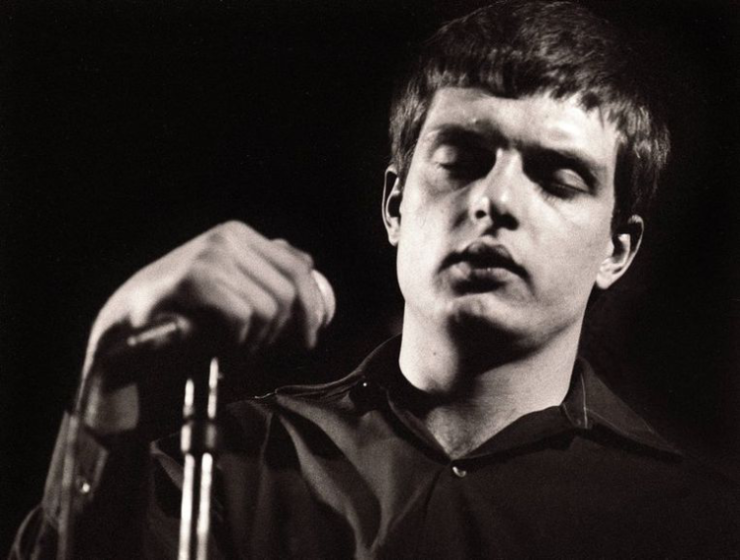 The Formation Of Joy Division

Joy Divison formed in Salford, England, in 1976, originally going by the name of Warsaw but later changing to Joy Division to avoid confusion with another band. Their early work never actually garnered much critical acclaim, being described as "generic punk."

As time went on, however, the band developed their own unique stye that was much slower and described as more of a "post-punk" style. Curtis was the bands sole lyricist, with his imagery and word choices often reflecting themes of coldness, pressure, darkness, failure, isolation and loss of control.' His background in literature and particularly poetry made him a gifted lyricist.

Before he was famous, Curtis was a pretty everday English boy. Born in 1956 in Stretford, Lancashire, to parents Kevin Curtis and Doreen Curtis. He was described from an early age as an intelligent child, taking a great interest in books, poetry and music.

At age 11 he was awarded a scholarship at Macclesfield's Independent Kings School where he further studied philosophy, literature, and poetry. As a result of these studies, he recieved several awards in recognition of his abilities. 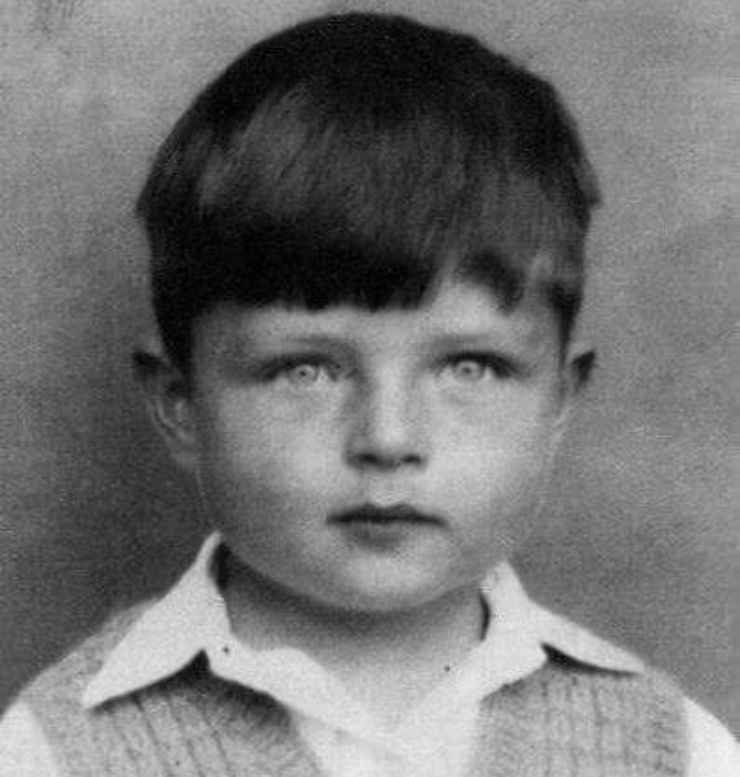 As a teenager, Curtis was known to engage in drug usage and petty theft, stealing pain killers from an old people's home and records from record shops. He soon abandoned his academic life to persue longer-term employment, working briefly at a record shop in Manchester before entering the Civil Service with the Ministry of Defence.

In 1975, Curtis married Deborah Woodruff, whom he had known since they started dating at 16. At the time of their marriage, Curtis was 19 and Woodruff 18. They later had one child in 1979, Natalie.

Life As A Musician

In July 1976, Curtis attended a Sex Pistols concert where he met three childhood school friends, Bernard Summer, Peter Hook and Terry Mason. The three mentioned their intentions to form a band, to which Curtis replied the same and went on to propose himself as a singer and lyricist.

The band formed, initially becoming quite unproductive until Mason took on the role of band manager and the group took on a new drummer, Stephen Morris.

Originally, the band went under the name "Warsaw" based on the title of one of David Bowies songs, but later renamed to "Joy Division" to dinstinguish themselves from London-based band "Warsaw Pakt".

According to band members, the name Joy Division was inspired by the 1955 novel House of Dolls, which features a Nazi Concentration camp with a wing called "Joy Division".

Whilst performing with Joy Division, Curtis became known for his quiet demeanor and odd jerk-like movements, that were reminiscent of the epileptic seizures he had begun to experience.

The bands first album Unknown Pleasures was recorded in April 1979 and sold out it's first 10,000 copies, rendring the band a true indie success story. Later on in the year they went on to perform on national television and support the band "The Buzzcocks" in their UK Tour, allowing the band members to quit their regular jobs. 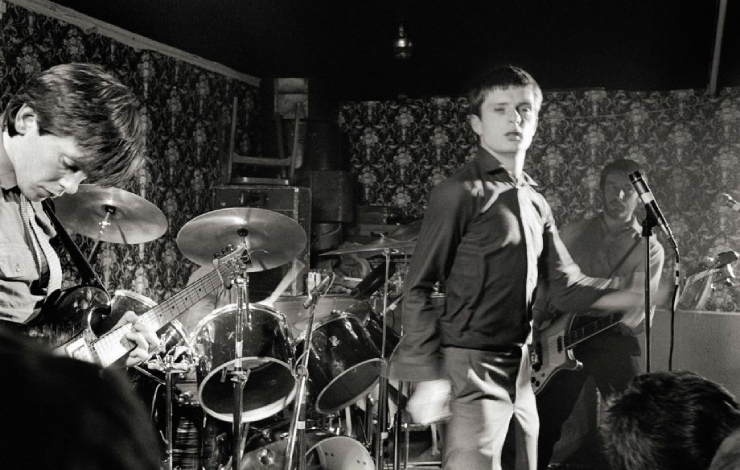 They garnered a large fanbase of most young men during this time, leading to their 1980 tour of Europe. However, this tour was thought to have taken a significant toll on Curtis' health and wellbeing, as he suffered increased seizures, lack of sleep and high pressure, leading to a failed suicide attempt. The band recorded their second album, Closer in March 1980, but Curtis would not live to see it's release.

Curtis was diagnosed with severe epilepsy in early 1979, with doctors describing his particular case as being so severe that "his life would be ruled to obselescence".

Curtis was prescribed a variety of medications that did help him live a more normal life, despite his condition. However, he was known to continue his habit of drinking, taking drugs and smoking, as well as having irregular sleeping patterns, which was thought to worsen his condition. Many of his medications affected his personality, resulting in mood swings and aloof behaviour. 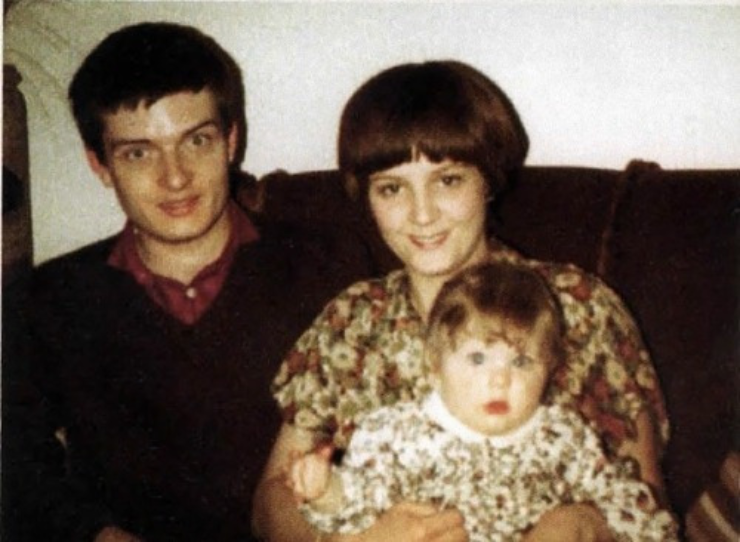 Shortly before his death at the age of 23, his wife Deborah started divorce proceedings due to his changes in mood and affair with Belgian journalist, Annik Honore. Curtis was described as being consumed with guilt over his affair, feeling that he had betrayed his wife and young daughter but nevertheless continuing his relationship with Honore.

In his final successful suicide attempt he wrote a lengthy letter to his wife, expressing his love for her despite his affair.

After Curtis' suicide, Joy Division dissolved, later re-forming to create New Order. Curtis's influence was still felt in the bands later music, with some of the songs featuring his Lyrics - or in the case of "Elegia" being dedicated to him. Bernard Sumner inherited Curtis' Vox Phantom guitar and used the instrument in several of the early New Order songs.

Despite his short life and even shorter musical career, Curtis' influence as a muscian continued to be felt worldwide, with tributes to his memory appearing across the world and even being selected in 2012 as a British cultural icon.

Joy Divisions influence continues to inspire many artists today, with other bands / artists such as U2, The Cure, Radiohead, Nine Inch Nails, Bloc Party and more citing Joy Division's influence over their music.

Check out the Best Series On HBO (List Of TV Shows).