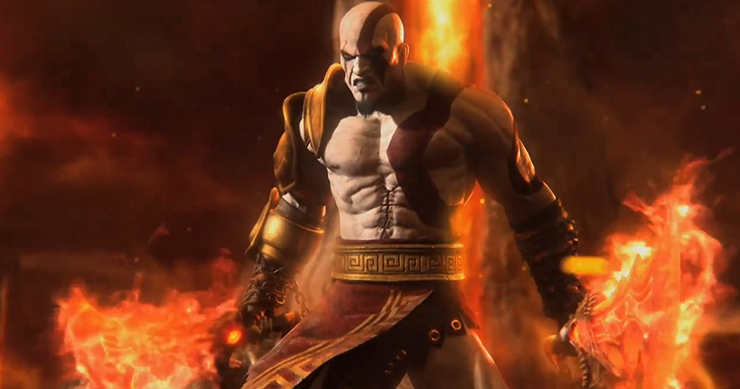 The game features lots of famous characters, the gameplay is tight and filled with bigger than life moves and every character is fun to play with.

In case you want to check out the game or if you are a seasoned player who lost their grips after multiyear hiatus from the game, we prepared a handy little PlayStation All-Stars Battle Royale guide.

It's not aimed at pros; instead, we wanted to offer new players and those who didn't play the game for years a solid knowledge foundation that will help them learn the game quickly and easy. Stay with us and find out how to be good at PlayStation All-Stars Battle Royale.

While the single-player campaign can feel too easy at times it is a great starting point for newbies. If you're new to the game or if you have forgotten to play it, you should definitely play the campaign. It's filled with gradually tougher challenges and will teach you all moves as well as how to pull off super attacks, the strongest moves in PlayStation All-Stars Battle Royale.

We also recommend playing the campaign with a couple of characters that use different fighting styles. Check it out with Kratos, who is a swift and agile fighter; with Big Daddy, who prefer raw power over agility and speed; and with Sack Boy, who utilizes wacky and over-the-top fighting style that includes lots of weird moves and insane (but not really effective) supers.

Remember that each map is dynamic with lots of scripted events

There are many maps in PlayStation All-Stars Battle Royale and each one is a little work of art that features lots of small details as well as lots of different scripted events taking place during a match. 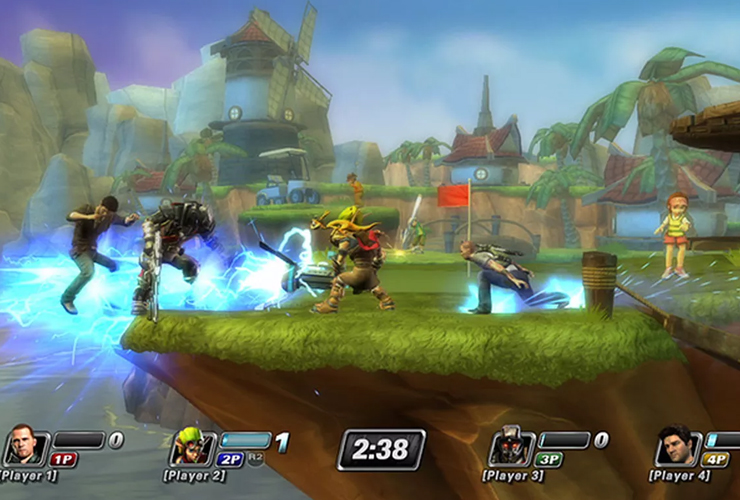 The floor might disappear, or some character tied to the specific arena can come out of nowhere and attack players without any warning; other times edges of a map may become deadly traps. The game is filled with these types of events and the only way to stay alive during them is playing each map multiple times and learning about everything that can happen during the match.

This is another reason why playing the single-player campaign is great for new players.

The campaign takes place across each map and once you beat it with multiple characters you will learn every map and will be ready for everything that the game might throw at you. The only exception is DLC maps, which of course aren't present in the campaign.

You have to check those out by playing against bots, friends, or online opponents.

Learn about weapon pick-ups on every map

Aside from featuring unique scripted events that can turn the tide of each battle in seconds, each arena features specific weapon pick-ups. While most weapons aren't game changers most can be really useful and you'll definitely want to pick up those on most occasions. A couple of weapons are really powerful and when you see one of those it's all about who will get to the weapons first.

Since in most cases getting a weapon won't decide the winner you simply have to study every weapon found in PlayStation All-Stars Battle Royale. Use each weapon and discover its power, strengths, and weaknesses. Then pick your favorites and you will know which weapon to look out for during matches, and which ones can be freely picked up by your opponents.

Check out every character before setting with favorites

Even if you find characters that work great during the single-player campaign that doesn't mean they will be a good choice for multiplayer. Our advice is to check out every single character available in PlayStation All-Stars Battle Royale. 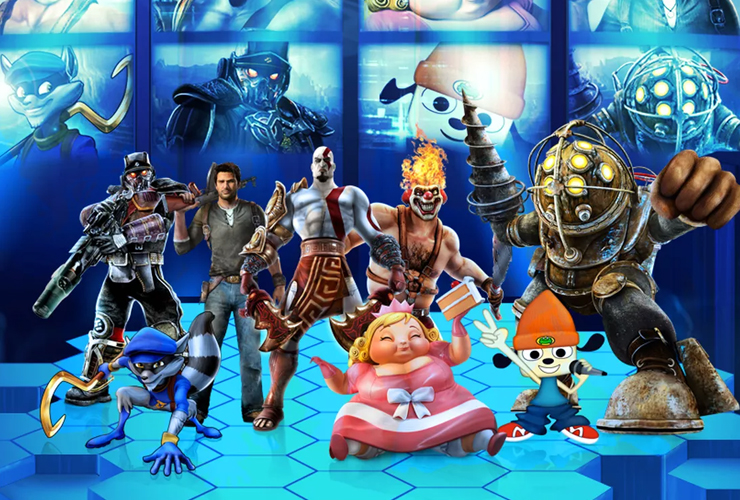 Play a couple of matches with each character; try pulling combo moves as fast as possible and test each character's behavior when defending.

Our advice is to avoid playing against friends when testing different characters. This is because both you and your friends already know each other's playstyle in detail so you know what to expect and how to play in order to have a bigger chance to win. It's much better to play against strangers on the internet to see whether a character who you think suits your play style is indeed as good as you think.

The practice is the key to becoming a great player, even with mediocre characters

While some characters are better than others you can become competitive with virtually every single character. The most important part of becoming a good player, no matter the character, is practice. Learn how your favorite plays.

Learn their strengths and weaknesses and use them to your advantage. Maybe your favorite is lousy against strength-based fighters. In that case, keep your distance against them, block their attacks, and seek moments when you can pull off powerful and fast combos.

In case your character is bad against fast fighters it is important to keep your distance at all times. Do not come close and do not use blocks, just jump as far away from them and try pulling off counterattacks when they are turned away from you.

In PlayStation All-Stars Battle Royale every character can be great, it all comes to mastering their play style. And this is another piece of advice worth noting. In case you have a favorite character but they don't use a play-style that suits you, it is better to just find another character to play with.

If you play with agile fighters who are hard to master, you can learn to be good in case you like playing with super-fast fighters. But if you simply don't like all those fast moves, super-fast combos, and would rather play with some huge beast with slow but devastating moves no amount of practice will make you good. Remember that.

In case you just want to have fun playing against friends and don't want to spend hours practicing with your favorite character, just pick Raiden or Kratos. They both are overpowered and both have incredible tools at their disposal. 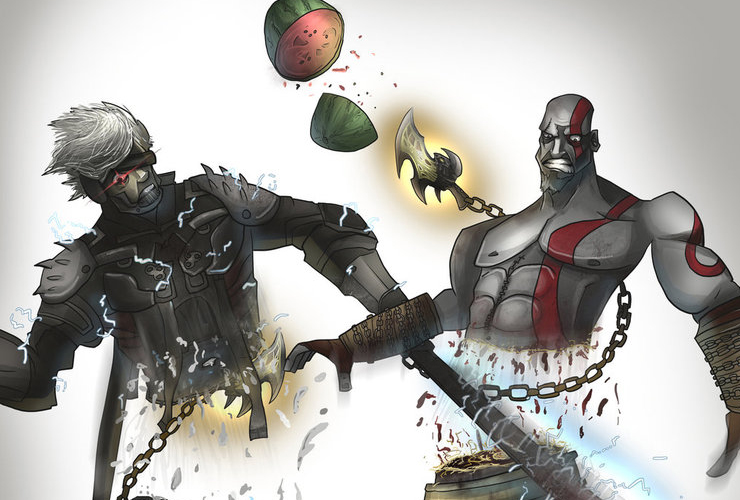 Raiden is a beast; he has the best combos in PlayStation All-Stars Battle Royale and can pull them off incredibly fast. His speed is superhuman and he is a dodge-machine. His attacks and combos fill the Super meter incredibly efficiently and, unlike most other fighters, Raiden's level 1 and level 2 super moves are both incredibly powerful and easy to pull off.

On the other side, we have Kratos, another character that's a breeze to play with. Kratos' attacks have incredible range and will damage opponents even when they create some distance from you.

His attacks are also pretty powerful and he practically doesn't have a bad attack. His speed can be compared to Raiden's and his attacks fill the Super meter really fast, but not as fast as Raiden's. Next, Kratos has combos that are really simple but powerful and he is an excellent choice against every single character found in the game.

Learn how to use L1, the block button

This isn't easy and practicing block will take hours upon hours of your time. Luckily, there's the single-player campaign which is basically a series of matches against bots and this is where you can learn how to efficiently block without getting your ass kicked.

Once you master blocking against bots it is time to start practicing against real people. Just have your friends pick characters they aren't good with and you try blocking their attacks, try lining up multiple successful blocks one after another.

PlayStation All-Stars Battle Royale relies on mastering the L1 button. The mastery of efficiently filling the Super meter is placed just below blocking prowess. The Super meter has three levels and each level, once filled, allows the player to pull off special moves that can be devastating. Most characters don't have level 1 and level 2 moves that are both devastating but each character has super-efficient level 3 super. 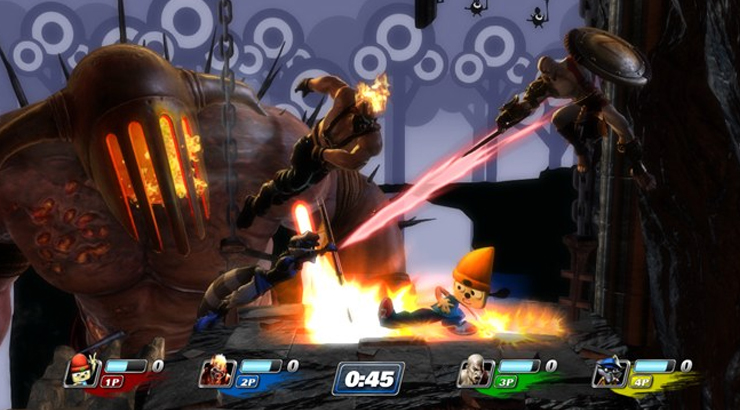 The Super meter is filled the fastest by pulling off combos and by blocking incoming attacks. Once you fill it up to level 1 you can perform the level 1 super attack but the thing is not every character has excellent level 1 Super. You should learn about Super attacks of your favorite characters and then use either level 1 or level 2, depending on which one's better. .

Sack Boy and PaRappa the Rapper, for instance, have weak and unreliable level 1 Super attacks so in case you play with those two you should wait for the Super bar to fill up to level 2.

But in most other cases level 1 super attacks are pretty powerful and it is best to perform a super attack as soon as you fill the level 1 Super bar. Of course, if you're in the lead and can wait for the bar to fill it's better to wait and bit and then to perform a devastating level 3 Super attack that will win you the game in most cases.

Last but not least, the way to a true mastery in PlayStation All-Stars Battle Royale is learning each character's Super attacks. This way you will know when they are ready to perform a Super attack by watching their moves since most characters have specific animations just before performing special attacks.

Also, by knowing what are special attacks of each character you will be able to get to a safe distance (in case of a Super attacks in area-of-effect), to avoid it (in case a Super attack is a precise ranged hit), or even to block it (in case your opponent plays with a character who has strong melee super attacks)..