Alternative Rock Bands You Should Listen To (What Is Indie Music)

Published in Lifestyle on 4th December, 2019

Music is undoubtedly one of the greatest creations of all time. It's a resource that allows us to connect with our own emotions, experience a sense of empathy and unite towards common goals. There are few places you can find brotherly love than in the crowds gathered to see great musicians.

Are Alternative Music And Indie Music The Same Thing?

At one point in time, these two terms would have been very similar. However, today we're more likely to find that alternative music fits more into the mainstream while indie tends to explore the edges of the music medium. 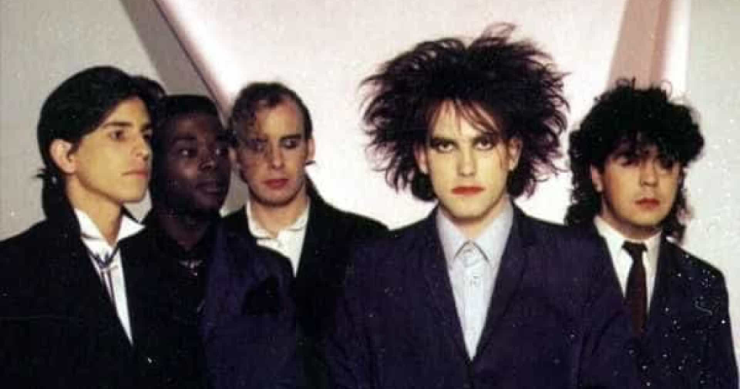 When alternative rock first entered the scene, it was new and unique. Many alternative rock bands take the standards of rock and combine them with other elements like grunge, electronica, punk and even folk music to create a sound that is all their own. Since its development, alternative rock has become incredibly popular.

On the other hand, indie music doesn't necessarily want to conform to what is popular at a given time. Instead, the goal is to become well known for something new. While indie bands can achieve high levels of popularity, they aim to do so through their own unique style.

Alternative Rock Bands You Should Listen To

While some of these bands might be familiar, you might find that you haven't quite explored others. The good news is that they're all gathered here for you to look through. I've even listed some of the more popular songs for each band so that you can get a taste of what each sounds like!

This is a fantastic band with a number of songs with continued popularity over time. Those who recognize the song "1979" will remember the heights of popularity The Smashing Pumpkins reached. While they may not be as prominent today, they are still striving to create great music.

Most recently, the band released an album titled "Shiny and Oh So Bright". The album was released in 2018, 30 years after the band first began in Chicago. Since that time, they also developed 9 other albums in the studio. They've certainly put a lot of work into their musical career.

If the words "Barbie on a grill" invoke any memories in you, then you just might remember Soundgarden's popular song "Black Hole Sun". While this is only one of many songs filling up 6 albums, it's one that has lasted in the minds of many who grew up in the 90's.

With an entry into the music industry in 1988, the band had good times and bad until it reached a final, devastating, conclusion in 2017. While the band may not be making any new music, it's hard to forget the greats they have already brought us, like "Spoonman" and "Outshined".

There are few out there who haven't heard of U2, but that doesn't mean everyone knows their music well. Coming from Dublin, this band has been on the scene since 1976. That in itself is quite a fantastic achievement in itself. On top of that, 16 albums have come from this band, not including extras like live albums. That's a lot to explore!

Even if you're unaware of most of U2's music, it's likely you'll recognize some of their big hits like "Mysterious Ways", and "Sunday Bloody Sunday". If you're looking for a new alternative rock band that can introduce you to meaningful lyrics and a lighter sound than some others out there, get U2 on your Spotify list!

The funky sound of this band is sure to have you singing along. With a unique flair on the music they create, the Red Hot Chili Peppers have managed to develop the perfect music for road trips. Having developed 11 albums since its birth in 1983, this is one band that knows how to keep rocking.

If you're searching your mind for songs that you can connect with this band, the song "Californication" is sure to jog your memory. A few of their other great hits include "Under the Bridge" and "Otherside", but those definitely aren't all they have to offer! Make sure to check out all the different albums to discover their full range of sound and style.

If you're looking for a unique sound and some serious political commentary, The White Stripes should be the next band you check out. With songs like "Icky Thump" and "Seven Nation Army", you'll get a good picture of the band's views on certain hot-button topics.

The duo that make up this band got their start in 1997. With 6 albums since that time, there have been quite a few good songs that are well worth a listen. Whether you're looking for something catchy like "My Doorbell", or something a bit more unique, they've got it.

Of Monsters And Men

As one of the newer alternative rock bands on this list, Of Monsters And Men was first developed in 2010. Additionally, it's a band from a location not many people might expect, Iceland. Those with limited knowledge on the rest of the band's songs might recognize the song "Little Talks".

What makes this band unique is the way it combines rock with a unique folk sound. Folk music doesn't often make it's way onto popular radio stations, but Of Monsters And Men knows how to modernize the sound in a way that is very appealing to today's audiences.

When Kurt Cobain met his untimely demise, Dave Grohl continued to seek out the power of music in his own way. From that effort came the Foo Fighters in 1994. While some of the songs created by this band might have a style reminiscent of Nirvana, most of the songs are largely their own.

Such songs include hits like "Monkey Wrench", and "My Hero". With 9 albums, this is a band that certainly can't be considered a failure. It has gone on to create some really fantastic songs with deep, intense meaning. Nirvana fans are especially likely to appreciate the Foo Fighters!

System Of A Down

System Of A Down is another band with an incredibly unique style, complete with vocals that you won't be able to forget. Since the band's start in 1994, it has successfully rocked the stage with excellent songs such as "Question!", "B.Y.O.B.", and "Hypnotize".

The lead vocals give this band a cool and distinctly eerie vibe. Songs often shift gears quickly from slow melodies into rapid turns of phrase. Many of their songs also comment on important stances, themes and concepts that many are likely to relate to. If you love bands that offer something truly unique, System Of A Down won't fail you.

As one of the oldest bands on this list, The Cure will offer you plenty of songs to explore and enjoy. With 13 different albums, you'll be able to check out great hits like "A Forest", and "Lovesong" as well as a great many more.

What you'll find with the cure is that it combines a bit of post-punk and gothic rock with alternative rock. As a result, the band achieves a unique sound that many are sure to enjoy. While no more albums have been released since 2008, you can expect great things for all the albums prior to that time.

Rage Against The Machine

This is another band that provides not only musical prowess, but also messages on important political issues. Since 1991, the band has created numerous songs that provide their take on hot-button topics. It's truly a band that provides a sense of standing together against the system.

With a unique combination of rap, metal and rock, Rage Against The Machine provides a sound apart from anything else you're likely to hear. From "Bulls On Parade", to "Testify", each song only proves to be more powerful than the last. Make sure to check them out!

A casual classic in this list, Counting Crows is a great band to listen to when you want something on the lighter side. Many of their songs comment on important issues, while others describe the emotions involved with falling in love or discovering new fame.

From their start in Berkeley California in 1991, this band has released 7 albums. Most recent was a 2014 entry titled "Somewhere Under Wonderland". You can't go wrong with exploring each album. You're sure to find "Mr. Jones", or "Big Yellow Taxi" stuck in your head after! The sound offered by this band is soothing and upbeat with meaningful lyrics.

Most people have heard of Nirvana, but there's a decent chance you may only know of their more popular songs. Hits like "In Bloom", and "Lithium" have had plenty of playtime on the radio, but there are many more that haven't quite gotten their time in the spotlight.

There are 3 albums offered by this band, but you can certainly expect that the quality far beats the quantity. The combination of grunge and rock gives Nirvana a cool vibe that you're sure to enjoy. No matter where you are, a bit of Nirvana can really brighten your day.

Radiohead is another band with a great vibe that is easy to like. Coming from England, the band offers a combination of rock and electronica that catches the attention of anyone listening. They also have some really interesting songs, from "Creep" all the way to "Paranoid Android".

If you decide you like their sound, there are 9 whole albums that you can listen to. You're sure to find many new favorites, from their 1985 beginning all the way to their most recent addition "A Moon Shaped Pool", which was released just a few years ago in 2016.

This fun band is sure to have a number of different songs that you might recognize from the 90's. Hits including "Wonderful", "Slide", and "Santa Monica" can all give you a good idea what kind of sound to expect from the rest of the 9 albums that bear the name Everclear.

With an entry into music in 1991, this band has continued to songs you can easily bop along to. Whether you're on the go or wiggling around the kitchen as you cook dinner, Everclear is a great choice. It's hard not to enjoy the grunge flair on these songs.

It's especially wonderful to find a new band when they have a huge number of albums to experience. R.E.M. is one of these bands. With 15 albums, you're unlikely to run out of songs by this band to enjoy. With songs like "Losing My Religion" and "Everybody Hurts", this band offers songs for just about every mood.

Furthermore, this is another band that combines rock and folk music in a way that is enjoyable to modern audiences. It's because of this that R.E.M. has been rocking the scene since 1980. That's nearly 40 years of fantastic music to enjoy!

It would be quite a surprise if you haven't heard of Green Day, but this is another band with far more great songs than just those that have made appearances on the radio. With 12 albums, it would be hard to ignore all the other options available.

Most recently, the band released an album under the title "Revolution Radio". It only gets better from their as you dive into the band's history all the way back to 1986. Don't forget to stop by "American Idiot", "Basket Case", and "Pulling Teeth" for a listen! You won't regret taking a closer look at what this band has to offer.

Other Indie rock bands you should listen to: