Published in Entertainment on 2nd January, 2020

There are some movies that stand the test of time, and some filmmakers we never seem to forget. Federico Fellini is just one such example. If you're a movie lover, then you definitely need to check out some of the films he's managed to create in his lifetime.

Below, you'll find a list of some of the most unforgettable Federico Fellini movies out there. These are the ones you'll want to make sure you take a look at if you're interested in what this director has to offer. Add them to your list, make some popcorn and get ready for a great time! 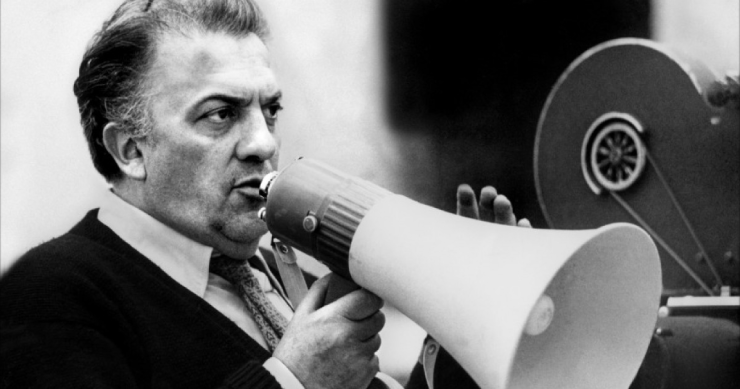 Who Is Federico Fellini?

You can't study the greatest filmmakers of all time without studying Fellini. This screenwriter and director lived from 1920 until 1993, creating films for around 50 years of that time. Many of his films take on stories that hint at important lessons and historical events.

Additionally, you'll find that some of his films take normal aspects of life and twists them into something surreal. This really adds to the overall interest and it can provide comments on just how strange and confusing certain aspects of life can be when you're the one experiencing them.

If you're a fan of Fellini, or just a fan of great movies in history, then these are some films you won't want to miss. Having earned one of the top spots in the movie industry, Fellini is known as one of the very best out there.

La Strada tells the story of a young woman who ends up married to a strongman through no efforts of her own. Struggling with money, her mother chooses to sell her in order to get by a little more easily. As a result, she ends up stuck with a man who is abusive, struggling to stay happy as they travel from show to show.

Things start to change for the woman when she meets Il Matto. With similar hopes and dreams, the pair become close, and she begins to think about leaving her husband behind.

This is a story that considers the kinds of changes a character can go through. While many may not be fond of the protagonist, Rubini's actions, we can still follow him through the movie and watch him evolve as the plot develops.

A restless romantic spirit, Rubini deals with relationships from several angles. On one hand, he must work through his girlfriend suffering an overdose. On the other, he seeks out new romantic entanglements with a movie star and an heiress. Only time will tell if he discovers what is most important in his own life.

Roma is a film that takes autobiographical films to a new level. It follows a fictionalized version of Fellini himself both in his life as a young man and later on as a well known filmmaker. On top of noting the differences in himself at various stages of his life, the film also depicts the differences in Rome.

Throughout the film, you'll see some major changes between what Rome was like in the 1930s to 1940s, then a new view of how the city had developed by the 1970s. While it is an older film, it's worthwhile for those interested in seeing just how cities like Rome can grow and change.

And The Ship Sails On

This 1914 film provides an interesting take on the way that citizens of a country and refugees can come together. Intended as a cruise to release the ashes of a famous singer, several citizens enjoy their time on the ship. However, it isn't long before they discover Serbian refugees on board the vessel.

The groups appear united in celebration until danger comes to the vessel in the form of an Austrian flagship. It is at this point that the refugees are given over, and some serious lessons about standing together are learned. It's definitely one to add to your film list.

Il Bidone is a film that spreads the lesson that a life of crime really doesn't pay. Having worked as a con man for many years, Augusto's life is turned around when he runs into his daughter. Upon learning about her financial struggles, Augusto begins to feel differently about the connections in his life.

In an effort to help her, he plans one more con. However, without the help of his usual partners, the effort ends in failure. Instead of their usual success, Augusto is left on his own, beaten and struggling to face the consequences of the life he created himself.

Casanova is another story that shows us just how empty life can become when you spend more time looking for pleasure than meaningful attachments. Adventurer Casanova spends his time seeking lover after lover, enjoying the company of as many women as he can.

However, as he and those women age, they find reasons to leave him behind in search of more meaning. For each that leaves, Casanova finds that there is a little less meaning in his life. How will he deal with the changes? You'll have to watch the film yourself in order to find out.

This is a film that takes a look into the lives of people who may not feel they are reaching their potential. Though the group of young men in this movie is filled with ambition, the group is stuck in a small, unexciting Italian town.

One man in the group, Fausto, seeks to cure his boredom by seeking out the company of women. Even though he is married and has a child, Fausto neglects to make any changes in his woman-chasing lifestyle. After many indiscretions, his wife finally gives up and disappears with their child.

Just about every creative individual is familiar with the concept of hitting a creative wall. In this movie, the filmmaker Anselmi is experiencing exactly that. Though he is working to get a new film off the ground, he's finding that he's just not as inspired as he used to be.

Through some intense introspection, Anselmi begins to find new inspiration in his own life experiences. As he begins to include these inspirations in his new film, it takes on a more autobiographical nature. Overall, this film depicts the interesting stories that we can find within and how they can become important to the outside world as well.

Those who enjoy a more surreal experience are sure to appreciate this film. It follows a character known as Titta, who may be seen as a young troublemaker. After getting into a bit of trouble, Titta's group spends some time viewing the eccentricities of some of the local people.

As time goes on, Titta's difficult home life and odd experiences lead the story to become stranger and stranger. The standard life issues of a young, rebellious man begin to take on a more surreal nature, which is sure to leave the heads of viewers spinning.

The most meaningful dreams never die, and the protagonists in this film are proof of that. While Amelia and Pippo, the dancers, have been all but forgotten, they still have the spirit to earn their place in the spotlight. They prove this to be true with a final ballroom dance to show what they can do.

To their surprise, they're included among what might as well be a carnival of other entertainers. Just as the show is about to slip into a sea of vulgarity, the dancing duo is introduced to the stage. The pair earn the admiration and awe of everyone as their charming dance improves everything around them.

The loss of a romantic relationship can be severely damaging to anyone, but it proves to be especially awful for a man named Encolpio. When he's abandoned by this love for the arms of another man, Encolpio believes that there is only one solution to his pain.

However, before he has a chance to end his life, an earthquake strikes. Due to the destruction of his home, he ends up traveling Rome instead. As he moves from experience to experience, things become more fantastical and strange. This is one you won't forget!

Variety Lights tells the story of deep ambition and the steps a young woman is willing to take in order to achieve fame. It begins with Checco, the manager of a traveling troupe. As you might expect, such a manager is often looking for new acts to spice up the show he has to offer.

In his search, he finds a young woman named Lily. After hiring her on, he discovers an immense amount of growth in the patronage of his show. The question is, how far will Lily reach for true fame? You'll have to watch for yourself in order to find out!

Spirits Of The Dead

This is an ideal film to watch if you're a fan of the horror greats as well as Fellini himself. Combining three stories into one film, Fellini takes this opportunity to pay homage to Poe himself. In these three stories you'll encounter murder, violence and addiction in its deepest forms.

In ths first, you'll learn of a woman who enacts the greatest revenge upon a man who scorns her claims of love. The second follows a man who tries to heal himself through religion, but it unable to keep his impulses in check. Finally, the third depicts the struggles with alcoholism that an actor faces.

There are many out there who know just how hard it can be to find love. Unfortunately, the young woman in this film, Masino Giulietta, is far too trusting for her own good. This leads her to experience a number of betrayals, including robbery and assault by a boyfriend.

However, an accountant finds her to be incredibly enchanting. Though he may not be exciting as other men she falls for, he may have something more to offer. Could he possibly be the one? You'll have to watch to find out!

Juliet Of The Spirits

Sometimes, contact with the spirits can give us something more than we expect. Though Giorgio's suspicious behavior leads his wife to wonder where he's spending his time, it isn't until he holds a seance with friends that the truth becomes clear. Though he hopes to speak to them himself, they visit his wife, Giulietta instead.

With the help of the spirits, she learns the truth of her husband's actions. Things only get stranger from here, so you'll want to make sure to check this one out! It's not too often that ghosts are the ones who reveal such a terrible truth, but one Giulietta may have a chance to get away from.

City Of Women is a film that takes a look into an older view of sexuality and the differences between the genders. It depicts a man by the name of Snaporaz discovers a beautiful woman and proceeds to follow her, something that would be found quite unnerving in modern times.

As the trail comes to an end, he finds that she has led him to a hotel filled with women only. Unwelcome in this sanctuary, he has to find a way to escape. Well he find help, or suffer the consequences?

Few things can disrupt a marriage like an obsession. This comes into light when Ivan and Wanda discover interruptions in their honeymoon due to Wanda's infatuation with a celebrity known as "The White Sheik". More and more, this becomes a problem between the newlywed couple.

Eventually, it leads to the disappearance of Wanda. Meanwhile, Ivan is left juggling between trying to locate her and making sure everything appears normal to their friends and family. We can only hope that Wanda comes to her sensesm but you'll have to take a look at this movie yourself to find out if she does.